As our other favorite Clayton, you may remember how truly amazing Garrett was in Teen Beach Movie on Disney Channel, The Fosters, Hairspray Live! or any of the other impressive acting roles on his resume.

It was only a matter of time before we decided to make our love official and that time is now. We learned a few new facts about Garrett that you definitely must know if you're crushing as hard as we are.

Read about them below! 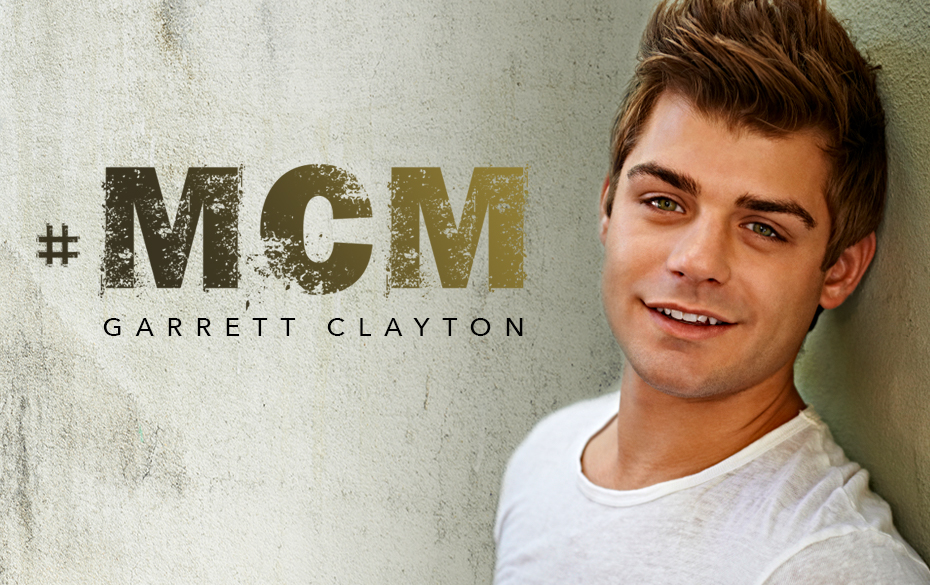 1. He lives by the fact that iced coffee is everything, but also admitted to being a straw-chewer. It's a quirky habit, but a common one. He's way more relatable than we thought.

2. His snacking habits are unusual to say the least. "One of my favorite snacks is a plain bagel with cream cheese and hot sauce," he revealed to Sweety High. We've never tried something so bold, but you know we're all for trying unique and delicious foods here.

3. His dog Dart has one green and one blue eye. They're perfect together. He even brings him on set sometimes. Can you say BFF goals?

@dartthehusky came with me to work today ???? #Dart #MyBaby

4. He adores Whoopie Goldberg. "She was one of my favorite people I've ever met and even sent me an incredibly kind email after the first time I was on the view for Teen Beach Movie," he shared. This gives us all the feels for so many reasons, but we think only two words are necessary: Sister Act.

5. He thrives in the rain. When it does, he "always look for puddles to jump in no matter what."

Throw back to looking like a Tim Burton esk character on the fosters musical. ????#RomeoAndJuliet #FostersMusical

6. Music is totally his thing. His all-time favorite songs are "Change" by Tracy Chapman and "Primavera" by Ludovico Einaudi.

7. He's a major Harry Potter fan. Remember those kids you used to see dressed up outside the movie premieres? He was one of them. We do confess, it's a good look for him. ????

Now that you've learned all there is to know about Garrett, we bet you didn't know THESE nine facts about Disney's Pirates of the Carribean.