Jordyn Jones Becomes Our Favorite Person In Only 20 Questions

Jordyn Jones has now fully established herself as a triple threat by starring in YouTube Red's Dance Camp. We caught up with Jordyn to learn about her experience filming one of YouTube Red's first ever feature films, what goes on her signature pizza and who she calls her queen. Chances are she has the same queen as you! 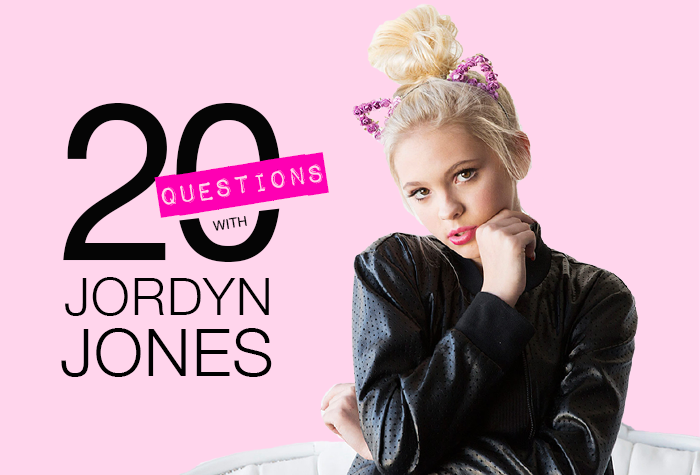 Sweety High: In your own words, what's Dance Camp about?

Jordyn Jones: A bunch of kids go to a dance camp where the compete against each other, but obviously in a friendly kind of way. There's a lot of dancing and a lot of random, crazy things happening. It was super funny and a blast to film.

SH: Tell us a little bit about your character in the film.

JJ: I play the YOLO team captain. It's so funny, because she's totally not me. She thinks she's all that and better than everyone else. It was super fun to film, because I got to do something that I've never done before. 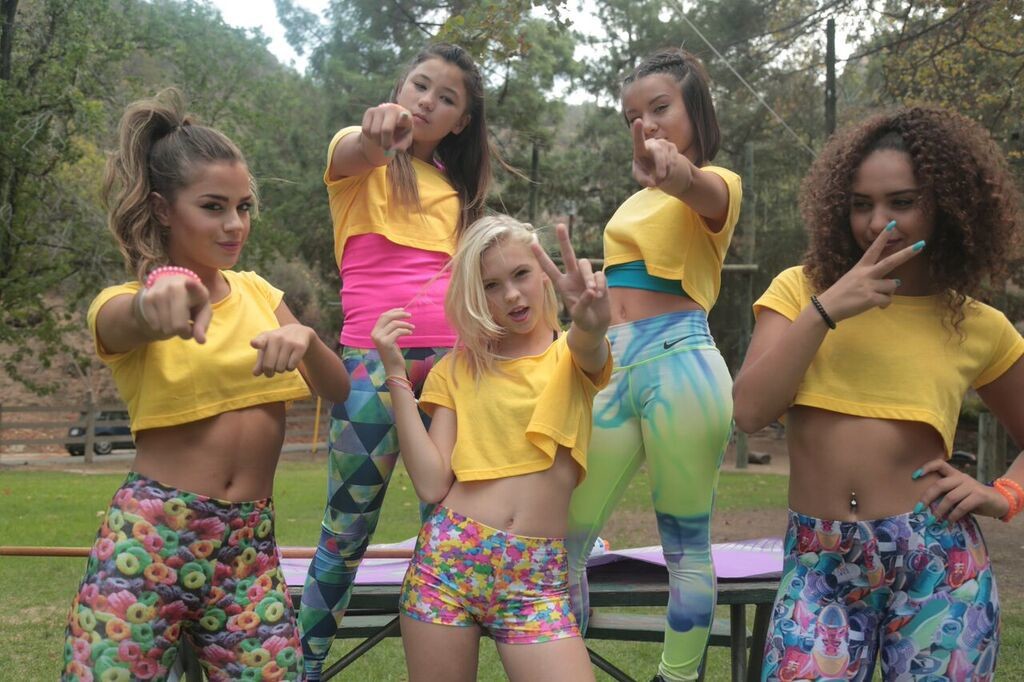 JJ: It's amazing to think that people are watching my movie on YouTube Red. It's still weird to think that I'm in a movie. If it wasn't for YouTube, I wouldn't have put out my cover of "Banji," which is how it all started for me.

SH: How have your fans reacted to the movie so far?

JJ: They all love it! I keep getting comments every day about how they love my acting and my singing in the movie.

SH: Which Disney princess do you relate to most?

JJ: Rapunzel! She likes to go on adventures and try something new and chase after her dreams. That's me!

SH: You have three words to describe yourself. GO!

SH: What's the very first thing you do when you wake up in the morning?

JJ: I'll either open Instagram or text people back.

SH: If you could only shop at one store for the rest of your life, which one would you pick?

JJ: Definitely Top Shop, because they have a wide range of everything from pants to bathing suits to socks and shoes. 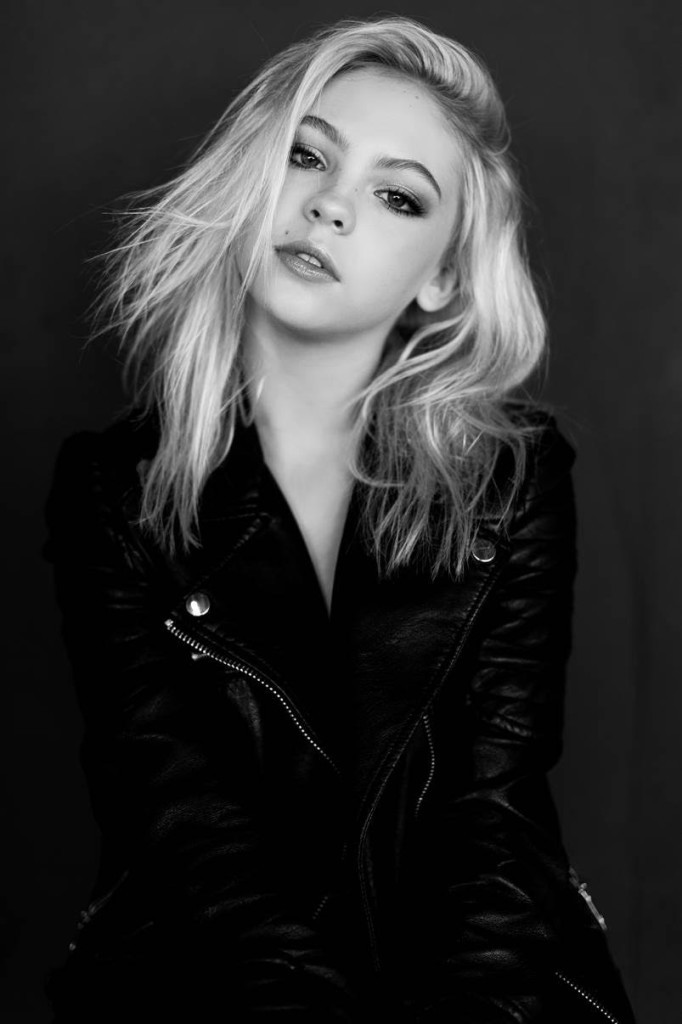 JJ: When shoes scrape on the floor and it makes that horrible sound, or when you scrape your fork on the bottom of your plate. Just terrible sounds!

SH: What do you never leave home without?

SH: Whose closet would you want to raid?

JJ: I would steal clothes from Zendaya or Gigi Hadid.

SH: Who's your biggest influence as a dancer?

JJ: Beyoncé, because she does it all. Obviously, she's queen!

SH: Is there any dance move you would call the signature Jordyn move?

JJ: I like to do the checkmark. It's when you go on one hand and kick up, kind of a B-boy move. 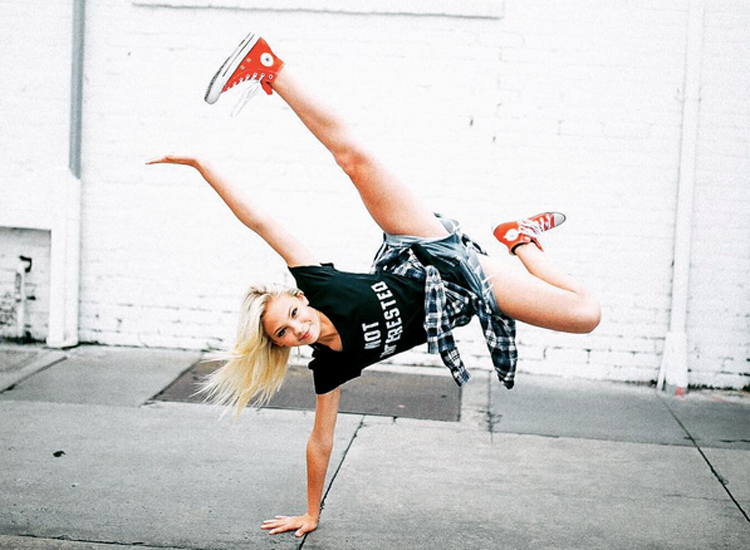 JJ: I cry pretty easily, but definitely The Fault in Our Stars.

SH: What do you order on your pizza?

JJ: I get the Jordyn pizza at Mod Pizza. It has red sauce, mozzarella cheese, pepperoni, ham and spicy sausage with oregano.

SH: What's the No. 1 thing on your bucket list?

JJ: To go on a huge tour or book a huge movie.

SH: Which artists are you always listening to?

SH: What kind of gum do you chew?

JJ: Winterfresh is my go-to.

SH: Which movie have you seen more than 20 times?

SH: What's the last thing you posted on Insta?

JJ: A picture from my latest shoot for a new Instagram page I'm a part of. It's called Big City Teens and we post unedited, raw pictures. Instagram is super Facetuned and edited and filtered, and we're just going to make it original. 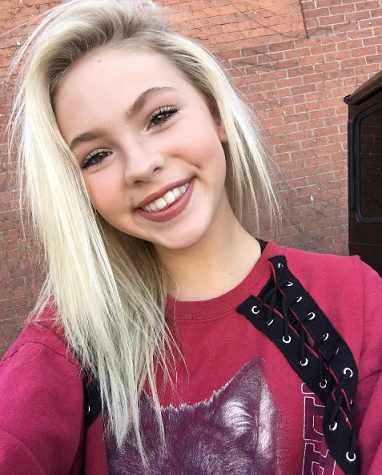