If you're a huge fan of the acclaimed book series Ivy & Bean, you're in for a huge treat, because this Friday, Sep. 2, not one but three Ivy & Bean films are coming to Netflix, and they capture the spirit of the books to perfection.

The film stars actresses Keslee Blalock and Madison Skye as Ivy and Bean, respectively, two young neighbors who couldn't appear to be more unalike, before Bean's running away from home brings them together. Ivy, who believes she's a witch, has all kinds of skills to offer her new friend as they team up and become the best of friends.

Ahead of the new movies, we got the chance to chat with Keslee herself to find out all about the series, her role as Ivy and so much more. Keep scrolling to discover what she shared with us.

Keslee Blalock: I feel like I realized that I had a passion for acting after the first time I did an audition. I thought I was going in for a model call for a print job, but instead, it was for a commercial. They asked me to pretend like I was looking for my hair dryer, it was so fun and I wanted to do it again and again. 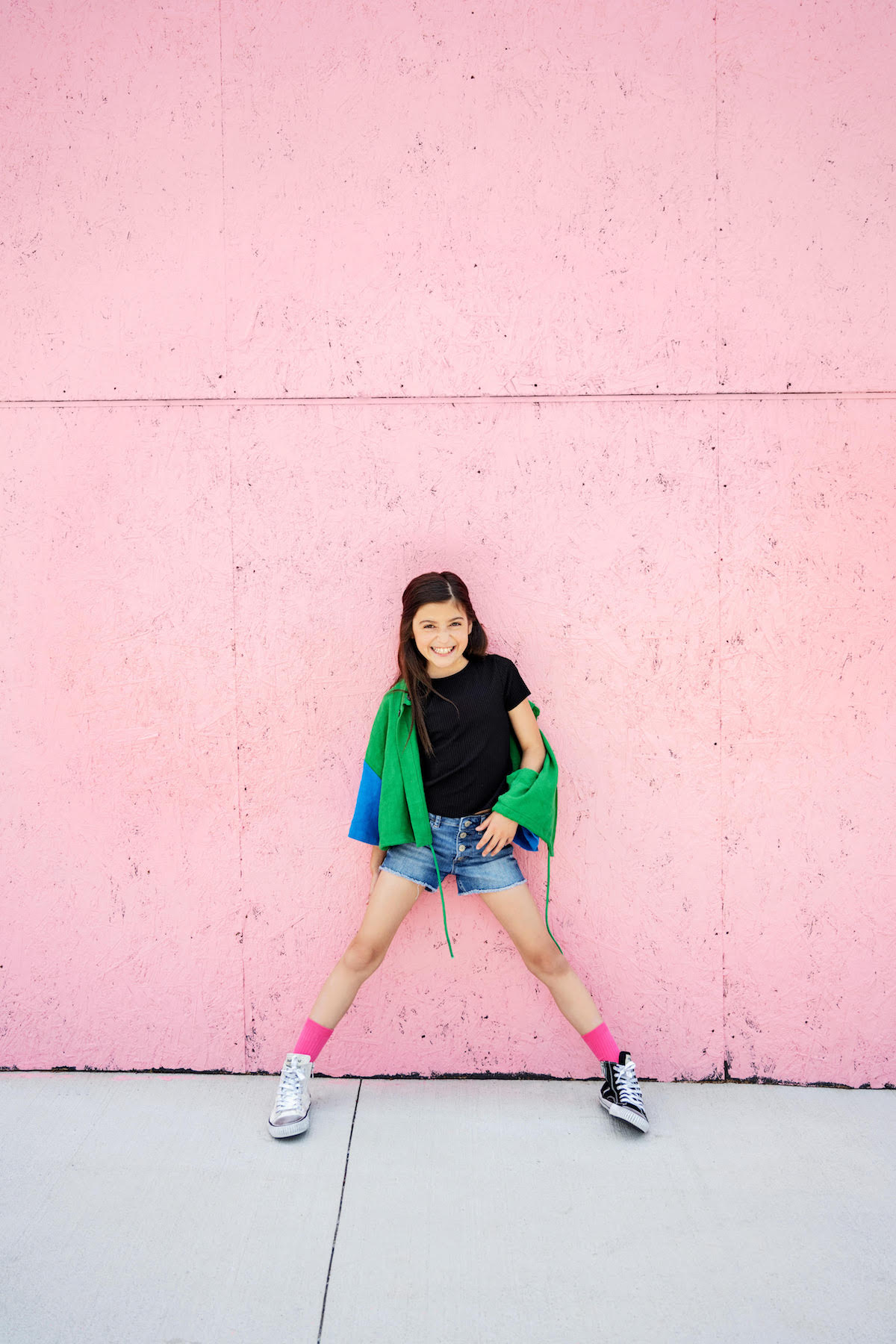 SH: Were you familiar with the book series of Ivy & Bean before you auditioned for the movies?

KB: Yes! My two older sisters were always big fans of these books, so when we heard they were having a casting call because they were making them into movies, I was so excited.

SH: Can you tell us a little bit about Ivy & Bean? How would you describe your character, Ivy?

KB: Ivy has a big imagination and is always pretending to be a witch. She becomes friends with her neighbor, Bean, and they get themselves into so many funny situations. I can't wait for everyone to see it!

SH: How similar are you to Ivy in real life? What would you say are your biggest similarities and differences?

KB: On a scale of one to 10, I am a nine. My favorite thing about Ivy is that she isn't afraid to pick up a frog or get muddy. Oh, and her room is so organized and decorated so pretty. I wish it was my room.

Also read about: Lindsey Blackwell on the Power of Acting and Her Role as Kendra in 13: The Musical

KB: Oh man, there is a scene that we worked on for so many days where we all had to get wet and the scene was pretty crazy but hilarious. It was so much fun because every time we had to redo the scene we had to change into another set of dry clothes and do it again. I loved that scene.

SH: When Ivy & Bean drops, fans will be getting three films at once! Was the filming process different for this than for a typical series or movie?

KB: A lot of people don't know this, but movies are not filmed in order from start to finish. On one of our very first days of filming, we filmed the very last scene of the first movie. Oh—and one day, we kept going back and forth between movies and you will see that Ivy's character changes and evolves throughout the movies, so we kept having to paint my nails and then take the nail polish off and then paint them another color again switching it back and forth all day. So I can't wait to see these movies, because since we filmed all three of them at the exact same time, everything is all mixed up in my head. It will be so cool to see them as three whole movies.

SH: Is there any part of this film series you're most excited for audiences to dive into when it releases in September? 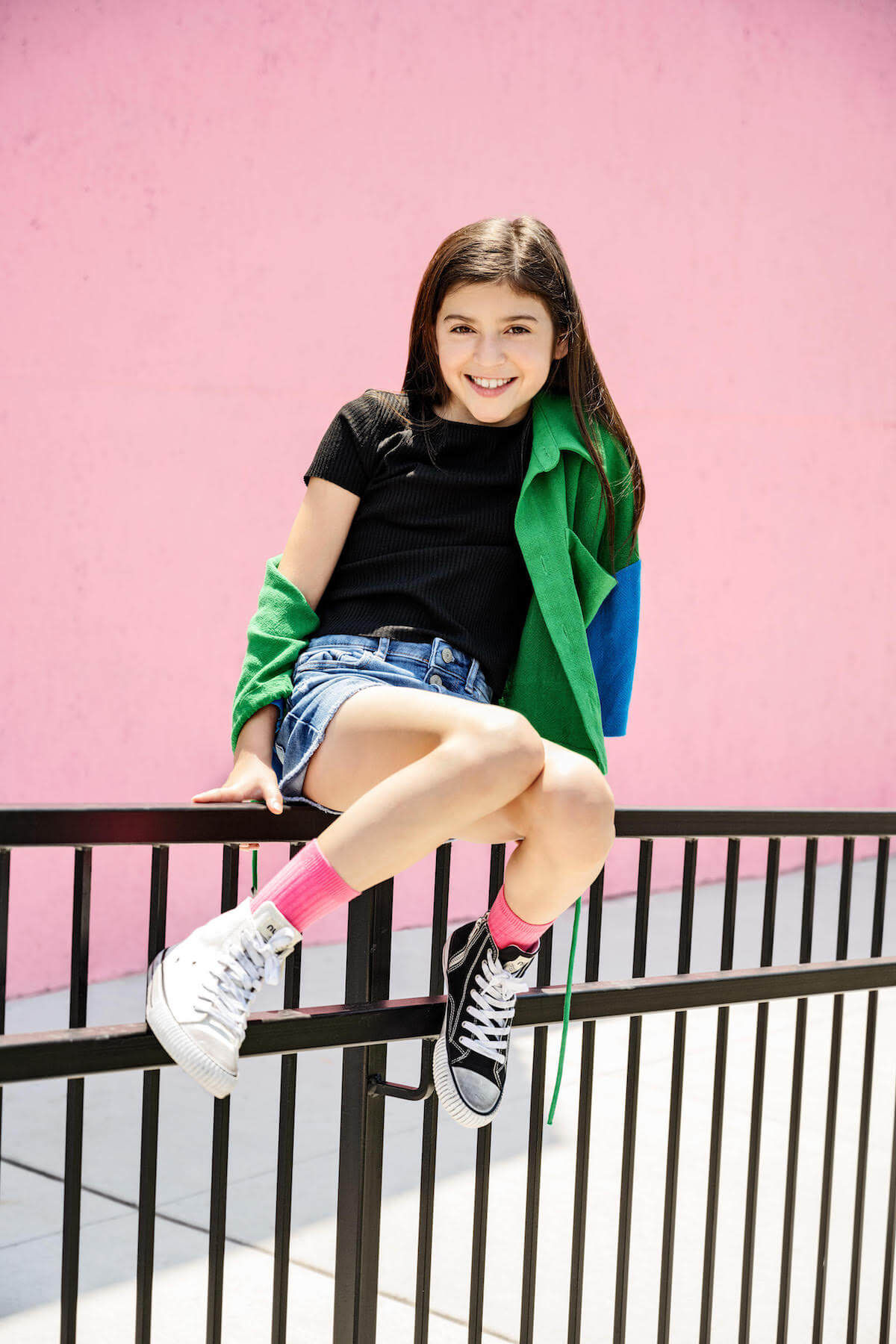 KB: Yes! Be sure to watch Ivy & Bean on Netflix on Sep. 2 and see how many Easter eggs you can spot hidden in the movies!

For more from our favorite rising Netflix stars, click HERE to read our interview with Frankie McNellis from 13: The Musical.