The latest exciting Kirby adventure, Kirby and the Forgotten Land was released last week, showing us all that the wait for a 3D Kirby game on the Nintendo Switch was well worth the wait.

The game takes the classic Kirby formula and adds a new twist with its three-dimensional environments, advanced Copy Abilities and the adorable new Mouthful Mode, making it more fun than ever to explore the world and discover all of its hidden secrets—and there are a lot of them. In Forgotten Land, your primary mission is to save the captured Waddle Dees and help Waddle Dee Town grow into a bustling village and unlock new features. Feel like you're missing way too many Waddle Dees? Here are some tips to help you find and save them all.

The best part of Kirby and the Forgotten Land is that there's so much to explore and investigate within the world, and if you don't search everything and interact with every last nook and cranny, you're going to miss a lot. While anyone can save the last three caged Waddle Dees of every stage, only the more adventurous and thorough players will pick up every last food item, seek out every hidden area and complete every challenge along the way, in case it might reveal a secret Waddle Dee, whether in the actual stage or as one of the hidden Missions revealed at the end of the level. If you see anything out of the ordinary within a stage, chances are that it's significant, so don't leave it unexplored unless you want to miss out. Also, try out every Copy Ability and all of the Mouthful Modes and see how they affect the world around you to discover fun and exciting new ways to play. 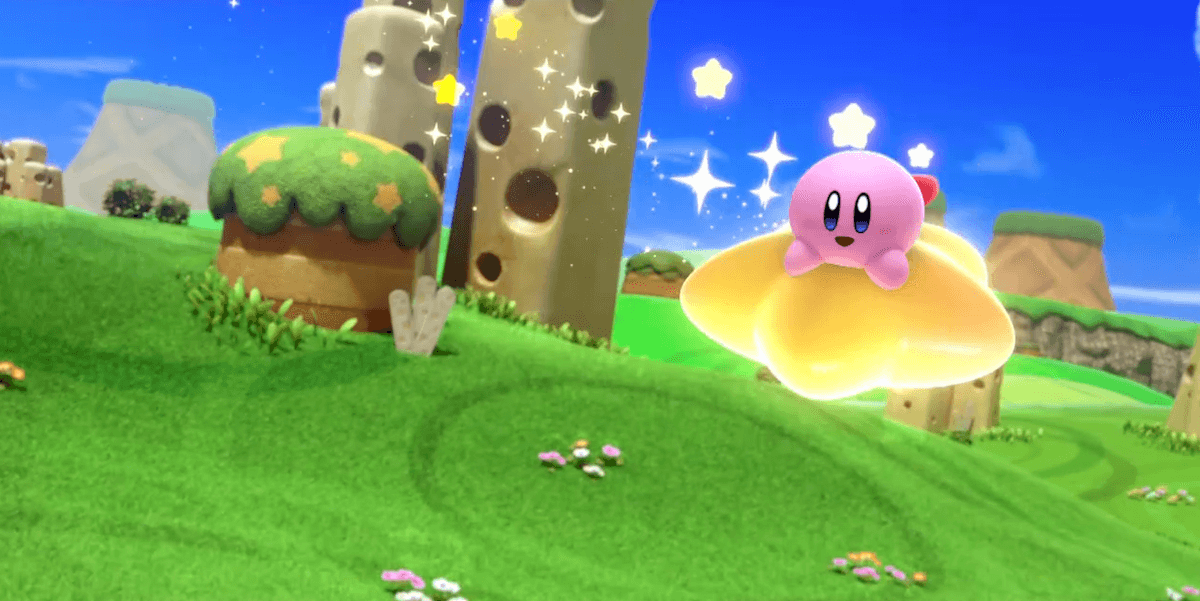 Also read about: The Best Co-op Nintendo Switch Games to Play With Your Special Someone

Caged Waddle Dees hidden throughout the levels make a cute little crying sound when they're nearby. If you hear them, you know that there's a Waddle Dee there to save, so keep investigating and don't move on until you've figured out how to rescue them. 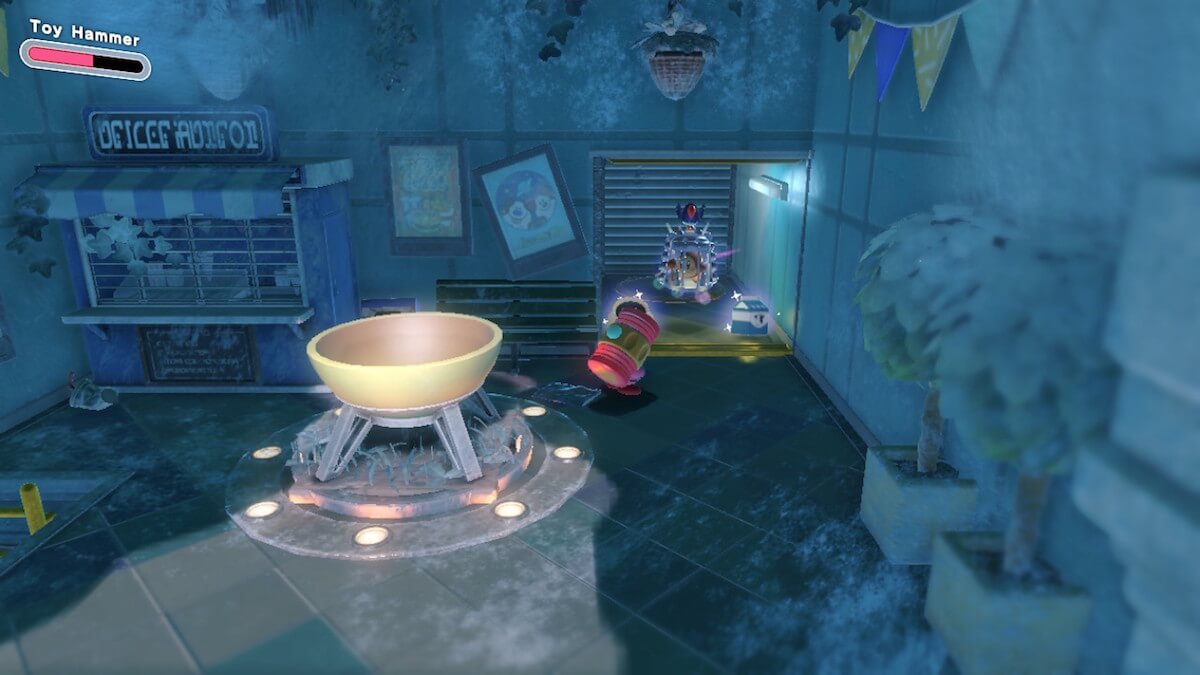 Pay Attention to the Mission Alerts

As you play through levels, keep an eye on the bottom right-hand corner of the screen to check on any pop-up alerts on that stage's Missions. Sometimes, you'll see them marked as complete when a Mission only has one step, but other times, they'll notify you that you've only completed a portion of the mission. Now that you know precisely what must be done next, that's your sign to keep your eyes peeled for the rest. 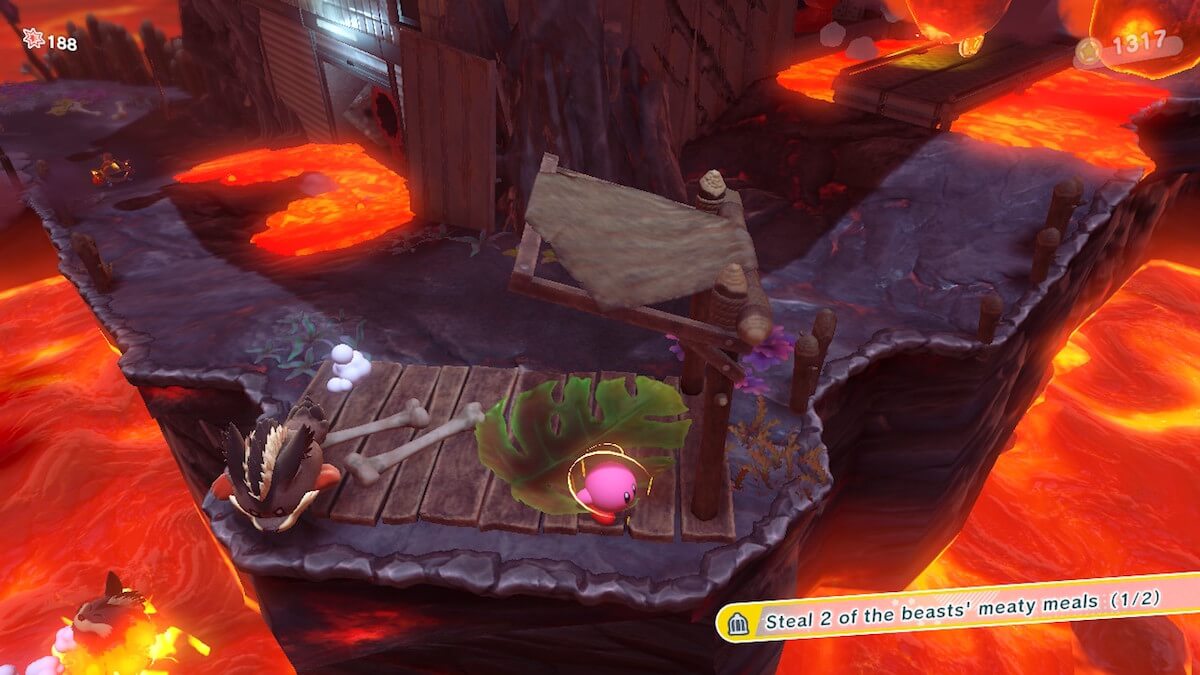 Also read about: Why Chicory Was One of the Most Heartwarming, Thoughtful and FUN Games of 2021

Sometimes, it won't be possible to rescue every Waddle Dee on your first playthrough of a level, and that's okay! Maybe you accidentally missed something in an earlier area, or you didn't snag the right Copy Ability, locking you out of an area. Whenever that happens, make a note of it so you know exactly what you need to bring back the next time you play the level. Just remember that completed Missions don't save if you exit the level before clearing it, so we recommend finishing it up before you retry.

Get Hints By Clearing the Stage

Sometimes, it can be tough to find all of the secrets the first time around. Lucky for all of us, each time you clear a stage, the game will list not just the Missions you completed and began during that run, but if there are any undiscovered Missions, one will be revealed each time you clear it. That may mean you'll have to beat levels multiple times to find out what all of the Missions are, but at least you won't be left in the dark! 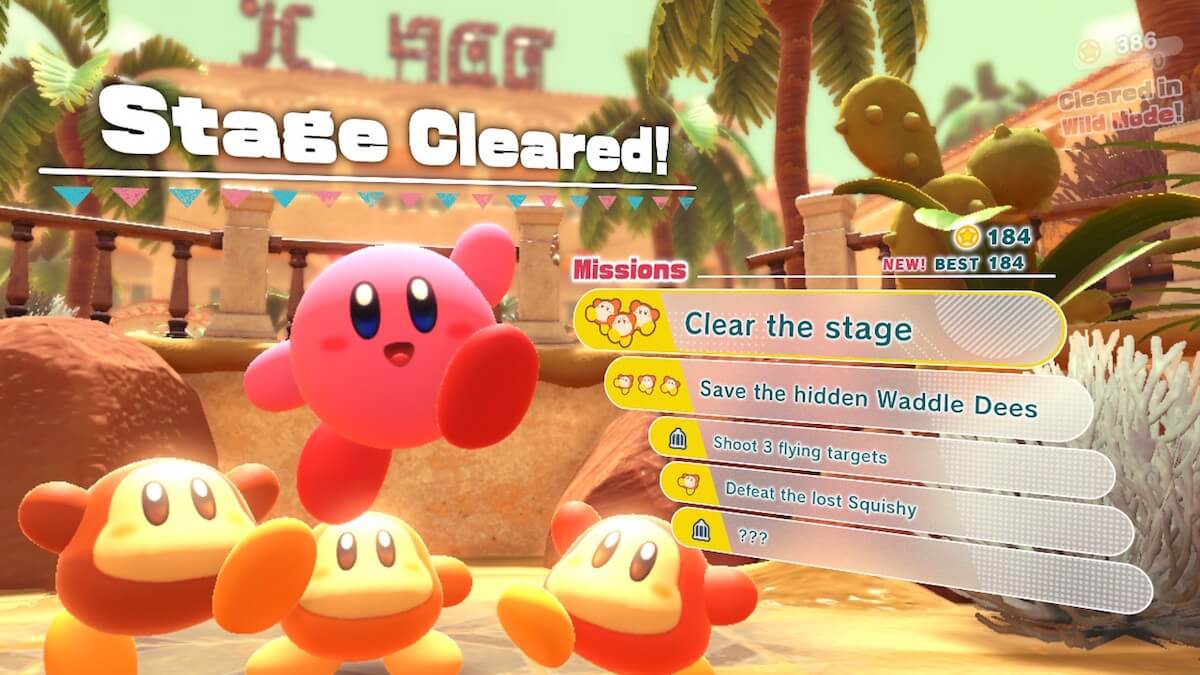 Bosses can be a bit tricky, at first, but with a little practice, you'll be able to take them down in no time flat. That's a good thing because some of the trickier Waddle Dee save Missions have to do with beating bosses under certain conditions. We recommend using one of the provided Copy Abilities when taking on bosses because one will be the key to one Mission, while defeating them in a specific amount of time, as well as beating them without damage, completes others. This does get tricky toward the end, but it's all worth it in service of saving all of the Waddle Dees. 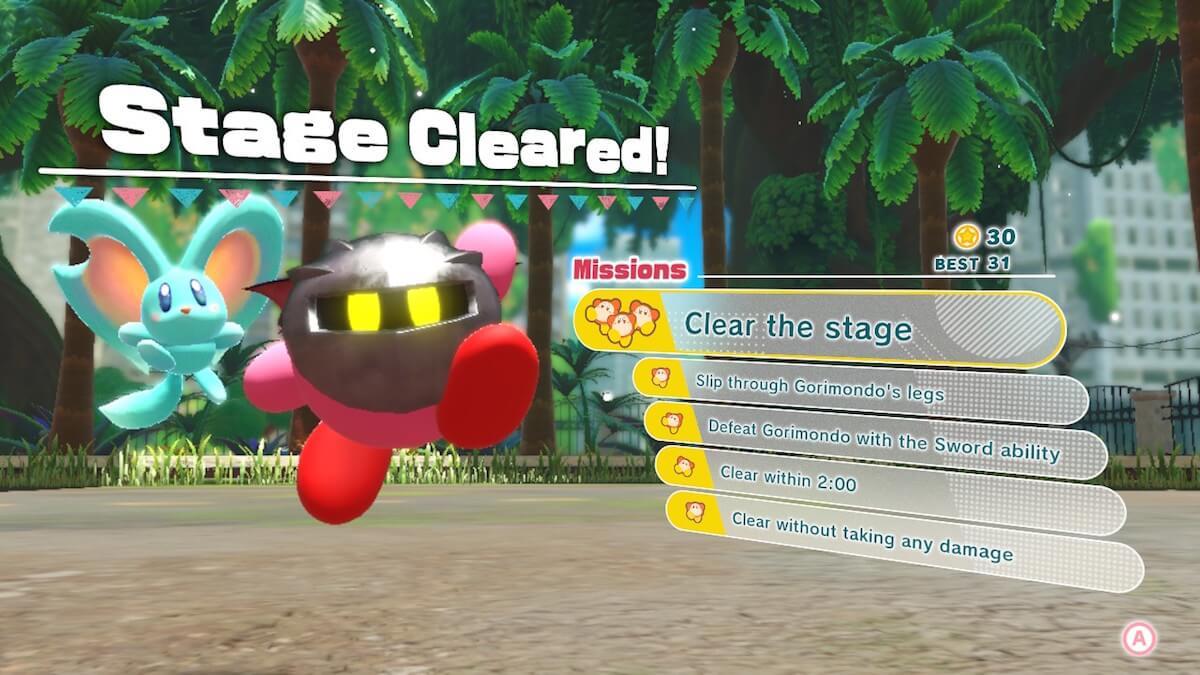