Lauren Aquilina is an English singer-songwriter whose lyrics are just as powerful as her voice, and we've been fans for a long time.

Her newest single, "Swap Places" is moving, atmospheric and a total bop, on top of having a message we can all relate to, and we haven't stopped listening to it since it dropped. We had to know all about it, and we got the chance to ask Lauren herself how it was made, and how the current world climate has substantially changed the way she makes music. 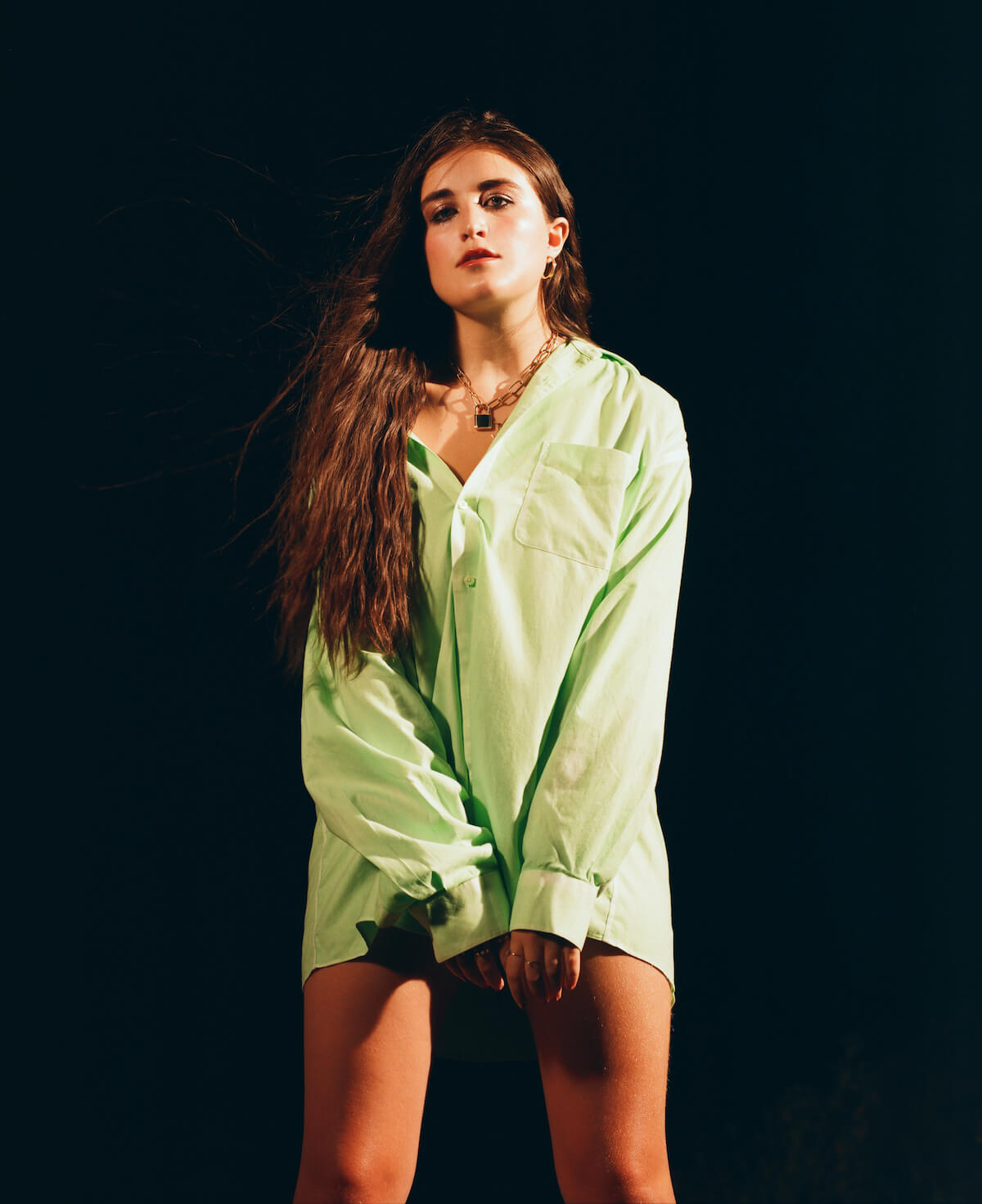 Sweety High: What was the songwriting process behind "Swap Places"?

Lauren Aquilina: I was in a writing session with my friends Michelle Buzz and Evan Voytas. We were writing with the intention to pitch to other artists, but I had the title written down in my phone, and I really connected with it that day. Evan started playing the guitar part and the song happened pretty fast from there. I always loved it and thought it was special, but it wasn't until six months later that I realized I really wanted to keep it for myself.

LA: I'm definitely guilty of comparing myself to other people all the time. I've gotten a bit better now, and when it happens I can recognize the thoughts as irrational and kinda brush them off, but there's always been this part of me that's felt like everyone else knows a secret I don't when it comes to just being a human being. Obviously, that's not true, and I'm sure a lot of people feel like that! When I sing the song now, it's more like I wanna swap places with a future version of me rather than somebody else.

SH: Do you have any advice for anyone who's often wishing they had more confidence or that they were someone else?

LA: Fake it 'til you make it, baby! But also, if you're shy, that doesn't mean you're not confident! You can be quietly confident and still be yourself. I'm learning that right now.

SH: What are some of the most important things you've personally done to take better care of yourself?

LA: I've been working on saying "no" more (easier said than done) and being less of a people-pleaser. You can't make everyone else happy if you're not happy yourself, but that's definitely the way I was living until this year.

SH: What was it like to record the video with your best friends? How was that different from the typical process of shooting a music video?

LA: It was so fun! I actually did another music video for the song first that we had to scrap. I was so sad because I went through this huge personal growth in rehearsals for it and I was properly dancing on camera for the first time, but it didn't turn out how I wanted and we had to start again. Luckily, my friend Amanda Charlow had a Super 8 camera and offered to help me make a new video at our quarantine house in L.A. We ordered some colored lights, I did my own styling and direction, and we just had fun with it. It's cool because now I'm back in London, but I'll always have the video as a memory of the time I quarantined in L.A. with some of my best friends—and I still danced a little too.

LA: It's actually changed everything for the better, to be honest. I was quarantined with my boyfriend Marcus Andersson, as well as Caroline Pennell, who are both incredible songwriters. My boyfriend and I didn't really work together before, but obviously, the three of us ended up writing, and because we were all so comfortable with each other, it felt very different to my normal writing sessions. Being around them all the time gave me the space and creative freedom I needed to really feel like an artist again, which has been so nice. I also got back into writing alone, which I haven't really done since I was a teenager. It feels amazing to finish a song that's come from only my brain because I think that's the truest representation of me possible. I'm gonna try and carry on doing that forever now.

LA: I've really been loving Beabadoobee. Her new album is amazing! But mostly I've been listening to old favorites like Avril Lavigne, Alanis Morissette and No Doubt.

LA: Thank you to everyone who's listened to the song!