Get a Whiter Smile With MOON

I have super sensitive teeth and refuse to get them professionally whitened after a traumatizing experience I endured a few years back.

However, I still want pearly whites! So, what's a girl to do? There are all sorts of whitening products out there to choose from, but which ones actually work and won't hurt my sensitive teeth? I put it to the test with MOON and their Teeth Whitening Device. Interested in finding out how my experience went? Continue below to learn all about it.

MOON was made with the beauty minimalist in mind. The brand's products are simple, to the point and very effective. From sleek packaging to stellar partnerships with people like Kendall Jenner, MOON is loved by celebs and dentists alike. 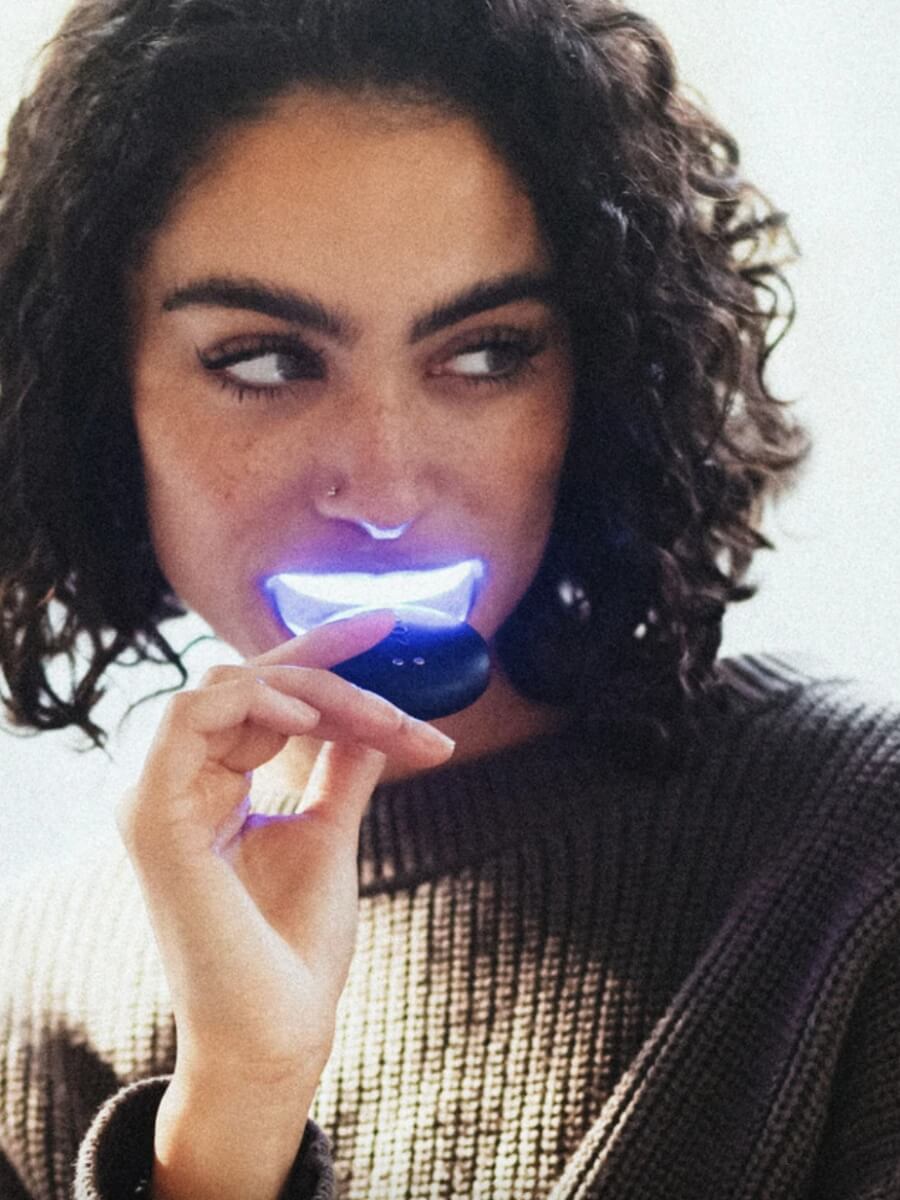 Also read about: What Dreams About Losing Your Teeth Mean, According to an Expert

In the past, I've used whitening strips at home and never really noticed too big of a difference. I've also used devices with gel, and those also never left me feeling super satisfied, so I was very curious to see how The Teeth Whitening Device from MOON would differ. The first thing I noticed was the sleek packaging. Everything was bundled up neatly inside with easy-to-follow directions. Included in the kit were the device, 56 peppermint-flavored dissolving strips, a travel case and a USB charger.

Now—onto the results! For my first attempt, I followed the directions perfectly and started out by charging the device. Next, I placed the strips on my teeth (both upper and lower) and grabbed the now-charged device. I was pleasantly surprised by the peppermint taste of the strips, as other ones I've tried in the past have more of a chemical-like taste. I put the device in my mouth and essentially bit down on it, then pressed the power button, which automatically turned off after five minutes. The next part was what I was most intrigued by. The strips didn't need to be removed because they dissolved! How cool is that? 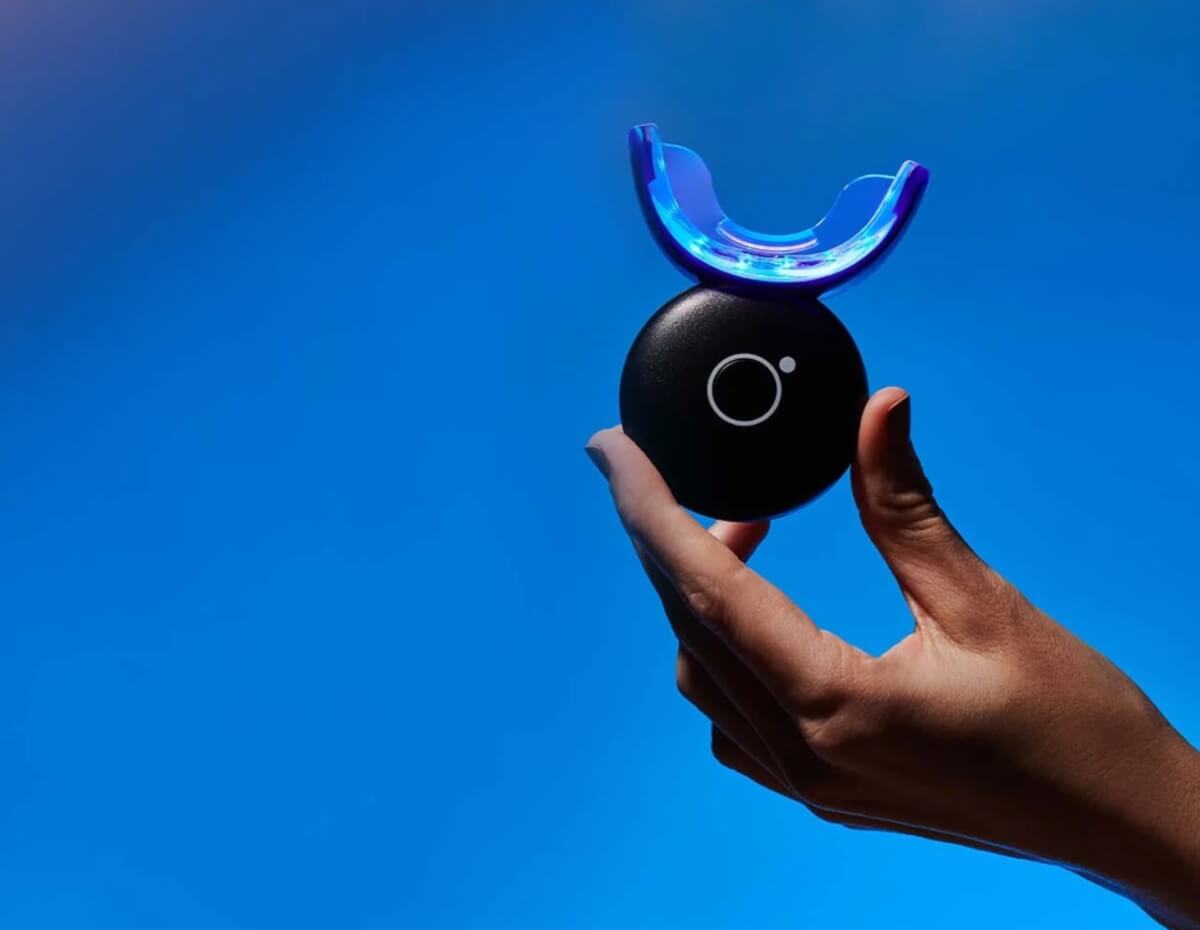 Also read about: Cocofloss Has Reinvented Oral Care With Their Cocobrush and S'mores and Watermelon Floss

There was still a residue of the strips on my teeth after the five minutes were up, but the directions said to let them continue to dissolve for another 10 minutes. While I was letting them dissolve, I gave the mouthguard a little rinse. And voila—that was it! The process was so simple.

If you're wondering about the sensitivity factor—it was super manageable. It was far from painful, in fact, the worst pain I felt was drinking a glass of ice water where my teeth felt a little jab, but that was right after I used it. MOON recommends using the device two times a day for two weeks, but in all honestly, I would only do it once a day (when I remembered). I've done about 10 sessions so far and have definitely noticed a difference in my smile. My teeth are whiter thanks to the blue LED frequency of the device, and I couldn't be happier with the results. 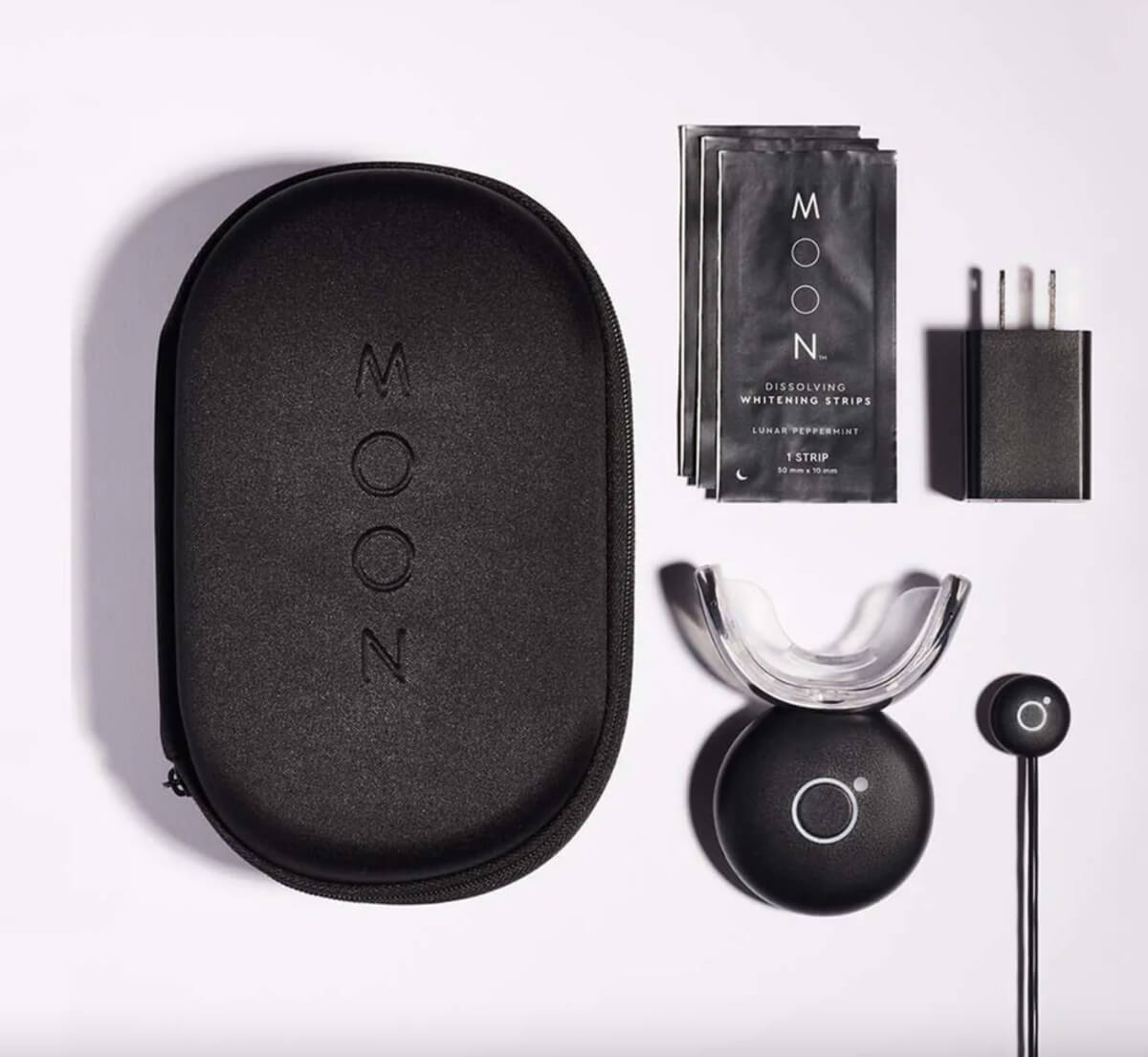 If you want to get a whiter, brighter smile from home, I definitely suggest checking out MOON's The Whitening Device. It's way cheaper than getting your teeth professionally whitened and isn't too brutal on sensitive teeth. 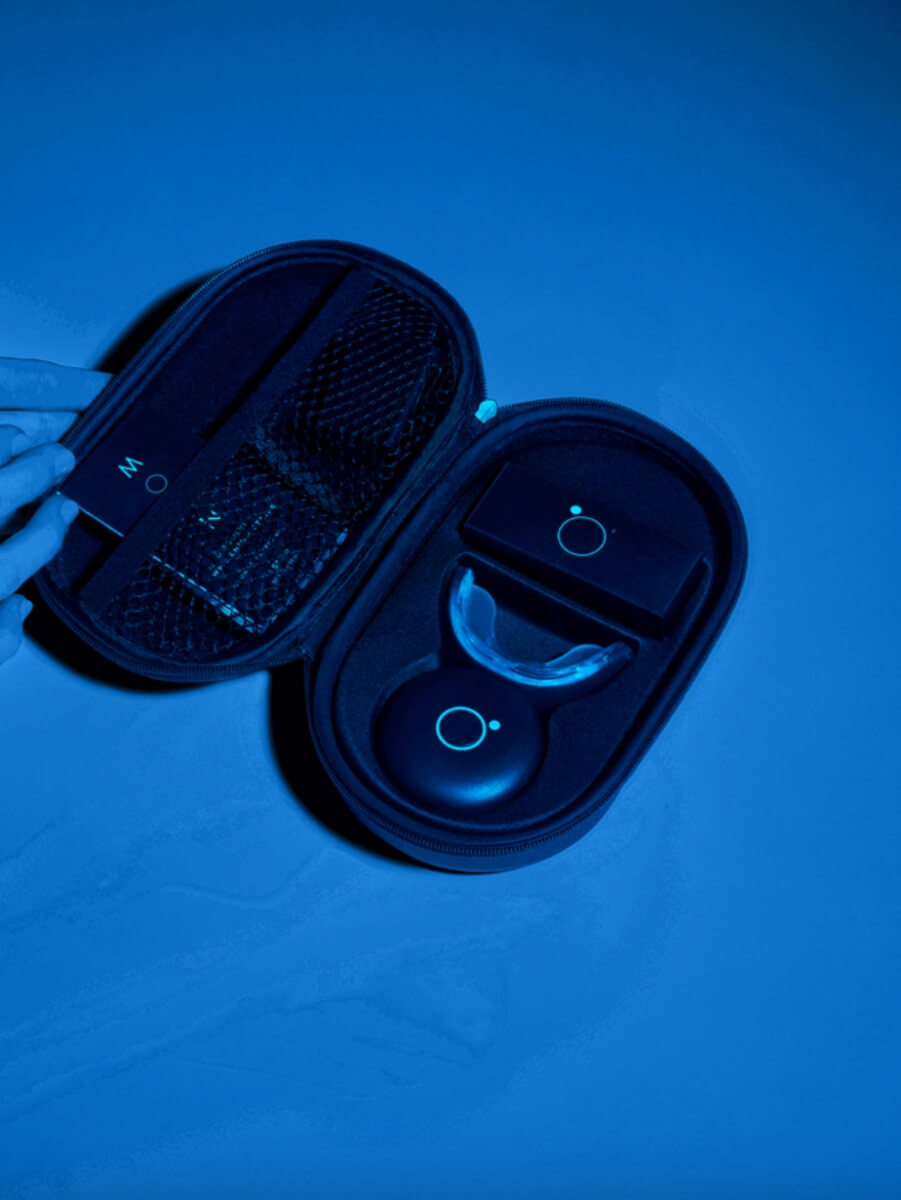 Have bad breath? Look HERE to find out what experts have to say about combatting bad breath.