What's the Deal With MSG? A Food Scientist Breaks Down the Myths Around The Infamous Seasoning

If you've ever been told to avoid MSG because it's "unhealthy" or not a clean ingredient, you're certainly not alone–but are these claims actually based in science?

While MSG has been a popular ingredient in many types of Asian cuisine for more than a century, many Western attitudes to the seasoning have been marred by misinformation and even stigma. We were curious about MSG, its history and how it got the mixed reputation it has today, and we got the chance to speak to an expert for answers. Francine Yoon is a food scientist at Ajinomoto Health & Nutrition, and she was kind enough to answer all of our top questions about MSG and break down all of the biggest myths about the misunderstood seasoning.

Sweety High: What exactly is MSG? Where does it come from, and what's its history as an ingredient?

Francine Yoon: Monosodium glutamate (MSG) is the sodium salt of glutamic acid, one of the most abundant amino acids in our diet. MSG has been used as a seasoning for more than a hundred years to enhance and balance the savory taste of food.

To talk about MSG is to tell the history of umami, the fifth basic taste. Umami was first identified by Tokyo scientist Dr. Kikunae Ikeda in 1908 while enjoying a bowl of traditional Japanese seaweed broth called konbu dashi. He noticed the dashi's savory taste was distinct from the four basic tastes of sweet, sour, bitter and salty, so he called it "umami," which means "essence of deliciousness" in Japanese. After days of studying varied seaweed, he found that the taste of umami could be attributed to glutamate, a naturally-occurring amino acid which is also present in the human body and in many foods.

To bring this umami taste to everyone in a convenient and affordable way, Dr. Ikeda combined one-part naturally occurring glutamate with one-part sodium, resulting in monosodium glutamate (MSG). By 1909, MSG was patented and commercialized as AJI-NO-MOTO®, to become the world's first umami seasoning. 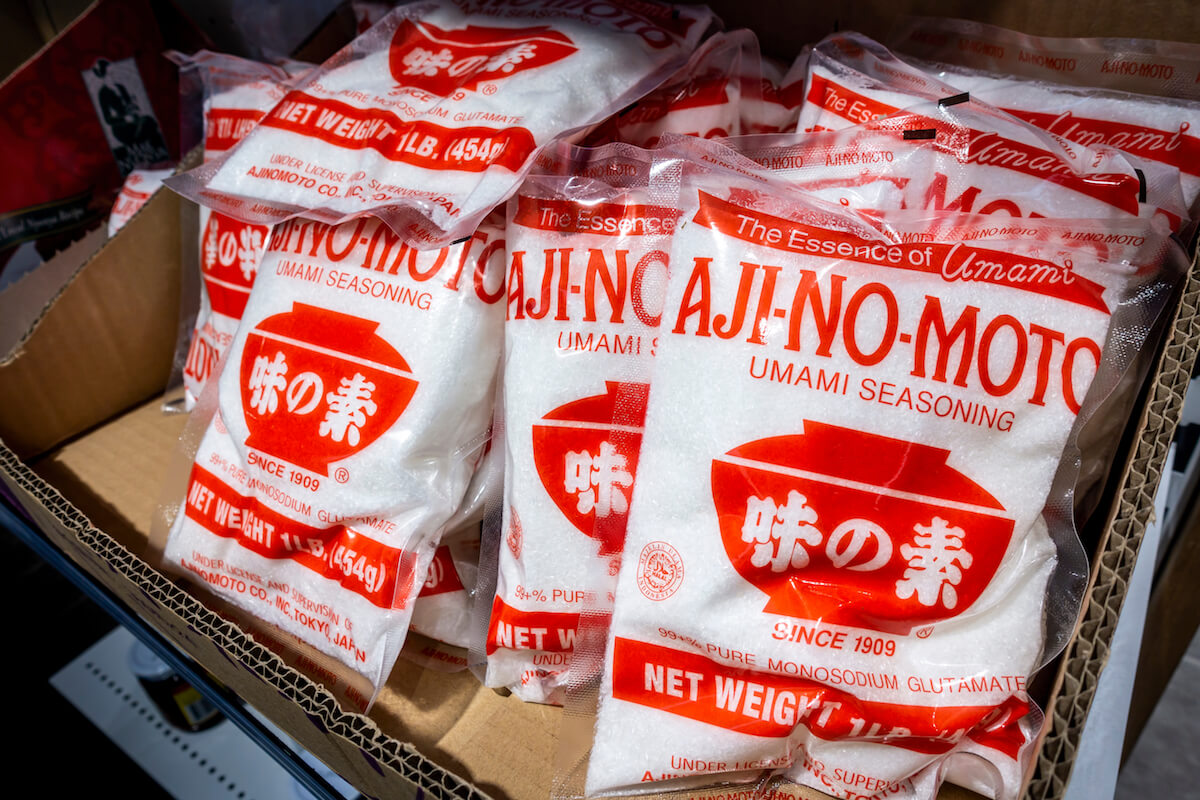 SH: What kind of flavors does MSG add to a dish?

FY: MSG enhances the flavor of foods by adding umami, which is described as a meaty, savory flavor. Umami is one of the five basic tastes, alongside sweet, sour, bitter and salty. In fact, MSG is umami in its purest form much like sugar is to sweetness.

SH: What are some of the delicious foods that are naturally jam-packed with glutamate?

FY: A plethora of foods inherently contain glutamate, such as tomatoes, mushrooms, aged cheeses, cured meats, onions and seafood. People may be surprised by how many of their favorite foods contain glutamate! MSG also adds to the flavor of some of America's favorite foods, like potato chips, tortilla chips and salad dressings. 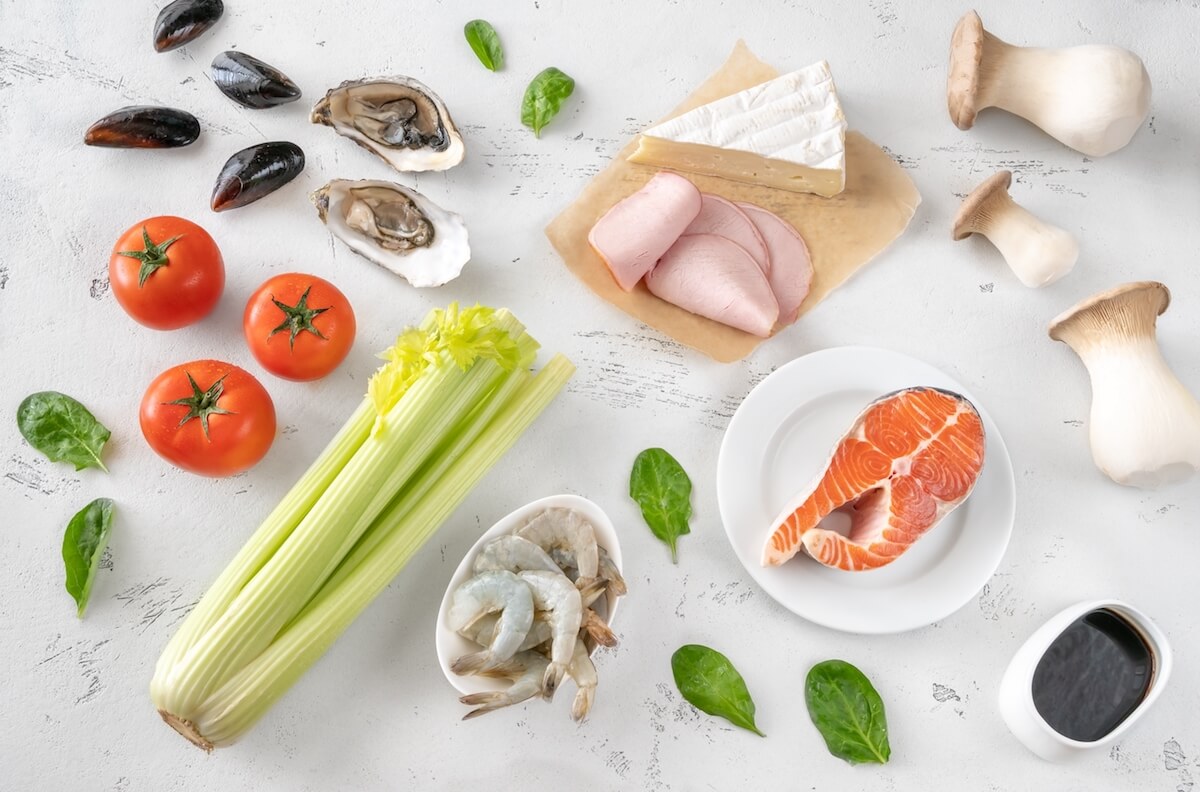 SH: Why do so many "clean-eating" advocates and brands single out MSG as a forbidden ingredient? Why is this thinking so misguided?

FY: I think there are a lot of reasons that "clean-eating" advocates and brands single out MSG on their "no-no" ingredient lists, all of which have to do with the misinformation that has been spread about the ingredient for decades. A big reason MSG is singled out is because it has a "chemical-sounding name," and there's this misperception that anything hard to pronounce or "chemical-sounding" can't be good for you or isn't "clean," which is so misguided. For example, sodium chloride is a regular part of our diets—that's just salt! An ingredient cannot be discounted as dangerous or "unclean" just because it has a scientific name.

Many "clean-eating" advocates and brands also reference outdated, unscientific studies and anecdotal evidence to "prove" MSG is dangerous. For example, when MSG first became a subject of research, studies on animals utilized extremely high doses of MSG, often injecting the MSG directly into the animal's abdomen, skin or venous system, all of which are not the amounts or the ways a person would normally consume MSG. Upon reviewing these studies, an FDA-commissioned report concluded, "the studies reviewed however, provided no insights into the relevance of these effects to the ingestion of MSG." It's studies like these that "clean-eating" MSG critics often cite as support for their position when, in reality, decades of research have proven MSG safe time and time again. "Clean-eating" advocates and brands also cite anecdotes of MSG "reactions" like headaches, nausea, numbness and flushing. While some people identify themselves as sensitive to MSG, in studies with such individuals given MSG or a placebo, scientists have not been able to consistently trigger reactions.

MSG myths are often sensational, which explains why they have been spread for so many decades despite the mountains of evidence proving the ingredient is safe. I think this comes down to education and not believing everything you hear or read online—the studies proving MSG's safety are abundant and easily accessible, and all we have to do is seek them out to determine the truth about the ingredient.

Also read about: These Awesome Gummy Vitamins for Young Women Are Just the Thing for Tasty, Balanced Nutrition

SH: What are some of the myths around MSG? Why are they false?

FY: Myth: MSG is manufactured, so it's different than naturally occurring glutamate.

Truth: Whether you're eating a tomato or foods with added MSG, our bodies process the glutamate in the same exact way. The glutamate in MSG is chemically indistinguishable from glutamate that is inherently present in food. When MSG is exposed to liquid, for example in broth or saliva, the sodium separates from the glutamate molecules. Therefore, what the body is metabolizing is simply glutamate, regardless of the source. MSG is a safe and convenient way to build or enhance umami into myriad recipes and formulas.

Truth: There is no evidence that MSG contributes to obesity. There have been a small number of epidemiological studies that have shown a positive association between MSG intake and obesity in Asian populations, however other studies have not shown a relationship. Importantly, such studies do not prove cause and effect and experts consider the link likely a function of "co-varying environmental factors (e.g., diet, physical activity) linked to the "nutrition transition" in developing Asian countries."

Also read about: What Is TikTok's Viral Pink Sauce?

Truth: The International Headache Society (yes, it's a real thing!) removed MSG from its list of causative factors for headaches in January of 2018. Previously, MSG had been listed as a substance attributed to headaches in the Society's International Classification of Headache Disorders (ICHD). Now, in the ICHD 3rd edition, based on the latest scientific evidence, MSG has been removed from this list. 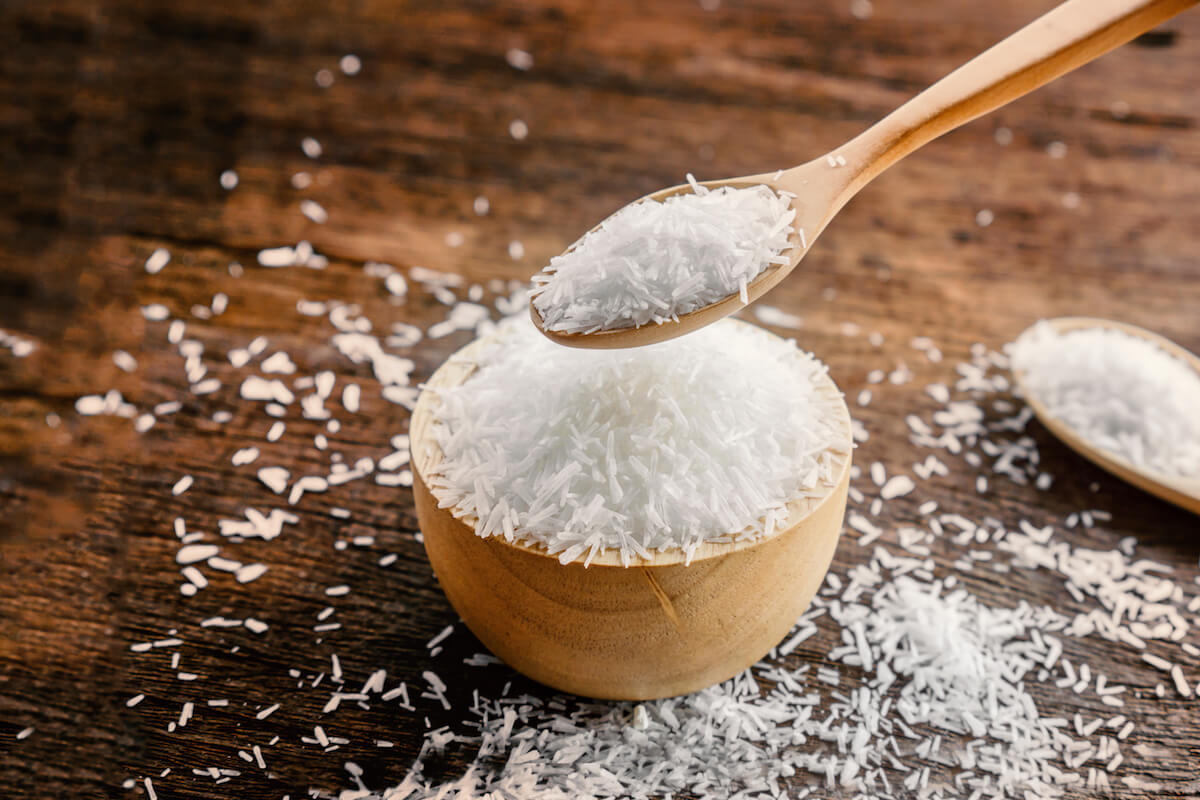 SH: Is there such a thing as an "MSG allergy"?

FY: MSG is not an allergen. In 2017, the National Academy of Sciences comprehensively reviewed the topic of food allergens and MSG was not included. Some people may have sensitivities to foods that contain MSG in the same way people have sensitivities to a wide array of foods, often depending on how much of a food is consumed and in combination with other ingredients. Whether such reactions are specific to MSG or other components of the food is difficult to determine.

According to the Food Allergy Research and Education (FARE) organization, "There are no reported cases of IgE-mediated allergy to MSG. Although some people identify themselves as sensitive to MSG, in studies with such individuals given MSG or a placebo, scientists have not been able to consistently trigger reactions."

Also read about: The Biggest TikTok Food Trends of 2022

SH: Where does all of the misinformation on MSG come from? How does it perpetuate xenophobic stereotypes?

FY: It all started with a 1968 letter to the editor of a prestigious medical journal, in which the author described generalized weakness, palpitations and numbness after eating at a Chinese restaurant. He noted a number of factors could have caused this—alcohol, sodium or MSG. From that letter, MSG was cherry-picked as the culprit, and the symptoms were dubbed "Chinese Restaurant Syndrome." As Asian foods were still somewhat new to U.S. consumers at this time, the stigma took hold that MSG, and Asian foods in general, were unsafe and something to be avoided. Subsequently, very poorly conducted research tested MSG in ways we never use it as humans (like injecting extremely high doses straight into an animal's abdomen) which obviously had poor results.

Since then, decades of research have proven MSG to be safe—according to Food Standards Australia and New Zealand's 2003 report: "when individuals with a suspected sensitivity to MSG are tested in double-blind challenges the majority do not react to MSG under the conditions of the study (or react equally to placebo)." Yet, many consumers still believe these unscientific myths that have been perpetuated over time.

This misinformation has led to many harmful xenophobic stereotypes; unfortunately, the misinformation that "Asian foods are unclean" has translated in the minds of many to "Asian people are unclean." To demonize this perfectly safe ingredient is to demonize and "other" Asian culture. This is particularly frustrating to see, considering MSG and glutamate is present in so many of the foods that we eat, like parmesan cheese, mushrooms and tomatoes. Problematizing its use only in Asian cuisines is not only misinformed but also extremely harmful. 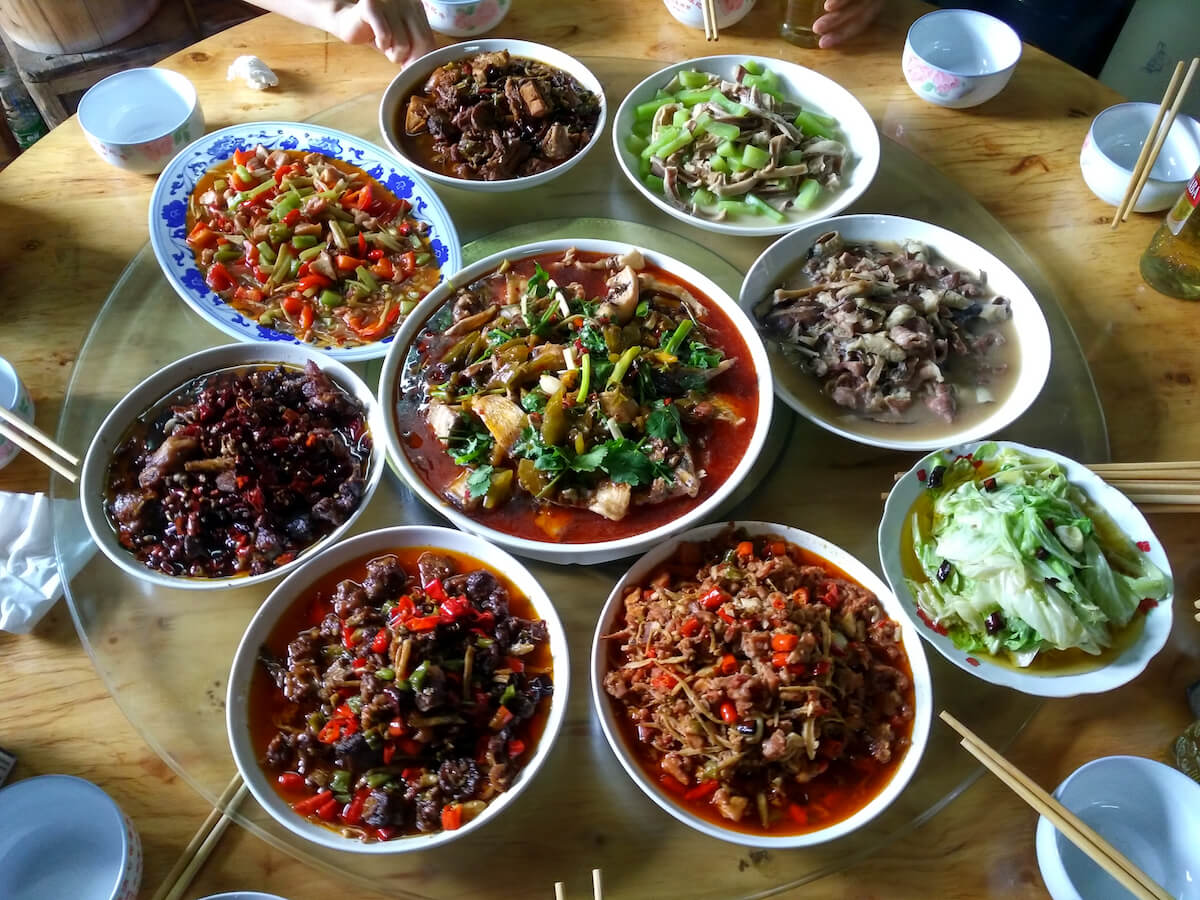 SH: Is there anything else we should know about MSG?

FY: Today, MSG is produced by a fermentation process which was developed by Japanese scientists. Glutamic acid bacteria was first found in soil and plant leaves. As lactic acid bacteria produce lactic acid from sugar in milk (lactose) to make yogurt, glutamic acid bacteria produce glutamic acid from sugar (glucose) to make MSG. The finished product is a pure, white crystal which dissolves easily and is the purest form of umami. American-made MSG uses Iowa corn as its starting ingredient, but in other countries ingredients such as sugar beets or sugar cane are used.

Approximately one half (0.5) teaspoon of MSG is an effective amount to enhance the flavor of a pound of meat or four-to-six servings of vegetables, casseroles or soup. (Source: The Glutamate Association)

MSG can be a very functional cooking tool. It balances the bitter, increases the savory and contains two-thirds less sodium than table salt, making it a great sodium reduction tool. Given current sodium intakes of Americans well exceed recommendations, the sodium reduction benefits of MSG are vastly underappreciated.

Big on food? Check out all of our favorite foods and drinks we loved last month HERE.