Sweety High Takes You on a Tour of Nickelodeon's Gigantic New L.A. Offices—Find Out If We Get Slimed!

Sweety High had some extremely VIP treatment yesterday, as we were invited to be one the very first to stroll the halls (and there were many!) of Nickelodeon's brand new Los Angeles offices.

Located in the studio-filled city of Burbank, California—slightly north of Hollywood—the kids' programming giant made their long-awaited grand opening official with a ribbon-cutting ceremony and some coveted cameos by Nick stars (we'll get to more of that below), Cyma Zarghami (President of the Nickelodeon Group) and Jess Talamantes, mayor of the town.

Curious about our big day? Look no further, because we have everything you need to see (and people you need to meet) below! 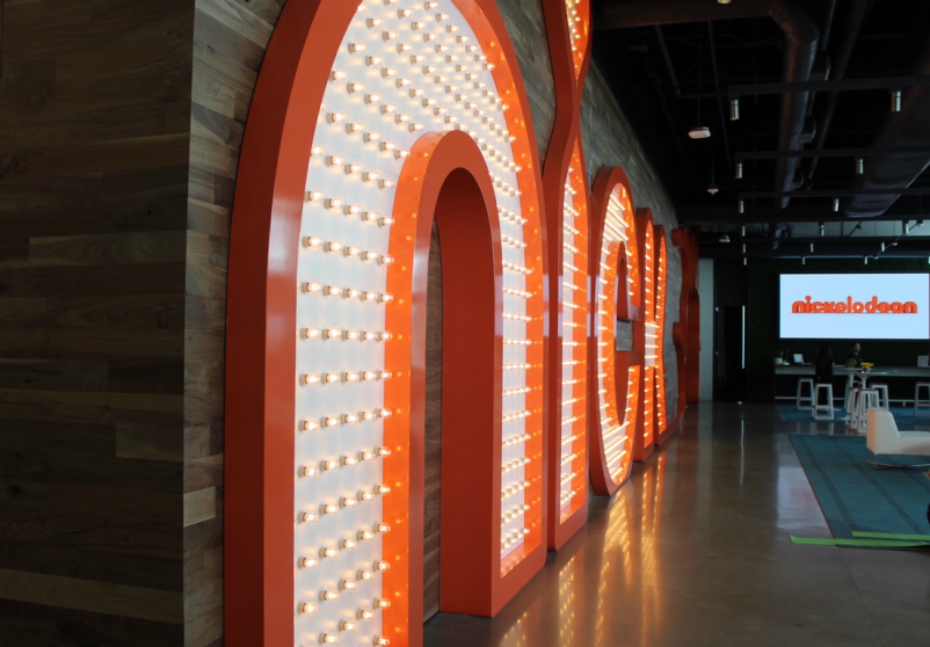 My colleague Priscila and I pulled into Nick's gigantic logo-covered parking structure at around 9:30 a.m., and were happily greeted by touring staff from the spacious courtyard to a media holding room with approximately 20 additional reporters from L.A. and all over the world (yep, it was that big of a deal!). Not only did we enter the space to an array of coffee, O.J., bagels, croissants and other breakfast sandwiches—but, most importantly, we received warm welcomes from the Teenage Mutant Ninja Turtles and Spongebob Squarepants! 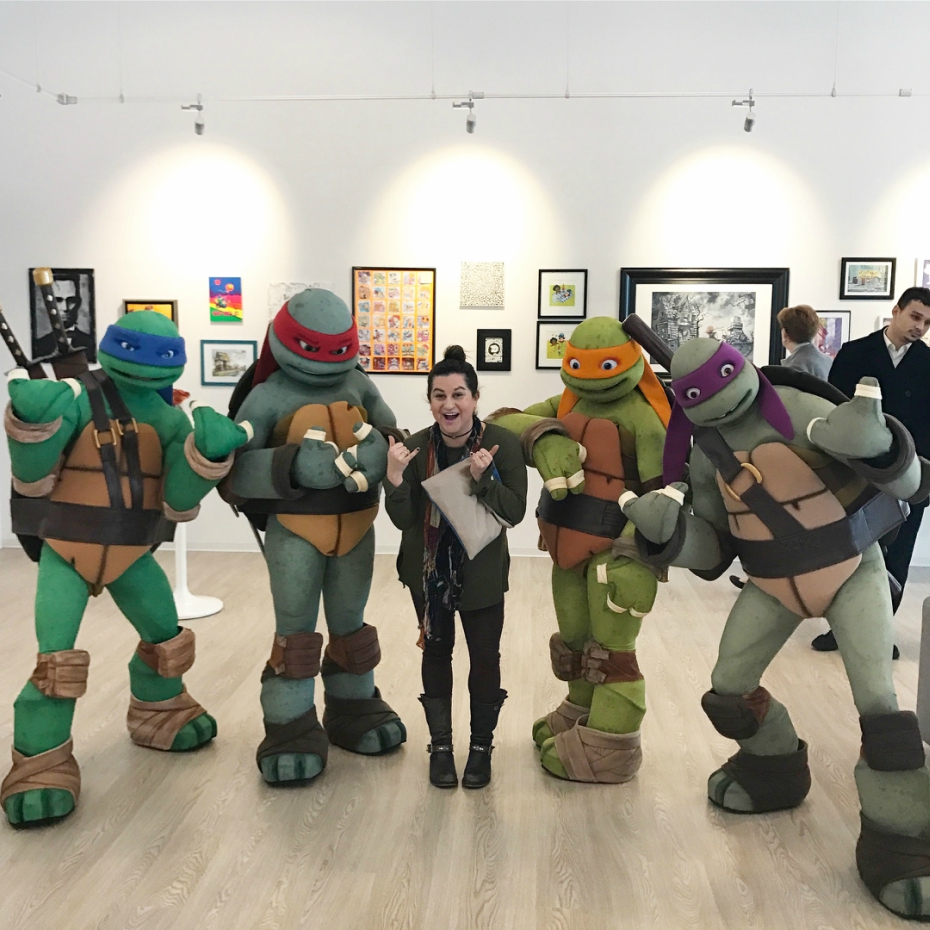 After hydrating and perking up, two tour guides got us well on our way through the multi-floor, 200,000-square foot space.

Among the highlights? There's a doodle wall where employees are encouraged to draw and express their creative sides, while also gathering inspiration. But don't search too hard for my etches—I specialize in writing for a reason! ???? 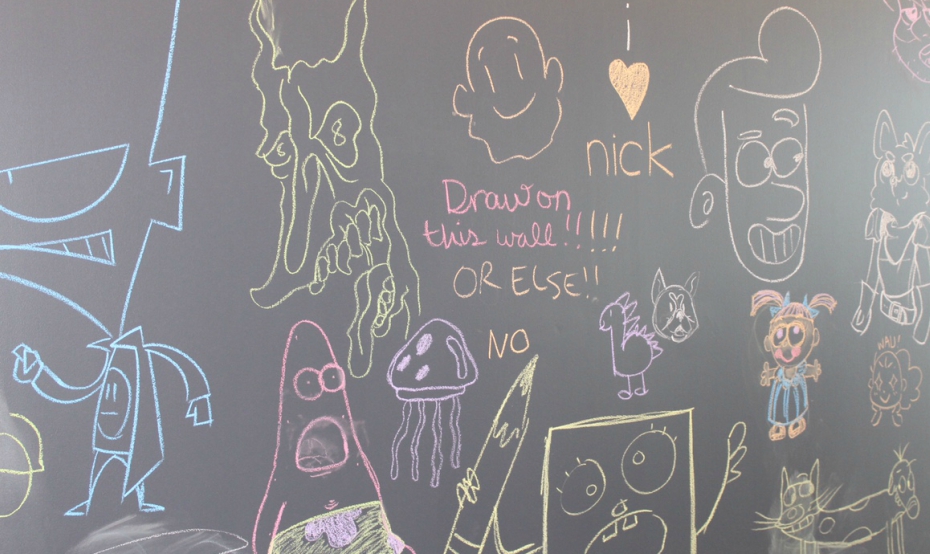 Perhaps the most noteworthy moment of our tour came from a personalized office meet-n-greet with former T.U.F.F. Puppy creator and upcoming Bunsen Is a Beast! creator Butch Hartman. Not only did the artistic innovator whip up an on-the-spot illustration, but he answered some hard-hitting questions I had about his new workspace (*hint, hint* they involved food). 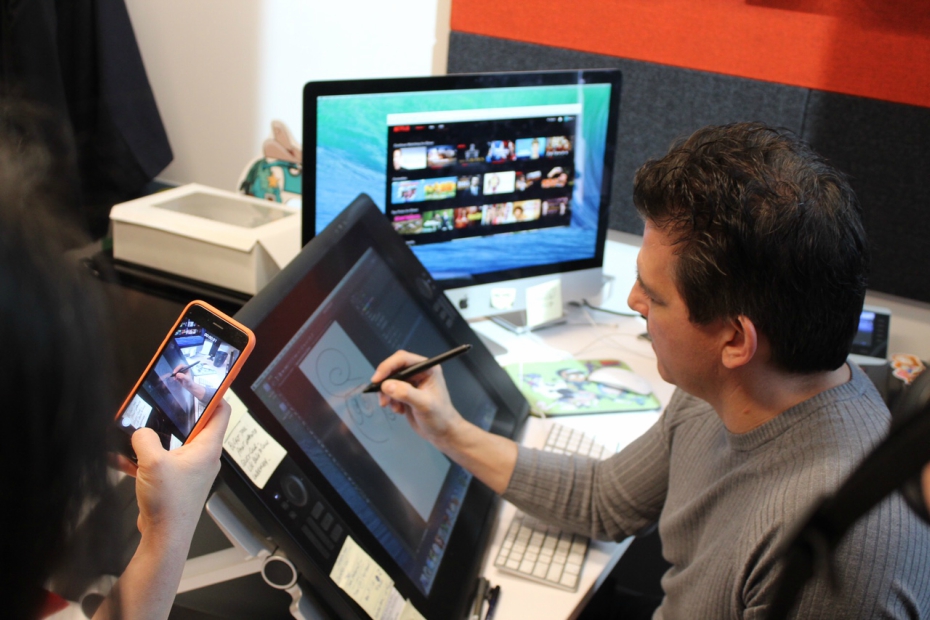 In general, Butch gushed that "There's always something more fun to discover in this building, which is really cool. I even said to my friends, 'When was the last time you moved into a building that wasn't just new to you but a brand new building that no one has ever been in before with all of your friends?' " 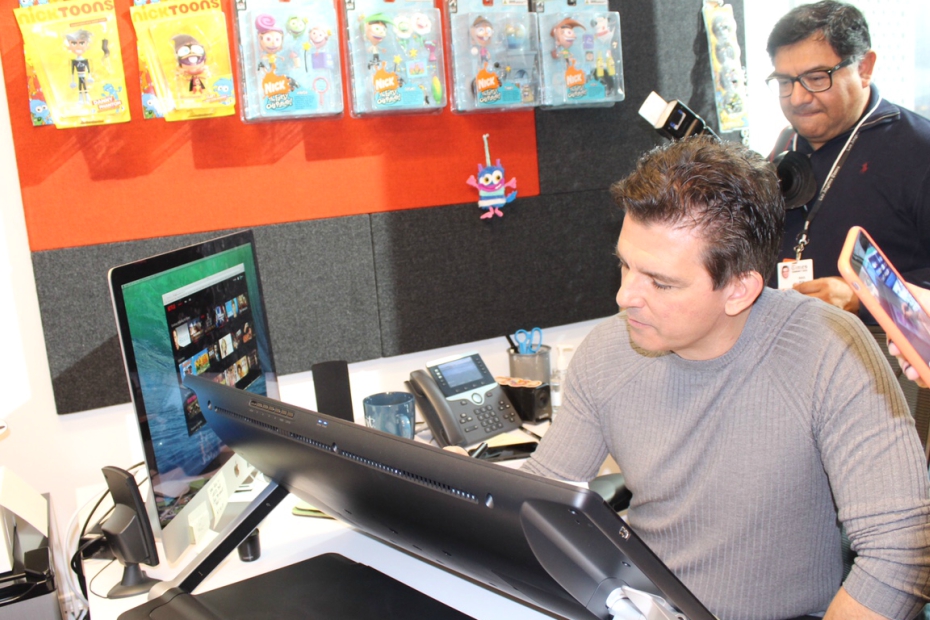 But getting a glimpse inside the creative process that goes into some of your fave cartoons didn't end with Butch. We also stepped into another room with David Steinberg, the Senior Vice President of Nick's Animation Studios. He showed us some sample sketches and took us through some of what goes into bringing these incredible drawings to life! 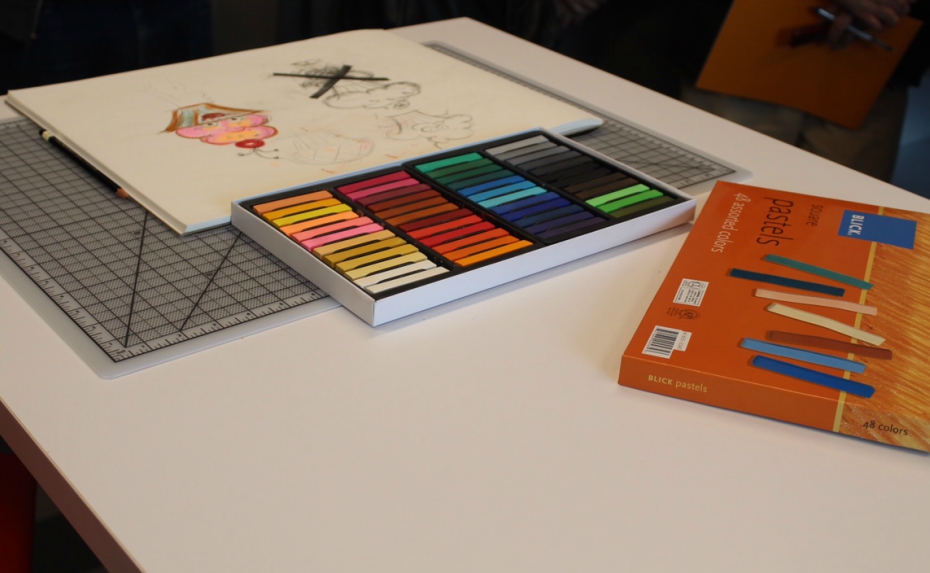 Okay, so now on to the burning question (or shall I say, slimey one…)—Did we get gobs of iconic green goo dumped all over us? Well, kinda… You see, our tour concluded with a step inside the virtual reality room. Now, I have heard of these games before, but truth be told, I've never actually played them. So I didn't quite know what was in store, but once I slipped on my magical goggles, I was immediately transported to this crazy cartoon world, where I selected my fave Nick cartoon (Raphael from Ninja Turtles, duh!) and then attempted to slime the other characters in my virtual world (aka Priscila and the other three people playing the game at the same time). So, to make a short answer long, I did technically get slimed, but my clothing was left perfectly intact. 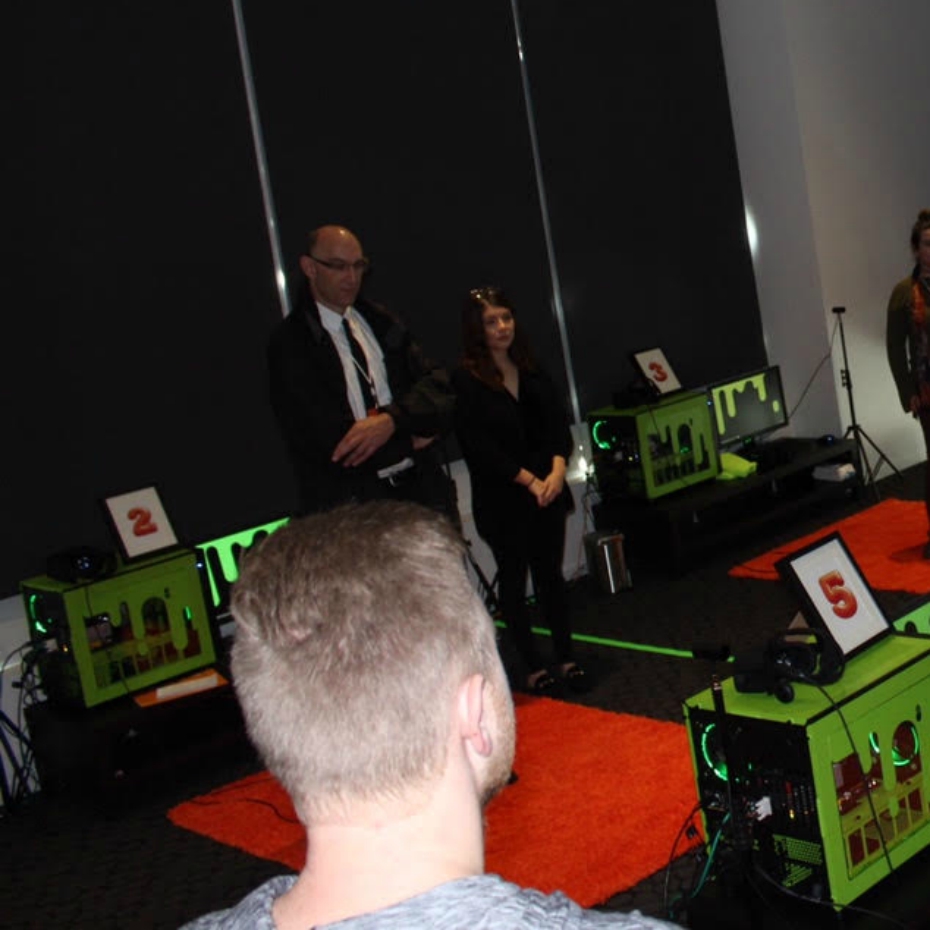 Eventually the VR game ended, but the fun did not. We were then brought over to the exciting ribbon-cutting ceremony to officiate the momentous occasion of this office's launch. What followed was an array of delicious salads, sandwiches, the best salmon I've ever tasted, character-themed desserts and beverages galore—all to the sounds of a DJ, who played a rotation of today's hottest tunes. 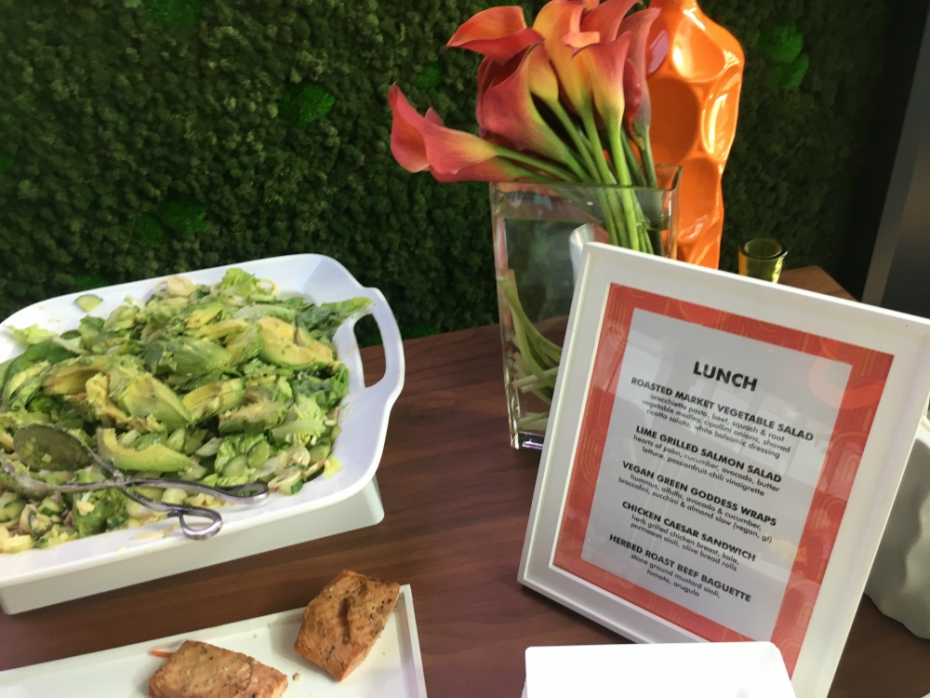 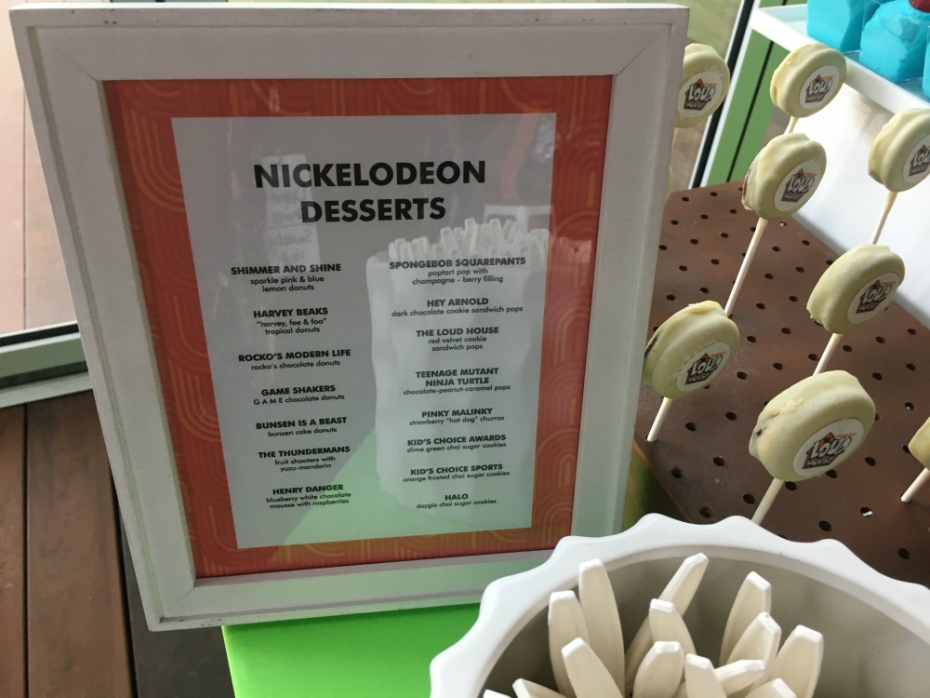 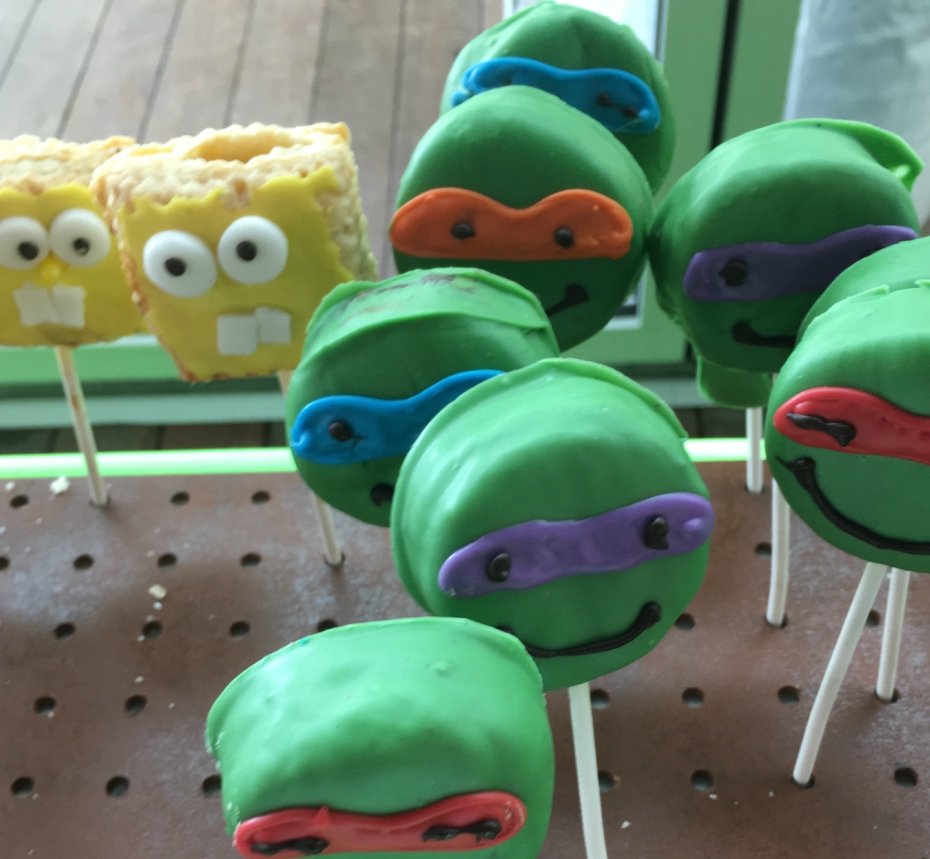 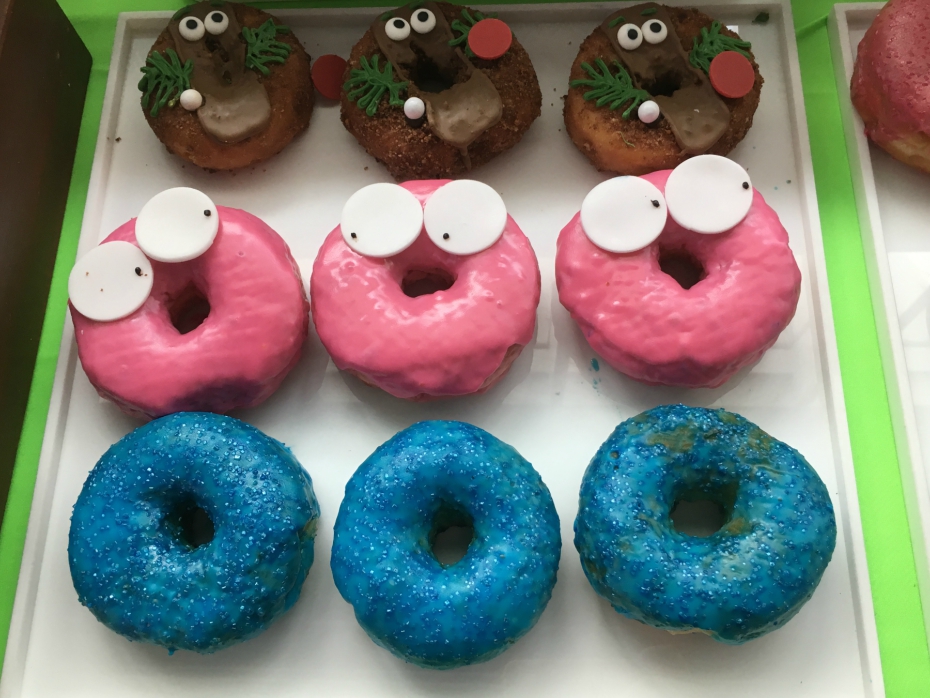 Just when I thought I had fully maximized my morning, I had a chance to hang out in the screening room with four of my fave Nick stars (Thomas Kuc, Madisyn Shipman, Benjamin Flores Jr., former WCW Cree Cicchino and former MCM Jack Griffo), where we took photos and I asked them all about their rad new work space. 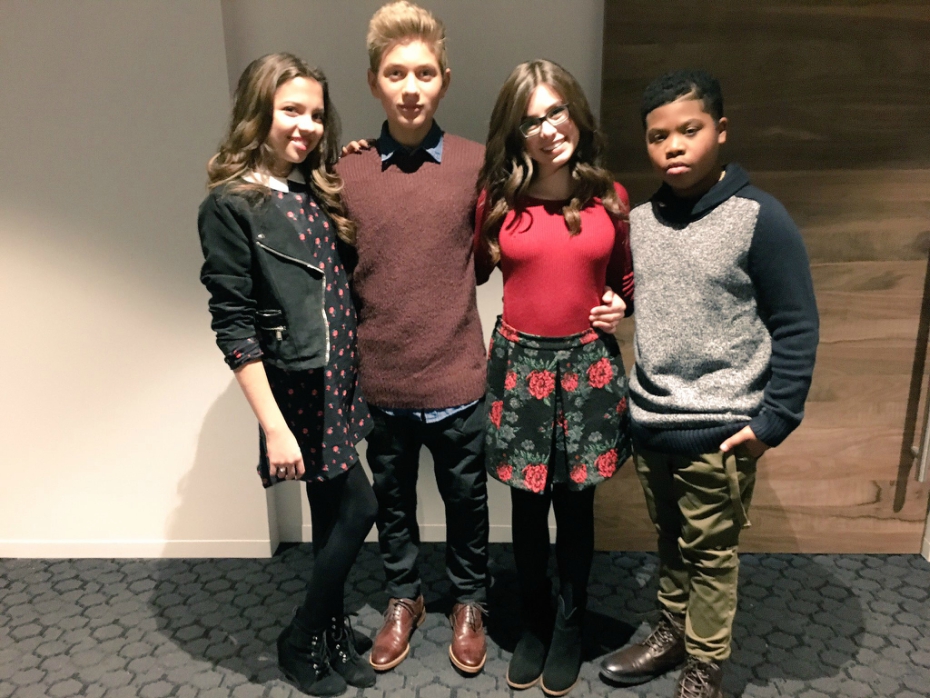 And last, but certainly not least, I was gifted an awesome swag bag filled with Nick memorabilia (thank you in advance, Swell, for becoming my latest gym accessory!). And thank you Nick for a day well-spent. To all you fans out there, we will have much more about the company's incredible new space next week, along with interviews from some very familiar faces! 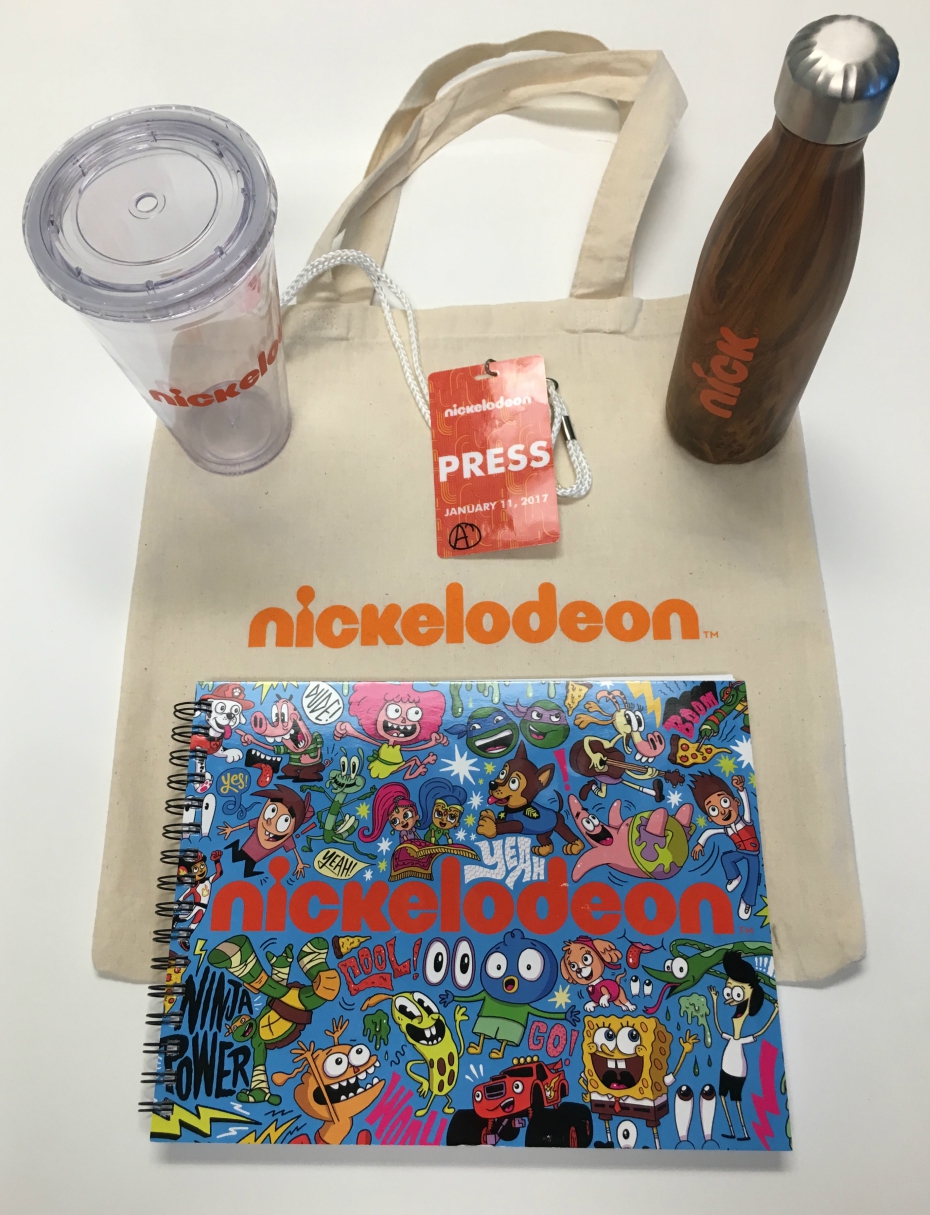