Before getting into the adaptogen game, I was definitely a skeptic.

It just sounded too good to be true that simple, natural ingredients could help with things like clarity, calmness and energy—but once I actually tried them, I was hooked. I couldn't be entirely sure if the ingredients were actually working their magic or if it was all in my head, but either way, they worked, so when the folks behind Odyssey Elixir's adaptogenic drinks reached out and asked if I'd be interested in trying their sparkling beverages for a review and taste test, I just had to say yes—and here's what I discovered.

Odyssey is a brand dedicated to making organic, potent and sustainable beverages that utilize adaptogenic mushrooms as key ingredients for great benefits, including calmness, clarity and energy. The brand offers coffees and teas for focus, energy, mood boost and immunity, but for my review, I was sent their Energy + Focus sparkling elixirs.

These carbonated drinks come in 12 fl. oz. cans, utilizing lion's mane and cordyceps, plus ginseng and organic caffeine from green tea extract, to boost concentration and keep spirits high. They're flavored with real juice concentrate and have between 25 and 35 calories per can. You can purchase a four-pack for $15.99, or a 12-pack for $47.99.

Also read about: NEED SOME FOCUSED ENERGY TO GET YOU THROUGH HOMEWORK? TRY ADDICTIVE WELLNESS'S ELIXIRS

I began my Odyssey odyssey with the Passion Fruit, Orange, Guava flavor because I can't resist POG, and was really pleasantly surprised at the first taste. It was lightly bubbly and super citrusy with a hint of the sweet passion fruit and guava flavor shining through. It wasn't ultra sweet, but I didn't mind that—after all, I'd thought that a drink packing two different kinds of mushrooms might taste like, well, mushrooms. If anything, there was a slightly earthy taste to the blend, which isn't that unusual when it comes to energy drinks.

Of course, the best part of the experience was how it made me feel. It does pack about 85 mg of caffeine, and I can tend to be sensitive to caffeine, but I found that the natural green tea caffeine in this one didn't put me on edge. Even more so, I could really feel a difference in my focus. I had less brain fog and found myself less distracted (checking social media way less frequently) and overall just felt great. I'd find that I had the exact same experience with the flavors to come. 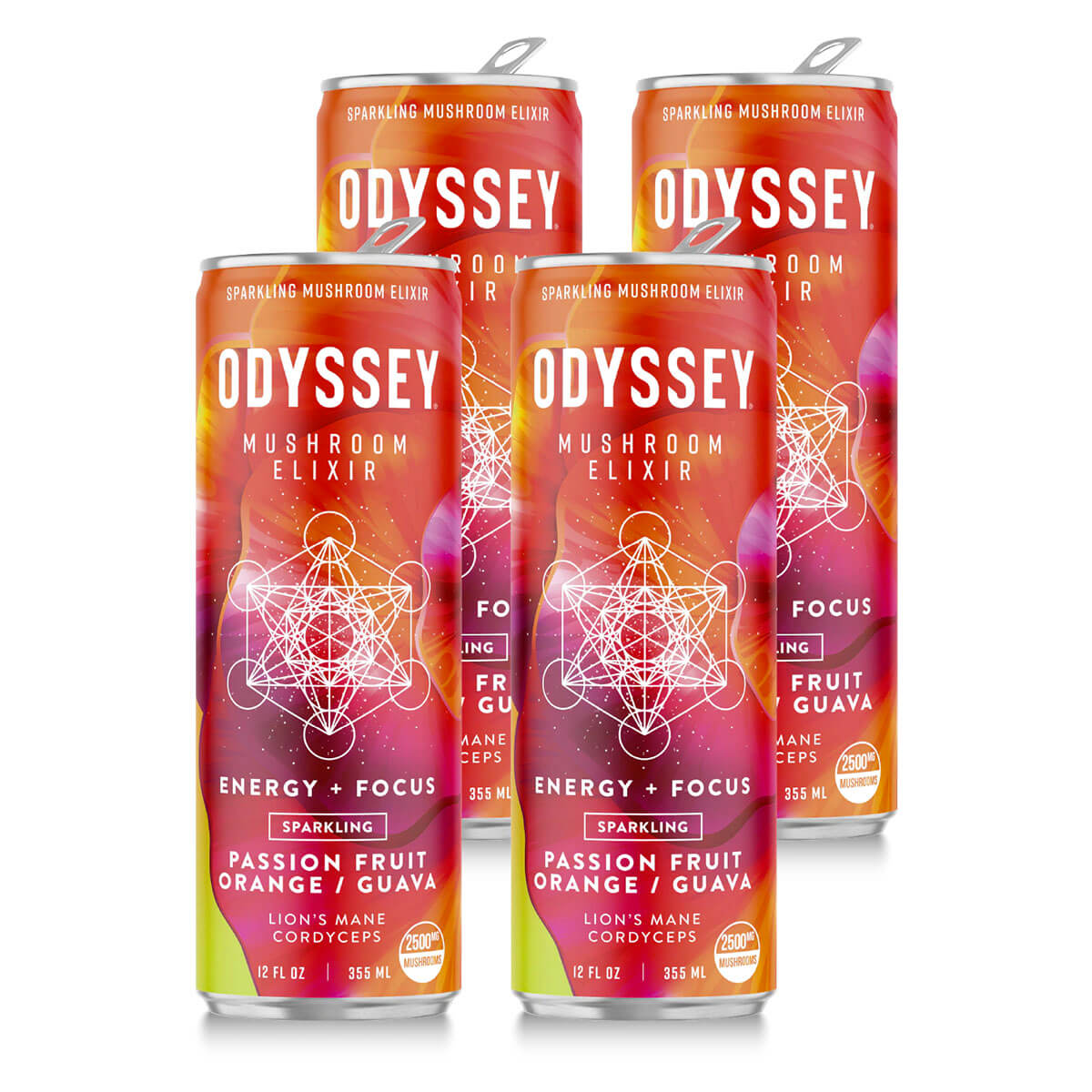 The Orange Ginger flavor had a really bold flavor profile, with a sweeter blood orange flavor, and just a hint of earthy ginger mixed in, just short of actually being spicy. It's vibrant and energetic, and paired really well with the focused effects of the drink. I found the flavor quite easy to sip and was thrilled to find it shared all of the same benefits as the first I'd tried. 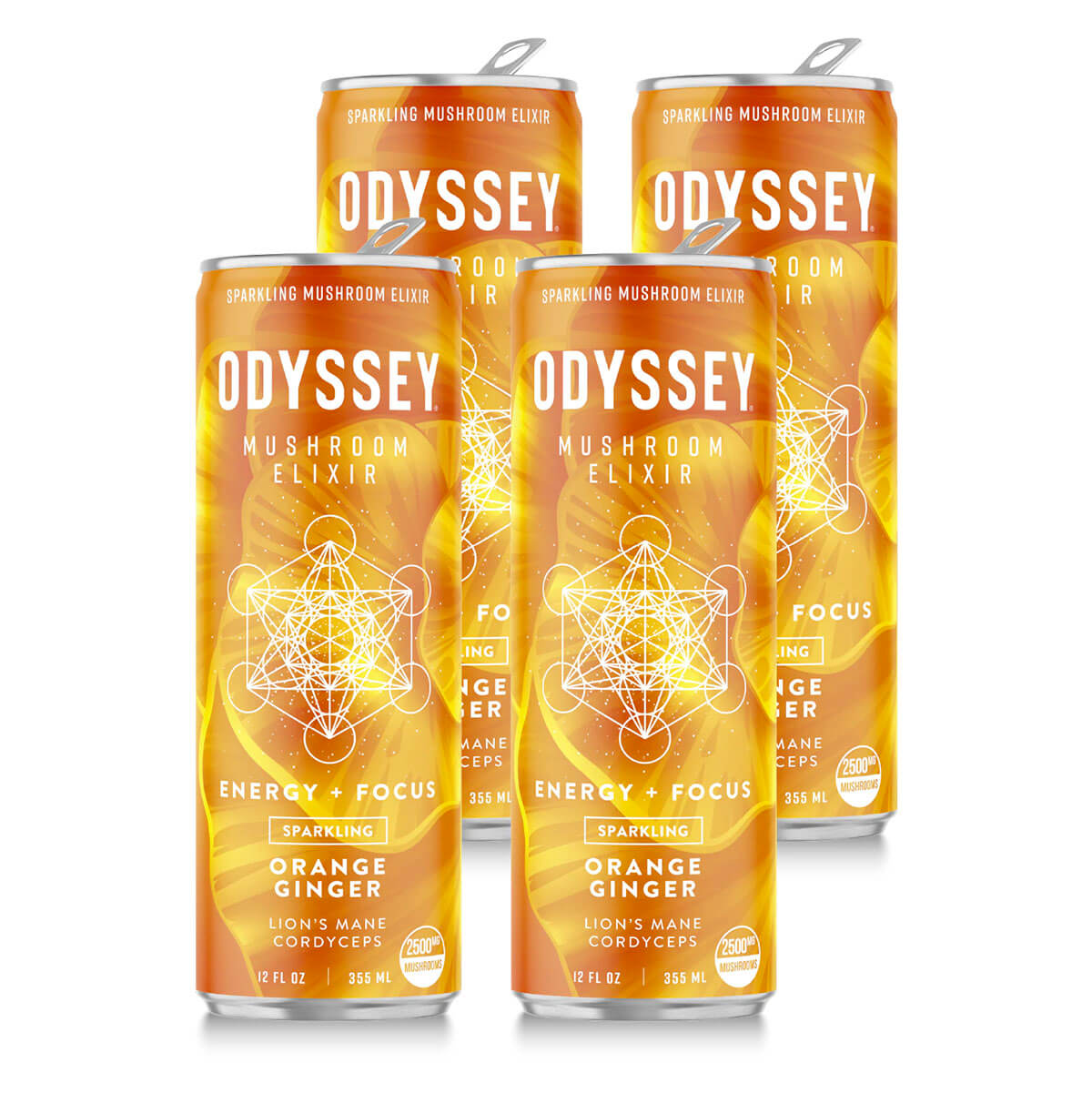 Odyssey's Dragon Fruit Lemonade is really tasty. It's a little tart from the lemonade, with the almost pear-like flavor of dragon fruit to make for a unique and tropical flavor combination you really don't see often, and it works really well with the drink's bubbles. And, just as I'd anticipated, it gave me the same, fabulous benefits as the other drinks. 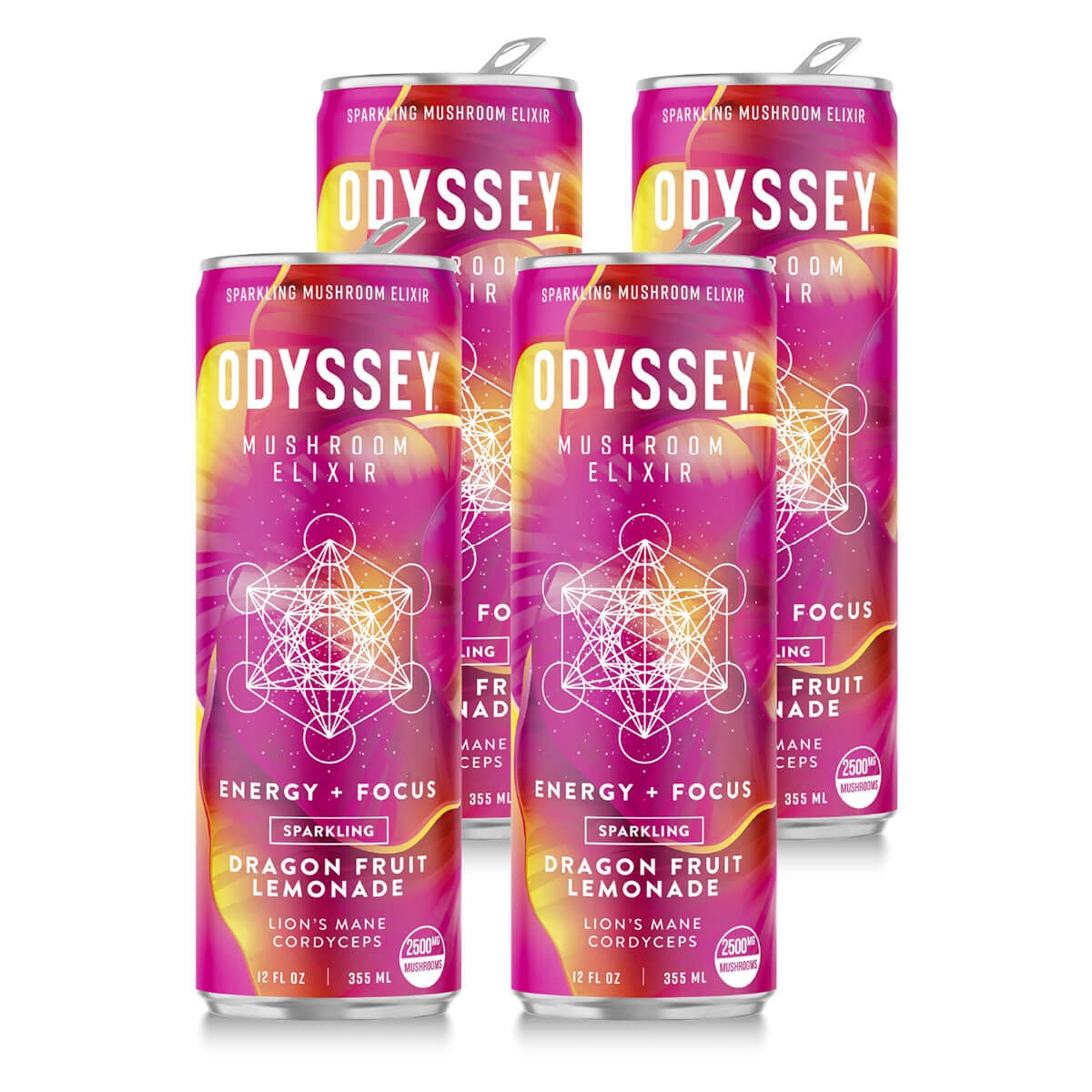 I won't mince words here—to me, this Blackberry Lemon Twist flavor straight up tastes like cough syrup. I thought that would be a big turn-off, but as I sipped it, I found out I actually didn't mind that strongly herbal taste in the back of my throat. I also tried this one for the first time when I had a massive headache, and found that within 15 minutes, my head felt entirely normal again—in addition to granting me that awesome focus and concentration.

That gave me an idea, so I saved the rest of this flavor for subsequent headaches, and the other two cans did the trick for me both times after that. I can't be sure if it's just the usual blend of ingredients that helped my head, or the fact that it tasted like medicine, so my brain was somehow convinced I'd had medicine, but it worked like a charm for me—and I'm very tempted to buy more in case the need calls in the future. 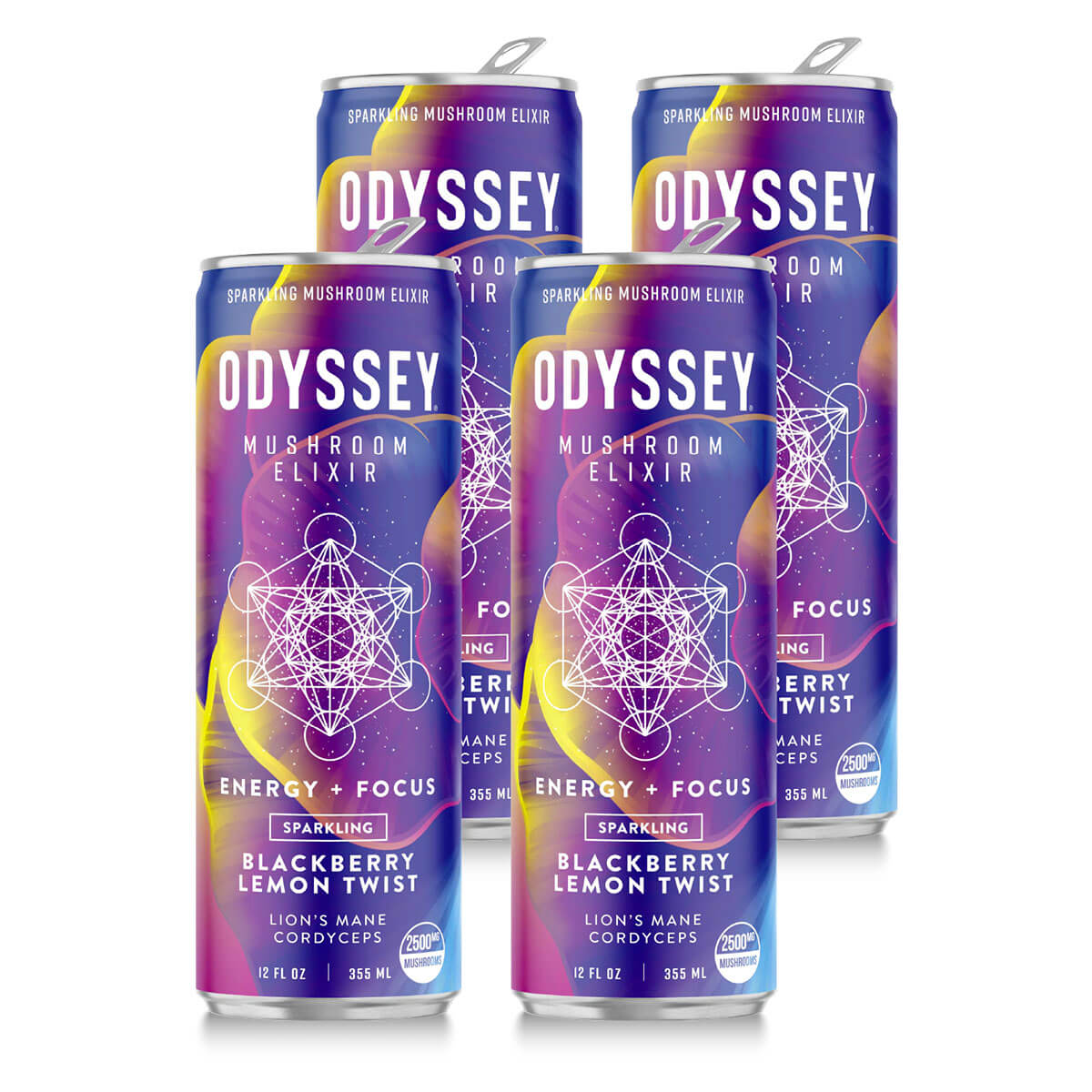 If you've never tried adaptogens, Odyssey is a great place to start. Their drinks are super tasty (for the most part) and also make it effortless to enjoy the kind of enhanced focus and concentration that adaptogens can share. At about $4 per can, they're on the pricier side, but they're at least worth a try to see what they can do for you, especially in those times it's critical to hone in and really concentrate on the task at hand.

Want to check out some other adaptogenic drinks? Click HERE to read our review of Sunwink.