Everything You Wanted to Know About Stranger Things Actor Raphael Luce

When Raphael Luce stepped onto the set of Stranger Things, he had no idea he'd be playing such a pivotal role—or how much the gig would come to change his life.

Things were so hush-hush that the 15-year-old actor didn't learn until much later that the "001" tattoo painted on his arm didn't just mean he was one of the kids at the Hawkins Lab, but one of the most important. He was playing the younger version of Jamie Campbell-Bower's character, Henry Creel, who (*spoiler alert*) goes on to become Vecna. Since then, the actor has gone on to take on roles in Loki as well as The First Lady, but it's the Stranger Things fandom that's shown him how powerful the show truly is. Here's everything we learned about him as our latest Man Crush Monday. 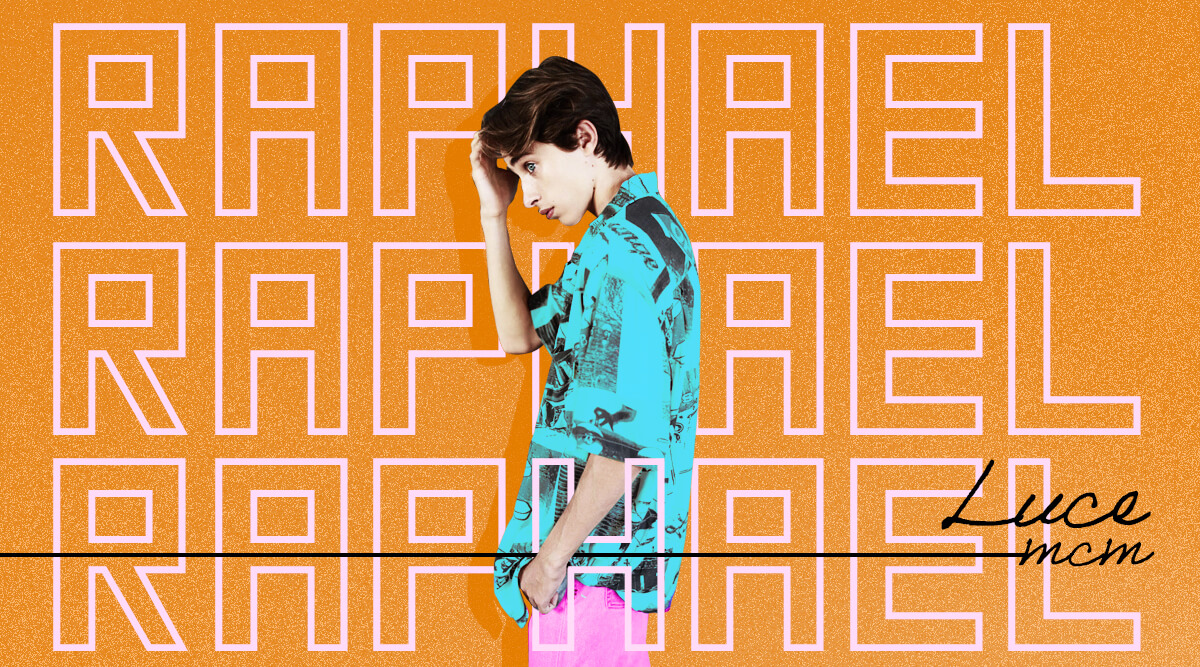 Hometown: "Hard to say—I spent the first 10 years of my life mostly in a 400-year-old house in a small village in the south of France, but then we have split our time between Los Angeles and New Orleans… We bounce around a lot. They all feel like home."

"They are so adorable and cute."

2. He has a couple of go-to methods for unwinding after a tough day.

"I usually like to get some food and water and bring it to my room and play video games with my friends, or go outside and take a nice bike ride while listening to music."

Also read about: Tinsley and Anniston Price on Playing Holly Wheeler and Growing Up on the Set of Stranger Things

3. He's closer to his three best friends Julian, Cooper and Leul than anyone else.

"We can really be ourselves when we're together, and that's the reason why we're so close."

"When I was a little kid, I had it downloaded on an iPad and I would just re-watch it all the time on road trips, airplane travels at home. Wherever I could watch it, I would. 'I love Kung FUUUUUUUUUUuuuuuuuuuuuuuu!'"

5. The No. 1 thing on his bucket list is to go flying in a wingsuit someday.

"I have always imagined how it would be to be able to fly like that!"

6. Here's not afraid to have a good cry at the movies, and says there are a lot of movies that never fail to bring him to tears.

"There are just so many! Lol, It's embarrassing!"

Also read about: How CG5 Channeled His Newfound Love for Stranger Things Into His New Single, 'Strangest Thing'

7. The cast of Friends is his biggest inspiration as an actor.

"I must have watched the whole 10 seasons at least three times. They make me laugh so much! It's my go-to comfort TV time. They inspired me to wanna be an actor because of their obvious fun on set and real friendship, which really is what matters in life to me."

8. His favorite things about himself are that he's able to work really hard when he puts his mind to something, and he never gives up.

9. He loves a meaty pizza, loving ham as a topping in particular.

10. Spider-Man is his favorite superhero.

"He is one of the most relatable superheroes. Half the time he is a superhero, and the other half, he is just a normal kid with a normal life. He is just the coolest."

Also read about: 10 Perfect Gifts for the Stranger Things Fan in Your Life

11. Above everything else, Raphael believes himself to be a kind person.

"I like to help people and I am a loyal friend. I don't feel like I am any more important than anybody else."

Curious about Raphael? Click HERE to read our interview with him on his history as an actor and what it was like to join the cast of Stranger Things.