Sierra Burgess Is a Loser isn't without its faults.

The newest Netflix rom-com makes catfishing seem like the best way to impress your crush and doesn't really send the positive message we were anticipating.

All issues aside, there's one thing that saves this flick—and no, it's not Noah Centineo (not that having him in the film hurts)—it's the film's stellar soundtrack.

We've been pretty obsessed with it as of late, which is why we decided now was the time to rank every single song off the soundtrack. Keep scrolling to see where your fave tune lands on our list! 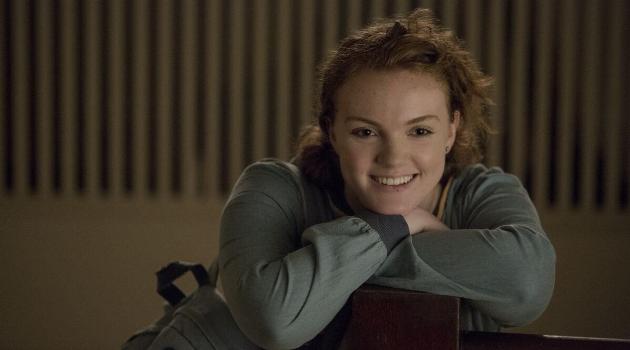 We're going to preface this by saying ranking the songs on this list was hard. We're fans of all the artists and had a tricky time deciding how they all would rank among one another. That said, this bit of original score was what it was. It so eloquently captures the disheartening emotions Sierra, Jamey and Veronica felt after the huge confrontation, while also aiding the story along. This instrumental track is only last because we haven't spent as much time with it as the other songs, and nor do we really plan on doing so. Next.

We hate that we're ranking this song so low too, but here we are. Soft and calming, this score served as the perfect background music for Jamey and Sierra's first call. Thoroughly calming, it aided in showing how easy and comfortable it was for the two of them to talk. It's brilliantly composed, but there are a few other tunes that edged out ahead of it.


12. 'Lie for Love' by Sabrina Carpenter

We adore Sabrina Carpenter to bits, and we're fans of everything she does… well, almost everything. Despite blasting her music on the reg, it took us a few listen to realize she was belting out the vocals on this track. We're not saying it's horrible and we'll never listen again, but we'd definitely be inclined to skip when we put the rest of her repertoire on shuffle.

Pop artist Carlie Hanson is relatively new to the music world, only releasing a few songs since her debut last year. Her single for the film is great, but we love her other moody tunes so much more. We're glad this feature introduced us to her, because we can't wait to see what's in store for this singer in the years to come.

Little did you know, singer-songwriter Leland wrote 11 original songs and composed the score for Sierra Burgess Is a Loser. When we heard he was in charge of the film's music, we knew it was going to be nothing short of spectacular. Spoiler alert: He didn't disappoint. Leland's own songs, including "Latitude," are already cinematic in a way. This one in particular is an easy, breezy, beautiful pop song meant to relieve any tension you're currently holding onto. Props to him for creating one cohesive soundtrack with a variety of artists, because that's not easy to do.

If you weren't immediately hooked by the sharp bass intro, we don't trust you. Like many other tunes on this list, it's too catchy for it's own good with its poppy vibes and memorable lyrics. Catch us listening to K.I.D all day long now.


8. 'Middle of Love' by Leland and VINCINT

With its heavy '80s influence, we were instantly drawn to this Leland and VINCINT collaboration. A purely fun and upbeat song, it puts into words (or, music?) those feelings you get when you start catching feelings for someone. We're not in the middle of love, but fully in love with all this hit has to offer.


7. 'Half of You' by Leland and Bram Inscore

We can't even put into words how magical the composition of this song is. From the instrumentals to the lyrics, it was so well thought out in the way it was crafted, yet such a hodgepodge of various influences. It's entirely unique, yet somehow so familiar. We're probably not describing it as best we can, but you'll get it when you listen to the tune.

Ridiculously catchy and fun, Leland's "Lights" can get anyone moving and grooving—and we're serious when we say anyone. Even the worst dancers can't help but get up and bust a move to this poppy hit. Listen to it too many times though, and you'll have it stuck in your head for days. Good luck trying to get it out.

Allie X is a creative artist we've been supporting for a while now. We'll never forget the first time we saw her perform, opening up for Troye Sivan. She was so unique and interesting, and her music is exactly the same. She's unafraid to be true to who she is, yet still experiment with her sound from song to song. This tune is equal parts sweet and salty in the most Allie X way possible. We live for it.

Betty Who? More like Betty Who doesn't love this woman and her music? Give us a break, we tried. Anyway, Betty Who is an artist we've championed since she first burst onto the scene. Years later, here we are jamming out to her tune from Sierra Burgess Is a Loser while our besties stare at us in embarrassment. It's one of those groovy tunes you can't help but dance around to, whether you're locked away in your room or sitting in a car.

This is by far one of our top three Allie X songs. It entered our lives at a time we were going through a rough breakup and needed to be reminded that our ex wasn't worth our time. Her whispery vocals are so powerful over the synth instrumentals. And don't even get us started on the whistles in the chorus that are too catchy for their own good.

Allie X coming in hot again, because we love this girl and you should, too. A beautiful song about loving yourself, you can't tell us this hit didn't define the movie. While most self-love tunes tend to turn us off and have us rolling our eyes, this one caused them to water. It's pure and raw, not holding anything back in the most beautiful way possible.

Yes, this song also takes the No. 1 spot on our list. How could it not? The moment we heard Shannon Purser bear her heart and soul on this track, we immediately broke down in tears. The message of the song is a feeling we know all too well, and the raw, honest vocals tug on our heartstrings. Take away this acoustic tune and the movie wouldn't be what it is.

You can listen to the songs, in the order they were intended to be heard, on the playlist below:

Netflix's The Kissing Booth also has a solid soundtrack from front to back. See our definitive ranking of the movie's score HERE.

musicrankingsierra burgess is a loser