The Office Episodes to Watch for Every Emotional Need

There's a good reason why, even eight years after it went off the air, The Office remains a beloved and acclaimed sitcom.

Over the course of its nine-season run, The Office was often romantic, sometimes sweet and always hilarious, with a few super cringey moments thrown in for good measure, and its characters are just as beloved today as they were all of those years ago. If you love the show, but aren't quite sure which episode to watch next, why not let your feelings pick for you? Keep scrolling to discover The Office episodes to watch for every emotional need.

For When You're in a Lovey-Dovey Mood:

In the need for a little romance? Start off with the steamy kiss that started everything between Jim and Pam with "Casino Night." In this early episode, Jim and Pam were the ultimate will-they-won't-they relationship, and this kiss and love confession were the things of legend. Of course, it would still be years before the two could actually be together, but we think it's still one of the most memorable moments after all of these years. 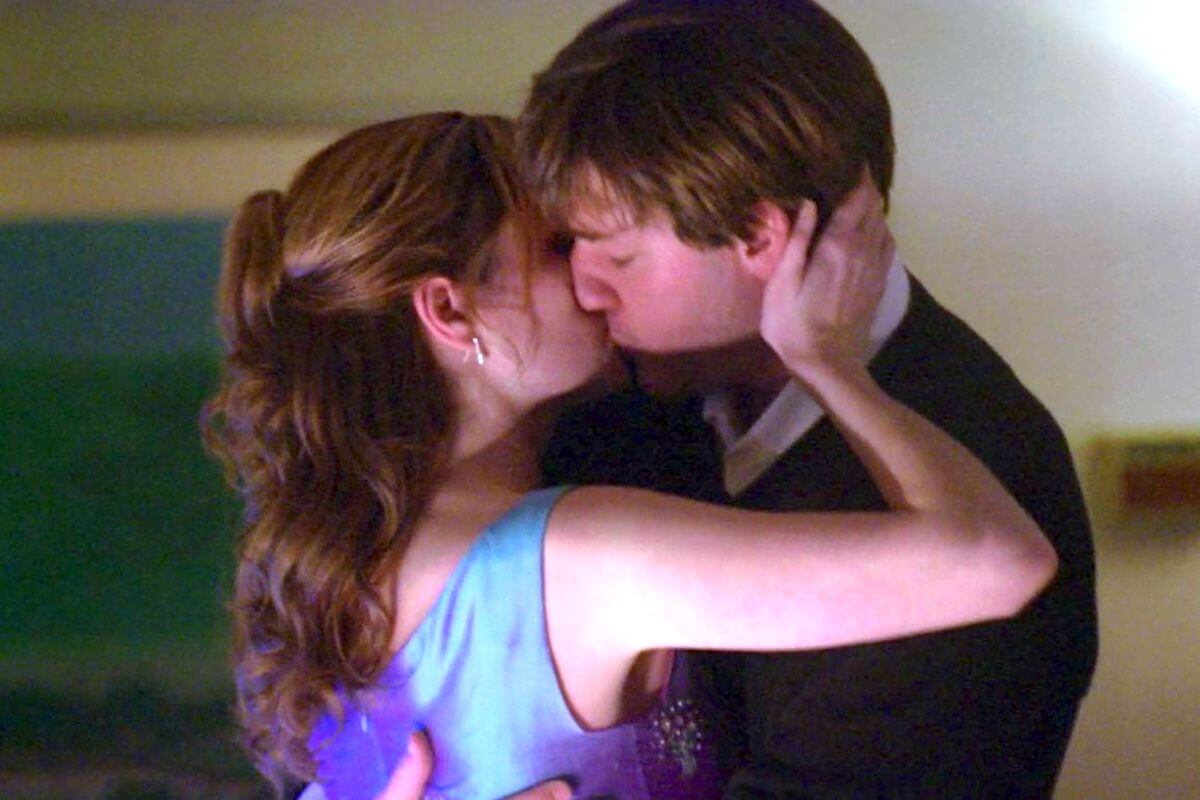 Things got even more complicated between Jim and Pam during Season 3. While Pam calls off her wedding with Roy, her chances with Jim are dashed when she finds out he's started a relationship with Karen. It's just when Pam has finally come to terms with the fact that they probably won't be together when Jim shows up and unexpectedly asks her on a date. Of course, she says yes, and gets so flustered she forgets what she was talking to the camera about.

Of course, Jim and Pam don't have the only epic romance on The Office, and while there are a number of serious contenders for the title of second-best love story, we have to give it to Michael and Holly. After Michael and Jan's toxic relationship goes belly-up, it's so nice to see Michael find a kindred spirit in Holly. This episode sees Michael's proposal to Holly in one of the sweetest moments of the series—followed by the bittersweet news that Michael plans to leave Dunder Mifflin forever to be with her.

For When You Want to Remember You're Not the Cringiest Person on Earth:

If you're anything like us, sometimes, watching something painfully awkward is just the thing you need to feel better about your own life. "Dinner Party" is definitely one of those episodes. The tension between unhappy couple Michael and Jan is so thick you could cut it with a knife, and their passive aggression is so hard to watch because we've all been there before (hopefully, to a lesser degree). 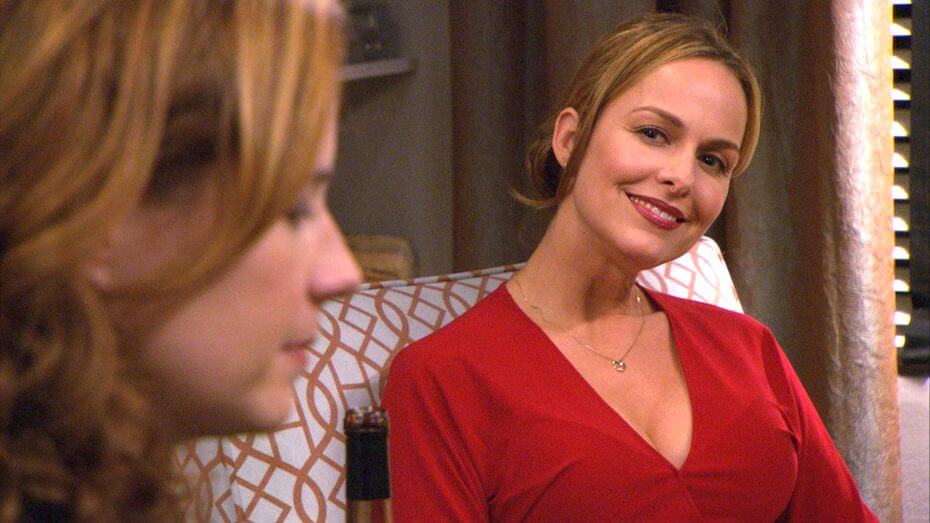 There's a reason this episode has a reputation for being the most uncomfortable in the series. In "Scott's Tots," we learn that once upon a time, Michael promised a bunch of third graders that he'd pay for their college tuition. Now that they're high school seniors entering college, the time has come to pay up, and Michael's in no situation to do so. It's truly painful to watch—but at least we're pretty sure you haven't messed up as bad as Michael has here. 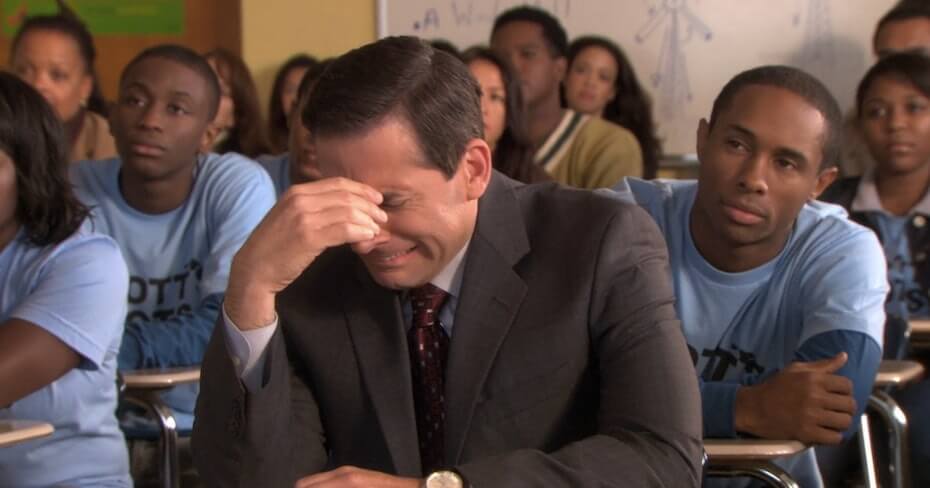 This one is just plain awkward. In "Nepotism," the new office assistant (played by Evan Peters) Luke is instantly disliked by everyone on the team, so it's suspicious when Michael defends him so eagerly. When it turns out he's actually Michael's nephew, and he's only on board because of that relationship, no one is happy. Things get even worse when Michael spanks Luke in front of the whole office.

For When You Want to Cry:

There's a lot going on in the Season 3 episode "Business School," but the show reaches emotional heights with Pam inviting her coworkers to an art show where one of her watercolors is on display. Oscar is the only one to show up, criticizing her work when he doesn't think she's listening, and when Roy comes, it's clear it's out of obligation. Pam truly begins to doubt herself, and her abilities as an artist, when Michael shows up after a delay. Not only does he genuinely love her piece, showing the office building where they all work, but he buys it to hang in the office. His pride for Pam seriously makes us tear up every time.

The Office just isn't the same when Steve Carell exits the role as Michael Scott, and the lead up to his goodbye is a massive tearjerker. Of course, we're thrilled to see Michael go off to be with his true love, Holly, but it's bittersweet, and his individual sendoffs with every one of his valued employees make us tear up every time. Seeing Michael leave is like having to say goodbye to a beloved friend, and it doesn't get easier no matter how many times we watch it. 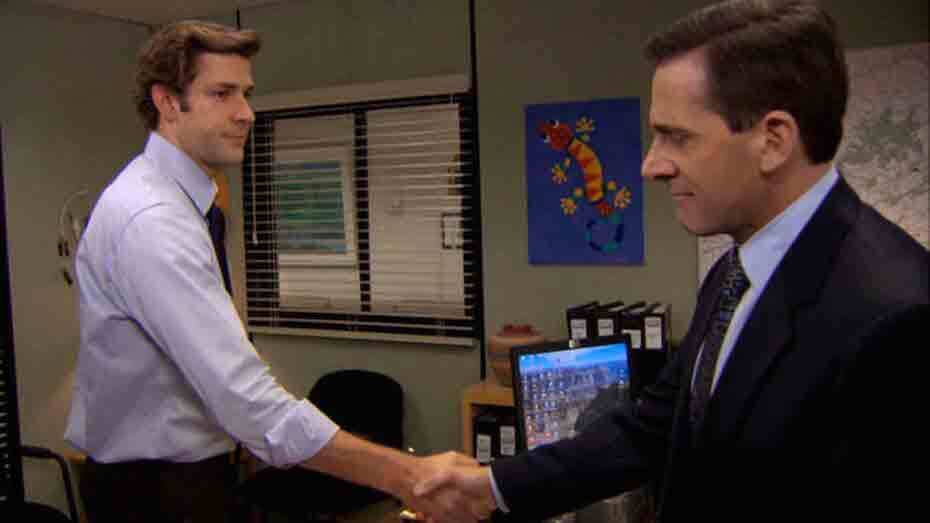 Perhaps even harder than letting go of Michael was letting go of The Office as a whole, but this sendoff gave us everything we could have possibly wanted. From Dwight and Angela's wedding to seeing many of the characters live out their best dreams, all buttoned up with a thrilling surprise visit from Michael Scott, the episode gives happy endings to all of the characters that deserve it most. Let the happy crying commence.

For When You Want to Cry (From Laughing):

A lot of moments jump into our heads when we try to recall the funniest episode of The Office, but "The Injury" might be the very best. In this episode, Michael accidentally burns his foot on a Foreman grill on the floor while attempting to start his day with a tasty breakfast. When Michael calls into the office to be "rescued," Dwight rushes off, crashing into a pole in the process. The resulting concussion makes him surprisingly friendly, and the combination of Michael's burnt foot and Dwight's new personality make for some unmatched laughs. 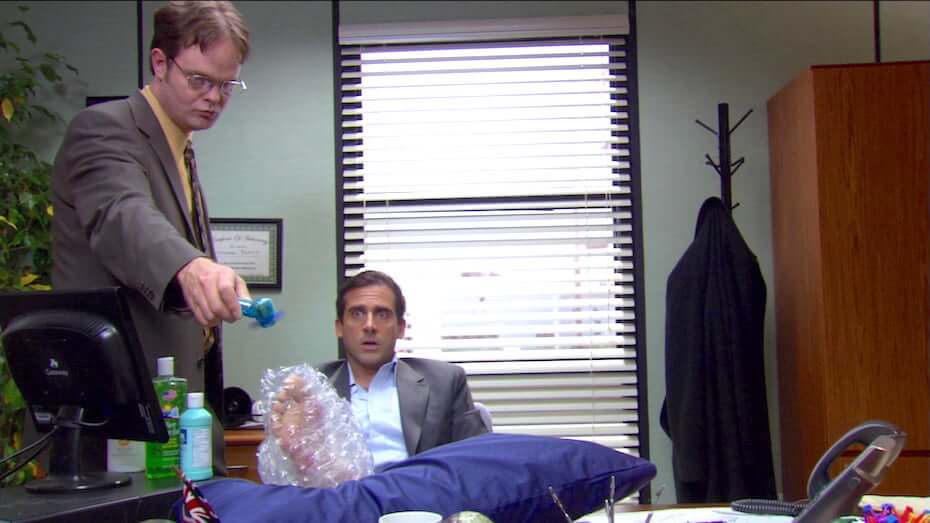 We hate to admit it, but Michael's horrible money troubles in the episode "Money" have us cackling every time. In this one, Michael starts working a second job as a telemarketer in order to support Jan's exorbitant lifestyle—which isn't helped by Michael's own gratuitous spending. This also leads to one of our favorite lines of the series in Michael proclaiming: "I declare bankruptcy!" in the belief that will settle his debts. When Jim confronts him about his money habits, Michael hops on a train and tries to run away from his troubles, only to find it's just already reached its destination. Also, bonus points for this also being the episode where Jim and Pam visit Schrute Farms.

This one's a little silly, but we love it nonetheless. Way back in Season 2's "The Client," the office discovers a screenplay by Michael titled Threat Level Midnight, following the exploits of Agent Michael Scarn (loosely based on Michael). Five years later, they brought it to life in the form of his full spy thriller in which Michael Scarn faces off against his arch-nemesis, Goldenface (Jim) to avenge the death of his wife, Catherine Zeta-Scarn. It's hilarious from start to finish, and it's also wonderful to see the return of some older characters in a new light.

Miss the show? Click HERE for our ranking of the characters from The Office—from the perspective of Michael Scott.