If you keep up with Sweety High, you know that we're all about toast.

Whether we're trying our hand at making unicorn toast or speaking with the creator herself, we can't get enough of interesting toast recipes. Breakfast is the most important meal of the day, after all.

With all of the hype surrounding the recent fad of sweet potato toast we knew we had to give this breakfast innovation a spin.

Find out what happened when I made sweet and savory topped pota-toast below:

Potatoes have been my favorite food since I was a child (something that myself and my co-worker Ashley have in major common—in fact she even wrote about this deep love here), so I was instantly drawn to this unique spin on a traditional breakfast meal.

I decided that I would make two kinds of toast using two different methods. After quite a bit of thought I decided to go with one sweet— peanut butter banana, and one savory—avocado with tomato. I then gathered my ingredients: one fat sweet potato, one banana, a jar of peanut butter, one avocado, one tomato and red pepper flakes. 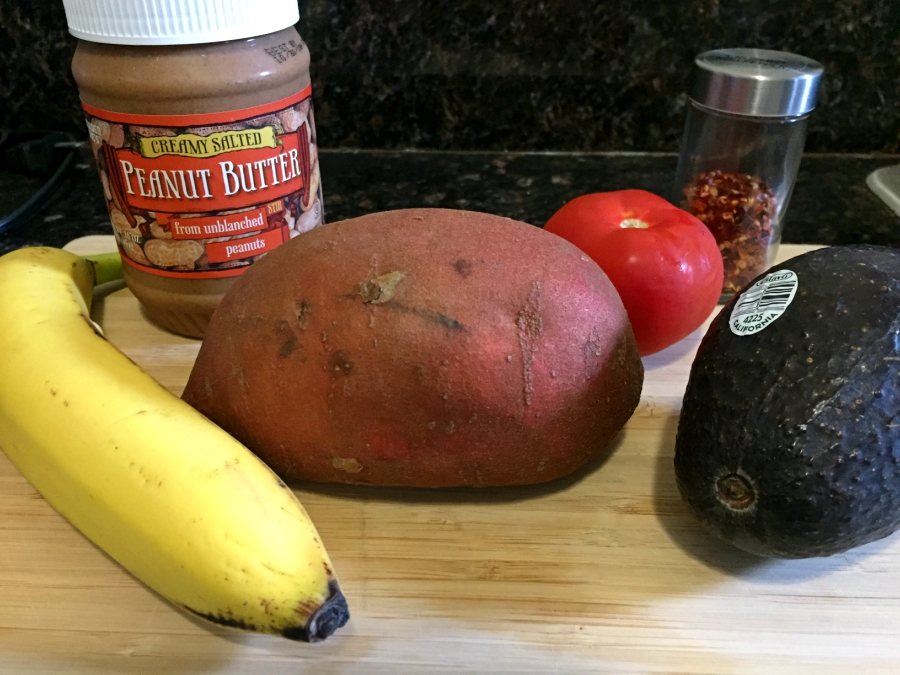 First step is cutting into the potato. After doing a little research of my own I knew I needed to make these slices thin (about a quarter of an inch according to various food bloggers).

Never have I attempted a feat in which I would exclaim, "Kids, don't try this at home!"…until now. Cutting a sweet potato into thin slices is incredibly difficult. I absolutely recommend soliciting the help of your parents for this step in the pota-toast making process. Honestly, if the greatest culinary invention is sliced bread, then the next greatest will be sliced sweet potatoes. It took me about ten minutes to divvy up the entire potato thanks to my healthy fear of slicing off a finger. If you've ever had a pumpkin carving incident go horribly wrong like I have, you know what I'm talking about. 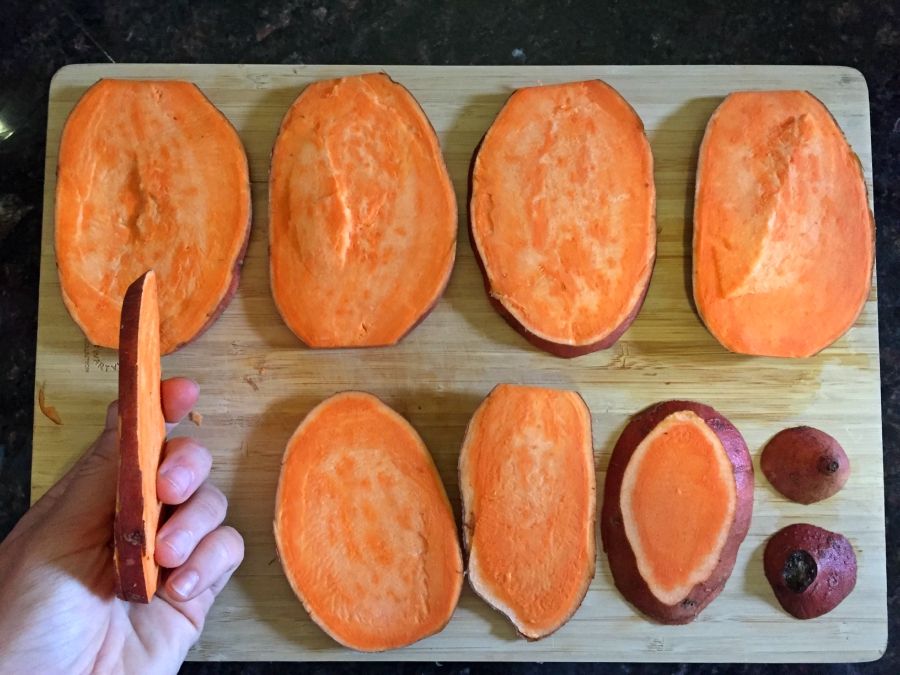 Once your slices are complete, it's time to pop them into the toaster, or oven, or toaster oven. Because I don't have a toaster at home (I know, who am I, right?) I decided to try out both the oven and my toaster oven.

Set your appliances to 450 degrees and place the sweet potatoes on greased aluminium foil. I did not grease the foil and my oven potatoes stuck to the surface. Cook for 10-20 minutes per side depending on the thickness of your slices.

I was interested in seeing how the different cooking processes would change the outcome of my slices. I was willing to bet that the oven would do more justice to the potatoes but color my pockets empty because the toaster oven actually worked much better. The oven gave my potatoes a deflated look and they thinned much more than the toaster oven potatoes.

The slices will be soft and flimsy unlike toasted bread which gets hard and crunchy. Don't be discouraged because that's the way you want them. Sweet potatoes are not the most delectable veggie when they're undercooked and crunchy. That said, I recommend cutting your potatoes a little thicker than a quarter inch. The potatoes loose a lot of their width during cooking and my slices could hardly be considered substantial.

Add your toppings and you're done! 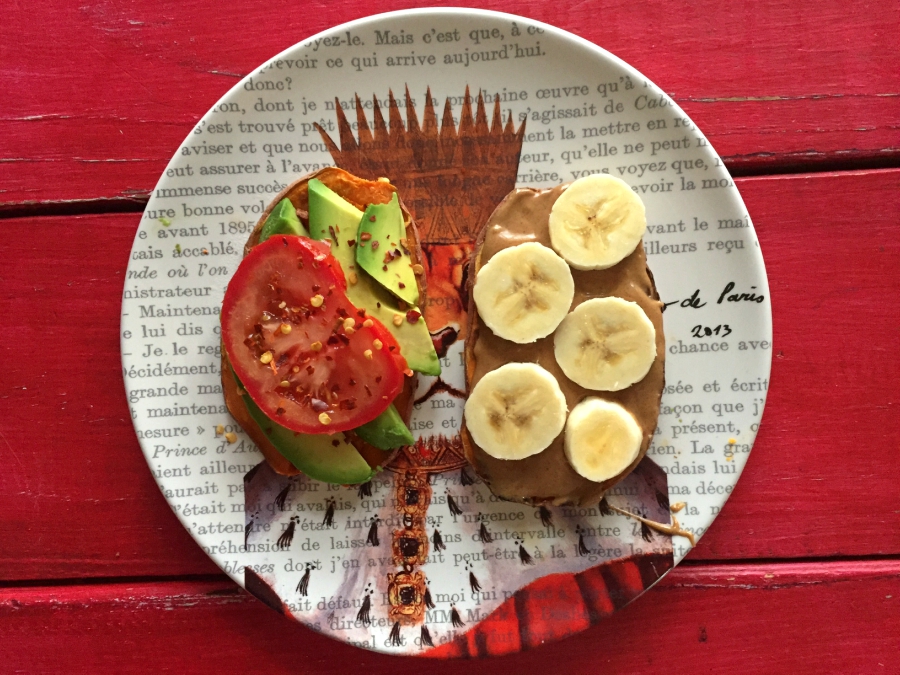 Spoiler alert: It was delicious.

I can't definitively say which slice I preferred because they were both so different. I love the buttery taste of avocado which is much healthier for you than actual butter but the sweetness of the potato definitely complemented my nana-nutter slice. As a first-thing-in-the-morning-option I would probably go with the peanut butter banana toppings while I'd choose avocado pota-toast for an afternoon snack.

The verdict? Delectably time-consuming. This meal takes a million times longer to make than regular bread-based toast, though it is higher on the nutrition scale.

My recommendation would be to try this breakfast out on a morning when you have plenty of time to spare, and then after that indulge in this delight when you're at brunch with your friends.

I would gladly swap bread for sweet potatoes any day of the week… as long as it's being cooked and served to me.

All in all it took me about an hour to make the meal and under three minutes to devour it. This snack is the perfect menu option but definitely wouldn't be considered a "quick bite." 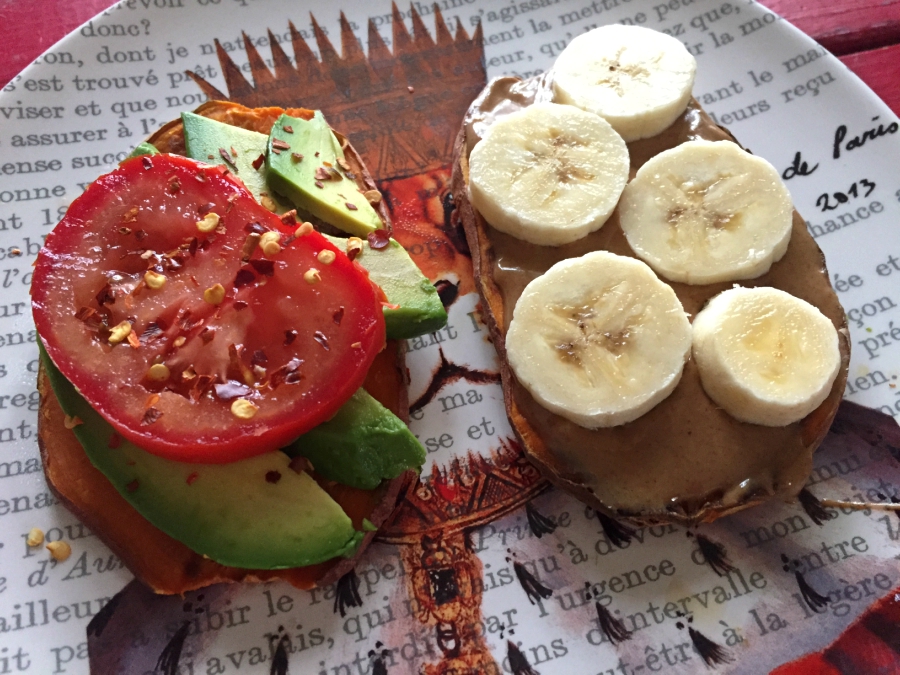