This Was THE Hot Animated Movie the Year You Were Born

We bet that some pretty flawless animated movies were released the year you were born. Who knew some of them were as old as you?

If you were born between 1998 and 2000, here's the top movie from the year you were born—and what we can all learn from it.

A Bug's Life is a classic all about embracing what makes us unique and the power of teamwork. If even ants can achieve big things, why can't us humans? It taught us that when you put together a team with a common goal, they can do pretty much anything—and take down any bad guys, no matter how strong. 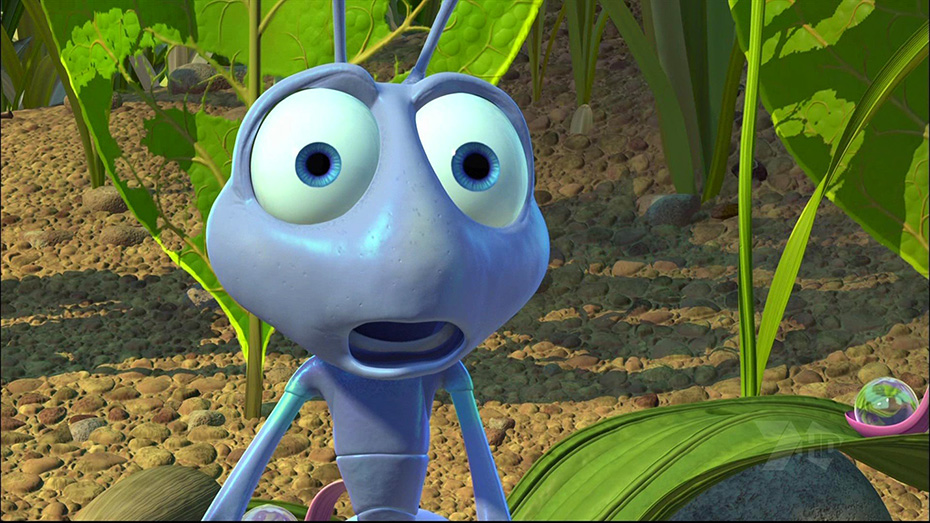 Despite the Iron Giant's massive size and metal exterior, he's a big softie at heart. He's proof that you can't judge anyone from their appearance and that it's what's inside that counts. Even though he was created as a weapon, he chooses peace and to do all he can to save those he cares about. Don't forget to break out the tissues, because this one always makes us shed a tear or two. 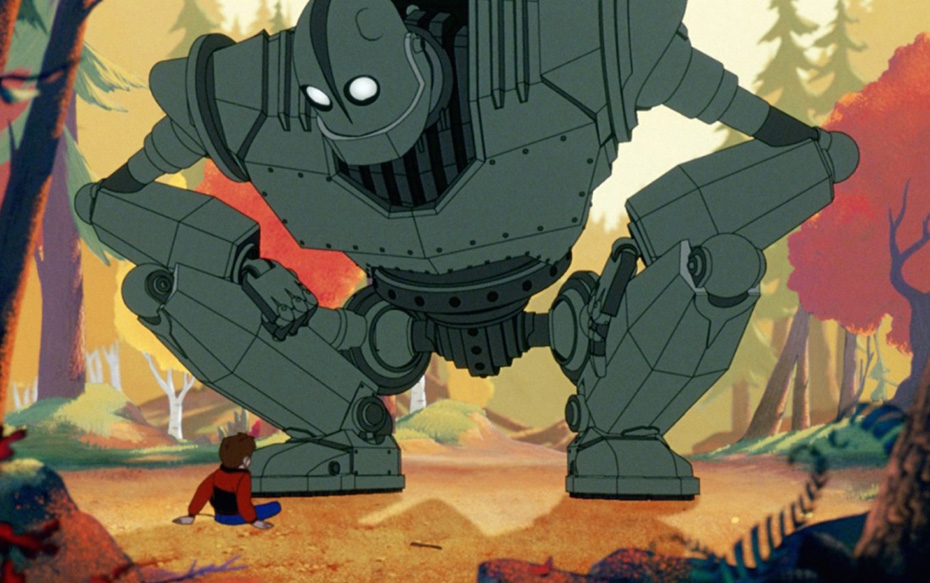 The spoiled emperor-turned-llama Kuzco starts the movie off as kind of a jerk, but when he loses it all and befriends the kind-hearted Pacha, he's forced to look at his life and make a few changes. The fact that Kuzco as well as the movie's villains, conniving advisor Yzma and her dumb but kind henchman Kronk, are absolutely hilarious makes this movie just as relevant today as the day it came out all those years ago. 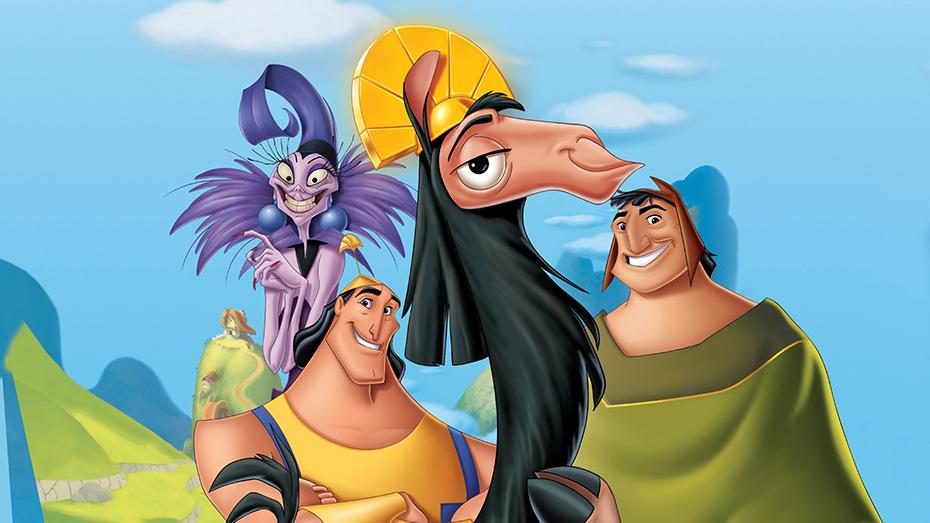 In Monsters, Inc., the monsters are terrified of the human children they scare to power their city—but the kids are harmless. It seems that people are usually scared of what they don't understand, and seeking the truth always makes the path clearer. Mike and Sully are also awesome examples of the power of friendship and teamwork. The movie also taught us that people who think there's only one right way to get a job done probably don't know what they're talking about. 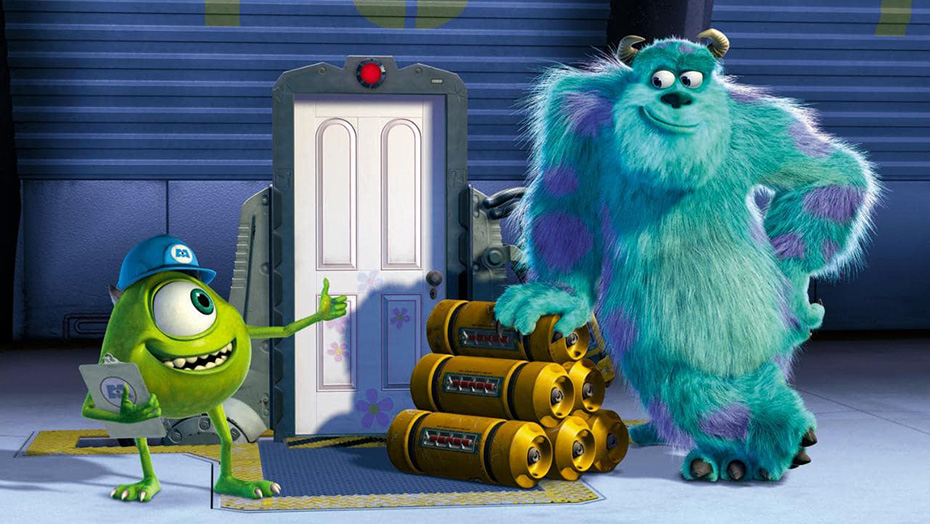 This Studio Ghibli classic is all about growing up. At the beginning of the movie, Chihiro is grouchy about moving to a new home. Of course, her attitude changes when her parents are mysteriously transformed into hungry pigs and she's forced to fend for herself in a strange, mystical world. She must go on a journey of self-discovery, surviving in an unfamiliar land. In the process, she meets a dragon-boy named Haku and a spirit called No-Face who help guide her home. 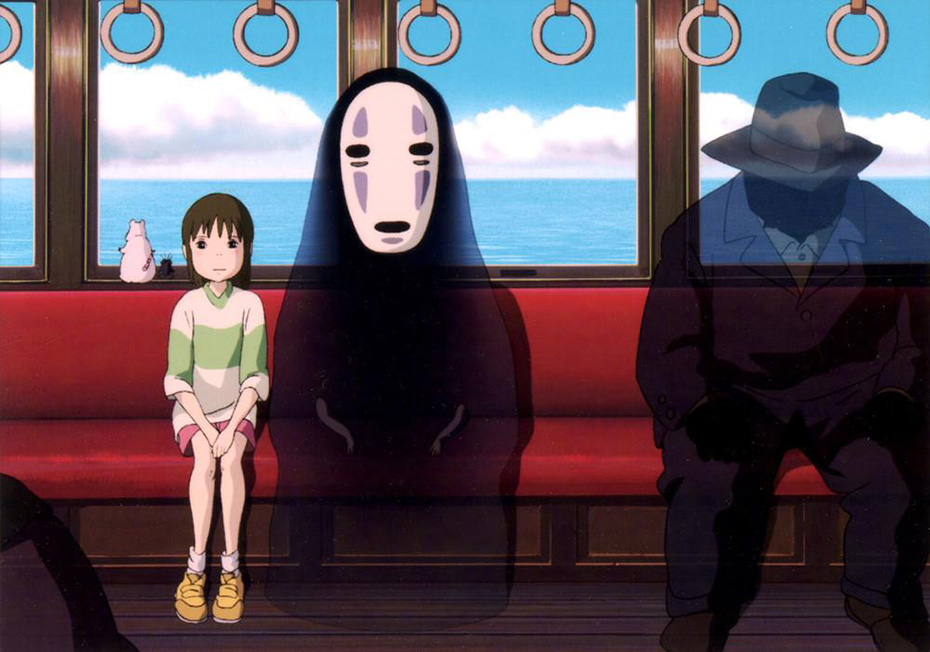 (Spirited Away via Studio Ghibli)

Marlin's overprotectiveness of his son Nemo reveals it's no good being too watchful of the people you care about. You've got to let them swim free and discover life for themselves because sheltering them will only prevent them from becoming their strongest selves. The movie also taught us to never give up. Just. Keep. Swimming. 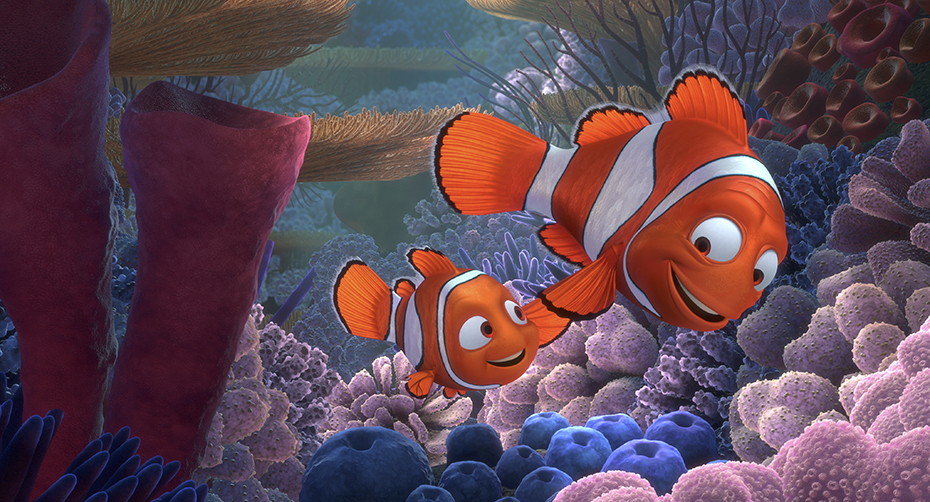 The Incredibles become a family of powerful superheroes—but they don't start the movie off that way. They're forced to hold back from their full potential to fit in with the rest of society, and only when they embrace their strength are they able to save the day. Likewise, you should accept your strengths, as well as your weaknesses. Any team works better together when each member understands their abilities.

The story of Corpse Bride includes a tricky love triangle split between the Land of the Dead and the Land of the Living—but real love can feel just as complicated. The movie proves that you can never force your feelings and that even the supernatural can't get in the way of true love. It's also important not to give in to the pressure of what your friends or your parents want for you and go with what you feel is right.

Mumble the penguin lives in a society of emperor penguins where everyone finds a partner by singing. Unfortunately, Mumble was born without the ability to sing, but he more than makes up for it in his dancing abilities. He even manages to woo the best singer around, Gloria, with his dance skills, as they truly differentiate him from the pack. His unique abilities are truly special, and when those around him refuse to accept him for who he is, he realizes it's time to find a new group who will. 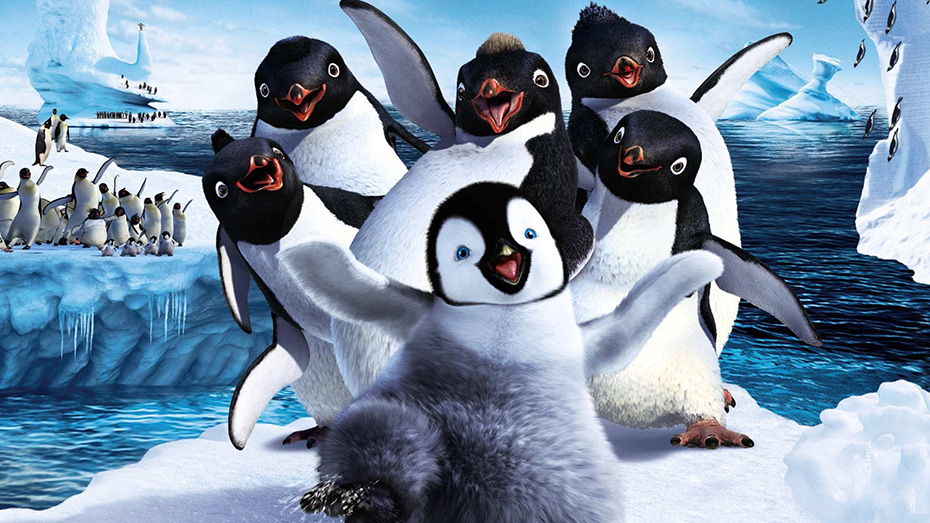 Remy dreams of being one of Paris' top chefs, which is tough due to his being a rat. With the help of a struggling chef, he manages not only to make his dream come true but to be accepted even by the biggest of critics. Remember that no one can ever tell you what you can and can't do based on where you come from or what you look like. If you have big aspirations, you can reach them if you refuse to give up. 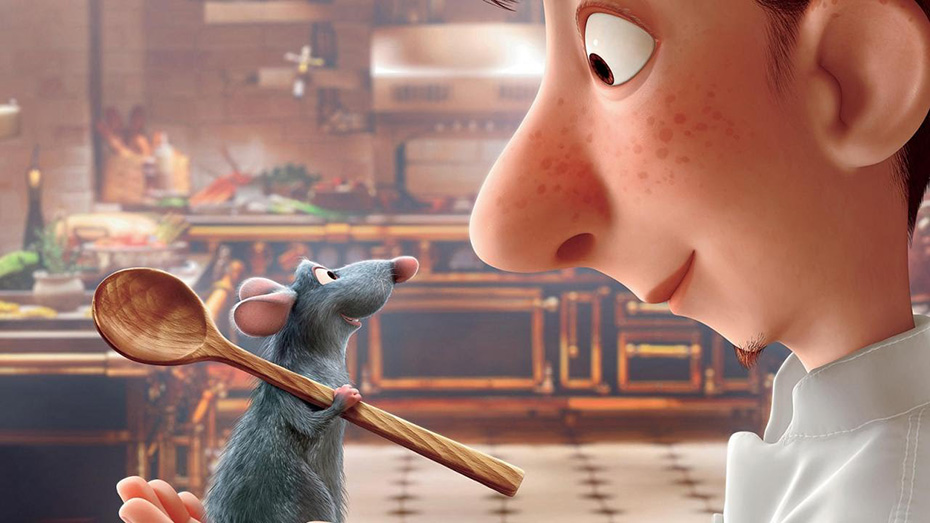 WALL-E may be a robot, but he has real humanity and serves as a reminder of what it means to really live. When he tags along with EVE as she's being taken back to the starliner, he discovers that humanity has become a race of blobs in floating chairs who don't know how to communicate with each other face to face. It helps us remember to always live in the present and value the company of others, and that we shouldn't always take the easy route in life. This little robot is so wise. 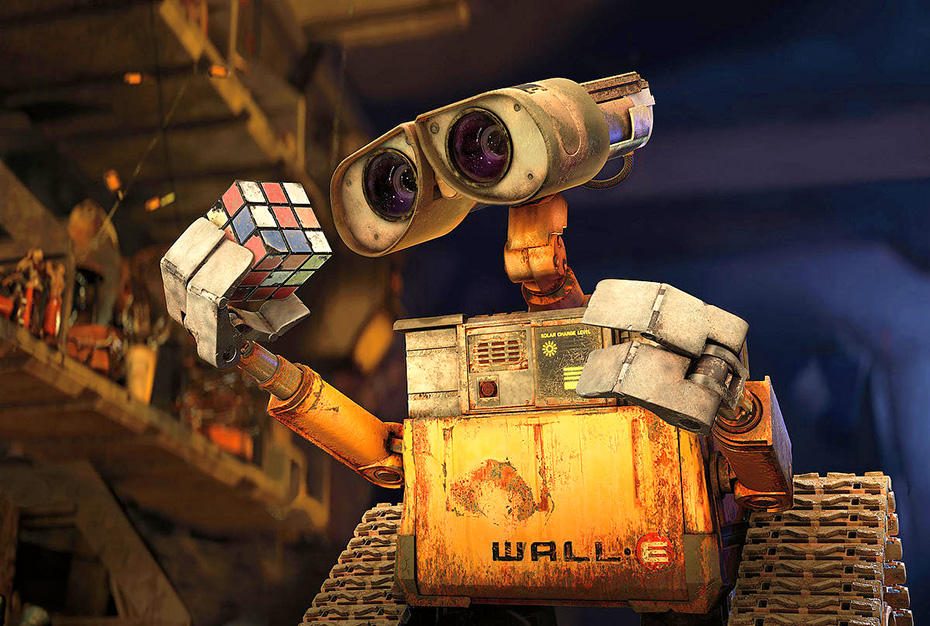 Here's another one that will have us crying without fail. Only a few minutes into the movie, we see Carl meet, fall in love with, marry and lose the love of his life, Ellie. The weight of his loss leaves him unable to go on the adventures they always dreamed of. When threatened with eviction from the house the couple built together, Carl decides to keep a promise to Ellie, turning the home into a ship lifted by thousands of balloons. He's proof that it's never too late to go after your dreams—sometimes you just need an extra little push to make it happen.

(Up via Walt Disney Pictures)

Toy Story 3 is another movie about what it means to grow up and move on from the past. As Andy prepares to go off to college, he hasn't played with his toys in a long time. He plans to put his toys in storage and bring only Woody along for the ride—but of course, everything goes wrong and he's separated from all of his toys. In the process, the toys learn that there's nothing wrong with new friends as long as you never forget the old ones. Someday you might grow out of the things that matter to you now, and that's okay. Just be sure to pass those things along to the next generation and allow them to love them, too. 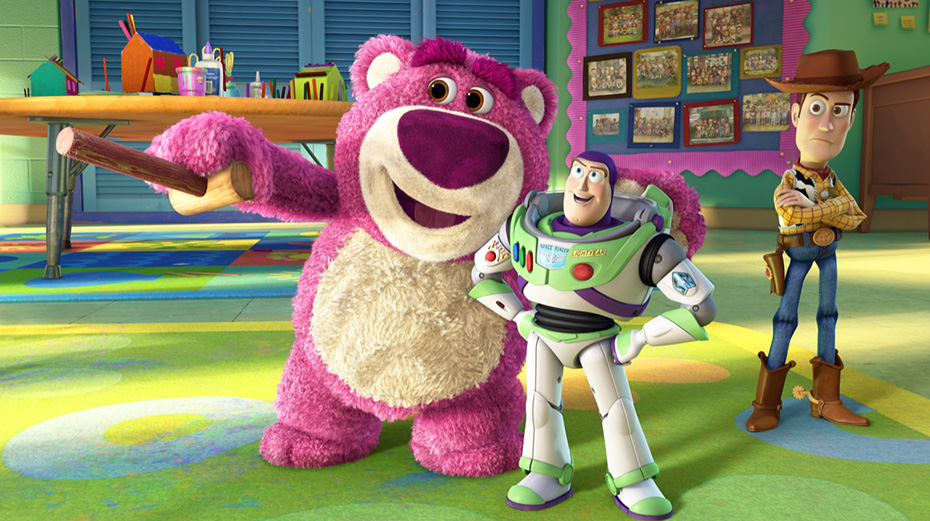 And if you can't get enough of these movies, click HERE to find out what your favorite Disney Pixar flick reveals about your personality.