From playing a young Jane in Jane the Virgin, to starring as Harley in Disney Channel's Stuck in the Middle, Jenna Ortega is moving on up in the world.

We're proud to shout it from the rooftop that we've got a girl crush on this hard-working cutie. Keep reading to discover all the reasons why: 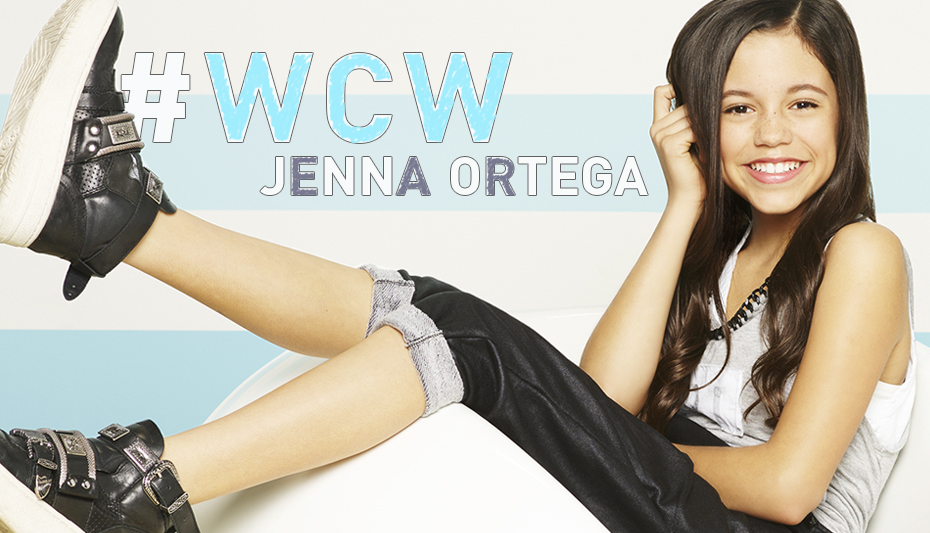 1. Jenna started acting when she was eight years old. Her mom told her it wouldn't be easy, but she was determined to make it her career. She did it!

Happy National Siblings Day???? I'm happy to be #StuckInTheMiddle not just on TV, but in real life. My family is my everything! #nationalsiblingsday PC @terrahjade

3. When she isn't busy acting, Jenna likes to play soccer, do cheerleading and hang out with her friends.

4. She has a dog named Anna, who is named after the character Jenna played in her first movie. AWW!

5. Jenna loves cats, too! She supports the Stray Cat Alliance, a non-profit organization that promotes the importance of spaying and neutering cats.

wanted to take this baby home yesterday after visiting the @straycatalliance booth! there's so many kittens/cats out there that need homes and medical care, but Stray Cat Alliance is trying to change that. So far they have helped over 16,000 cats! If you're interested in a cat or you want to see what they've done for these cats, go give them a follow and check them out❤️????#straycatalliance ????

6. She is currently starring in New York Spectacular with the Radio City Rockettes in New York.

I still can't believe I'll be performing live at the @radiocitymusichall with @therockettes this summer in NYC???? pic.twitter.com/3W8E6AXlDE

7. If she could raid any celeb's closet, it would be Zendaya's. Same.

We're also obsessed with Jenna's hilarious Jane the Virgin co-stars the Merrell twins. We chatted with the girls and they revealed their secret to telling the best jokes. Discover what it is HERE.