Country artist Tegan Marie is about to blow up big time.

On Monday, Aug. 29, she will be performing on none other than Good Morning America for the world to see. To say we're proud of our country star would be an understatement. We've been huge champions of this girl for a long time now, and all the success she's achieved is definitely well-earned.

As if we didn't express our love of Tegan enough, we're solidifying our undying admiration by crowning her our #WCW this week. Read on to discover all the reasons why she should be yours, too! 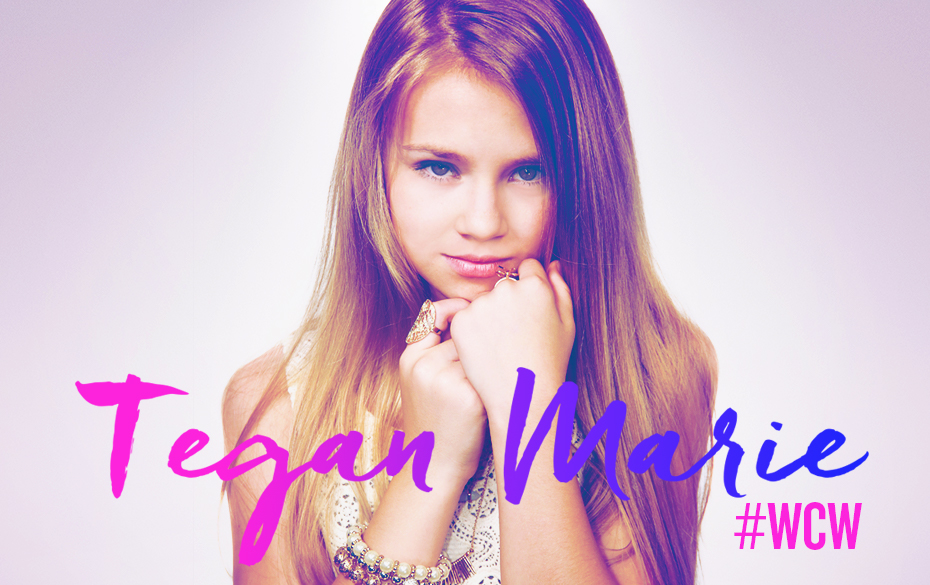 1. Tegan has three dogs named Bubba, Scooby and Sadie who are incredibly adorable. Bubba even co-starred in her "God Made Girls" music video. S'cute!

2. All of the proceeds from Tegan's single "Lucky Me" went to benefit the Flint water crisis. What a sweetheart!

3. She shared that Kelsea Ballerini, Chris Lane and Florida Georgia Line are just a few of her musical influences. Remember when she sang "Love Me Like You Mean It" with Kelsea? We'll share this throwback with you again in case you missed it.

4. Before Tegan and her band go on stage to perform, they always have to chant "bucket of fish" a bunch of times, she tells Sweety High. How interesting!

5. In June, Tegan released a cover of Florida Georgia Line's "H.O.L.Y." and it has just about 16 million views on Facebook. She basically broke the internet, nbd.

6. Tegan already has plenty of amazing accomplishments under her belt, but there's still one major thing she wants to cross off her bucket list. "I want to get a horse," she tells us. "One day it will happen!"

Tegan is just one of a few country artists you should start obsessing over if you haven't already. Get to know THESE four other rising country stars.