How We Are Scientists Explored the Opposition of Heart vs. Mind on New Album Lobes

In October 2021, NYC indie duo We Are Scientists put huge smiles on our faces with the release of their vibrantly upbeat and playful album HUFFY—and today, Jan. 20, they've enchanted us with something entirely different with the release of its companion album Lobes.

Whereas HUFFY felt infused with sunny feelings and beachy guitar vibes, Lobes explores an alternate side to the band's sound and ethos, with a darker makeup and electronic focus, like night to HUFFY's day. Across 10 self-produced tracks, the duo gets introspective, tackling the tendency to overthink things and the constant push and pull between the heart and mind. The album is truly special—and made even more impactful as a sibling to HUFFY—and we got to chat with We Are Scientists' vocalist and guitarist Keith Murray to learn all about it in the interview below.

Sweety High: What does the album name Lobes mean to the group? Why did that title feel like the perfect summation of this group of songs?

Keith Murray: We initially thought that lobes, which are like individual segments or components of a larger whole, like a bodily order or something, would be a funny way to describe the multiple songs on the record, coming together and acting as individual "lobes" of the album. The more I thought about the title, and specifically the aspects of "lobes" specifically as separate operating divisions of the brain, the more it felt like it actually resonated with the album's lyrics.

So much of the record talks about the different (and sometimes competing) ways of thinking about or approaching a situation—having an emotional reaction versus a rational reaction, and the way that both of those modes of thinking can exist simultaneously and even in contrast or competition with one another, despite coming from within the same mind. I liked the idea of illustrating this album's addressing of those competing modes of thought by referencing how separate the parts of the brain grapple with opposing approaches. So: Lobes. 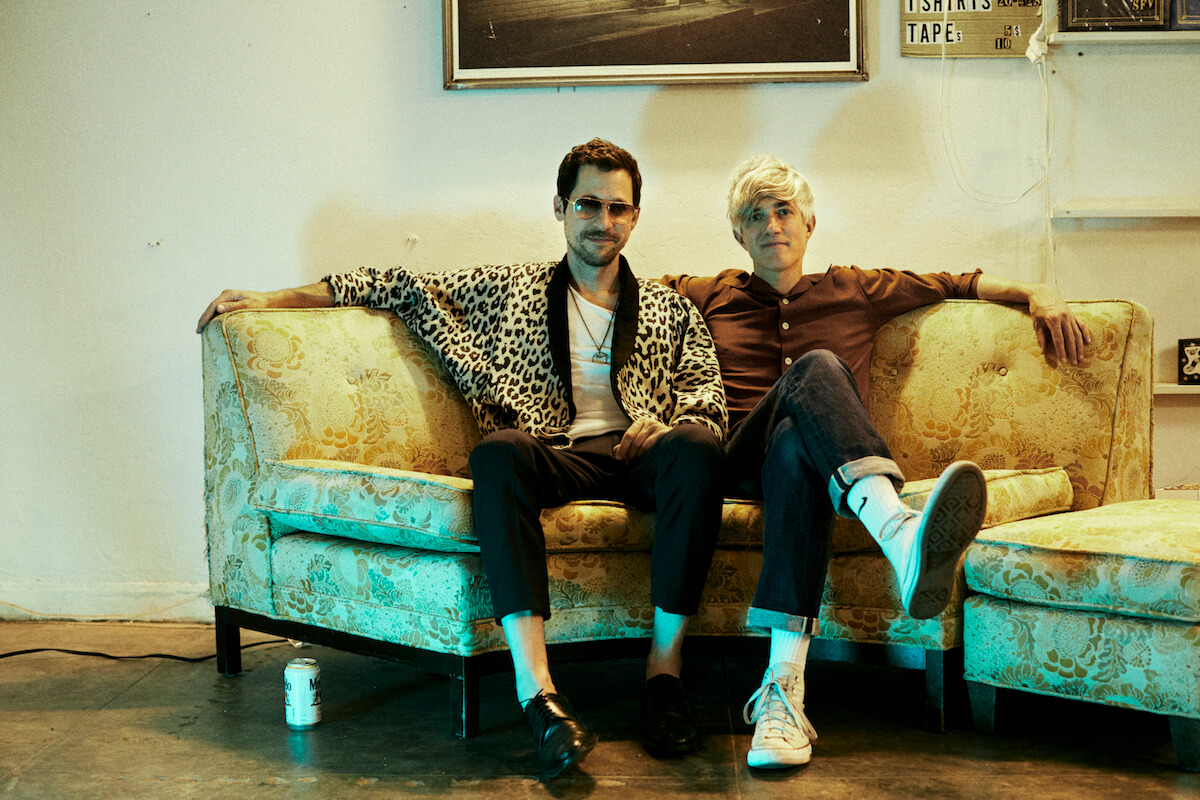 Also read about: Rocco Shares the Story of True Love Behind His Instant Classic, 'l-o-v-e'

SH: In what ways is Lobes a companion to HUFFY? How are these two albums related, and in which ways are they like night and day to each other?

KM: Well, HUFFY and Lobes began their lives at around the same time. When we were writing songs to record in 2019, we started feeling like not only did we have too many songs to put onto one album, but that there seemed to be two distinctly separate types of song. Now, I don't think the songs are actually as wildly disparate, stylistically, as they personally seem to us. We're definitely much more sensitive to these differences than anybody else is likely to be. We just started thinking of the songs that became HUFFY—which were the upbeat, peppy, guitar-bass songs—as the sort of music you'd listen to in broad daylight, ideally riding a jet ski or racing a speedboat through Miami's Intracoastal Waterway.

The small handful of songs that we eventually held over for Lobes, on the other hand, were much more synth-based, electronic and dance-focused. To us, they seem like the sort of songs you would hear at a club at 4 a.m. after a full day on that speedboat. To me, the two albums definitely take place on the same day, just at different times during that one wild, adventurous stretch.

SH: What do you feel are the overarching themes of Lobes? What kind of feeling do you hope fans take away from it?

KM: A lot of the songs on Lobes grapple with the conflict between my rational thought and my emotional response to things. I spend a lot of time overthinking issues, and I can come to a lot of pretty high-minded conclusions about why I am the way I am, or how I react to stimuli in my life. When push comes to shove, though, I usually just end up responding emotionally, as if I hadn't given the issue a single thought in the world. This record grapples with that push and pull between reason and emotion, or pragmatism and hysteria.

Also read about: How Rebecca Black Captured the Pain of Not Being Over Your Ex in 'Sick to My Stomach'

SH: How would you describe the album's darker, more electronic sound?

KM:  I've always sort of thought of our band as being a rock group that covers straight-up pop songs. Like, what if a scrappy trio of punks just really wanted to perform some Cyndi Lauper songs or Rihanna tunes on a Tuesday night in a dive bar? That's how I've often approached our arrangements.

For the songs on Lobes, we wanted to arrange them more like straight-up pop songs, really leaning into electronic elements and synthesizers and deploying more involved arrangements that might be trickier for a three-piece rock band to pull off. Weirdly, the songs actually do feel really good when the three of us play them live together, so it turns out that I don't know what the heck I'm talking about, here.

SH: Production-wise, how did you go about bringing these tracks to life?

KM: Because the pandemic curtailed all of our possible touring opportunities, we got to spend a lot more time sitting with these songs, really thinking about how to make the arrangements more interesting and not specifically worrying about any impending live shows that might be coming up. When you know you've got to play a song live in a few weeks, it can really encourage you to make your life easier by arranging the song as simply as possible. Because we didn't have any possibility of playing a show anytime in the near future, though, we let ourselves go a little wilder with the arrangements.

Chris [Cain] and I would send our sessions back and forth to each other, constantly trying to surprise each other with new hooks, new sounds and new rhythms, and, as a result, I think the songs on this record are much more playful than they would have been, otherwise. Also, because we produced the record ourselves, this album is probably the closest we've ever gotten to translating the sounds we hear in our heads into the real world.

Also read about: Leanna Firestone Breaks Down Every Track Off Her Public Displays of Affection EP

SH: How do you feel that these songs represent where you all are in life right now?

KM: We really just want to have a good time, and despite some of the lyrical introspection, I think this may be our most radio-friendly, dance-inspiring record. I just want to have dance parties, now, and the record is a bald-faced admission of that desire.

KM:  My favorite song changes all the time depending on my mood, really.
"Human Resources" might be my favorite at the moment, simply because we've just started rehearsing it live, and it's a blast. I love "Lucky Just To Be Here" because it's such a dramatic change of pace for us, as a band, and I feel a real sense of achievement every time I listen to it.

For more on the very best music out today, click HERE to read our interview with Blue drummer Dave Rowntree on his debut solo album, Radio Songs.