Alex Angelo Is Our Man Crush Monday Because He's Perfect

Alex Angelo pretty much does it all, and we're not exaggerating when we say that. He's a DJ, singer, dancer, radio host and our Man Crush Monday. And although he has a gift when it comes to creating music we won't stop listening to, it's not the only reason we're his number one supporters. 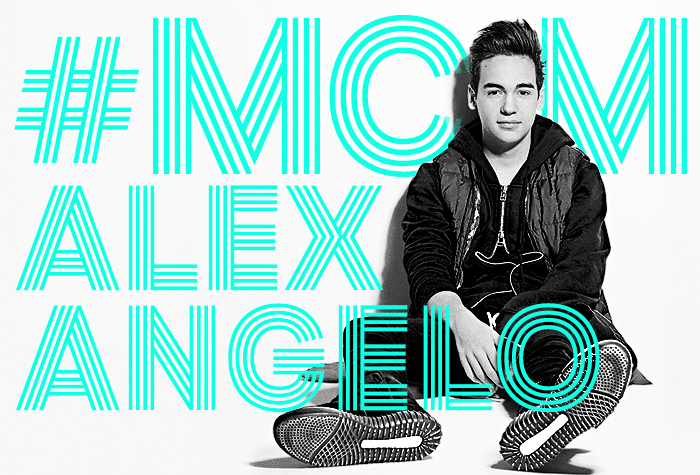 Zodiac Sign: Virgo (You may be his soulmate if you are a Taurus or a Capricorn!)

1. Alex started DJing when he was just 10 years old using his dad's iPad.

2. He draws inspiration from a ton of DJs, including Diplo, Zedd, Alesso, Hardwell and A-Trak.

4. His favorite scent is the Eucalyptus Mint candle from Bath & Body Works.

5. His favorite lyric from his song "Turn Me Up" is "Let's Romeo and Juliet, girl. Just play along," because his sister helped him write it.

6. When he was 7 years old, he started dancing for the Cleveland Cavaliers basketball team. We are living for this video of him dancing!

7. Alex designed a shirt for CustomInk's Be Good to Each Other campaign with 100 percent of the proceeds from the shirt being donated to PACER's National Bullying Prevention Center.

8. His weirdest phobia is making mistakes, because says he's a major perfectionist. You're perfect to us, Alex!

9. "My Melody" is Alex's brand new song that he just premiered on Radio Disney. We're positive he wrote it about us.

We hung out with Alex while he was filming his "Turn Me Up" music video and caught all the behind-the-scenes action. WATCH HERE!