What's THE Perfect Apple? We Tried 10 and Ranked Them Worst to Best

The approach of fall means it's apple season—but not all apples are worthy of picking.

Some grocery stores simply have too many to choose from (our local shop had 10), so how do you decide which apple is right for you? We tried them all and ranked them for your convenience below so you won't have to.

The Red Delicious apple may be the quintessential red fruit, but in our humble opinion, it's the worst-tasting of the bunch. The flesh tends to be soft and mealy, and no matter what stage the apple is at, it tends to taste bland and overripe. Don't even get us started on that bitter, bitter peel. 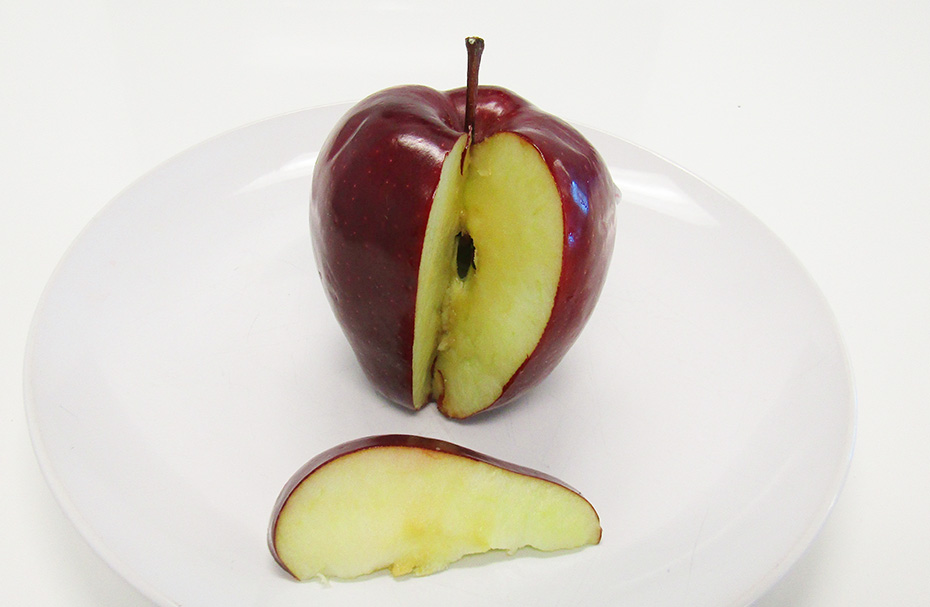 Why must apples with "delicious" in the name be so misleading? The yellow-green skin of a Golden Delicious apple may look appealing, but this apple has the same texture problem as the Red Delicious. It does have more going for it in the flavor department, balancing a bit of tart sweetness, but it's certainly not as flavorful as its name suggests. 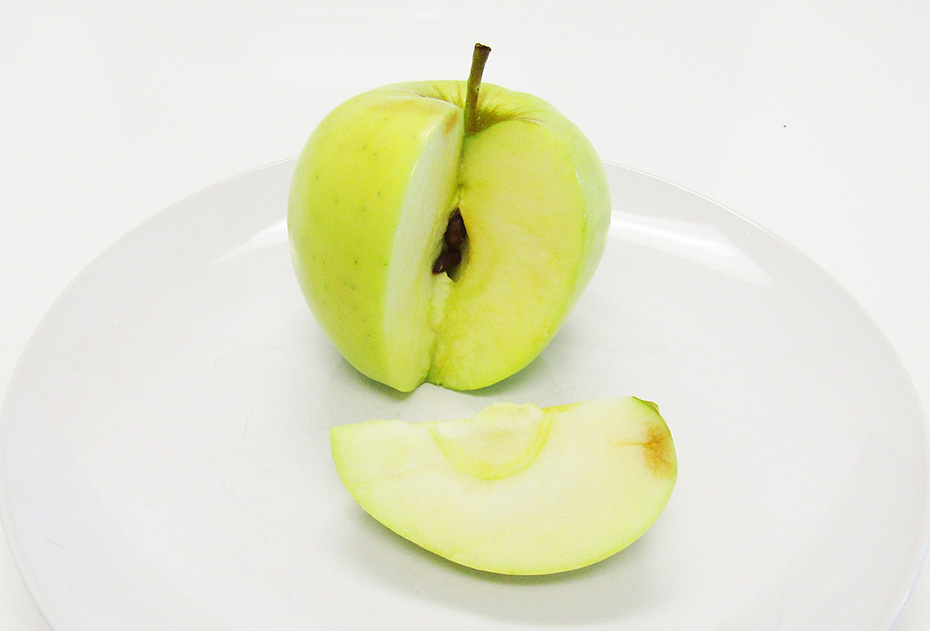 This may be an unpopular opinion, but Granny Smith apples need a little extra to really shine. They are incredibly sour—definitely the sourest of the apples we tasted—and are tough to eat without puckering up and squinting. Obviously, a caramel dip elevates this apple to the highest tier, but a little salt can be an excellently refreshing addition, too. 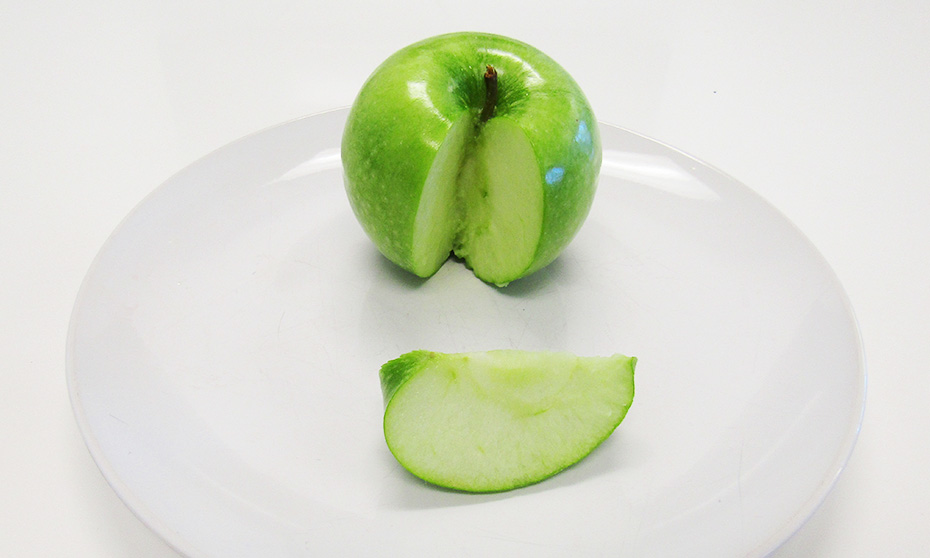 The Envy apple is gorgeous on the outside, but we were shocked to discover its taste. We kid you not, it tastes exactly like a pear with an apple texture. There's nothing wrong with pears, but if we'd wanted a pear, we could have bought a pear! 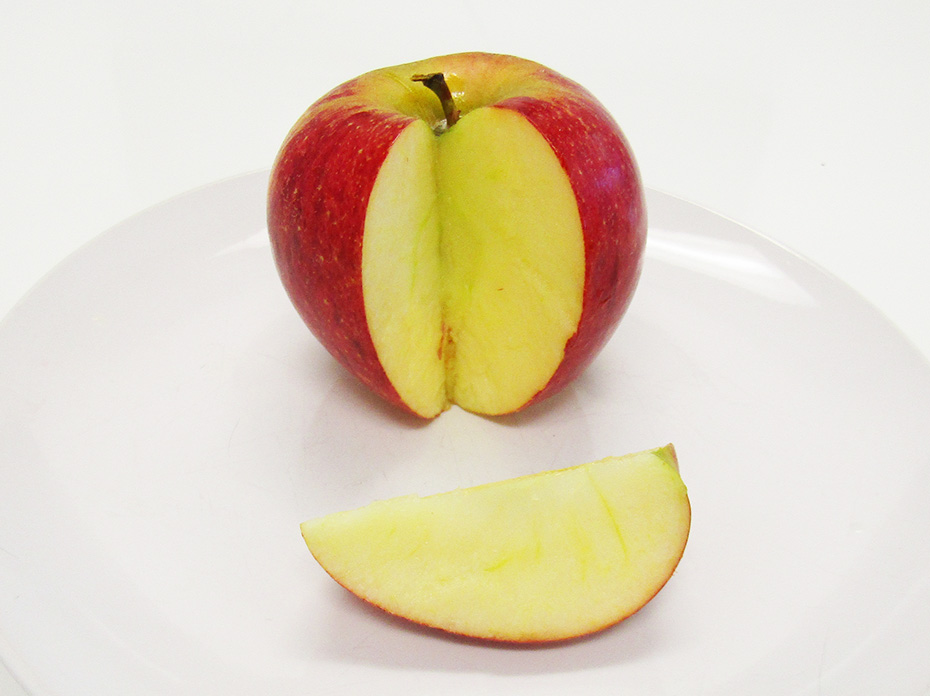 The Pink Lady apple has a unique appearance with lightly dimpled skin and smoothly blended streaks of a light yellow-green and pink. On the inside, it's crisp and quite sweet, with a hint of tartness. Its downfall is that the core on this apple is huge. No one likes that tough interior and those big 'ol seeds to impede their munching. 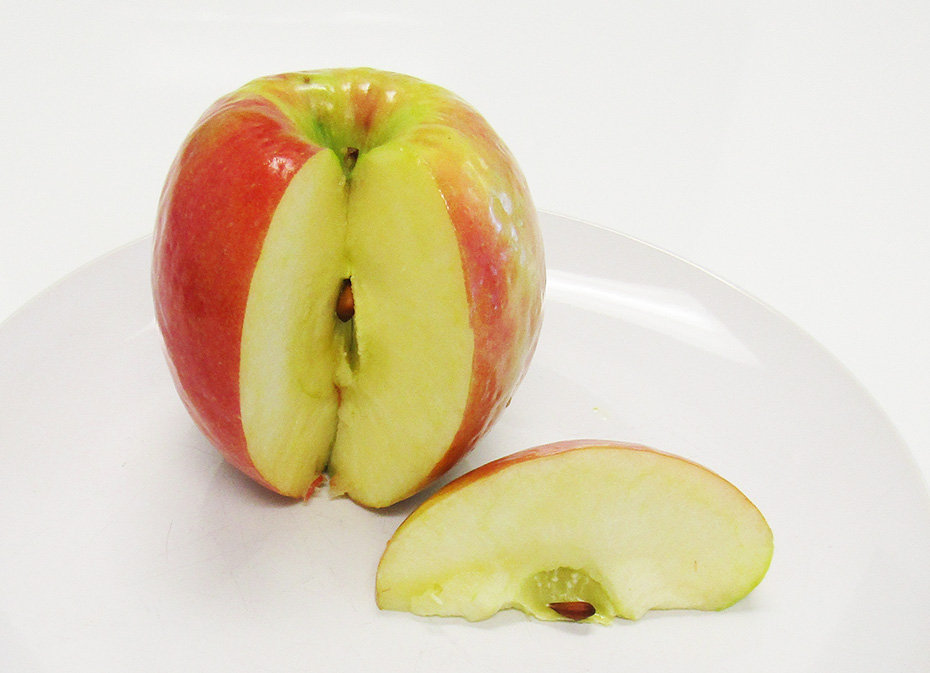 The classic Fuji apple is another that's brilliantly colored and crisp. If you're not into tart apples, this one will probably jump to the top of your list. It's sweeter than any other apple we tried, and while it may not have the most complex flavor, it's pretty tasty. 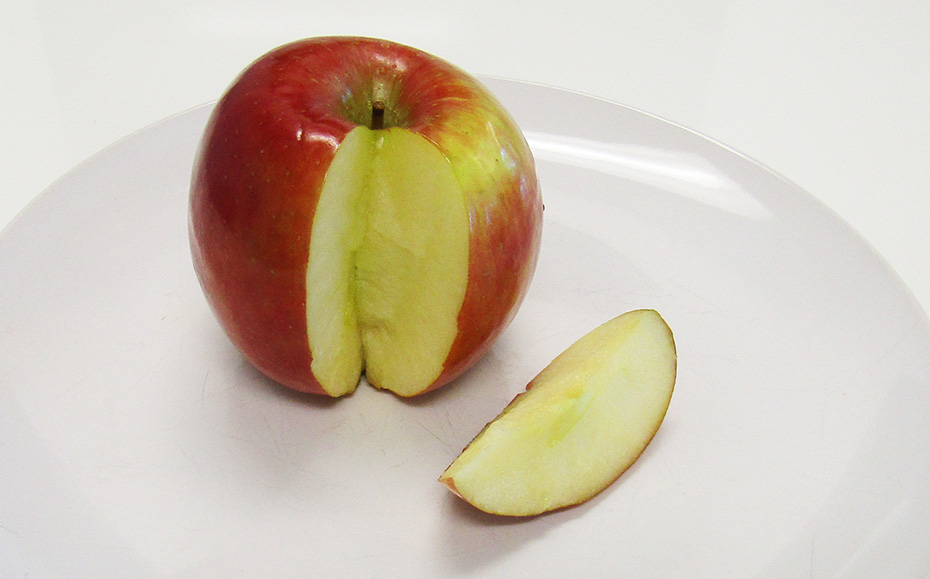 Also read about: The 10 Best Types of French Fries, Ranked by Deliciousness

If we were ranking apples based on cuteness, there's no doubt the SweeTango would be No. 1. The skin is a bright pink-red with dapples almost resembling polka dots. But the apple is super juicy and tastes great, too. At the beginning of each bite, the SweeTango tastes like it's going to be incredibly tart and sour, but the flavor sweetens toward the end of the bite. It's the perfect lunchbox apple. 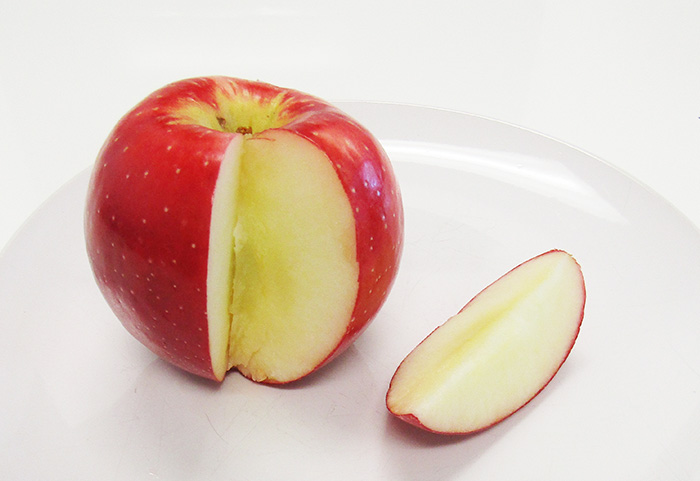 Gala apples are another staple, and there's a reason for it. They may be softer than trendier apple varieties, but what the lack in crispness they make up for in pure flavor. It has a great balance between sweet and tart, and it's also one of the least expensive at the grocery store. It's a win-win. 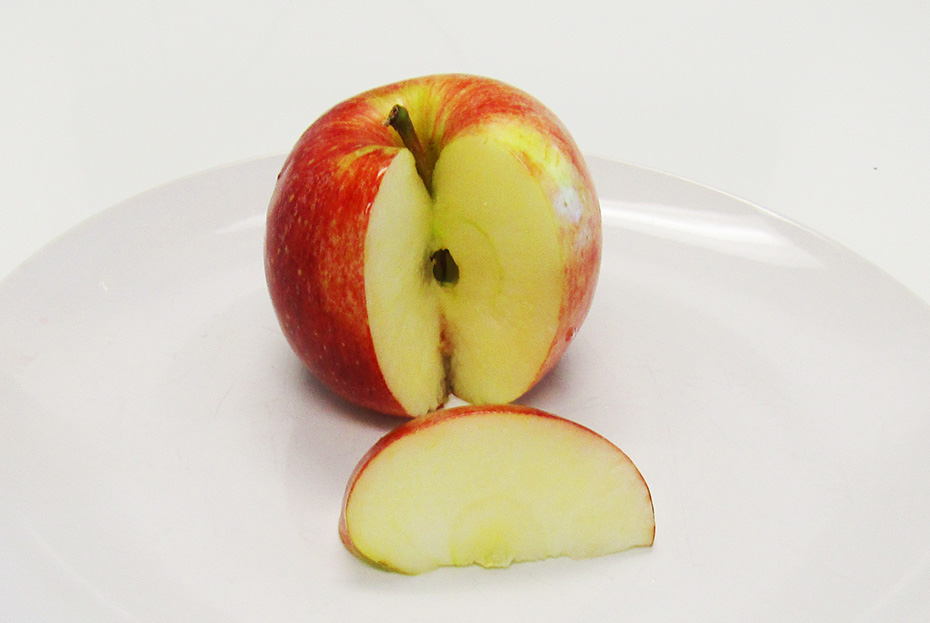 Also read about: We Ranked the Best to Worst Wingstop Flavors

We love the Braeburn apple's striped red and yellow appearance, but its flavor is even better. It's on the tart side, but the sourness is pleasantly subtle, and its crispness is close to perfect. It was also the priciest apple we encountered during our taste test. 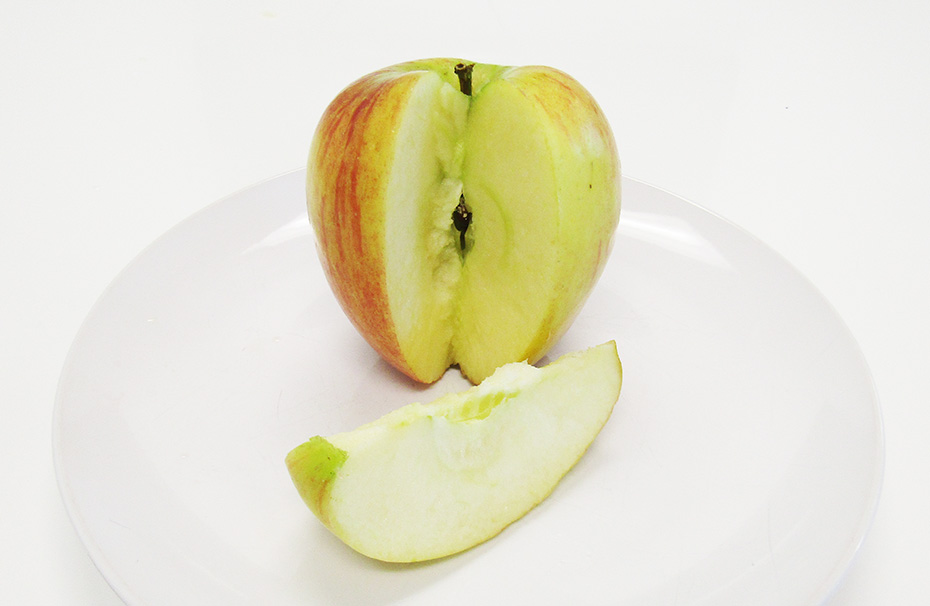 The Jazz apple is a very special apple indeed. It's bright red, very crisp and has just the right balance of sweetness and tartness in every bite. The flavor is never too subtle or overwhelming, and the hint of pear taste is just right. As far as designer apples go, this one wins the prize. 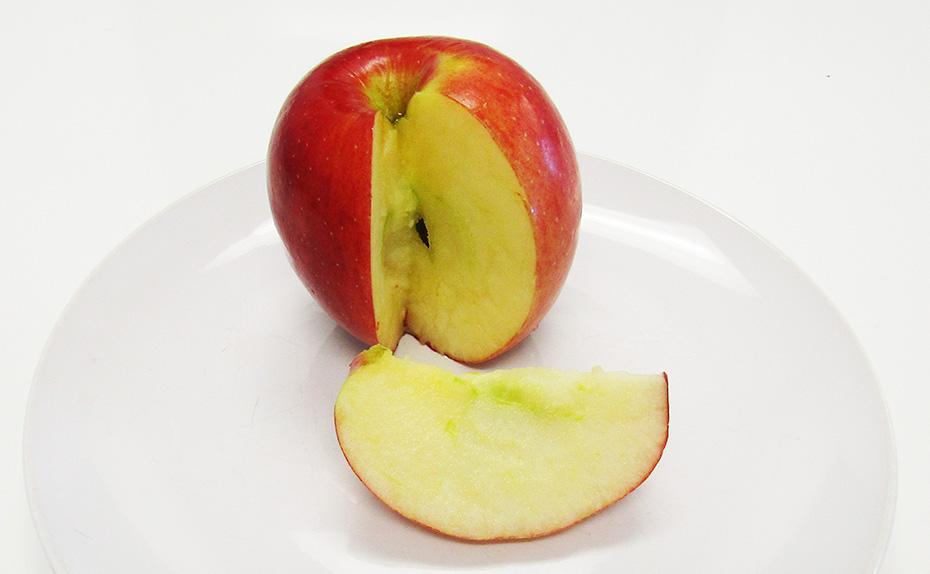 Apples can be art, too. Click HERE to see some jaw-dropping carved fruit art.