22-year-old singer-songwriter Fritz Hager may not have won the most recent season of American Idol, but he's definitely won the hearts of millions—including ours.

The star first discovered his passion for creating music when he got a guitar in the sixth grade and found himself particularly inspired by American Idol winner Phillip Phillips. Fritz actually auditioned for the show twice, with the second time being the charm, and while he didn't take home the title, the show put him on the map in a big way, with his self-titled EP topping the iTunes pop charts, and "Hearts Align" becoming an instant fan favorite. Fritz has also been teasing new music on TikTok, and we can't wait to hear what he has in store for us. Keep reading to discover everything we learned about him as our latest Man Crush Monday. 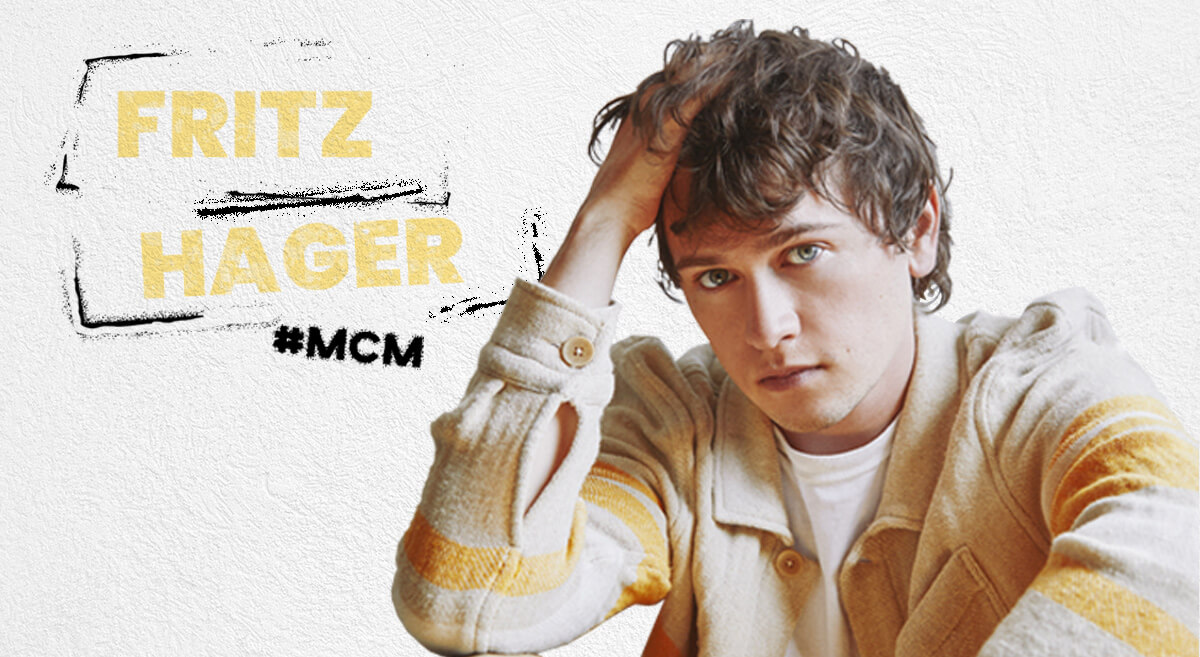 1. Fritz says he's not very superstitious, but he does have some rituals that ground him.

"If I'm nervous about a show or something I usually take like 15 to 20 minutes beforehand to center myself, and like ground myself in the moment. Especially recently, it's difficult to stay present when everything is moving so quickly, so that is always a priority of mine."

2. He's always been into fantasy movies.

"I'm a big fantasy guy—dragons and knights and wizards and all that. I grew up on like Lord of the Rings and all those movies. I like the grand worlds and rags to riches stories in them, and it's always nice to have a brief respite from the real world and be transported into another."

Also read about: Adam Ezegelian Dishes on Life After American Idol and TikTok Fame With Adam and the Metal Hawks

"Nintendo has its hooks in me for life, but my favorite game of all time is actually Dungeons and Dragons! I've been playing nearly every week with a group of friends for around two years now. I really feel passionate about that game, and how it sort of offers up a safe creative space to explore and empathize. And again, always nice to take a break from the craziness of our world and hop into another for a few hours every week!"

4. The Disney character he relates to most is Kenai from the underrated gem that is Brother Bear.

"It's a beautiful story about love and family and brotherhood, and coming from a family with four brothers and one sister, I get emotional watching it, I'm not gonna lie!"

5. People might not expect this, but he listens to a bunch of Japanese music.

"There's a Japanese artist called Eve that I listen to all of the time. I love his style and all of his music videos are animated really well!"

6. Common courtesy is big for Fritz.

"I'm from Texas, and Southern hospitality is like engrained in my being, so it gets on my nerves when people like don't hold open doors for people and things like that."

Also read about: American Idol Winner Chayce Beckham Breaks Down Every Song on His Doin' It Right EP

7. He's a big anime fan, and recently, he's been catching up on all of the anime series and films on Netflix.

"I've rewatched Attack on Titan more times than I can count. That show is like a borderline unhealthy obsession."

"I have two dogs that are the loves of my life, Tex and June, and our lovely one-eyed cat Shiloh. My family also fosters kittens, so we have a bunch of cats on rotation in and out every couple of months."

"I'm scared of time travel and the consequences it can have on our reality."

10. That's why, if he could pick anyone from history to be his musical mentor, he'd pick someone who's around today—John Mayer.

"He has sort of been on every side of the industry, and I feel like I could learn so much from him."

Also read about: Everything You Need to Know About American Idol Winner Noah Thompson

11. Of course, that's not the only person he'd want to have as a mentor. His "nerd answer" is legendary voice actor and Critical Role dungeon master Matt Mercer.

"People that are familiar with D&D will understand why I look up to him so much. He's just so kind and empathetic, and I really just have so much respect for that man."

12. Above everything else, music truly is at the core of who Fritz is as a human being.

"And as cheesy as it sounds, I really can't imagine doing anything else and feeling happy and fulfilled. I think that self-expression is what defines the human experience and makes it worthwhile, and I think it's incredibly important for people to have healthy outlets for their emotions and frustrations. That's what I music for, and I think everyone should find one thing to truly pour themselves into!"

Curious about our previous MCMs? Click HERE to learn everything you wanted to know about OMEGA X's Taedong.