Everything You Wanted to Know About 'Somebody Else' Singer-Songwriter Ruelle

Even if you don't know Nashville-based pop singer-songwriter Ruelle by name, chances are that you're familiar with her moody, atmospheric tracks.

She's the artist behind the Shadowhunters theme song, "This Is the Hunt," and her music's been featured everywhere from Pretty Little Liars to Love Island, Grey's Anatomy and more—including commercials you probably hear on the daily. Earlier this summer, she dropped the stunning new track "Self Sabotage," which will appear on her upcoming five-song EP Somebody Else, out later this year. Her latest music showcases a new side to her artistry, with lyrics that are more personal than ever and a brighter, electro-pop sound. We can't wait to hear what else she has in store for us—and here's everything we learned about Ruelle as our latest Woman Crush Wednesday. 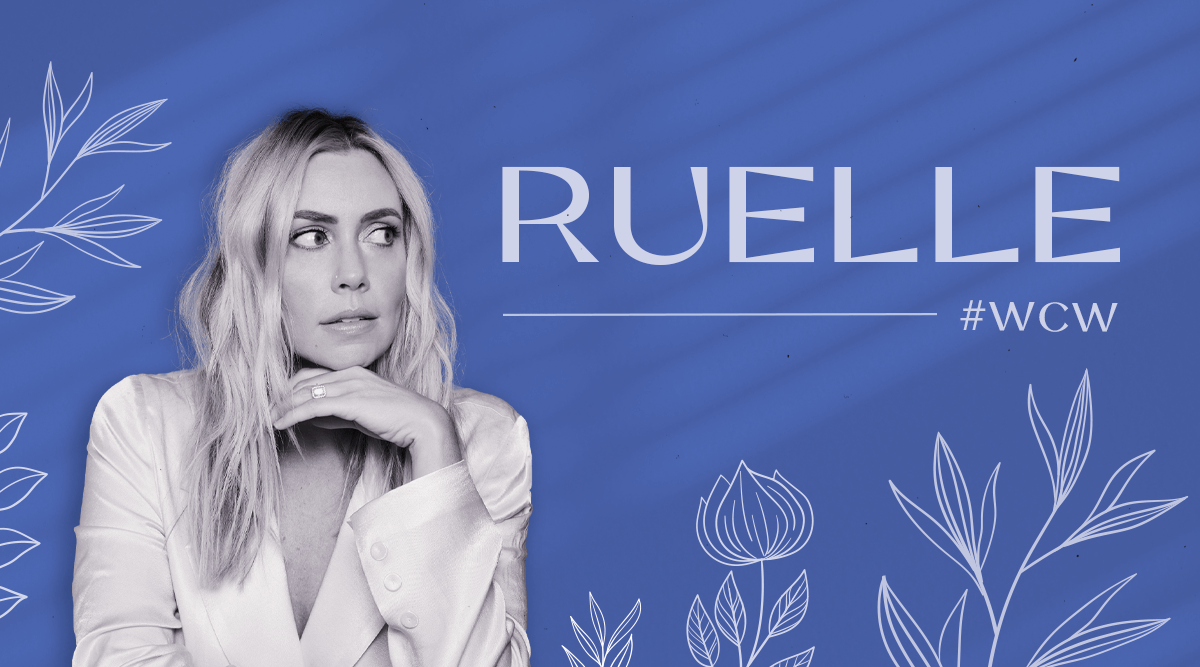 1. The best concert Ruelle's ever been to was anything but your typical concert.

"I recently saw the Nashville Symphony perform the work of John Williams, and it actually moved me to tears. I'm a sucker for cinematic music (it inspires my own), so hearing some of my favorite film scores performed live was pretty unforgettable."

2. She doesn't necessarily have a favorite song of all time, but one that does come to mind is "Jealous" by Labrinth.

"The first time I heard it, I sat on my porch for hours with it on repeat and just cried."

3. She had her first baby a year ago, and she says it was the scariest thing she'd ever done.

"I've always been one to get a little anxious when it comes to experiencing pain and just all the 'unknowns' in general, but I knew I was meant to be a mother. Facing that fear definitely resulted in the most rewarding gift I could ever receive. My daughter, Frankie, is an absolute dream baby and the love of my life!"

4. Her favorite films are dramas—though every once in a while, she does enjoy a good psychological thriller.

"Film scores have played such a huge role in inspiring my music, and most of my favorite scores are from dramas. Maybe that's why I gravitate towards them."

5. She considers herself a big foodie and isn't very picky about foods—with one exception.

"I will try just about anything (except eggplant, that's the one food I really dislike). We try to eat pretty clean for health purposes most of the time, but I'm a very adventurous eater."

6. She thinks she'd made a terrible accountant.

"I am not a numbers person. You do not want me handling the books!"

7. She's not much of a believer in luck.

"But I do pray. I try to spend time praying and giving thanks every morning."

8. Her favorite thing about herself is her loyalty in relationships.

"I would literally do anything for the people I love and am close to, and I've always been that way."

"The older I get, the more art just brings me so much joy in my home, and I really value supporting the local artist community. I also used to collect stamps as a kid, and I think I still have my stamp collection somewhere!"

10. She lived on a dairy farm growing up, and was a big tomboy as a kid.

"I grew up barefoot, climbing trees, building forts and playing with animals. I feel pretty at home when I'm in the country."

11. Many people might not know this, but Ruelle is actually a big introvert.

"I think most people assume that all artists love the spotlight, but I actually prefer the creative process of crafting songs in the studio over being on a big stage in front of a lot of people. Even as a little girl, I was always playing piano and writing songs in private. I wasn't that child who was always trying to 'perform' in front of others. I obviously have performed as an artist many times, but it takes a lot more for me emotionally and mentally to be on stage, and it's something I've had to learn how to do over the years. It has never felt as natural for me as it has perhaps for other performing artists."

Curious about our past WCWs? Click HERE to learn everything you wanted to know about singer-songwriter Daya.