Everything You Wanted to Know About Japanese Idol Band SixTONES

If you're not already a J-pop fan, SixTONES (pronounced "stones") is the band that'll win you over.

Known for their epic and romantic ballads, as well as infusing their music with energetic rock influences, they've quickly grown to become one of Japan's most beloved boy bands. It consists of Hokuto Matsumura, Jesse, Juri Tanaka, Shintaro Morimoto, Taiga Kyomoto and Yugo Kochi, who are each charismatic and talented on their own, but whose ability soars even further when they join forces—and after learning all of the following trivia about the group as our latest Man Crush Mondays, we're even more obsessed. 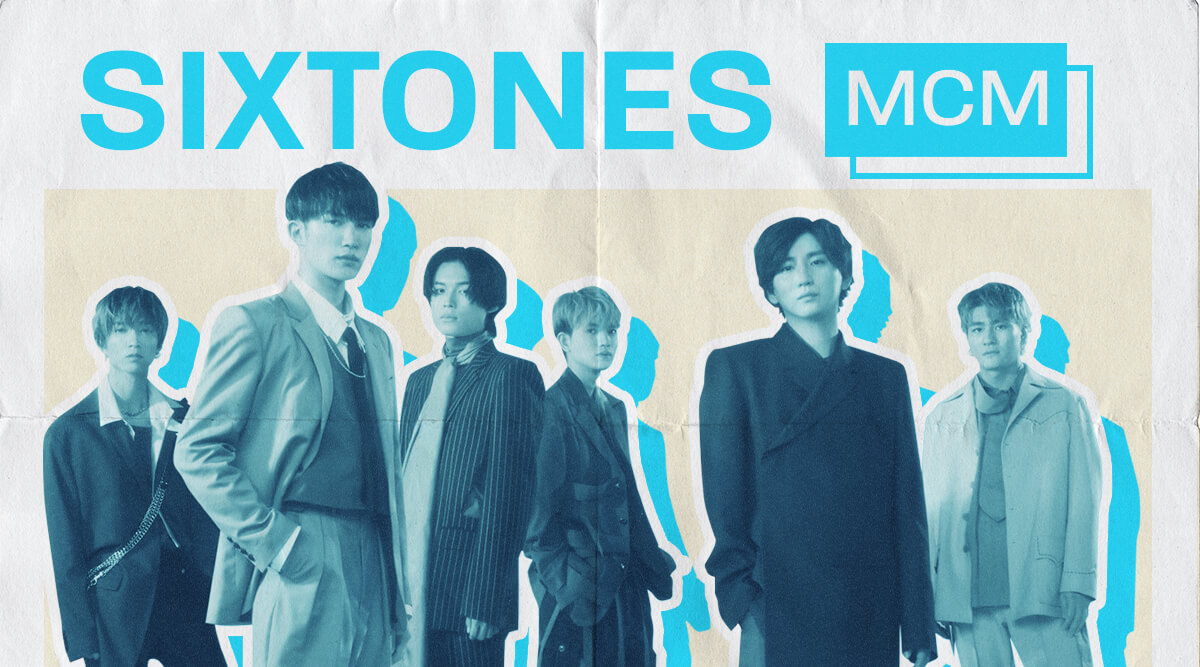 Zodiac: Year of the Pig, Gemini

Zodiac: Year of the Rat, Gemini

Zodiac: Year of the Pig, Gemini

Zodiac: Year of the Ox, Cancer

Zodiac: Year of the Dog, Sagittarius

Zodiac: Year of the Dog, Pisces

1. Hokutu has always wanted to learn how to work a sewing machine.

"I've always wanted to be able to mix, match and remake my own clothes."

2. If Jesse could live in any decade, he'd go way back in time.

"Definitely the prehistoric Jomon Period (around 14,000 BC). I've always been fascinated by the pottery found from that time and would love to see it live."

3. Juri is obsessed with barbecue-flavored snacks.

"I eat them almost every day."

Also read about: Everything You Wanted to Know About 'Gradually' Singer-Songwriter ASTN

4. It may sound strange, but Shintaro likes to eat seaweed directly from the ocean.

"I also like to pick fruits from trees off the side of the road."

5. Taiga can't get enough of the Case Closed (Detective Conan) series, and he's seen most of the Marvel Cinematic Universe movies multiple times.

6. The last celebrity Yugo got starstruck over was Japanese comedian George Tokoro.

"From motorcycles and cars to gadgets to music, he's the epitome of what I like and like to do and the manifestation of the person I'd like to be one day."

7. Hokuto loves the autumn season, and if he could create his own fictional world, it would always be fall there.

"Nothing specific like fantasy, but if there was a world that had especially long autumn seasons that would be where I'd want to be. I love the fall season and everything about it."

8. After a tough day, Jesse unwinds by eating and drinking with good friends, and listening to music.

9. At the moment, Juri's favorite article of clothing is a simple black parka.

Also read about: Everything You Need to Know About Finger Drummer and Electronic Artist OddKidOut

"The texture drives me crazy, and I'm not keen on the taste, either."

11. While Taiga doesn't consider himself a sporty guy, he does have some martial arts experience.

"When I was in elementary school I did six years of karate, and even got to compete in a major national tournament!"

12. If Yugo weren't an idol, singer and actor, he'd want to be a carpenter.

"Ever since I was in kindergarten, I thought the ability to make a house was so cool, and wanted to be such a person when I grew up. Even now, I love to create things."

13. Hokuto knows how to walk on stilts.

14. Jesse doesn't consider himself much of a gamer, but he does enjoy some soccer games.

"There is a Japanese scent that comes out every year in Tokyo during the fall season called kinmokusei. It translates to 'fragrant olive' in English, but you have to smell it to really know it!"

"I always just feel better, and it's good for my hobbies like surfing and scuba diving."

"I think that's made me pretty good at amusing myself when alone."

18. Yugo's biggest guilty pleasure is using more laundry detergent than he should.

"I always put a little more than what is indicated as necessary on the bottle or the machine, because I really like the way it makes my clothes feel."

19. Even though Hokuto doesn't have good eyesight, he'd still prefer to do everything without the help of contact lenses or glasses.

20. One of Jesse's biggest character quirks has to do with dishes.

"If friends or family come over and help wash dishes, I always wash them again myself after they leave. It's not that I don't trust their cleanliness, I'm just very particular about that sort of thing."

21. Even though Juri says he can be lazy and have a short attention span, those things don't define him.

"On the other hand, when I do focus, my concentration is extremely strong."

22. Shintaro gets very serious about cooking.

"I love to cook, but I get very obsessive about precise measurements and make everything exactly in accordance with the recipe. If I'm off by even one milligram or one second, I can't stand it."

23. Taiga considers himself a hardcore otaku—a Japanese word for a certain type of fandom geek.

"I love to collect figurines and play various card games from series like Dragon Ball Z, Marvel, Yu-Gi-Oh, and of course Detective Conan."

24. Yugo wants fans to know he's more than what he appears.

"To a lot of people who just see my work. I seem like I'm always happy and positive, but I have a surprisingly sensitive and serious side as well."

Want to know who else we're crushing on? Click HERE to find out all of the reasons OMEGA X singer Sebin was our last Man Crush Monday.