Taylor Bennett on Becoming His Most Authentic Self

When it comes to making art, Taylor Bennett is not holding back and he's ready to help others find their voice.

Earlier this year, the Chicago native released his fourth album Coming of Age which is a clear testament to his growth as an artist and individual. In just forty minutes, Taylor explores the alternative, hip-hop, R&B and rock genres, allowing for something enjoyable for every consumer. To top off the album's rollout, he just completed the Be Yourself, Be a Champion Tour, where he spread Coming of Age's positive message throughout multiple major cities in the United States.

We had the chance to chat with Taylor on a Zoom call about his many musical influences, growing up in a diverse community and his partnership with Champion Athleticwear for the Be Yourself brand. Keep reading to learn more about how Coming of Age came to be!

Sweety High: Your deep knowledge of music history is noted to have influenced the sound of Coming of Age. What artists or moments in music specifically inspired the creation of this album?

Taylor Bennett: Oh, I love that question. There are so many people. One thing about me is that I've always loved music—even when I was a kid. I used to listen to Queen, The Smiths and The Beatles in my elementary school years. In junior high, I was a huge fan of NeverShoutNever, Death Cab for Cutie, As Tall as Lions and Mayday Parade. Going into high school, I was listening to Lenny Kravitz and Regina Spektor. During a long period of my high school years, I also loved Jack Johnson and John Mayer. Straight-up acoustic. That was a huge thing I went through. There were so many different kinds of musical influences that I had from those years.

Then, I would just say my whole life, I've been submerged into Black music. Everything from Sam Cooke to Aretha Franklin to Michael Jackson to Prince to Smokey Robinson. Honestly, I think that's where I found my love for the business. I started looking at people like Berry Gordy and Stax Records— people who were making or doing something that had never been done before, not just from a musical perspective, but from a place of understanding the culture, seeing the potential and also being able to offer different opportunities to some of the best artists of all time like Bill Withers. 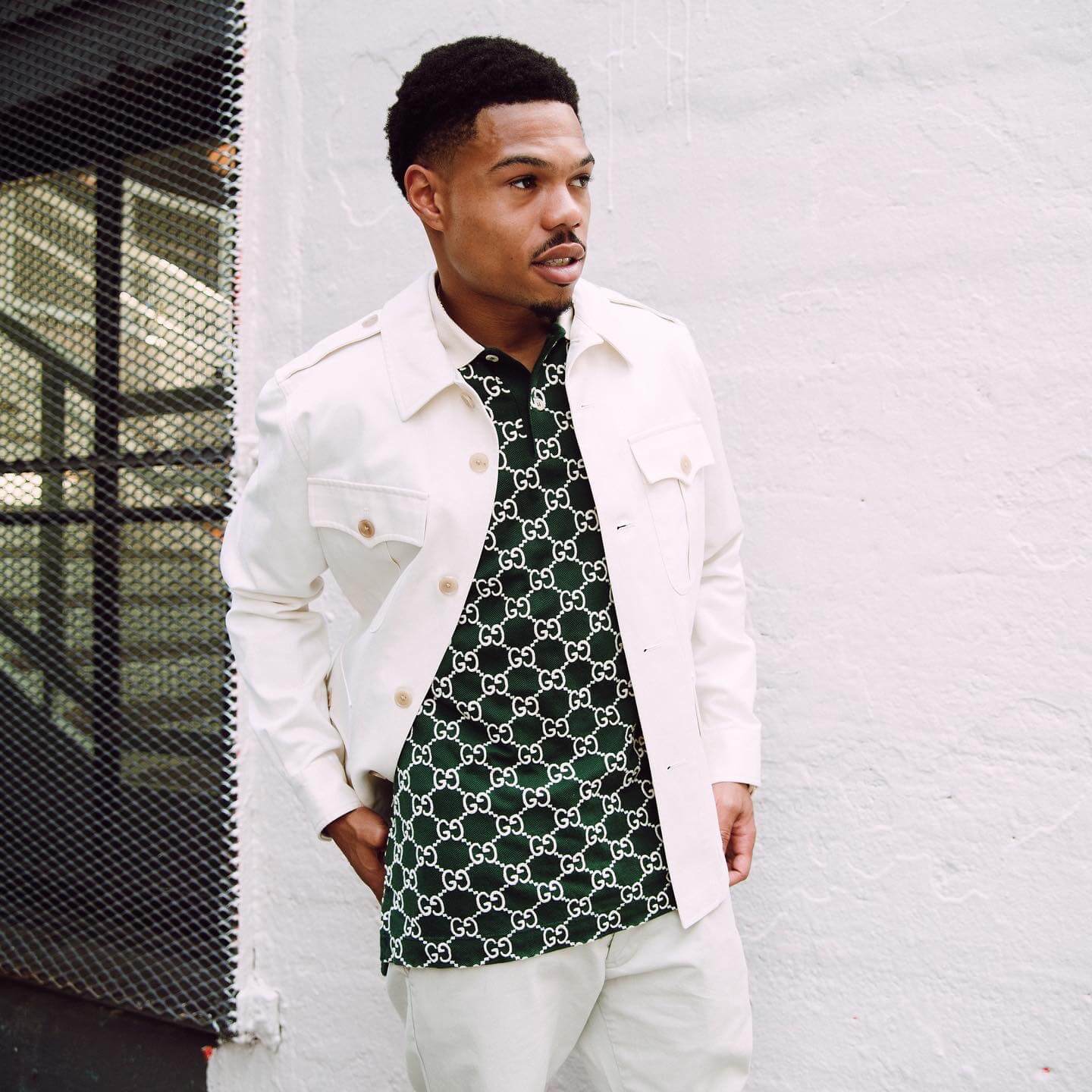 SH: Tracks like "Easy Outside (feat. Melo Makes Music)" and "Today (feat. Tom Higgenson of the Plain White T's)" mark your first venture into the alternative and rock genres. Why did this feel like the right time to explore a new sound?

TB: It had a lot to do with growth. A lot of my music, starting all the way from my first studio album Broad Shoulders, has reflected on growth. The title itself, Broad Shoulders, is about growing and taking that step. Something that I feel like I've been blessed with as an artist is having the ability to grow with a lot of my fans. I've been making music since I was 14 or 15. I've had personal experiences that have changed my life. For example, I'm now a father of two.

I think that being myself and being more self-expressive—not just through music but in my personal life as well—has been able to open these doors for me. The level of self-expression has started to bleed into my music. I really wanted to make an album that was filled with the things I love, the music I love and the artists I love.

I'm no stranger to the music industry and the idea that some of our favorite artists will only have a one-hit wonder that's known by the masses. They can have hundreds and thousands of people that will follow them,z but, eventually, it's sort of a cycle because it's the music industry.

I have so many different artists that I grew up idolizing. One of those people is Tom Higgenson of the Plain White T's. I grew up listening to "Hey There Delilah" and "1, 2, 3, 4" like it was my job. Being older, I've come to understand how that music has impacted me and changed my life. We all have those songs that become our crutch for the day, month or year. That's what I want to be as an artist and I understand that now.

While making this project, I had the platform to showcase some of those artists [like Higgenson] to my fanbase. Hopefully, they go and check out some of that music again that has also helped me with some of my most critical moments. It was a super awesome experience working with Tom Higgenson and also Matt and Kim, who made "Daylight," and some of my theme song records as a child. In some way, I'm also kind of helping these artists and that is something that has only been a dream for me as a kid. 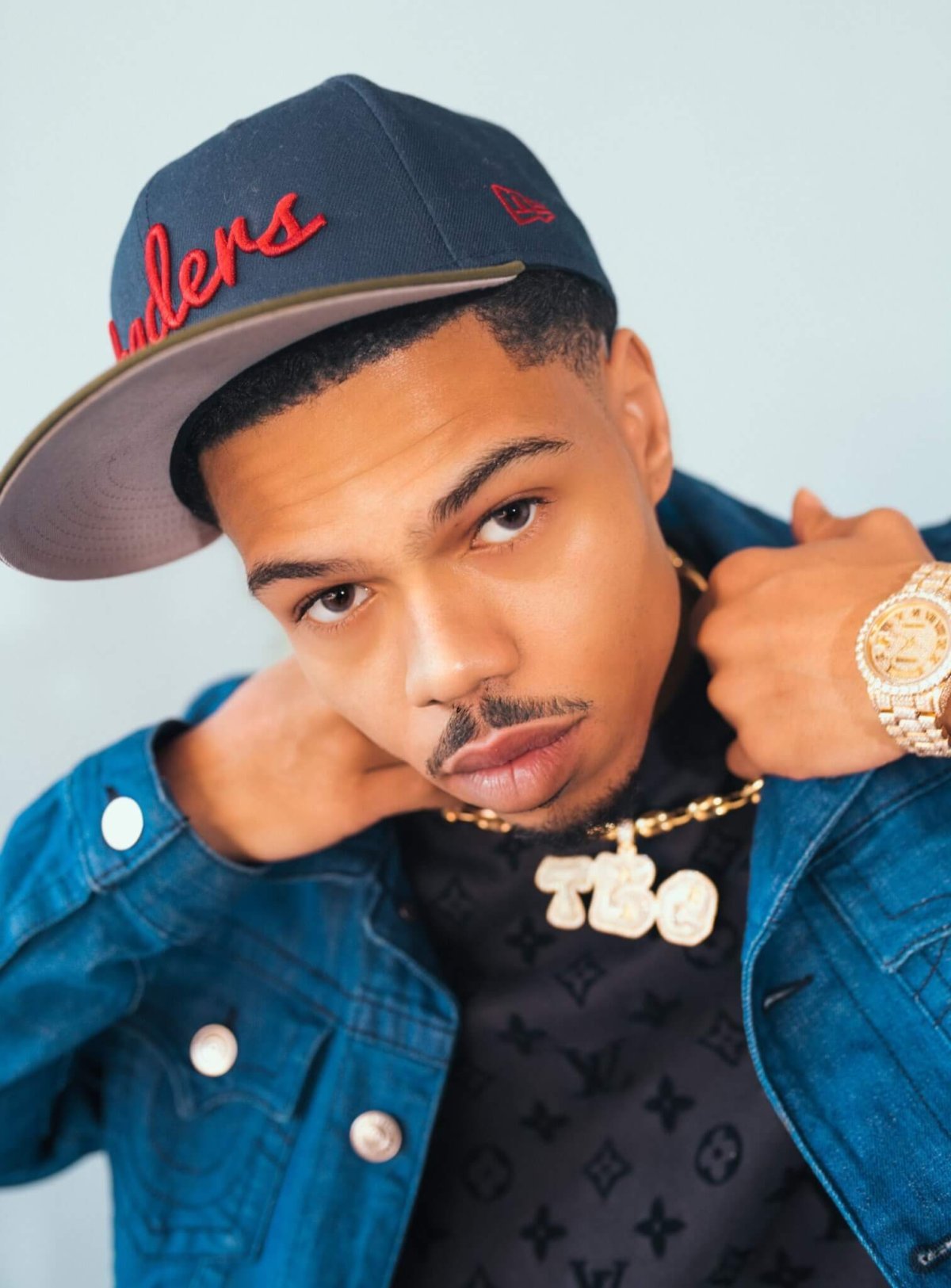 Also read about: Miloe Breaks Down Every Track on His Stunning New EP, gaps

SH: How does the songwriting and production process differ in making an alternative or rock track rather than an R&B or hip-hop track like "Don't Wait Up (feat. Mr. Hudson)?"

TB: For me, it just comes out of being an avid music lover. If I hear a beat, I don't think in the mind frame of it being hip-hop or rock. But, there were definitely so many amazing artists that left an impression on me when I was creating those tracks. For example, "99 Red Ballons" by Nena is one of my favorite songs. Tracks like "Easy Outside" and "Good Guy" have that retro feel to them that came from the influences I had.

Writing an R&B track versus a rap track, I had to ask myself, "how can I get that same level of emotion? Is there some way I can get that same feeling?" I think that can be a huge contradiction for how a lot of people take in music. I have friends who only listen to rock or only listen to R&B. But, I believe you can show the same feeling, struggle or narrative with any genre of music regardless of the background or community it comes from. That's what Coming of Age is all about.

SH: You're openly a member of the LGBTQ+ community, which can still be a very taboo topic in both the hip-hop and Black communities. How has this dynamic shaped your artistry?

Seeing so much that I have, I think the same amount of hate you may receive being a Black member of the LGBTQ + community can be seen in other ethnicities too. I have friends who are Asian and Hispanic who deal with almost the same pushback. In a lot of cases, that pushback is primarily coming from the parents and stems a lot from religion or maybe family morals and backgrounds.

I started doing a lot of work with the homeless youth community in Chicago. I had so many friends growing up from different backgrounds and different sides of the city who got kicked out of their houses and became homeless because their families no longer accepted them and they no longer felt comfortable living in the environment based on how they were being treated.

In terms of hip-hop, for me, it wasn't until Lil Uzi Vert and Young Thug that things started to balance. Or, when Lil Yachty had two LGBTQ+ members on the cover of Teenage Emotions.

I've come out as part of the LGBTQ+ community and even if people want to act like it's an invisible thing, there's a cause and effect that comes with it. In the Black and hip-hop communities, there's progression that still needs to be made. Not even just from those backgrounds, but a lot from other backgrounds that aren't spoken of as much.

SH: During your "Be Yourself, Be a Champion" tour, you performed at multiple colleges throughout the United States. What was it about this album that you felt would really resonate with your Gen Z audience?

TB: When I made [the album] Be Yourself in 2018, I was creating an environment where people felt comfortable expressing themselves. I ended up working on this line of clothing, Be Yourself, with my father. It came out of the idea of me not knowing what exactly I wanted the merchandise to look like. Because the idea of the project was something self-expressive, it didn't feel right to put my face or name on it. I've always wanted people to figure out if there is something that they like from my music and how they can represent that in themselves. It's not so much about who I am. It's more about the music and what we're saying.

I created these hoodies that just had "be yourself" in simple lettering on them and started using them at shows and on Instagram to promote the project. The next thing I know, people are wondering when I'm dropping the hoodies. When you see them, you don't see Taylor Bennett. You see somebody pushing a positivity billboard, and how can you not be a fan of that? 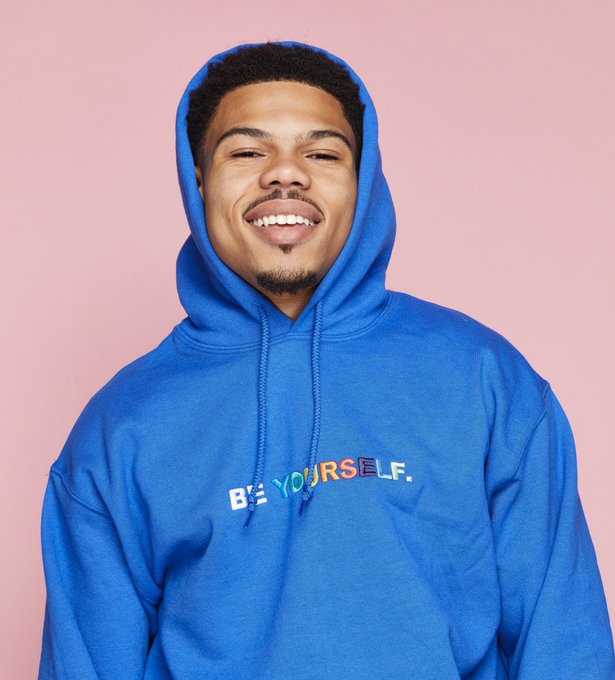 Two years ago, we decided to collaborate with another brand. Be Yourself is about understanding yourself. We didn't want to lose the integrity of our brand while trying to create a compound effect by pushing out the merchandise with another brand for a larger audience.

We eventually got something to work with Champion Athleticwear. It was perfect because I've worn Champion all my life. Everyone, from babies to grandmas, has Champion in their closet. I also love the brand name itself. I love the idea of championing who you are, trying to be the best and always taking the next foot forward. It was an unmatchable fit: "Be Yourself, Be a Champion."

Some of my most uncomfortable experiences were the first day of school. I was always worried too much about what exactly I had on. With the Be Yourself clothing brand, I wanted kids to go to school or people to go to work feeling comfortable and have the ability to represent a brand that says to be yourself and champion yourself. Be the best person you can be.

I wanted to stretch the environment and do some kind of concert. Who were the best people to go after? People coming of age. They're in college. It's a confusing time. They're looking for different groups and places they belong and can express themselves comfortably. Every college we went to, we had a few hundred kids come in and created a temporary environment. It wasn't brick and mortar, but it was a place where they could express themselves.

Also read about: 32 Heartbreaking Lyrics From Noah Cyrus's The Hardest Part to Use as Instagram Captions

SH: What's next for you?

TB: I'm working on some really big stuff.  Right now, we're putting together some things from the platform we've built through all these amazing experiences like the Champion tour. We're using our voice and heat to encourage people to do something positive. We're looking at expanding the environment for Be Yourself and making it something that we can push forward.

For the music, I'm working on Coming of Age (Deluxe).  We're putting together another project with new vibes, artists and producers. The idea has always been to revisit the original idea of Coming of Age once I successfully put it out myself and see how we can make it snazzy. Put a couple of artists on there that are hot and continue to push the message of through all genres, we can find positivity. For all artists and producers, we have the ability to voice that for their platforms as well.

For more great interviews with our favorite stars, click HERE to learn more about Yuna and her Y4 EP.