If you can't get enough of dancing videos, chances are that sister trio Triple Charm needs no introduction.

There's no doubt you've seen the multi-hyphenate singing and dancing group everywhere, as they've taken over TikTok, Instagram Reels and YouTube Shorts, doing what they love best and inspiring the whole world in the process. We love the way their closeness, as well as the fun they have honing their artistry, comes through in every single video—and Amalia, Raena and Gabriella's talents don't stop there.

With their single "Summer Again," a chill, vibey ode to embracing the summer season, they put their musical abilities on full display. On Sep. 16, they'll also be debuting their highly anticipated bilingual single "Don't Need a Reason," channeling their Latin roots with both music and dance to further bring people together. We cannot get enough of these talented sisters, and here's everything we learned about them as our latest Woman Crush Wednesdays. 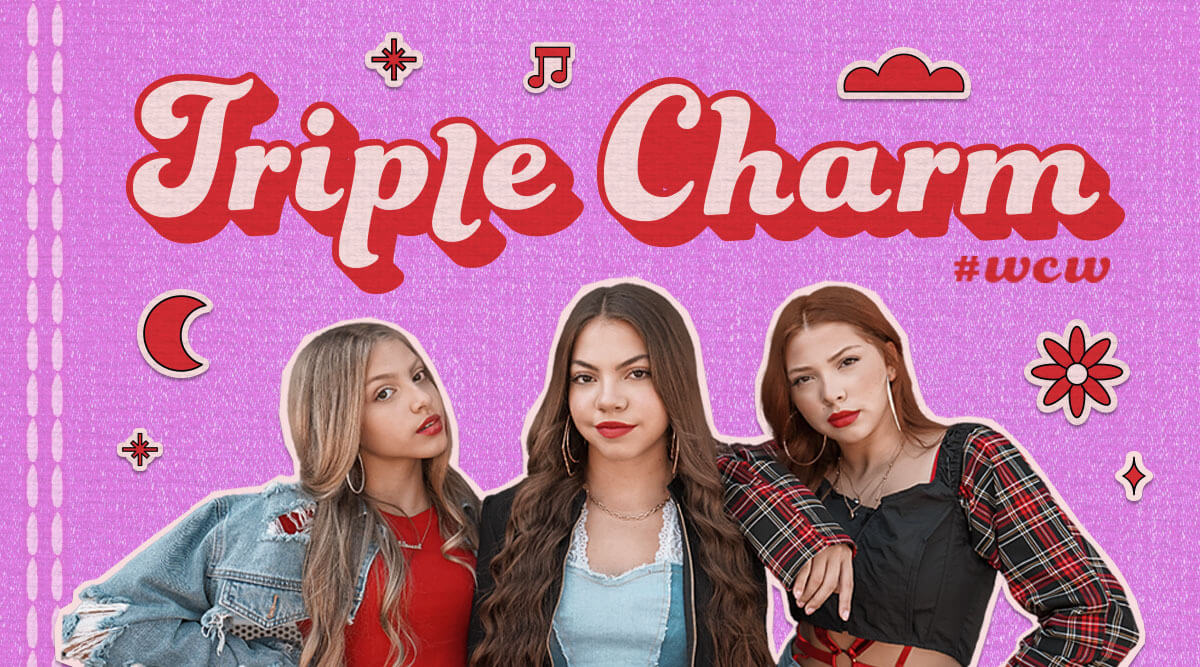 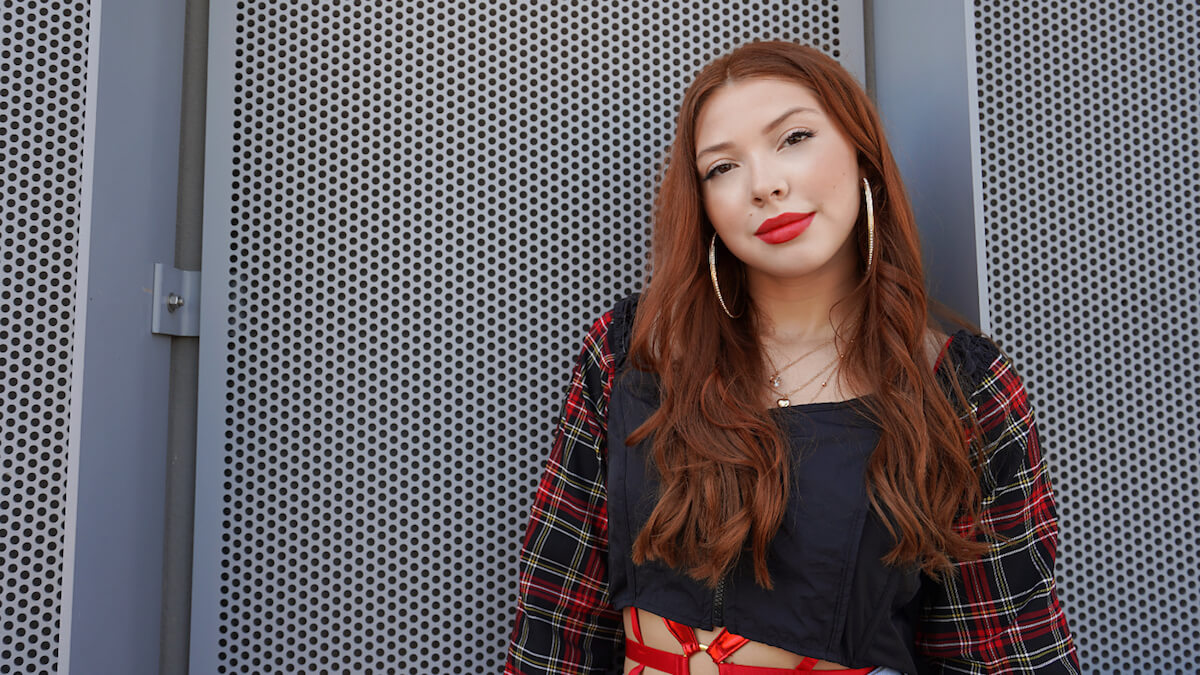 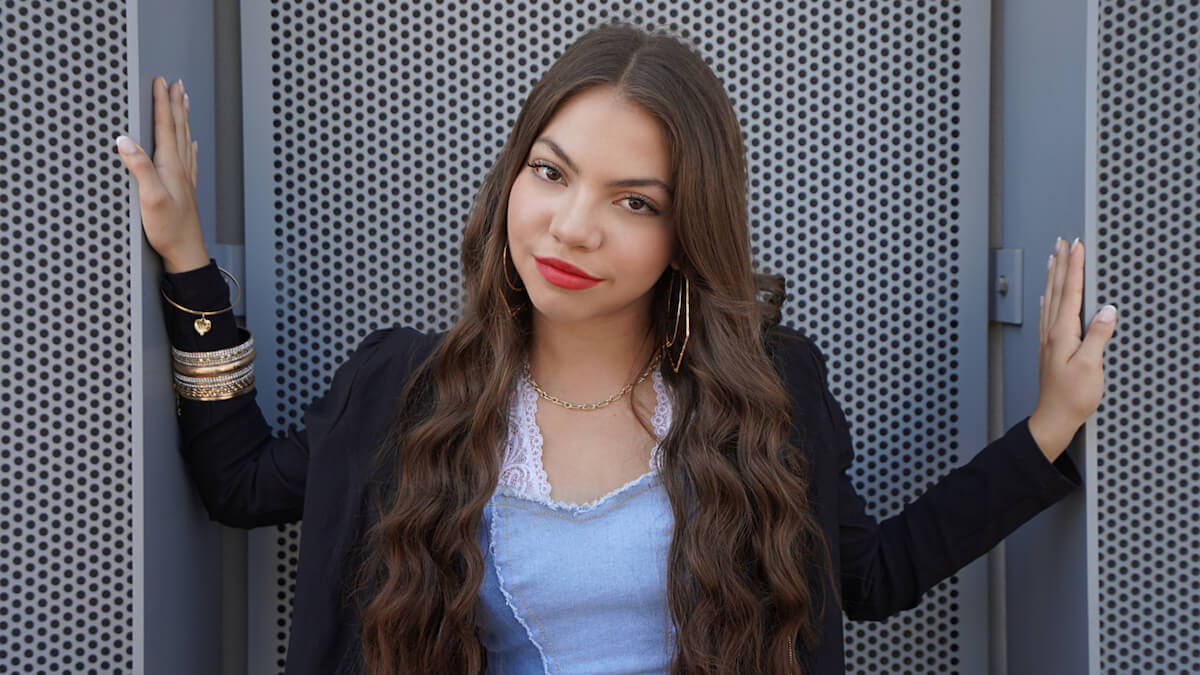 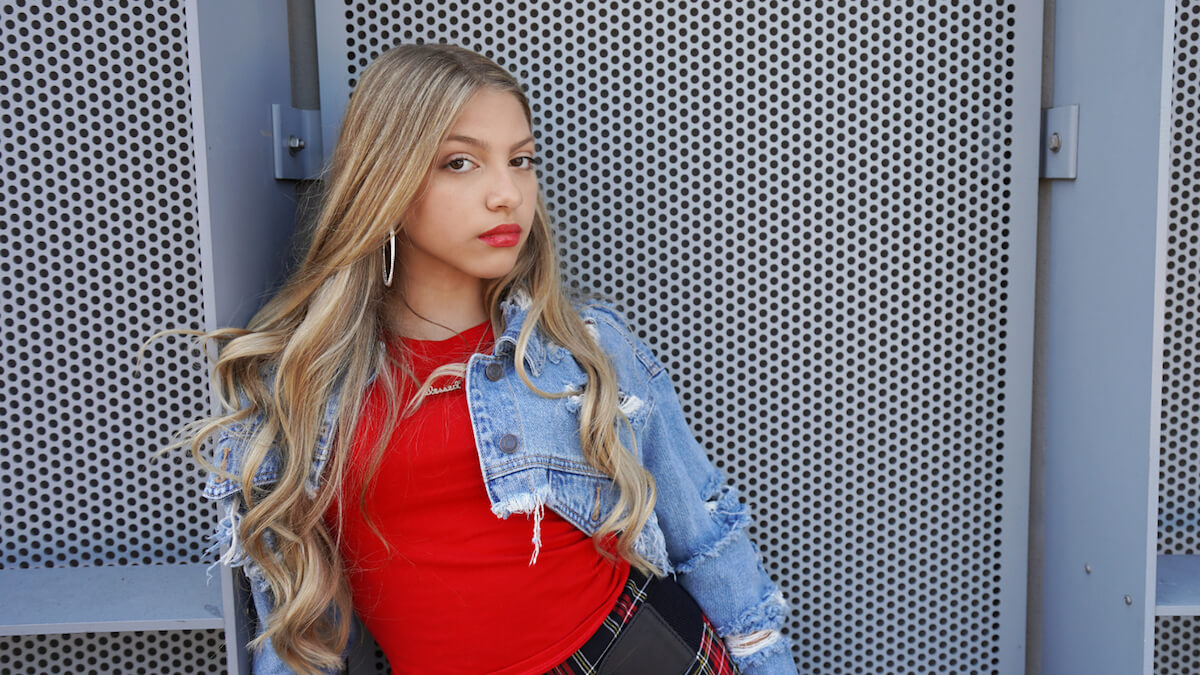 " The fashion, the music. It was all iconic."

"It feels more efficient because I can watch the same video, just in a shorter amount of time. The only thing is that once you get used to watching videos like that, there's no going back."

3. Gabriella wouldn't say she has any phobias, but bugs and spiders totally annoy, scare and gross her out.

4. Amalia's favorite scent in the world is the smell of a Polish restaurant.

"I know it sounds so random, but it reminds me of my late great-grandparents and just makes me feel warm and at home."

5. Raena's a huge fan of the Black Eyed Peas, especially "I Gotta Feeling."

"I remember listening to it as a kid, and now every time I hear it, it feels so nostalgic."

6. Gabriella's not afraid to cry during movies.

"I will cry watching almost any movie. Action, comedy, drama, romance, thriller and especially animated movies. If it has an emotional moment, you will catch me crying."

7. Amalia says she doesn't really get starstruck. However, she is a huge fan of Austin Butler's performance in Baz Luhrmann's Elvis, calling it "Oscar-worthy."

"Watching any actor take on such a major role is always so inspiring to me."

8. Raena's favorite joke is a classic:

"I was wondering, why does a frisbee appear larger the closer it gets? And then it hit me."

10. Amalia frequently turns to her TikTok For You Page for inspiration.

11. Raena's a huge fan of both The Vampire Diaries and The Originals.

"I bought a sewing machine about two years ago and I love using it. If you ever need someone to repair or repurpose clothes, I'm your girl!"

13. The scariest thing Amalia has ever done was going through a haunted house.

"Let me start by saying horror movies are not my thing, and this was like one big jump-scare in real life. Our Abuela's neighborhood had put together a haunted house, so we decided to try it out. The whole time I thought I was going to pass out. Everyone else thought my screaming and pure terror was hilarious. Looking back on it now, I would have been laughing at myself too. Safe to say, I will not be going back to a haunted house."

14. Raena doesn't have a celebrity crush at the moment, but when she was younger, she definitely had one on Justin Bieber.

Also read about: Everything You Need to Know About 'Her' Singer-Songwriter Daya

15. After a tough day, you can always find Gabriella on the couch watching TV.

"I love binge-watching shows, it's basically my love language! Right now, I'm watching Stranger Things. It is so good."

16. Above everything else, Amalia believes in manifesting and going after her dreams.

"I like to set big goals for myself and I will not stop working until I reach them. If I could inspire anyone to do anything, it would be to believe in yourself and your dreams."

17. Raena truly believes that there are no limitations to what someone can achieve.

"The only limitations are the ones we put on ourselves, so create the life you want. Because with enough hard work, anything is possible! I live by the motto don't call it a dream, call it a plan."

18. Gabriella firmly believes that everything happens for a reason.

"As Bob Marley would say, 'Don't worry about a thing, cause every little thing gonna be alright.' So, just take it day by day, and look on the bright side!"

Curious about our past WCWs? Click HERE to learn everything you wanted to know about singer-songwriter Ruelle.