What Does the 🤦🤦‍♀️ Emoji Mean?

Emojis are often used to add extra emphasis to a text, but they also have the ability to express certain feelings better than words can. A picture is worth a thousand words, after all! 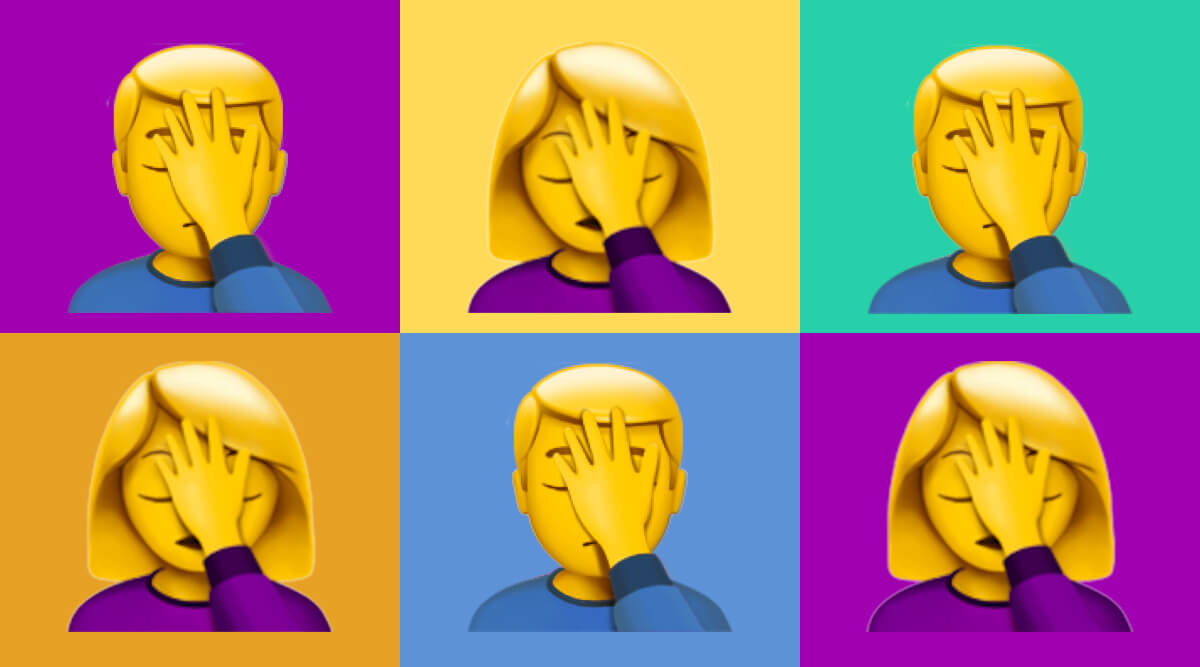 What 🤦 and 🤦‍♀️ Mean in Texting

One emoji that speaks to both of these purposes is 🤦‍♀️. Featuring a person with their hand up with their palm against their face, this emoji is commonly known as the "person facepalming" symbol. It can signify a number of things, including frustration, embarrassment, cringing and other versions of a person "shaking their head" at someone or something.

Also read about: What Does the ✨ Emoji Mean?

To understand exactly what 🤦‍♀️ means when you receive it will depend on the context and the subject being spoken about at the time. For example, someone you work with could also use it when expressing that one of your coworkers showed up late again, or a family member could use it when that cousin does something unbelievable again. It's beautifully versatile, making it one of our favorites to use when you need to express disappointment.

Also read about: What Does the 😂 Emoji Mean?

🤦‍♀️ From a Crush

If your crush just dropped a 🤦 or 🤦‍♀️ emoji, chances are that they're feeling super foolish at the moment. Whether it's from a guy or a girl, this emoji can be used more personally to signify embarrassment after acting forgetful or doing something disappointing. If they text it to you, chances are that they feel vulnerable enough with you to admit when they've made a mistake, which can be a very good sign.

Another popular emoji we're a fan of? 🙌. Click HERE to read all about that one.