If the Winter Blues Hit You Hard on Jan. 2, You're Not Alone

I don't want to sound negative, but, quite frankly, I really only mentally and emotionally thrive during just a few months out of the year.

From Sept. to Jan., I'm floating in my own carefree little cloud. The air is crisper, the nights are longer, the hangouts are more meaningful. There's so much to look forward to during this brief window of time.

September is the perfect opportunity to cleanse and regroup. Summer is over, there's not much going on, and it's time to relax before welcoming in the beauty of fall (and the kickoff to seemingly endless holidays) at the end of the month.

October is all about Halloween (even though I could totally do without it), but I love the month as a whole—especially because of my annual Fall Party.

November is the month I love most, with Thanksgiving being my fave holiday. The month is the truest embodiment of fall, and it's when you finally notice a major temperature drop and really feel the power of spirituality.

December is incredibly festive. It's a happy time to reconnect with old friends, and celebrate how far you've come with new ones. The holidays are cheery and bright, and NYE is a night of fun, where you set intentions and anticipate all the amazing things you'll accomplish in the new year.

And then… before you know it, it's over. All of it.

The parties you had lined up during the last few months; the festive outfits you purchased just for that time of year; the winter trips you anticipated all year long; the fun-filled white elephant exchanges; the seasonal home decorating; the baking. Ahhhhh.

It's like, as soon as Jan. 2 rolled around, reality sunk in. One day I was frolicking around with my besties, embracing the few days off from work, and hours later, I realized everything I anticipated all year long wouldn't come around again for eight more months.

I'm not going to sugarcoat things: Getting back to business on Jan. 2 hit me hard. And it's not even like I had that many days off from work that would give me a need to recover! But it was a lot easier to get out of bed when I had heaps of calendar dates to look forward to.

When my alarm went off on that fateful Wed. morning earlier this week, sharp realities sank in. As I pressed the snooze button as long as I could without missing a chance to quickly shower, a million thoughts went through my head: I'm exhausted; what day is it?—no, seriously, what day is it?; ugh, I need to do the dishes and dump the trash when I get home; my room is a mess; guess I have to actually start adhering to those empowering things I want to accomplish this year. 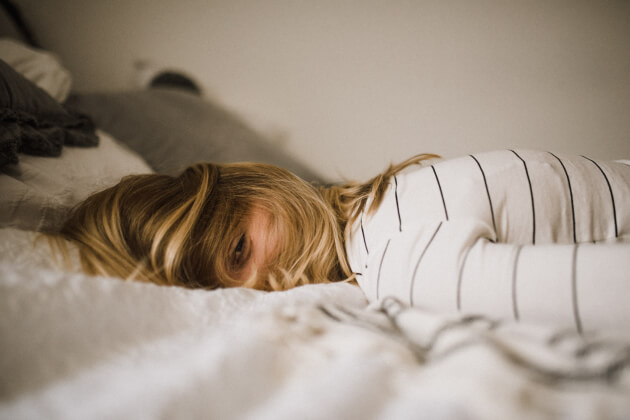 I'm a cancer, so, naturally, I'm overly sentimental and reminiscent. When I got to the office that day, I began thinking back to Januarys of the past. For several years, it was a tradition to go to Palm Springs, California, the first weekend after NYE. It always gave me something to look forward to when all the neighborhood Christmas lights came down, therefore signifying the end of holiday season. That tradition has since ceased, and here I was, being so dramatic, thinking about the long road ahead until Sept. and I meet again. But thinking about that part was also hard because I don't want to rush the year (and therefore my life) along. I want to experience it—whatever it should bring.

Another hard part for me (as has been the case for the last few years) is accepting where we are in society. Between our incredibly turbulent political system, social media and the immense growth in forms of entertainment, I find myself not only feeling a bit lost, but a bit nostalgic, longing for simpler times. I guess each new year that rolls around is a reminder that things aren't slowing (or calming) down any time soon.

I took a full day to wallow in my sadness—which, to be fair, was slightly unjustified. After getting a good night's rest on Wed. night, I came back to work with a slightly different outlook. Yes, I was initially hit like a brick with the realization that my favorite part of the year rapidly came and went, but, things really aren't so bad.

My family and friends are safe and sound, my job doesn't give me anxiety, I have some fun trips lined up for the year—and I'm already well on my way to accomplishing a goal (if I stick with it).  Additionally, this time of year does feel fresh. I love the weather, the crisp air, the baggy sweaters, the awards season movies.

While many things are out of our control, there is also plenty we do have the power to change. Now that I've removed myself from that one-day funk, I'm thinking with a clearer, more positive head. I realized I don't need to let the so-called "winter blues" eat me alive. During this relatively quiet time of year, I can use it to make changes or do things that will make me a better person.

I didn't initially start writing this with the intention of making it a positive lesson post, but, as I wrote, I decided that I need to focus on the good things in my life, and there are so many. Just because it'll probably be another year before I make homemade eggnog doesn't mean there can't be other things to anticipate on the horizon.

Was your time off from school everything it was cracked up to be? We have a feeling you'll relate to THESE expectations vs. realities: winter break edition.