If you're a fan of the watersports scene, chances are that you're very familiar with big wave surfer, stand-up paddle surfer and racer, tow-in-surfer, windsurfer, kitesurfer and wing foiler Kai Lenny.

The athlete has a number of impressive surf titles to his name, including international big-wave contests, and is famous both for his altruism, cleaning up Hawaii's beaches, as well as scaling massive, even life-threatening waves. He's seriously impressive both in the water and out of it, and here's everything we learned about him as our latest Man Crush Monday. 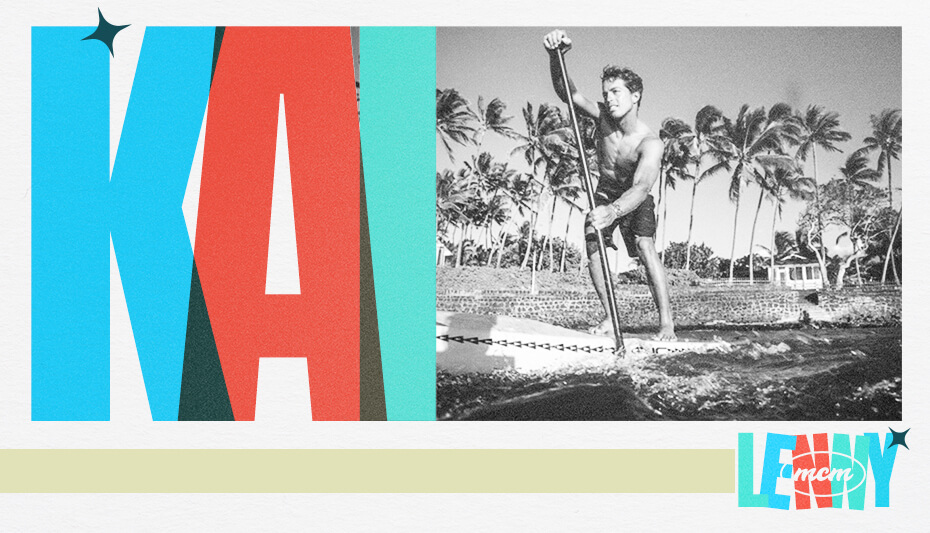 1. Kai would love to live in the fictional world of Star Wars.

"I want a lightsaber and to be able to fly around the galaxy to ride waves and battle villains."

2. While he says he's not super picky about foods, he cannot stand a bad burrito.

3. Dua Lipa is her biggest celebrity crush (and we don't blame him).

"The way people dress was prestigious."

5. He'd share his favorite joke, but it's not exactly appropriate.

6. He's seen Christoper Nolan's The Dark Knight more times than any other movie.

7. His favorite dessert in the world is Tahitian vanilla ice cream with chocolate sauce.

"I know it sounds basic but the Tahitians do it different."

8. He absolutely could not live without the Spotify app.

"I love music and use it as inspiration and motivation before going in the ocean."

9. He says that after the live-action version of Aladdin came out, people couldn't stop telling him that he looked exactly like the character.

"I do like how he flies around on a magic carpet."

10. He always does a particular ritual before heading into the water.

"Before going in the ocean, I do a breathe-up exercise that oxygenates my cells to give me more power and make a big wipeout a little less unpleasant."

11. Big wave surfing is his favorite water sport at the moment.

"The intensity, speed and focus required when riding 80-foot waves really puts me in the moment. it sounds dramatic, but the closer you are to death, the more you feel alive. Some of the best moments in my life had been in waves of consequence."

12. All of Kai's live stems from a  big decision he made when he was younger.

"When I was 9 years old, I told myself that I would never quit or give up. There are only solutions and perseverance is the key."

Love martial arts as much as you love surfing? Click HERE to find out why Cobra Kai star Aedin Mincks was our Man Crush Monday last week.