These Mythological Creatures Are Even More Magical Than Unicorns

We get it—they're cute and magical—but as a society, we've also exhausted every last way to incorporate them into our lives, and that's especially true when it comes to food.

We don't believe there's a single food item that hasn't been given a unicorn makeover yet. Enough already! It's definitely time we put the unicorn trends behind us brought some new mythological creatures into the spotlight.

Before you disregard our plea, scroll for our list of nine mythical creatures we believe could (and should) replace the unicorn.

What's more magical than coming back to life? Associated with the sun, the Phoenix rises from its own ashes after a fiery spectacle to be reborn. Even better, their vibrant yellow, orange and red plumage could inspire the cutest food creations, in the right hands. The possibilities are seriously endless.

Also read about: The Mythology Behind Your Zodiac Sign, and What It Reveals About You

Half-eagle and half-lion, the Griffin is a truly majestic mystical creature. In Greek mythology, this animal is thought of as the king of all animals. You hear that, unicorns? All animals, yourself included. If Griffins are the true leaders of the animals, then why do food-inspired creations of these guys not exist? We love the idea of hybridized Griffin treats. Griffin cronuts, anyone?

In Greek mythology, the Pegasus is known as a divine winged stallion. From the Middle Ages to the Renaissance, these creatures were known to symbolize wisdom and fame. If you were rich, you definitely had some sort of Pegasus art in your home. We don't know about you, but these guys sound way cooler to us than a horse with a simple horn popping out of its head. After all, tons of real-life mammals have horns. Mammals? Not so much.

Small, but mighty, these ethereal creatures are pretty legendary, especially in European folklore. Disney has brought us a few fairies—Tinker Bell from Peter Pan, the Fairy Godmother from Cinderella and the Blue Fairy from Pinocchio. It's hard not to love these winged beauties, or even be inspired by them. It actually took way too long for the Fairy Frappuccino to be a thing, and even then, the trend was short-lived.

Also read about: How to Celebrate Yourself and Be That Unicorn According to Author Jenny Block

While these creatures are pretty hardcore and often thought of as vicious, there are also nice, kind dragons all over fiction. Hi, Elliot from Pete's Dragon! Because their scales are always spectacularly colored, they could easily serve as inspiration for a variety of food creations in shimmering, overlapping patterns. We think donuts would be a great place to start for these bad boys.

Known to the Scots as a shape-shifting spirit residing in the waters of Scotland, Kelpies are often seen in horse form. Yes, the Loch Ness Monster is thought to be one of these mythological creatures. Aside from being all sorts of mysterious, stories about Kelpies have been known to keep kids away from dangerous bodies of water and warn women to be wary of handsome strangers. Clearly, these creatures need to inspire some sort of food trend. We think starting with a smoothie bowl may fare best. 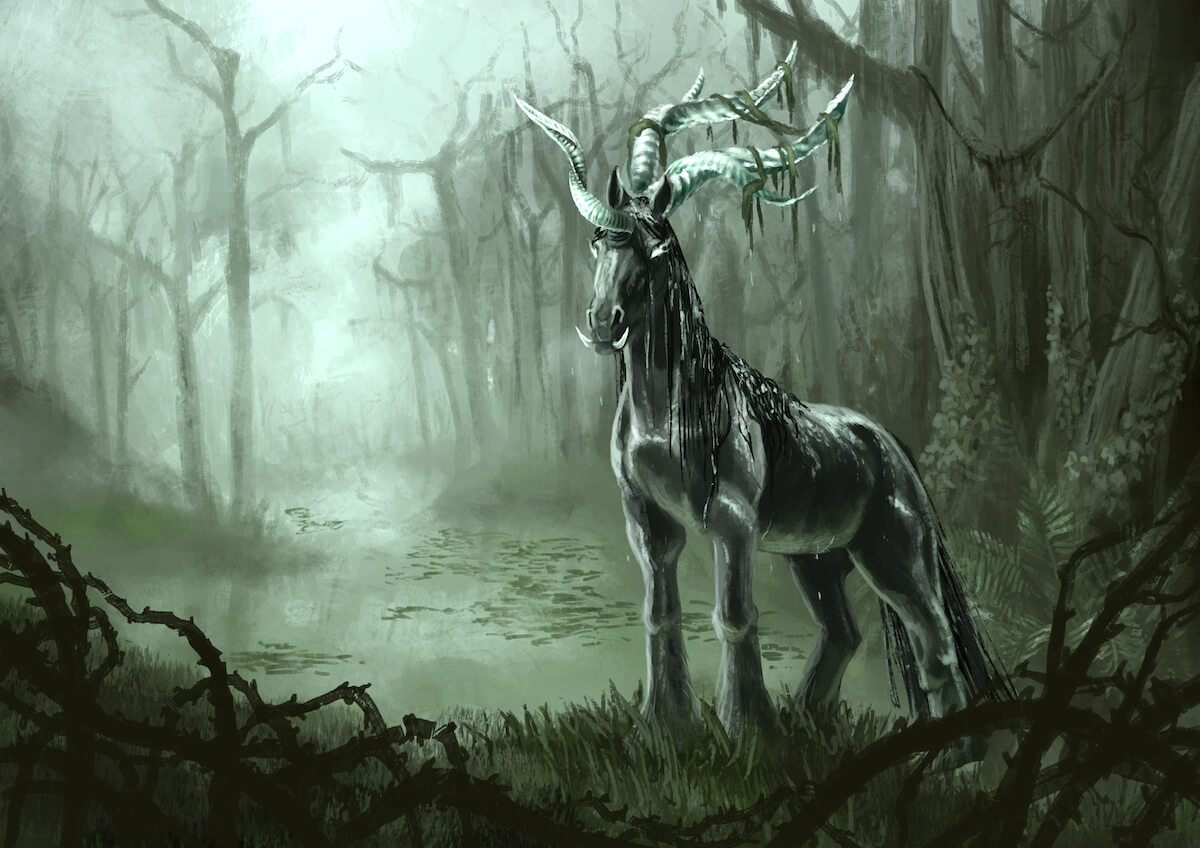 A cross between a deer and a bird, these hybrid creatures lived on Atlantis until a disastrous earthquake sent the island underwater. It's evident from the picture that these creatures are stunning—more so than a unicorn, as far as we're concerned.

Also read about: The Legendary Creature That Matches Your Personality, Based on Your Zodiac Sign

In Greek mythology, Orthrus is a two-headed dog that guards the giant Geryon's cattle. If there's anything better than a dog, we're sure we can all agree it's a two-headed dog. This guy may be a bit ferocious, but that doesn't mean it can't inspire some vibrant and lively foods—and the double-heads would be perfect for doubling up on flavors and unique shapes.

Um, hello! Have we all forgotten how absolutely amazing mermaids are? We know we were (and still are) obsessed with these gorgeous creatures, but then unicorns swooped in and stole their thunder. Of course, these beauts haven't been entirely forgotten. Apparently, there was a Mermaid Frappuccino making the rounds at Starbucks a while back, but we'd love to see more of these ladies in my everyday life. Who's with us? 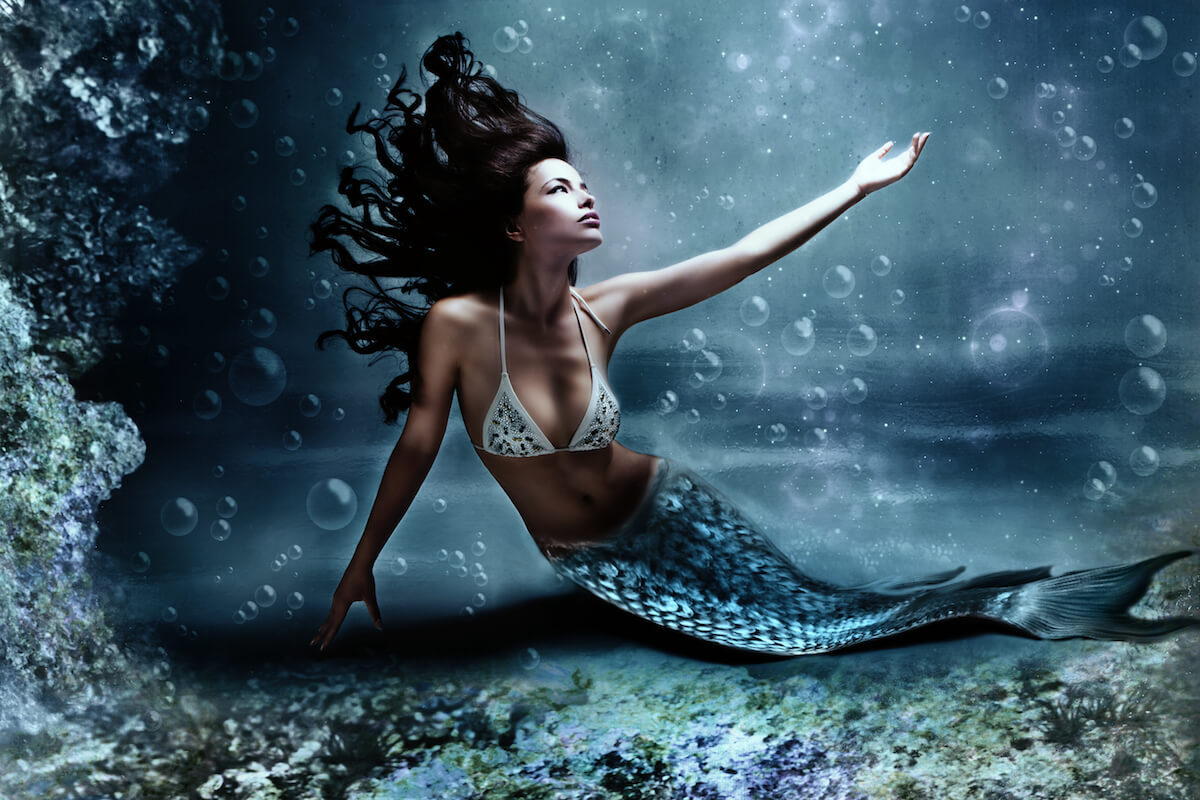 You may not feel the same way we do about unicorns, which is totally fine. So if you're still all about the trend, we suggest you check out THESE dessert shops selling some magical unicorn-inspired treats.