We can't stop watching Justin Bieber's vid for "Purpose". We know Biebs is the star, but we couldn't take our eyes off the dancers the whole video, especially Marissa Heart (AKA the one rocking the adorbs blonde buns)! Not only is Marissa flawless in the video, but she's definitely the cutest human being on the planet! We chatted with Marissa all about her new film Breaking Through, her most memorable audition experiences (one includes Taylor Swift) and she even gave us a quick dance tutorial that will have you looking like a pro dancer in no time! 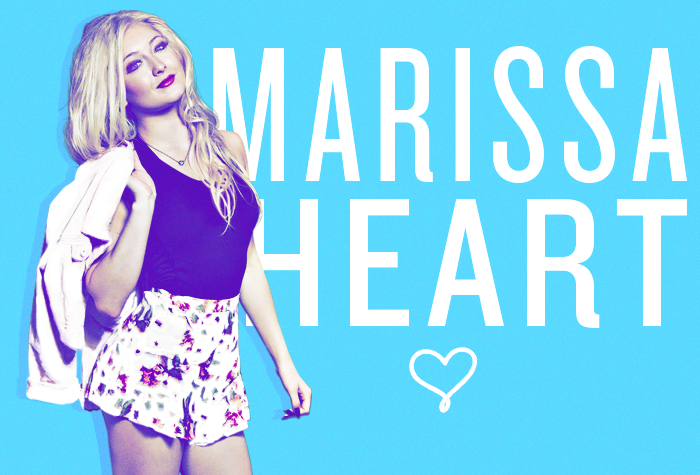 1. Which celebrity would you love to have in your squad?

2. Which Disney princess would you want to swap lives with for a week?

Elsa from Frozen! I would love to create my own ice castle!

3. Which current style trend do you hope lasts forever?

I hope long maxi dresses last forever! I actually just cleaned out my closet last night and I have so many maxi dresses, it's not even funny!

4. We're kind of obsessed with emojis! So we're curious to know, what's your most used emoji?

I use the monkey covering the eyes all the time! And the two floating pink hearts. Those are my two favorite!??

5. Your dog is the cutest! How did you come up with the name "Mistletoe" for her?

I got her for my 16th birthday, which is in November, so I figured she was kind of a Christmas puppy. You know when you look at something and you're like 'You're a such and such'? I was like 'I know! You're a Mistletoe!'

6. Could you draw a quick pic of Mistletoe for us? BUT, you have to do it blindfolded!

7. When did you know that you wanted to be a professional dancer?

I was on Star Search when I was nine years old and that kind of jump started me becoming a professional dancer. It gave me my first little taste of Los Angeles and I moved out here two years later. Once you start auditioning and working, you get addicted to it. That's pretty much what motivated me to become a professional dancer, but dance has always been a part of my life.

8. Do you have a favorite audition memory?

I have a few! I auditioned for Taylor Swift's Red Tour. I had gotten down to the final group of girls, so we all got to meet her and she got to watch us dance. Same thing for Rihanna's tour. Rihanna had to come in and she got to meet all of us. When I went back and auditioned for her again, she had remembered me. Kanye West had to be the best one though. I actually got to tour with him. I've done the Dark Fantasy Tour and his Yeezus Tour. His first audition process was 10 and a half hours long and there were multiple cuts. When I had to audition for his Yeezus Tour, he was actually there hand-picking us.

9. So since you're an amazing dancer, do you think you could teach us a dance move that will make us look almost as stellar as you on the dance floor?

10. Is there a song you're obsessed with right now that you're dying to choreograph?

"Sorry" by Justin Bieber! Before I bought it on iTunes, I found an hour loop of it on YouTube and that was basically my life. I haven't created any choreography to it yet, but I should be coming up with stuff.???

11. How would you describe your dancing in 3 words?

12. Ok, you HAVE to show us your signature dance move!

13. We want to put your contortionist skills to the test! Could you spell out 'Sweety High' with your body? 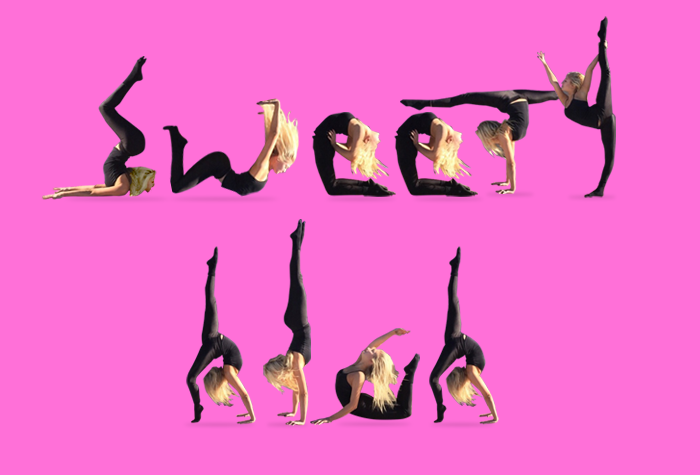 When people don't make eye contact with you when you're talking to them! It's like they're behind a window and I want to knock and say 'Hello! I'm here!'

15. What's the one makeup product you can't live without?

Mascara! I use L'oreal Black Smoke.

16. What movie always makes you cry?

The Notebook, it's inevitable! It always has me crying like a baby.

17. What's your go to outfit for dance practice?

18. Can you show us your favorite classic dance move?

19. We've watched your movie Breaking Through way too many times since it was released in October! Can you tell us about the character you play?

I play Tara. She's basically the younger sister of the whole group. She's very similar to how I am. She's always just very happy, fun-loving, super passionate about dance and what she does and she just wants to have fun with her friends.

20. What was the most fun experience you had on set with the cast and crew?

It was honestly the night shoots. At that point, everyone is so delirious that we're having fun regardless of what's going on. I think we had three or four night shoots in a row where we wouldn't get to set until about 2 a.m. We were all coffeed up and we just tried to keep each other motivated.

Oh, and if you haven't seen it a billion times already, watch Marissa deliver a powerful performance in the Biebs' "Purpose" video right now!

Our bae Pierson Fode introduced us to his adorable pets Sasha and Mufasa and you won't be able to handle cuteness!