Disney and Pixar's latest release, Turning Red, is a must-see coming-of-age story that we literally cannot stop watching—in part because of its truly epic quotes.

The film follows 13-year-old Mei Lee, who discovers a bizarre family secret—that the women in her family can transform into giant red pandas, and that this transformation is brought on by strong emotions. Mei must balance concealing the panda from the public with maintaining her mother's approval, without alienating the friends who mean the world to her, all with a massive boy band concert looming—and that proves to be even tougher than it sounds.

So if you love the film as much as we do, keep scrolling for our favorite quotes to use as Instagram captions—and, of course, that includes lyrics from Turning Red's amazing boy band, 4*Town.

For when you're working hard and making bank: 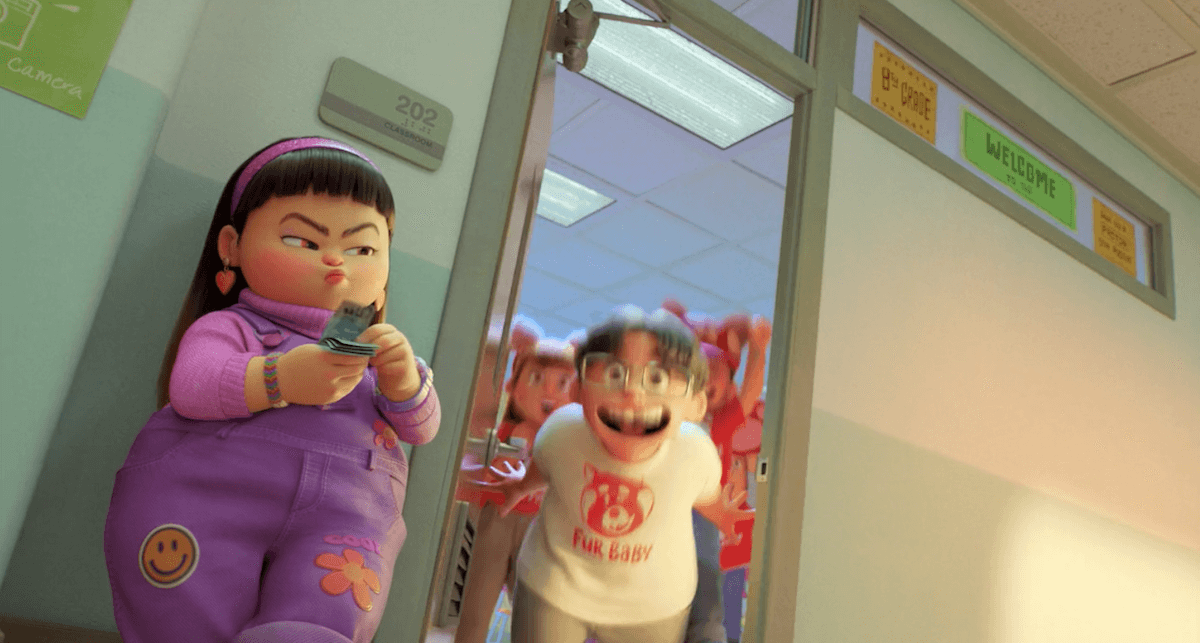 For the pic of you and your very respectable parents:

"The number one rule in my family? Honor your parents."

For when you've set aside time to pamper yourself:

"Honoring your parents sounds great, but if you take it too far, well, you might forget to honor yourself."

For the pic of you mid-tumble:

"I wear what I want, say what I want I will not hesitate to do a spontaneous cartwheel if I feel so moved."

For when you're unapologetically yourself:

"I accept and embrace all labels."

For the very hottest pic of your celebrity crush:

"May I remind you what real men look like?"

For when you're happily spring cleaning:

"But I like cleaning. Plus, I got this new feather duster, and, oh, my gosh, you guys, it picks up so much dirt, it's bananas!" 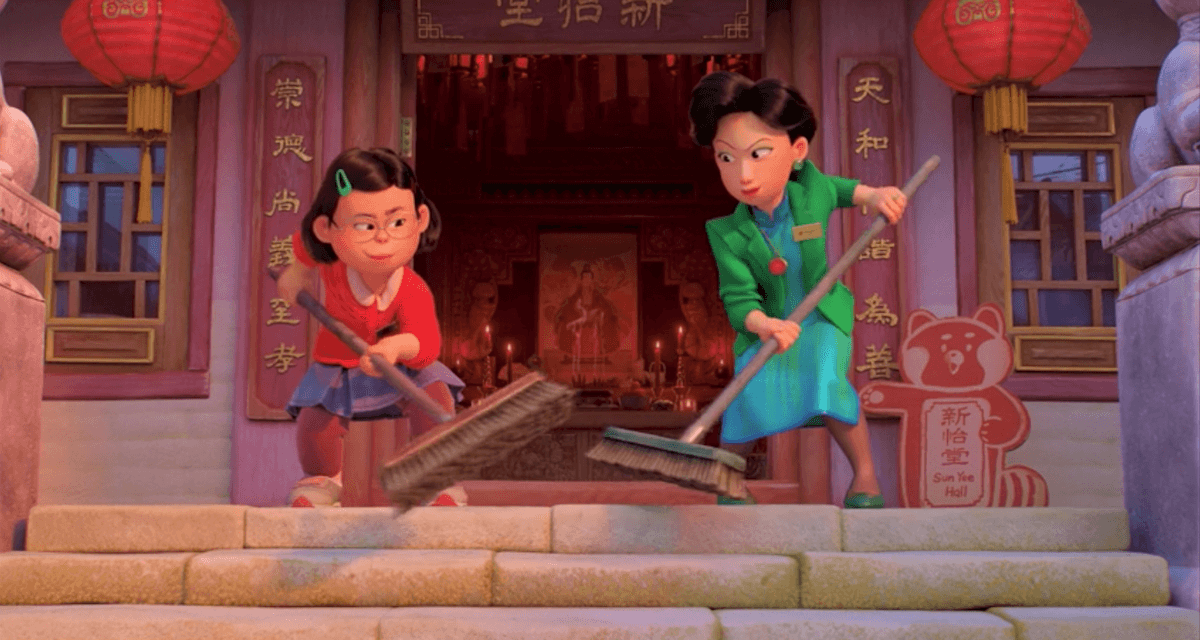 For the pic of you and the person (or pet) you adore most:

For when you're stuck at home doing chores:

"I know what it looks like. I am my own person. But that doesn't mean doing whatever I want."

Also read about: Magical Quotes From Disney's Encanto to Use as Your Next Instagram Caption

For when you're hesitantly falling for someone:

For showing off your steamiest artwork:

"Why would you draw those things? Those horrible, awful, sexy things?"

For when the truth has come out about you, but you don't want to dwell on it:

For when you're demanding what you're owed:

For when you're feeling overwhelmed:

"Any strong emotion will release the panda." 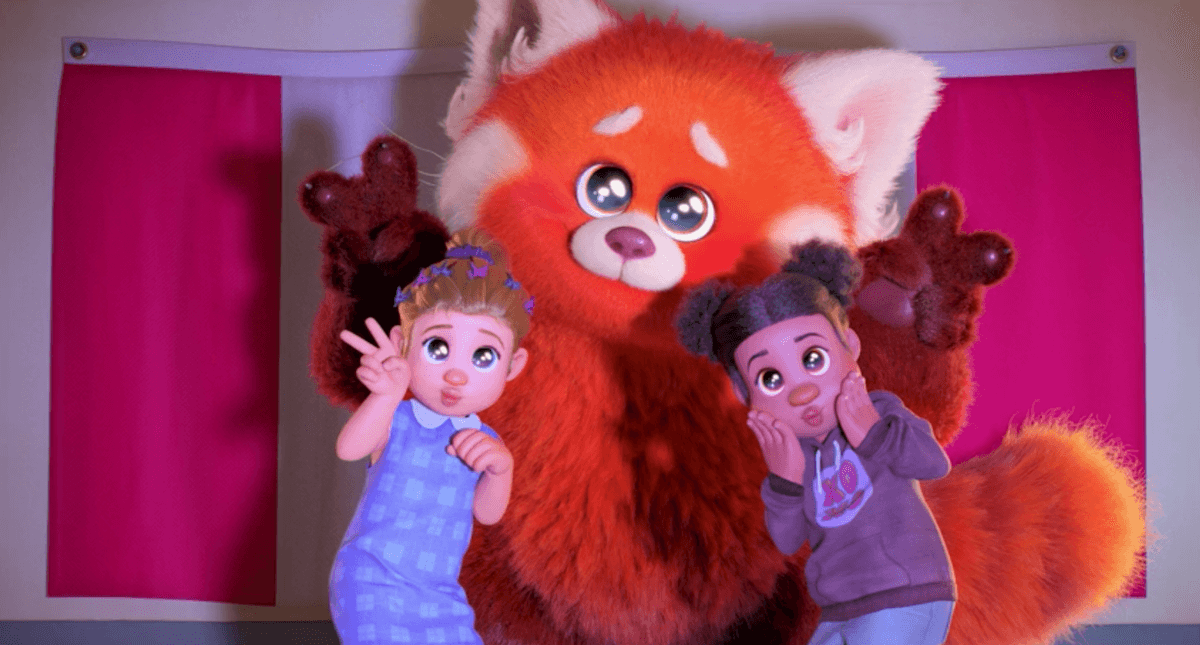 For the pic of you dressed in red from head to toe:

For the photo of the special someone who's giving you butterflies:

"I've never met nobody like you, had friends and I've had buddies, it's true, but they don't turn my tummy the way you do."

For when you're cuddling a furry friend:

"You're so fluffy! You're SO fluffy!"

For the shot of your lovey-dovey squad:

Also read about: Use These Memorable Quotes From Marvel's Hawkeye As Your Next Instagram Caption

For the newest pic of your favorite boyband:

"Look at those glittery delinquents with their… gyrations."

For the selfie of you and all of your besties at a life-defining concert:

"This isn't just our first concert. This is our first step into womanhood." 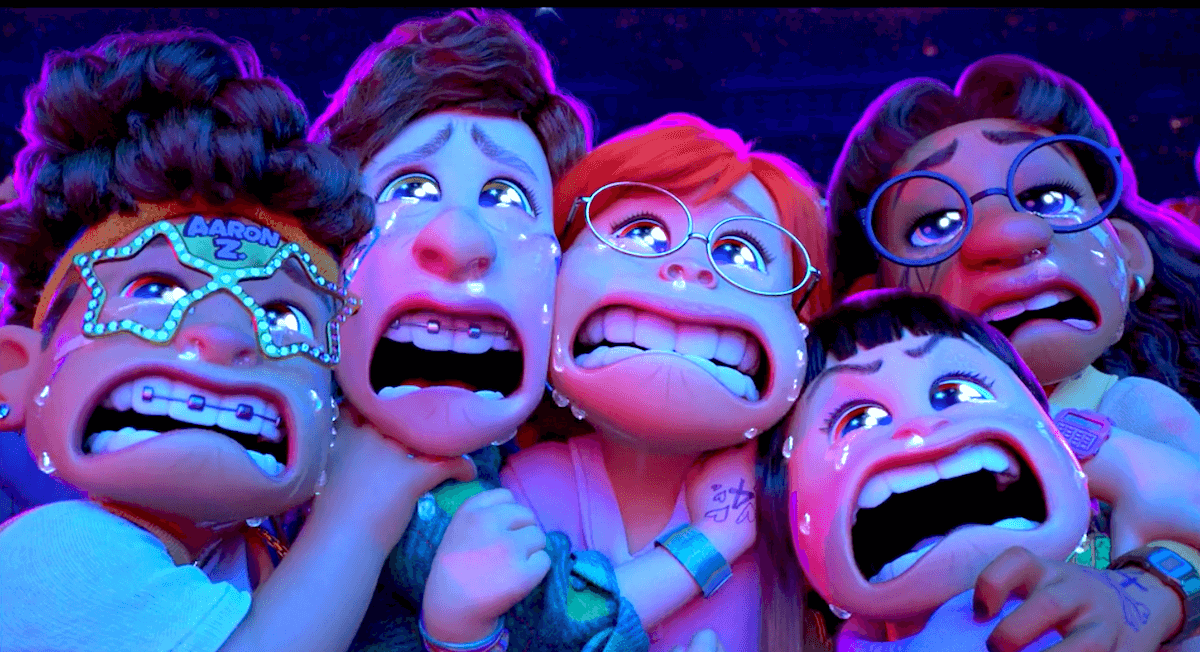 For the photo carousel of your favorite guys:

"Now, take a break and help me appreciate some boys."

For calling out the cutest person you know:

"Are you a triangle? 'Cause you acute!"

For when you're pining:

"I drove by your house twenty-nine times today, and nobody else could make me feel this way."

For when you're partying with mixed company:

For the shot of you being a math wiz:

"They called me the 'Uncommon Denominator.'"

For when you decide to let loose:

"I know how hard it is to keep the beast in. It feels so good to let it out. So free." 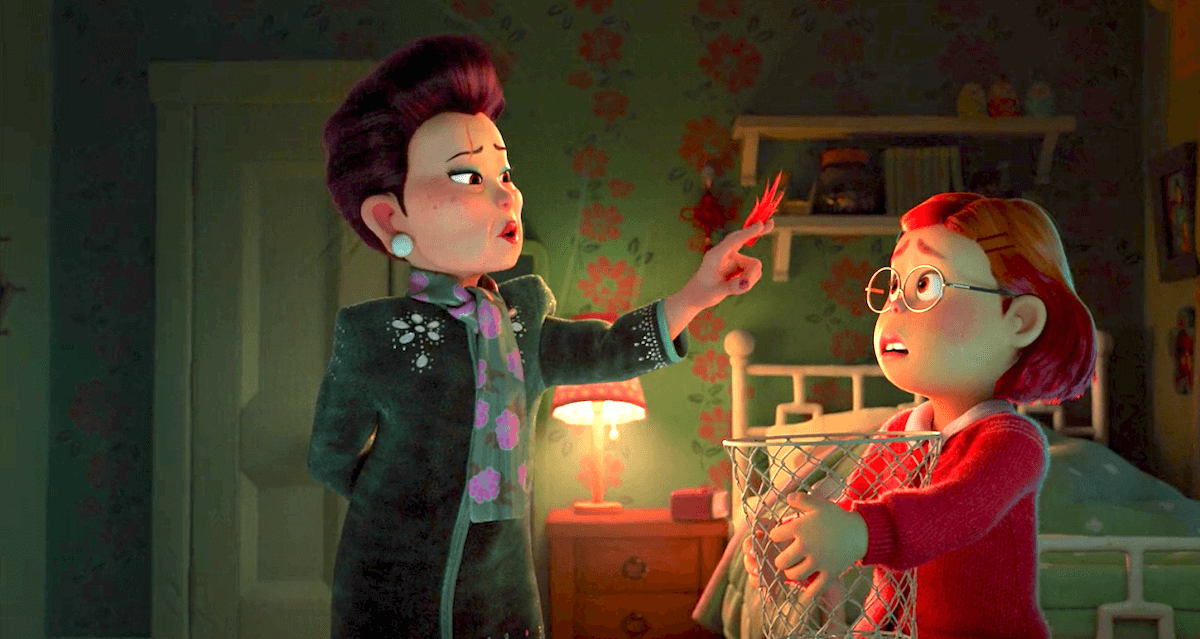 For the pic of you and the friends you adore to no end:

For psyching yourself up before something big:

"This will be a piece of cake. And mostly painless."

Also read about: Powerful Quotes From Brave's Princess Merida to Use as Your Next Instagram Caption

For that shot of the blood moon during the lunar eclipse:

"It's almost time. The red moon is about to begin."

For when you're being dramatic about your relationship:

"'Cause you've opened my eyes and stolen my heart. You make me believe that love can be hard."

For when you finally start embracing the messy parts of yourself:

"People have all kinds of sides to them … And some sides are messy. The point isn't to push the bad stuff away, it's to make room for it, live with it."

For stating just how rebellious you are: 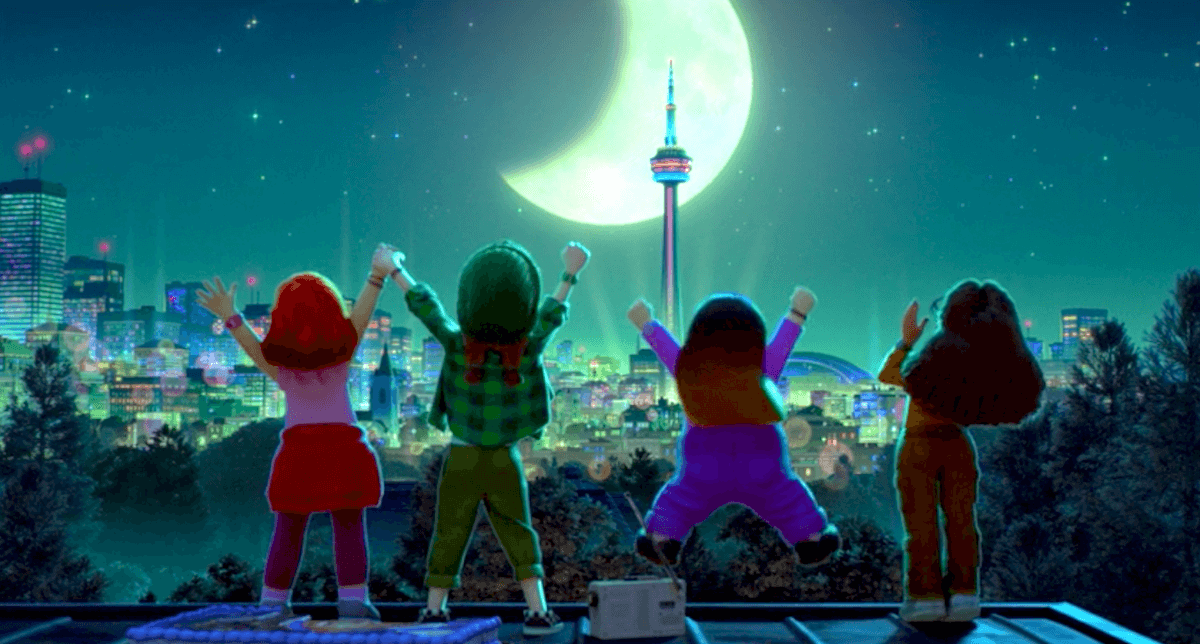 For when someone you love has to move away:

"The farther you go, the prouder I'll be."

For when you're still adapting to a big change in your life:

"And, yeah, sometimes I miss how things were, but nothing stays the same forever."

Also read about: Magical Quotes From WandaVision to Use as Instagram Captions

For when you allow yourself to be a little bit weird:

"We've all got an inner beast. We've all got a messy, loud, weird part of ourselves hidden away. And a lot of us never let it out. But I did. How about you?"

For when you take a risk and it totally pays off: 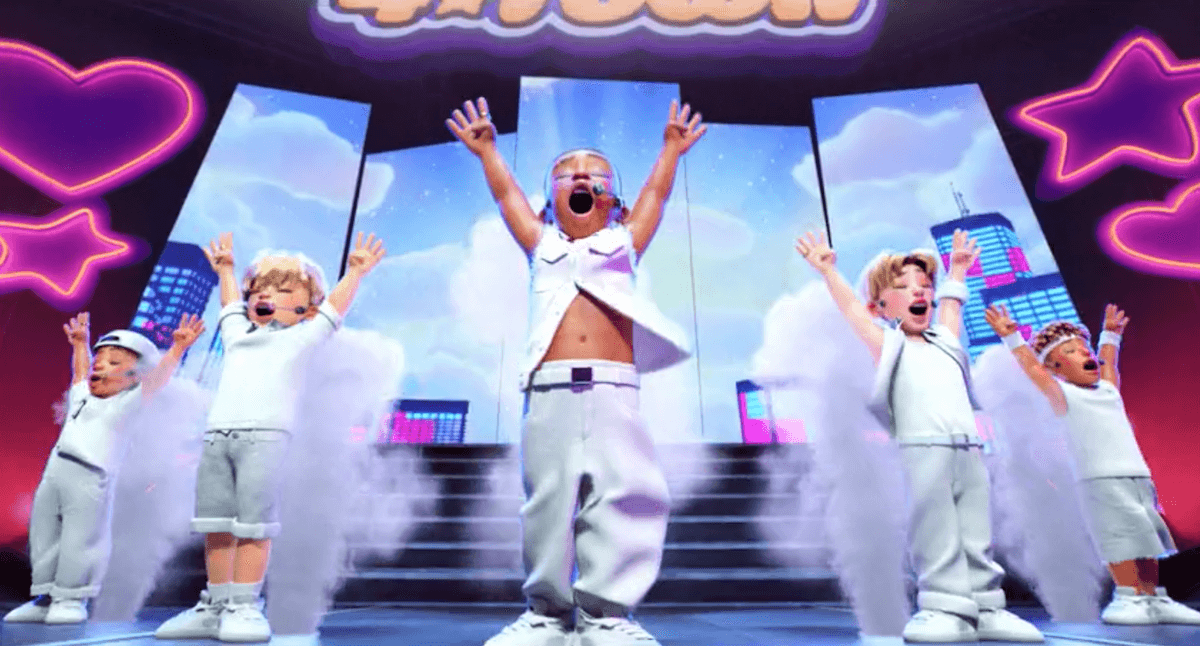 Love a good cry? Click HERE to check out a ranking of the saddest Pixar films.