EXO's XIUMIN shows us a refreshed side of himself on his debut mini-album, fittingly titled Brand New.

The 32-year-old K-pop idol released his first solo project on Sep. 26 as a five-track EP featuring his effortlessly powerful vocals. Songs like "Feedback" and "How We Do" are upbeat and colorful—a perfect representation of XIUMIN's vibrant, youthful energy.

After a video call with the star, it became clear that he still possesses excitement and commitment to his artistry, despite his 10 years in the industry. And, through all of the fame and accolades, he exudes an aura of kindness and modesty.

If you love XIUMIN nearly as much as we do, continue reading to learn more about the singer's preparation for the comeback, his favorite track on the EP and the message he wants to share with his fans. 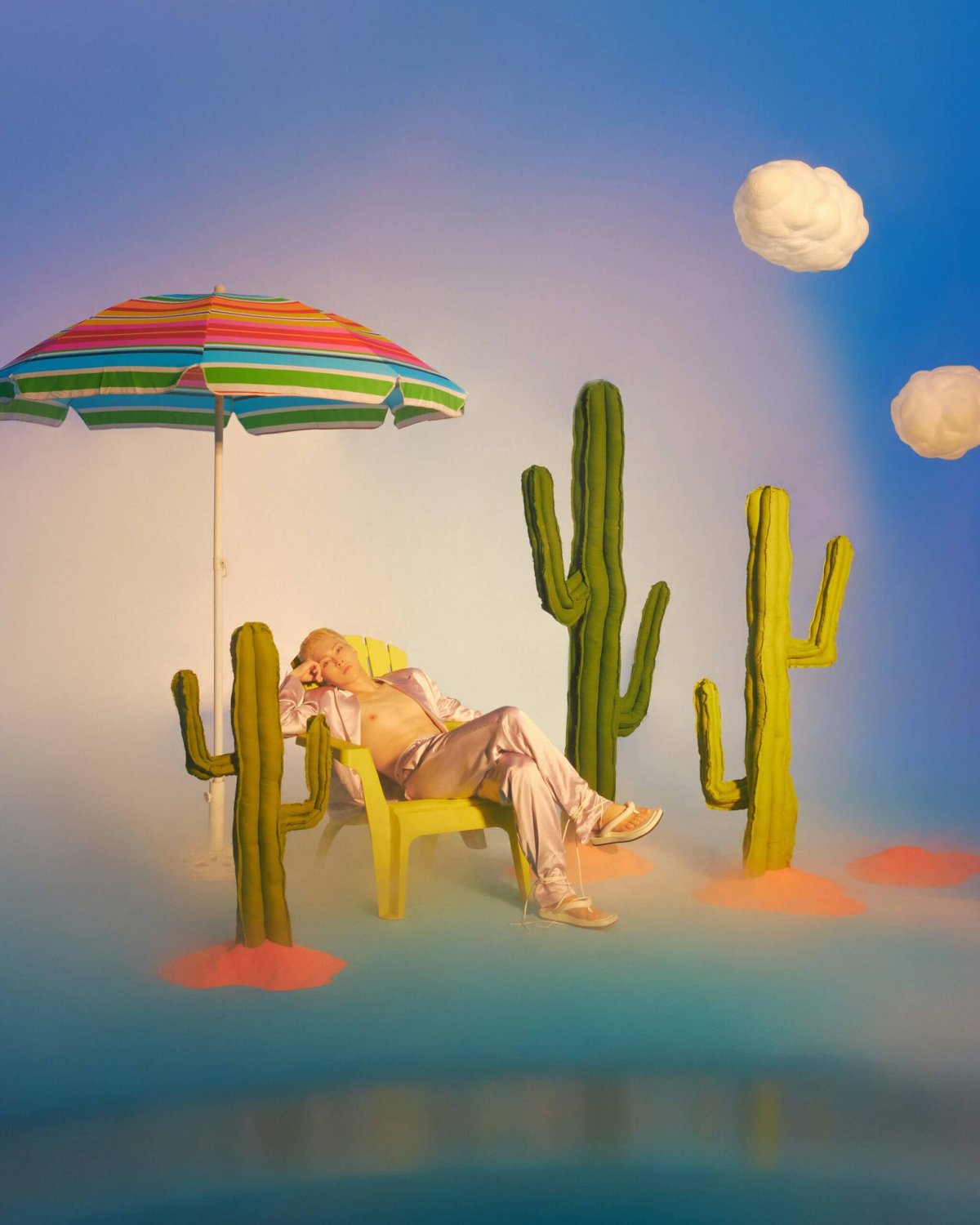 Sweety High: Brand New is your first solo EP. Why did this feel like the right time to release it?

XIUMIN: It's been 10 years since my debut, so there was somewhat of a numerical significance in terms of my musical career. I wanted to set this year as a turning point.

Also read about: K-Pop Group CIX Reveal the Story Behind Their New OK Not Mini-Album

SH: The music on this EP seems to focus on finding your authentic self and aiming toward a more hopeful future. Is there a message you hope fans will take away from Brand New?

XIUMIN: As the name suggests, I hoped to show a brand new side of myself as an artist. Although my activity in EXO is symbolic in its own way, I want to demonstrate that I can stand alone as a solo artist, too, and reveal those parts of myself that I previously haven't. I hope the fans will believe that there are still more things I have yet to show and continue to anticipate the future of my musical career.

SH: Tracks like "How We Do" and "Brand New" are noted for their old-school, retro vibe. What was the inspiration for this sound? How does it fit into the broader theme of the EP?

XIUMIN: I wanted to show the fans the type of music I generally like and incorporate the experiences and skills I learned as a member of EXO.

In my pre-debut phase, I really enjoyed listening to music from the 1990s and early 2000s. That's an [era of music] I've always been comfortable listening to because it's easy on the ears. After my debut with EXO, I found that I was listening to it less frequently. For this EP, I wanted to come back to that time and reconnect with my personal taste and preferences. Because it's been a couple of decades since that time, I tried to create a new genre that bridges the timeline of then and now. 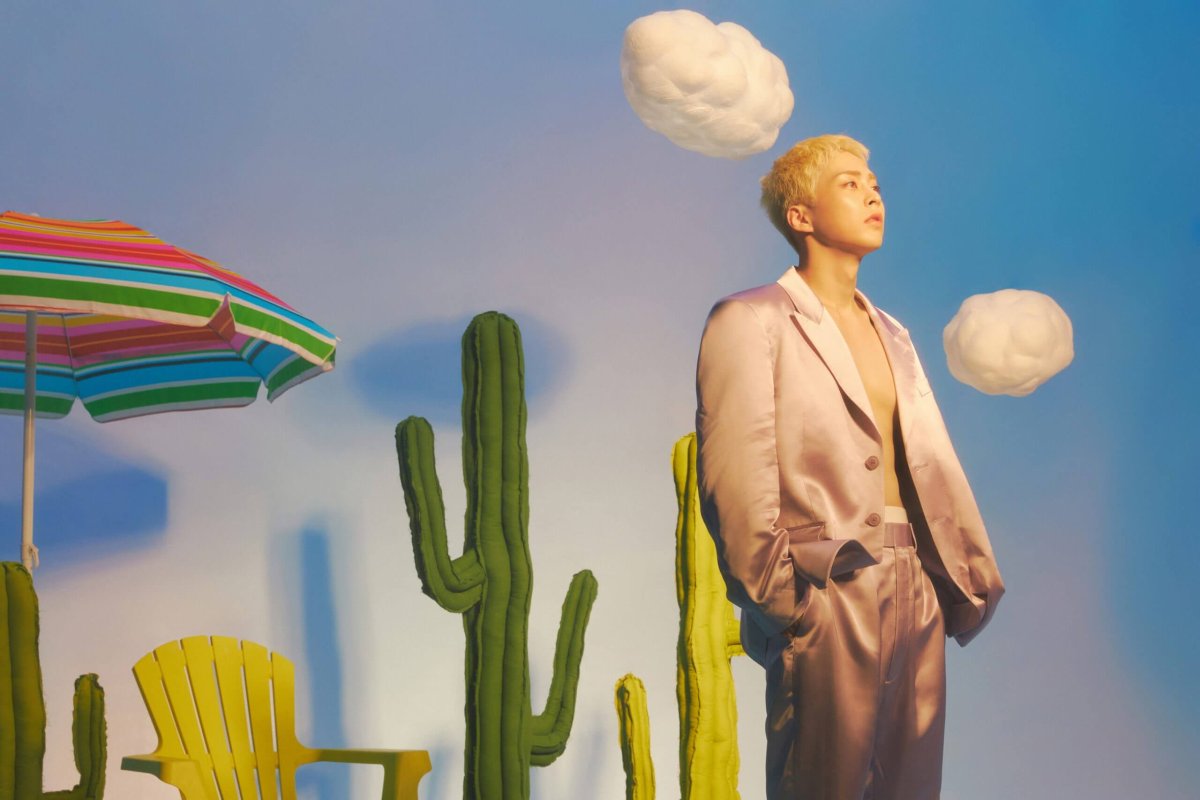 Also read about: Billlie Returns to Discuss the Billage of perception: chapter two

SH: "How We Do" features Mark of NCT, whom you previously worked with in 2017. Can you talk more about how this collaboration came together? What specifically do you think Mark adds to the track?

XIUMIN: I really loved the demo for that song, so I insisted that it be a part of this EP. The track had quite a bit of rapping. Instead of me trying to pull it off, I wanted to give it a refreshing introduction and have it become a collaboration with another artist.

When I was thinking of people I could ask to collaborate, I specifically recalled working with Mark on the previous project in 2017. I could only think of Mark as my choice. As we all know, Mark has been very busy—he has a lot on his schedule. I asked if he was available, and he was kind enough to work with me on the song. We believed that, with our two voices, we could create something very special.

Compared to our previous project, I think Mark showcases a more masculine and sexy kind of maturity. You can see a development in his voice and rapping as well. Overall, I think his contribution added more weight to the track.

SH: Do you have a favorite track from this EP?

XIUMIN: I like all the songs, but I love the song "(민들레) Love Letter." I love its melody and lyrics because they sound like the genres I normally listen to. But, most of all, it's a message for the fans. I took extra care and attention working on this album because I think of it more as a present for those who have been waiting for my music. I really like how it turned out. When it all came together, it felt perfect in its own way.

SH: As a member of EXO, you were assigned the superpower frost. Did you emphasize your frost element in any way while creating Brand New?

XIUMIN: For the music video, I froze [the room]. To be honest, I'm not entirely sure why I decided to freeze it, but I just felt like doing it at the moment. (Laughs.) I figured it would be a fun element to add to the music video.

Fans are always looking for signs and references to our superpowers. On the album jacket photo and teaser images, you can see there's a desert and oasis version. To maximize the superpower concept, I thought it would be cool to freeze the desert and make it into a frozen oasis.

Also read about: CRAVITY Reveals the Story Behind Their Fourth Mini-Album, NEW WAVE

SH: In what ways did preparing for a solo project differ from gearing up for an EXO comeback?

XIUMIN: The biggest difference would be the responsibility that gets put on your shoulders for a solo project. In EXO, a lot of the work is divided up amongst the members. So, the process for this EP shined a light on everything. From beginning to end, my say played the biggest part in every decision. It was very time-consuming, but I put in a lot of effort. I had to focus on conserving my energy while preparing for this release. It makes me think about all the other artists who do these solo projects often. I have a new level of respect and admiration for them. 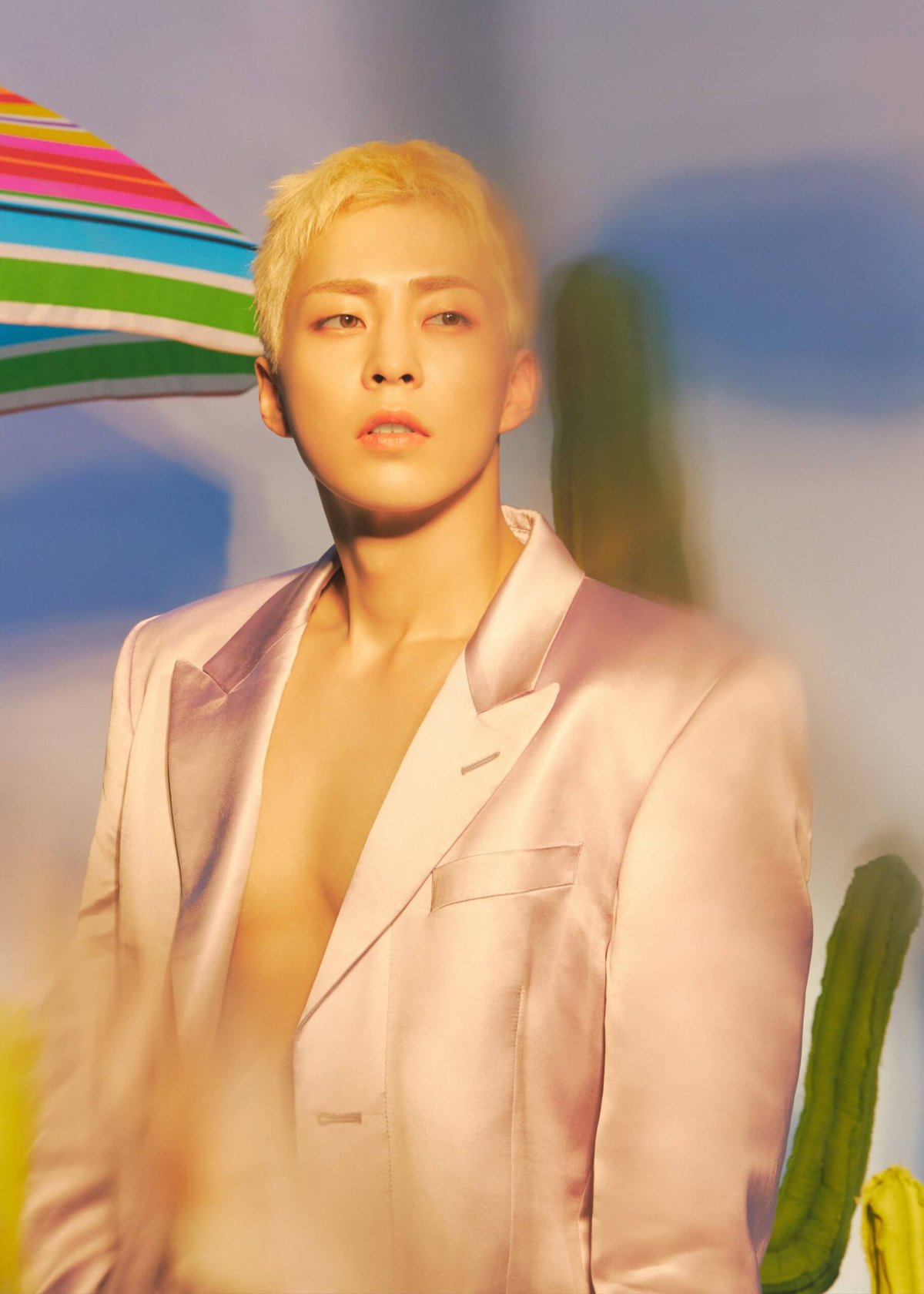 SH: As you previously mentioned, you've been a K-pop idol for a decade. What has been the biggest lesson you've learned? How does this relate to your preparation going into the making of your debut EP?

XIUMIN: Now that I look back, I realize the fans are such a precious part of my life and career in EXO. We've received a lot of love and support as a group, and I wanted to use this EP as a reminder not to take anything for granted despite the success we've had in the past. When people start taking things for granted, they often lose the thrill of getting that love and support in the first place.

During the entire making of this EP, I was looking back to the early days of my career and recalling all the happiness I felt from my interactions with the fans. Because of this, I was really thinking about what fans might want to see in this EP. That kind of reminiscing makes this experience so much more meaningful. I can't wait to interact more with everyone and get their love and support while promoting this EP.

Love all things K-pop? Click HERE to read our interview with JAMIE on her One Bad Night EP.