Addams Family fanatics, rejoice—Netflix's new Wednesday series has arrived, and it's even better than we'd hoped.

The new show stars Jenna Ortega as the titular Wednesday Addams, who, after being expelled from school, is forced to attend boarding school at Nevermore Academy alongside vampires, werewolves, sirens and other odd characters. While at first, she can't wait to leave, she soon becomes wrapped up in a decades-long mystery and sets out to be the one to solve it. Love the new show as much as we do? Then use one of these great quotes from the show as your next Instagram caption.

For when high school is torture:

"I'm not sure whose twisted idea it was to put hundreds of adolescents in underfunded schools run by people whose dreams were crushed years ago, but I admire the sadism."

For when you refuse to cry, no matter how sad the movie gets:

For coming to the defense of your brother:

"The only person who gets to torture my brother is me." 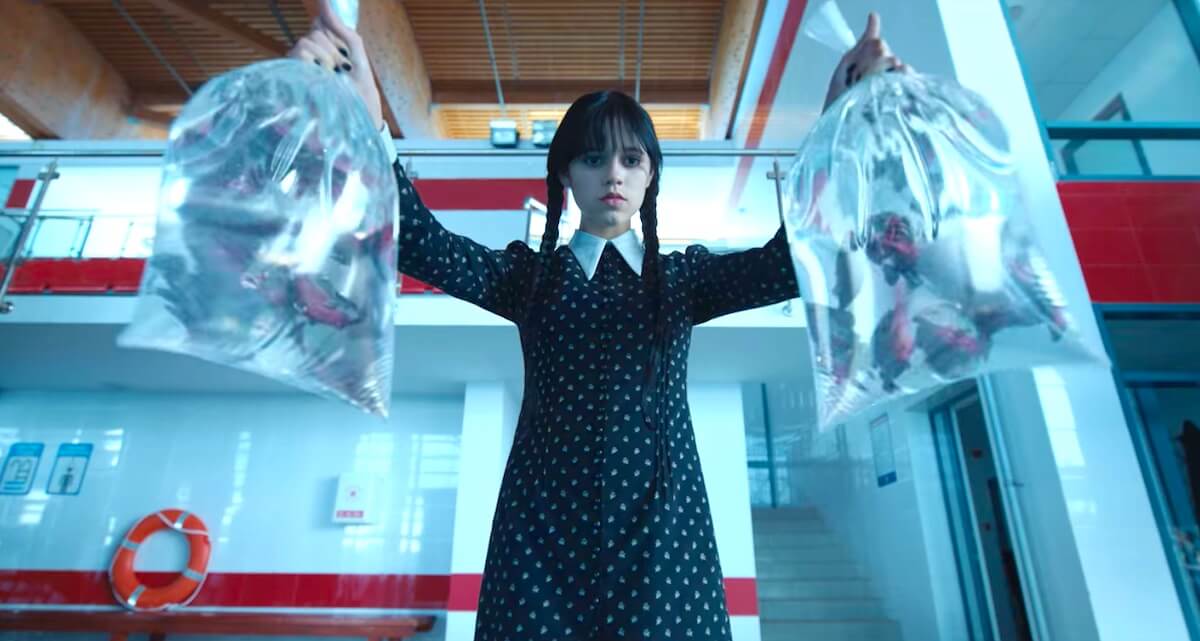 For choosing a different path from the one your parents laid out for you:

"I have no interest in following in your footsteps."

For when your couple friends are being so lovey-dovey, it's disgusting:

"You guys are making me nauseous. Not in a good way."

For when you were born on a Wednesday and are thus aptly miserable:

"Wednesday's child is full of woe."

For when you're skipping out on prom:

"I'm not interested in participating in tribal adolescent clichés."

For your favorite group of weirdos and misfits:

"There are many flavors of outcasts here, but the four main cliques are Fangs, Furs, Stoners and Scales."

For when your entire ensemble lacks a single pop of color:

For being self-aware about your latest thirst trap:

"I find social media to be a soul-sucking void of meaningless affirmation."

For when you won't be seeing your sibling for a while:

"You're soft and weak. You'll never survive without me. I give you two months, tops."

Also read about: Spooky Quotes From The Addams Family to Use as Instagram Captions

For when someone's style is just a bit colorful for your liking:

"It looks like a rainbow vomited on your side."

For your fiercest look:

"This kitty's got claws, and I'm not afraid to use them."

For when you're trying not to be a walking cliché:

For when you haven't quite found where you fit in yet:

"I never thought it was possible to be an outcast in a school full of outcasts."

For when someone who wants to help just winds up in your way:

"I didn't want to be rescued."

For when you just can't wait for class to be over:

"Our first order of business is to escape this teenage purgatory." 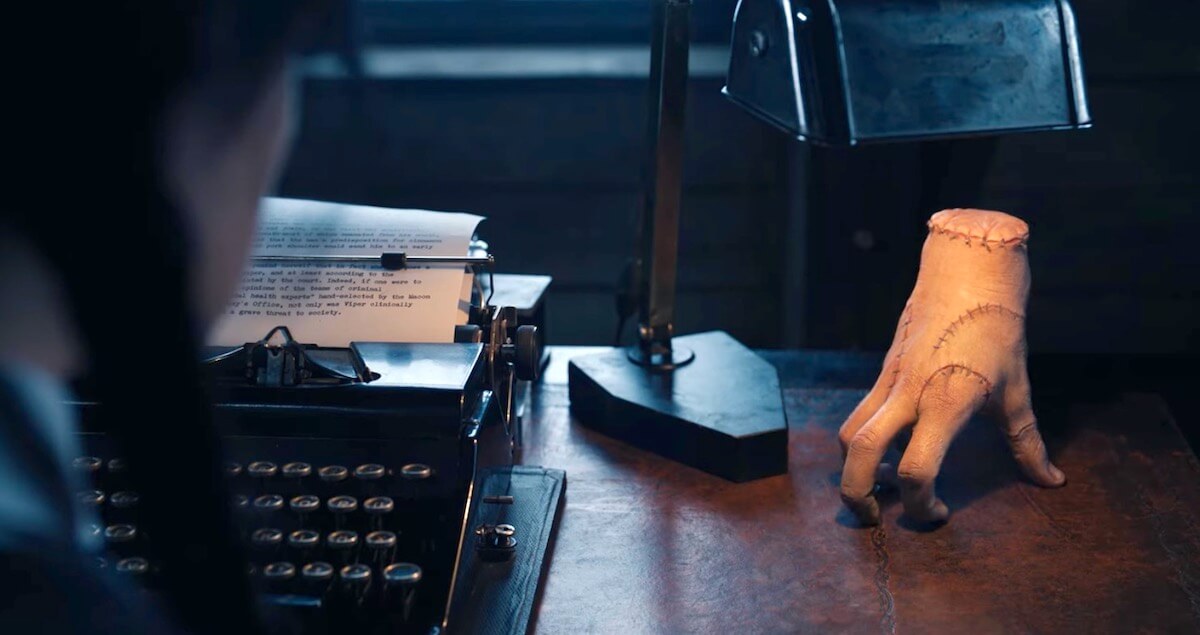 For when you're not here to make friends:

"I see the world as a place that must be endured, and my personal philosophy is kill or be killed."

For those times you're willing to fight dirty:

"You know the old saying—never bring a knife to a sword fight. Unless it's concealed."

For when you actually don't want anyone to say a word about your work:

Also read about: 51 Adventurous Quotes From Enola Holmes 2 to Use as Your Next Instagram Caption

For when it's espresso or nothing:

"Drip is for people who hate themselves and know their lives have no real purpose or meaning."

For when you're done with tears:

"I cried my little black heart out. But tears don't fix anything. So I vowed to never do it again."

For when things go badly wrong:

"This story is about to take a dark turn."

For when the truth isn't as clear cut as you'd think:

"Edgar Allan Poe said, 'Believe nothing you hear and half of what you see.'"

For when you're trying your hardest not to feel:

"Emotions are a gateway trait. They lead to feelings, which trigger tears. I don't do tears."

"Time to get in touch with my inner rebel."

For when your writing is anything but inspired by real life:

"I've always hated the expression 'write what you know.' It's a hall pass for the imagination-impaired."

For when you do not do tickles:

"The last person who tickled me lost a finger."

For the shot of a bee collecting pollen from a flower:

"Bees have been producing honey in the same way for 150 million years. They're nature's perfect community. All working together to achieve a common goal. Fun fact, it's also one of the few ecosystems in which females dominate."

For the pic of you and your girls being bosses:

"From the queen bee to her workers. There's no patriarchy in the hive!"

Also read about: 40 Whimsical Quotes From Netflix's The School for Good and Evil to Use as Instagram Captions

For when your tenacity gets results:

"I know I'm stubborn, single-minded and obsessive. But those are all traits of great writers."

For when you have a secret you've only shared with a person or two:

"Breathe a word of this to anyone and I will end you."

For the pic of your thriving venus flytrap:

"My mother is a carnivorous plant aficionado. I assume I get my red thumb from her."

For when you don't know quite where you fit in:

"Too odd for the normies, not odd enough for the outcasts." 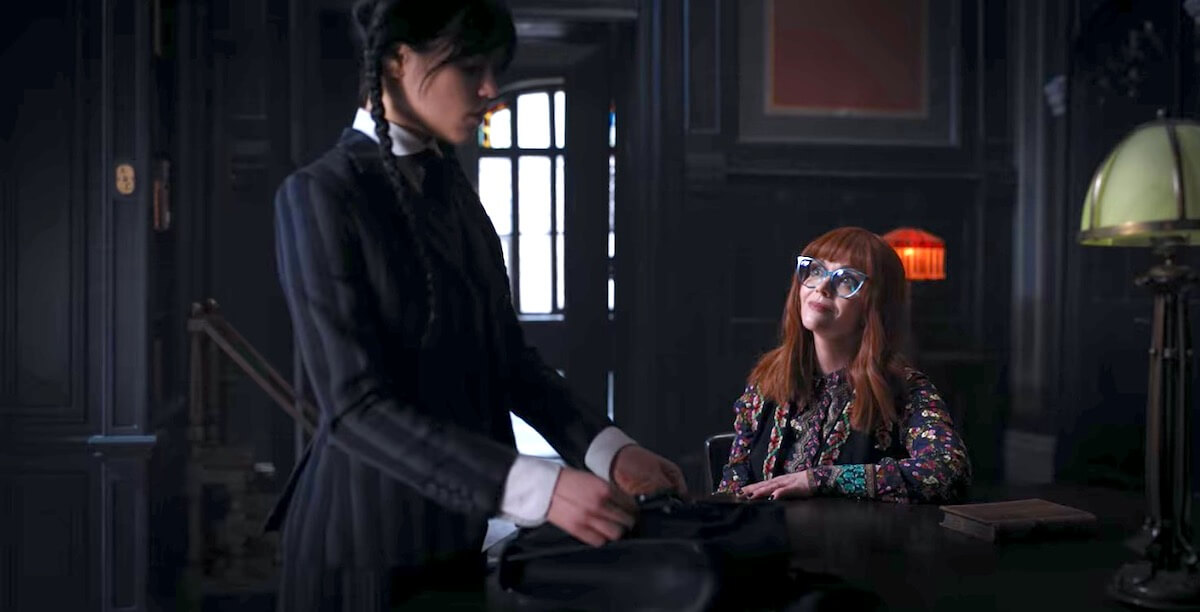 For embracing the darkness within yourself:

"The most interesting plants grow in the shade."

For when you're feeling superior:

For when Wednesday Addams is your inspiration for everything:

"I just asked myself, 'WWWD?' What Would Wednesday Do?"

For when having school spirit isn't as bad as you'd thought:

"You didn't tell me it was a dark, vengeful spirit."

For when too much attention is a bit overwhelming:

"People keep randomly smiling at me, it's unsettling."

"My mother and I are two different people/species/everything". 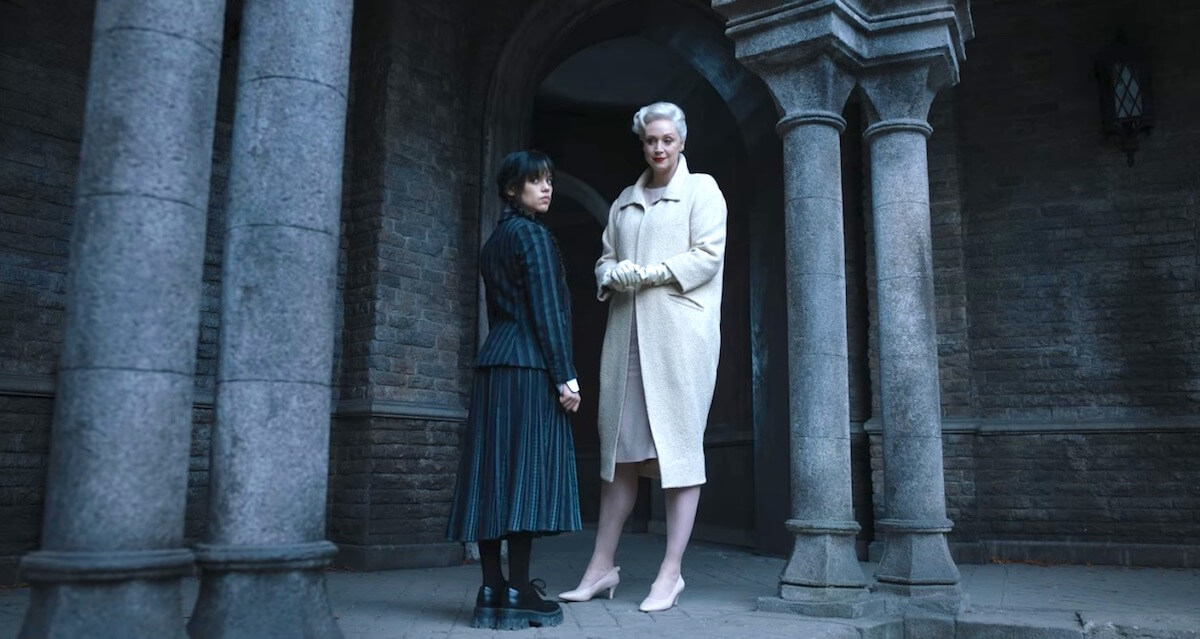 For when the secrets of the past bubble up to the surface:

"My grandmother once told me secrets are like zombies. They never truly die."

Also read about: The Best Creepy Quotes From Netflix's Wendell & Wild to Use as Your Next Instagram Captions

For ditching the party early:

"I deserted it while my sanity was still intact."

For when you won't stand for being patronized:

"Use the words 'little' and 'girl' to address me again and I can't guarantee your safety."

For when a lie spins way out of control:

"The cover-up is always worse than the crime." 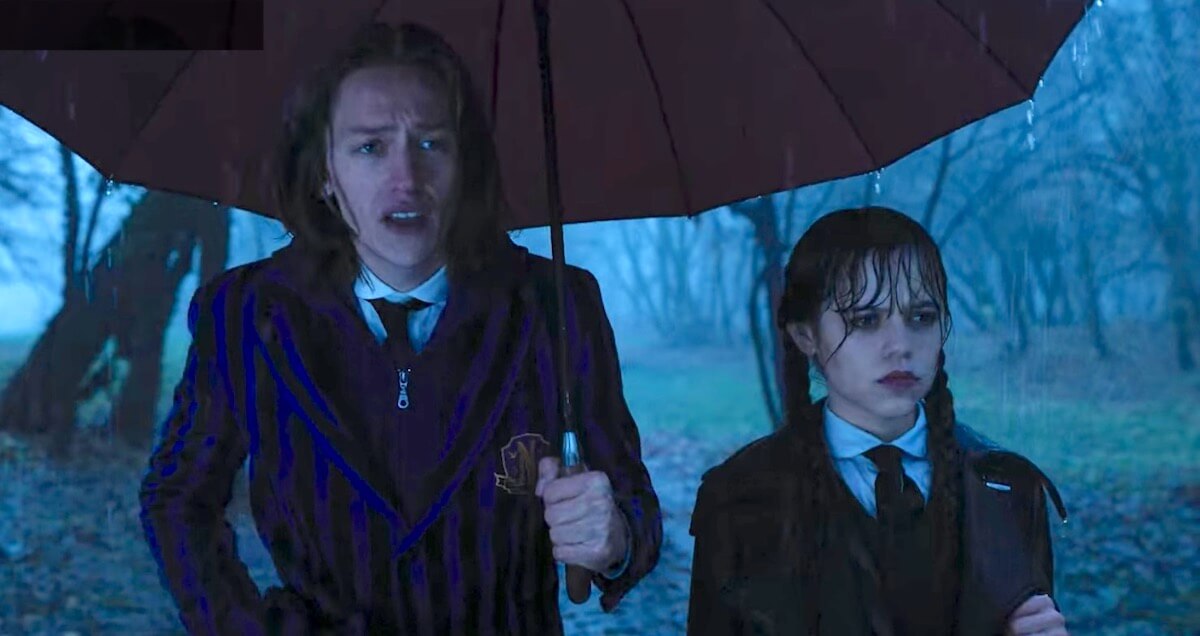 For when someone thinks they know more about you than you do:

"Are you mansplaining my power?"

For when your bestie starts dating someone new:

"If he breaks your heart, I'll nail-gun his."

For when all of the clues start coming together:

"To paraphrase Agatha Christie, one coincidence is just a coincidence, two are a clue and and three are proof."

For when you find your inspiration:

"I suppose every artist needs a muse."

For when you're forced to pivot to get what you want:

"Sometimes intentions melt in the face of unexpected opportunity."

For the TBT pic of your most embarrassing style disaster:

"That thing was a fashion emergency not even lightning could resuscitate." 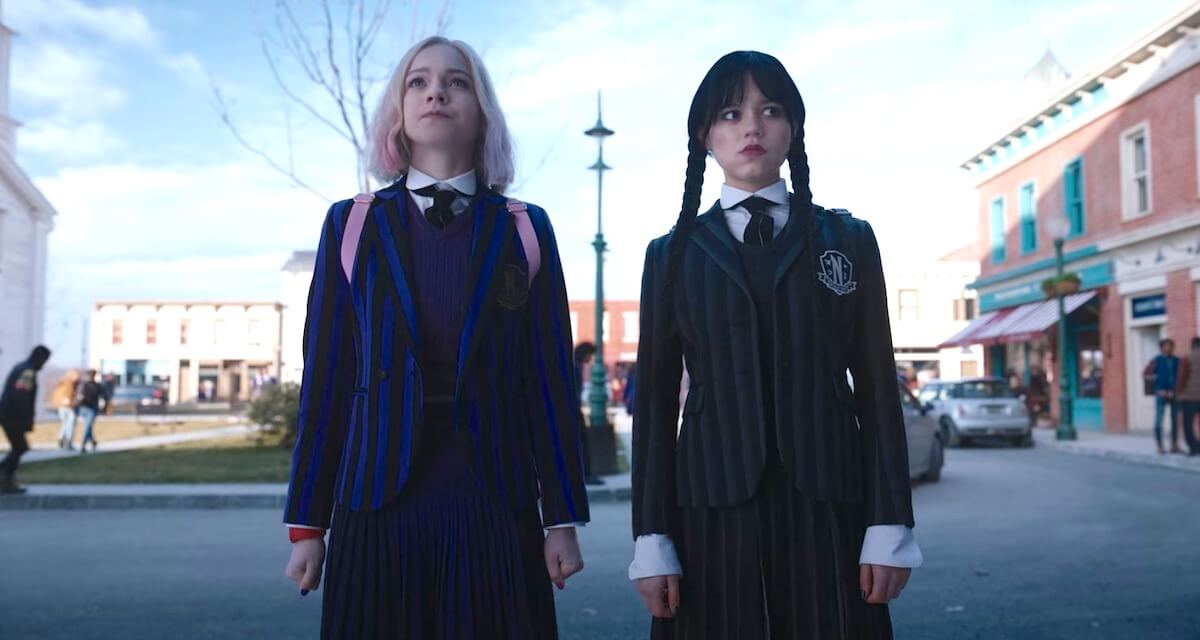 For showing off what you're doing instead of being at the school event:

"Listen, people like me and you, we're different. We're original thinkers, intrepid outliers in this vast cesspool of adolescence. We don't need these inane rites of passage to validate who we are."

For when your feet are killing you:

"Whoever invented high heels clearly had a side hustle as a torturer."

For loving on your grumpiest friend:

"How are you, my little rain cloud?" 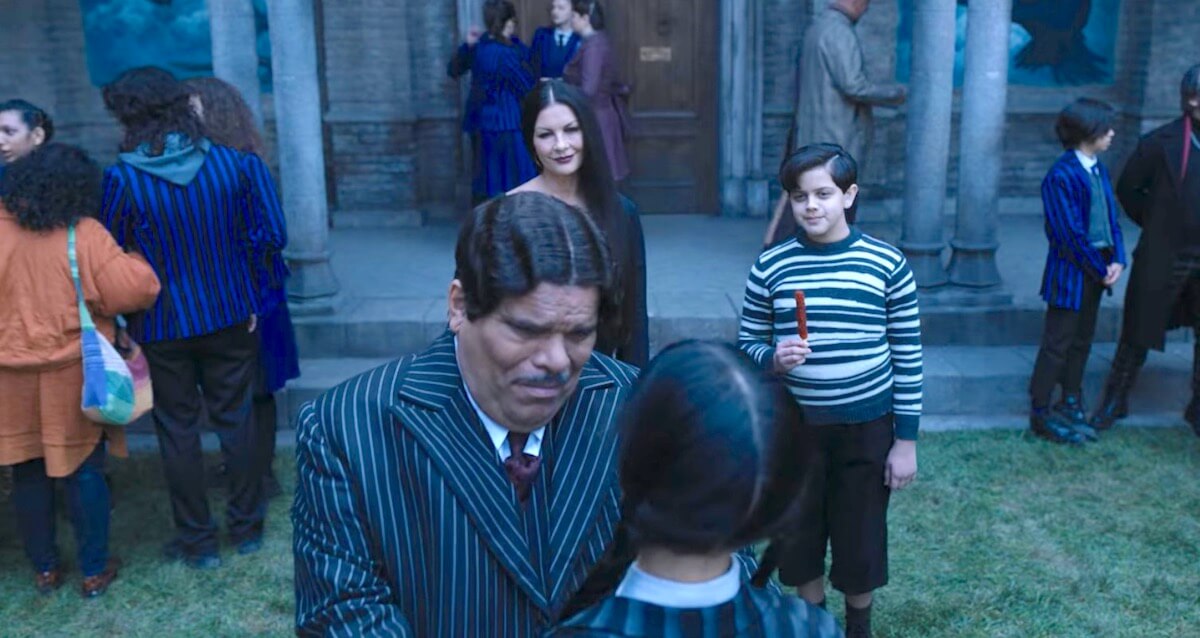 For falling back into old habits:

"A siren can never change her scales."

For celebrating the person who taught you to be you:

"The point is, you taught me how to be strong and independent. How to navigate myself in a world full of treachery and prejudice. You are the reason I understand how imperative it is that I never lose sight of myself."

For when you're tempting fate with the ouija board:

"In case you're wondering, I don't hold séances very often. I can barely tolerate the living. Why would I want to commune with the dead?"

For wishing someone a tongue-in-cheek Sweet 16:

"May your 16th be as sour and misery-filled as your desire."

For when you're not keen on birthday celebrations:

For when you refuse to forgive or forget:

"I don't bury hatchets. I sharpen them."

For when you do something a little bit evil:

"No man chooses evil because it is evil. He only mistakes it for happiness, the good he seeks."

For the selfie with your slightly spooky BFF:

"I know she gives off serial killer vibes, but she's just shy."

Also read about: These Incredible Items Make Perfect Gifts for Every The Addams Family Fan

For when your favorite true crime podcast is getting juicy:

"I know I'm close to the truth. I have all the pieces of the jigsaw. I just need to slot them into place."

For when life starts imitating what you've been writing:

"My novel started out as a twisted fiction, but somehow reality has turned it into my own personal looking glass."

For those times you just need to be left alone:

For letting your friends know you appreciate them and don't know how they tolerate you:

"For some reason I cannot fathom or indulge, you seem to like me."

For when your lone wolf thing isn't panning out:

"Being a solo lobo has its perks. You get to live by your own rules, do whatever you want. Just look at me." 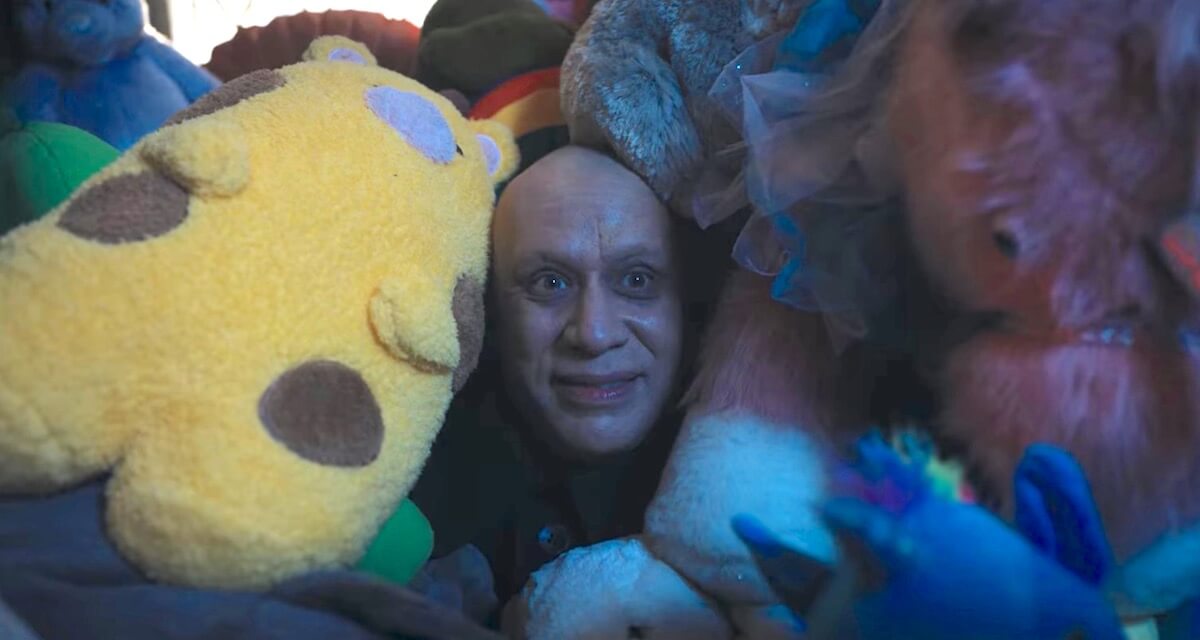 For making excuses about why you're not with the people who care about you:

"Friends are a liability and can be exploited. That makes them weaknesses."

For when you're definitely not ready to date: 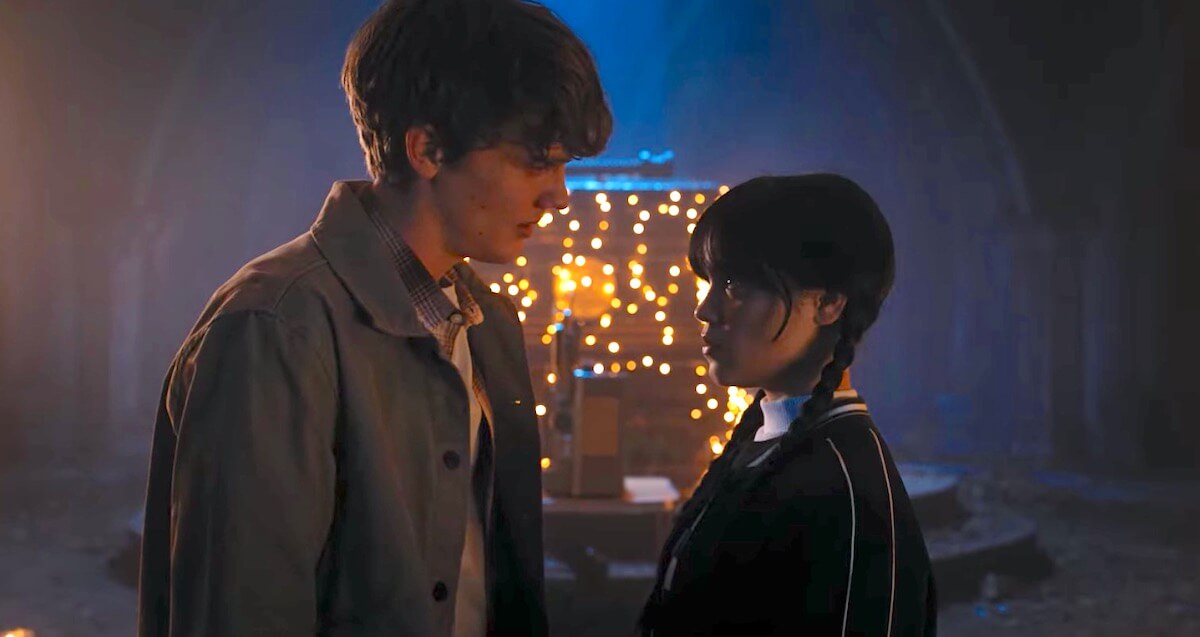 For the bright and colorful friend you'll never forget:

"Anytime I grow nauseous at the sight of a rainbow or hear a pop song that makes my ears bleed, I'll think of you."

For when the weather where you live isn't the sunniest:

"I can pretty much guarantee fog and drizzle every day." 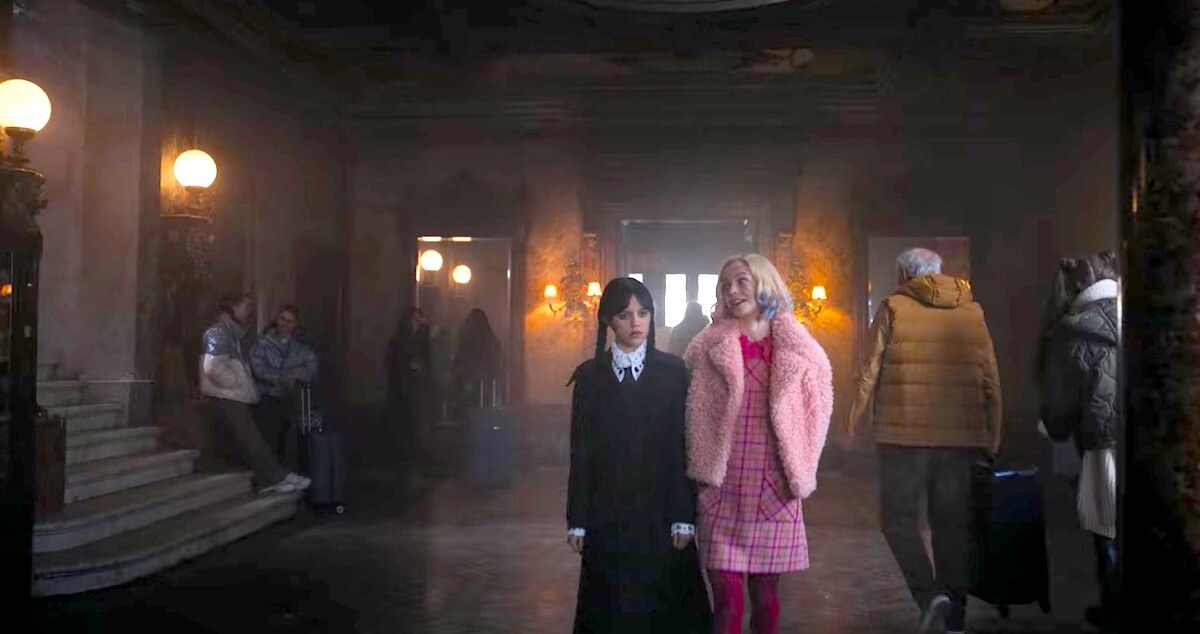 For the pic with the friend who always gets you into trouble:

"Being your friend should come with a warning label."

To learn even more about the show, click HERE to read our interview with Emma Myers, who played Enid in Wednesday.