My Graduation Speech Was Rejected, But I Don't Regret Writing It

My senior year of high school was coming to a close, which meant many of my friends and classmates were preparing speeches and songs to audition for our graduation ceremony.

My sights weren't set on speaking, and I certainly wasn't going to sing anything—mainly because it just meant more work on top of my AP classes and extracurriculars. Besides, I already had an acute case of Senioritis, so I wasn't about to do more work than I needed to.

But that sentiment changed when my drama teacher approached me and two of my best friends about writing a joint speech for the ceremony. As he was on the graduation committee, he was one of the admin who voted on these performances.

He confided that he felt like many of the speeches were on the boring side. Being known jokesters in his class, he thought we could liven up the ceremony.

After a little deliberation, we decided it wouldn't hurt to take on the task. Already having one teacher's approval, we expected that our hard work would pay off.

Keep reading to find out how we were totally wrong:

The three of us decided to meet after school to get started on the speech. We came into the audition game late, and most of the slots had already been filled, so we had to work fast. 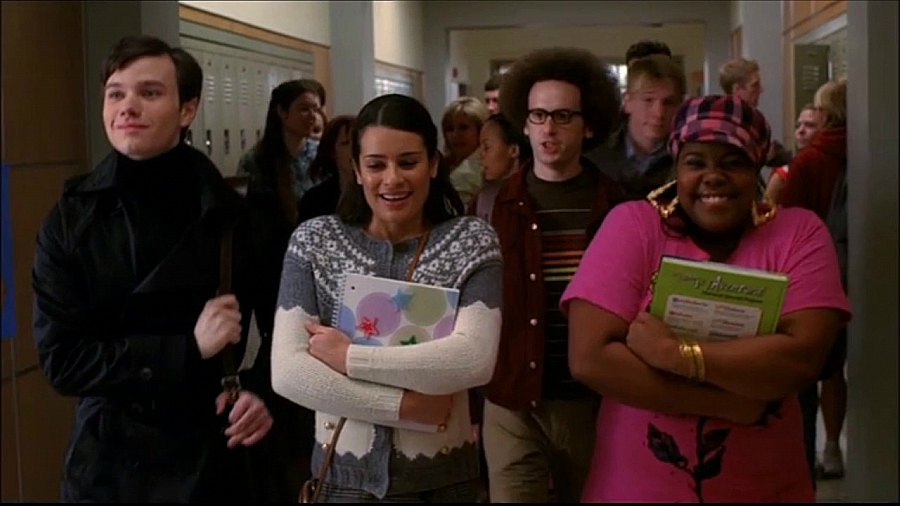 We knew we were going for a humorous speech, since that's how the assignment was presented to us. Right away we came up with a concept based on something we joked about before.

Our class was, to put it nicely, rebellious. Through the years teachers came to understand that we were a rowdy graduating class and that the typical rules couldn't apply to us. In less nice terms, many teachers thought of us as troublemakers who couldn't be taught.

Because of this reputation, we went with the joke, "Nobody told the bee." Bees' bodies are aerodynamically unsuitable for flight… and yet they do it anyway. With that metaphor in mind, we made light of our reputation by repeatedly stating, Nobody told the bee (or us) that we couldn't fly, but we did it anyway. The final message was that although we've had our difficulties, we're all here, on graduation day, succeeding.

We thought this idea was cute and relatable to our class as a whole. We didn't want to only speak to the more involved members of our class, but to the detention kings and anti-spirited students alike.

After co-writing the entire speech (which was a struggle in itself) and then divvying up the speaking parts (which was an entirely different struggle) we were finished. The next day we presented our groundbreaking, funny and animated speech for the principal and two other teachers.

We were all a little nervous (whether or not it's for a disciplinary reason, being in the principal's office is nerve-racking!), but in the back of our minds was the knowledge that we had a teacher on our side. Once we started, presenting our words to the head honcho of our school was actually kinda thrilling. I suddenly felt more important and valuable to my graduating class. Like I suddenly wasn't just one small fish in the ocean of school. 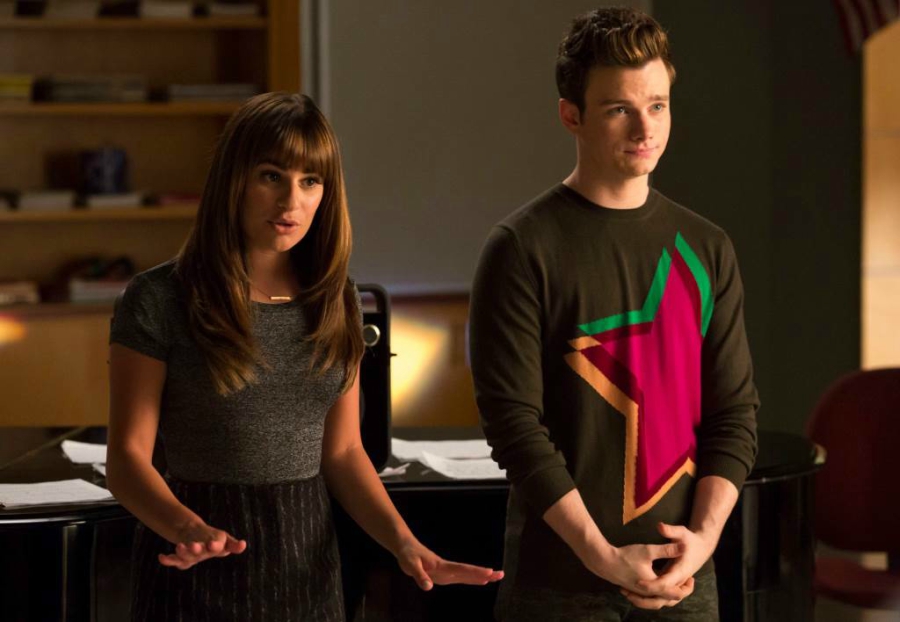 Being drama students, we definitely played up the performance to ensure that our jokes landed. We may have cracked ourselves up, but as it turned out, people didn't find it quite as funny.

Despite the rejection, our teacher again fought for us and insisted that we do a little rewriting and bring it in again the next day. Cue more struggling…

In a moment that can only be described as deja vu, we again read our piece and were, unfortunately, denied a spot in the ceremony for a second time.

They claimed there was no more room in the lineup, but we think they were offended by our lighthearted remarks about the students and teachers.

Although we weren't too thrilled in the beginning, we came to truly love our speech and the message that it carried (like pollen to all the flowers in the audience—stop with the metaphors already!).

While we were definitely bummed and a little salty on graduation day when various less funny, yet much more cheesy speeches projected over the sound system, none of us regretted the experience because of everything we learned along the way. It may have just been three days of our lives, but the process taught us a lot. 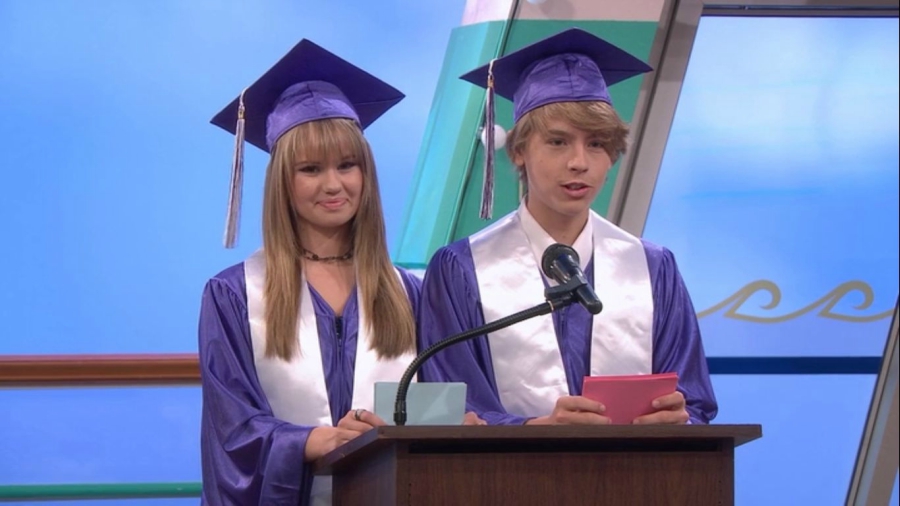 Despite being best friends, the writing process definitely challenged our typically amicable relationship. Jealousy absolutely reared it's ugly head as, "She has more speaking parts," and "He has all of the funny lines" started to spout out of our mouths. While none of us really wanted to do the speech in the first place, we certainly wanted to take most credit once the task was assigned. We were bickering like siblings.

But just like siblings, this animosity subsided. And in the end we'd all grown a little closer to each other.

It also felt refreshing to gain the courage to attempt such a monumental feat. A major reason I didn't want to audition for the ceremony was because I didn't think I'd be picked. Why would I be selected over more involved seniors, including student council members, football stars or the highest academic achievers?

Trying out for something that I wasn't sure I'd obtain was invigorating and it definitely revitalized my senior year which had become sleepy and lethargic. I became so focused on graduating that I forgot to enjoy my last few months surrounded by the people I'd known forever.

To this day, my friends and I still randomly exclaim to each other, "Nobody told the bee!" It's become our inside joke, as well as a fond way to remember our graduating class, which had a less fond hold on our teachers.

Despite losing out on the opportunity and experiencing a rather mellow and, dare I say, boring graduation ceremony, I never regretted the experience. Not once. 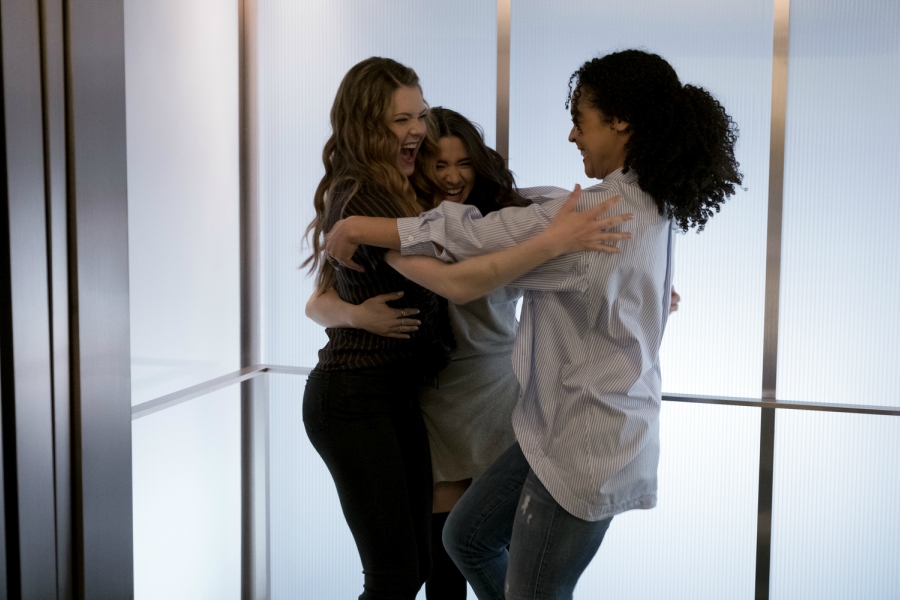 If you have a mad case of Senioritis, click HERE for all the truths you'll relate to if you're in your final semester of high school.