OMEGA X Dishes on Their Debut Album 낙서(樂서): Story Written in Music and Love for ForX

Earlier this summer, OMEGA X released their debut album, 낙서(樂서): Story Written in Music, marking one of our favorite first albums to ever come out of K-pop.

We've been following the band since they debuted in 2021 and dropped their first mini-album, VAMOS, and the fact that they've accomplished so much in just a year shows how hard-working, dedicated and talented their 11 members truly are. We had the honor of getting to chat with the band all about their journey, the new album and their love for their fanbase, ForX, in the interview below. 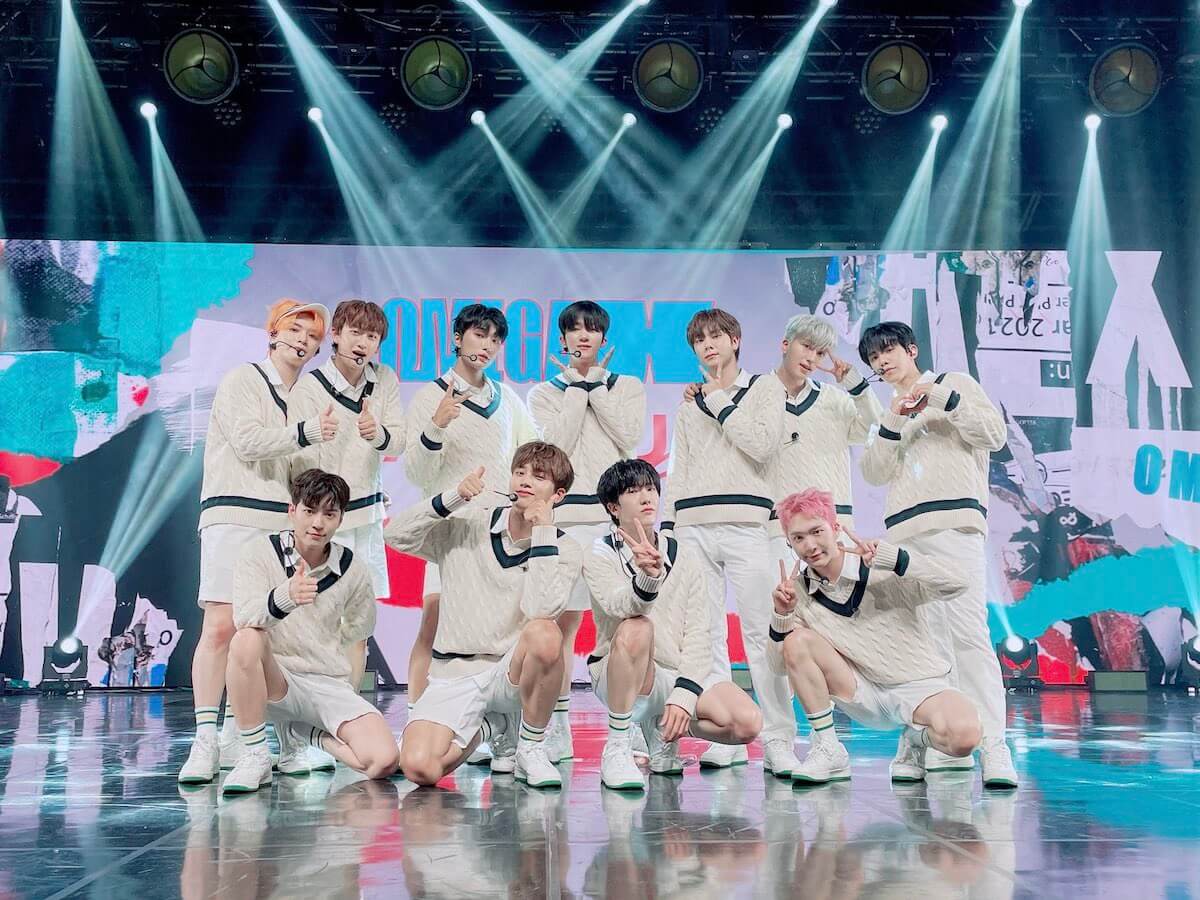 Sweety High: What does the album name 낙서(樂서): Story Written in Music mean to you?

Jaehan: Story Written in Music is an album that tells our stories through music. It contains many stories, emotions and genres, which makes the album name even more appropriate.

Sebin: I think it means that we should never forget our color, and that what we imagine comes true.

Hangyeom: It is a very meaningful album because it tells our story through music, and we have put all our heart into each song.

Taedong: It is our first studio album and the songs really tell who we are. So I would really love it if the music reaches as many listeners as possible. 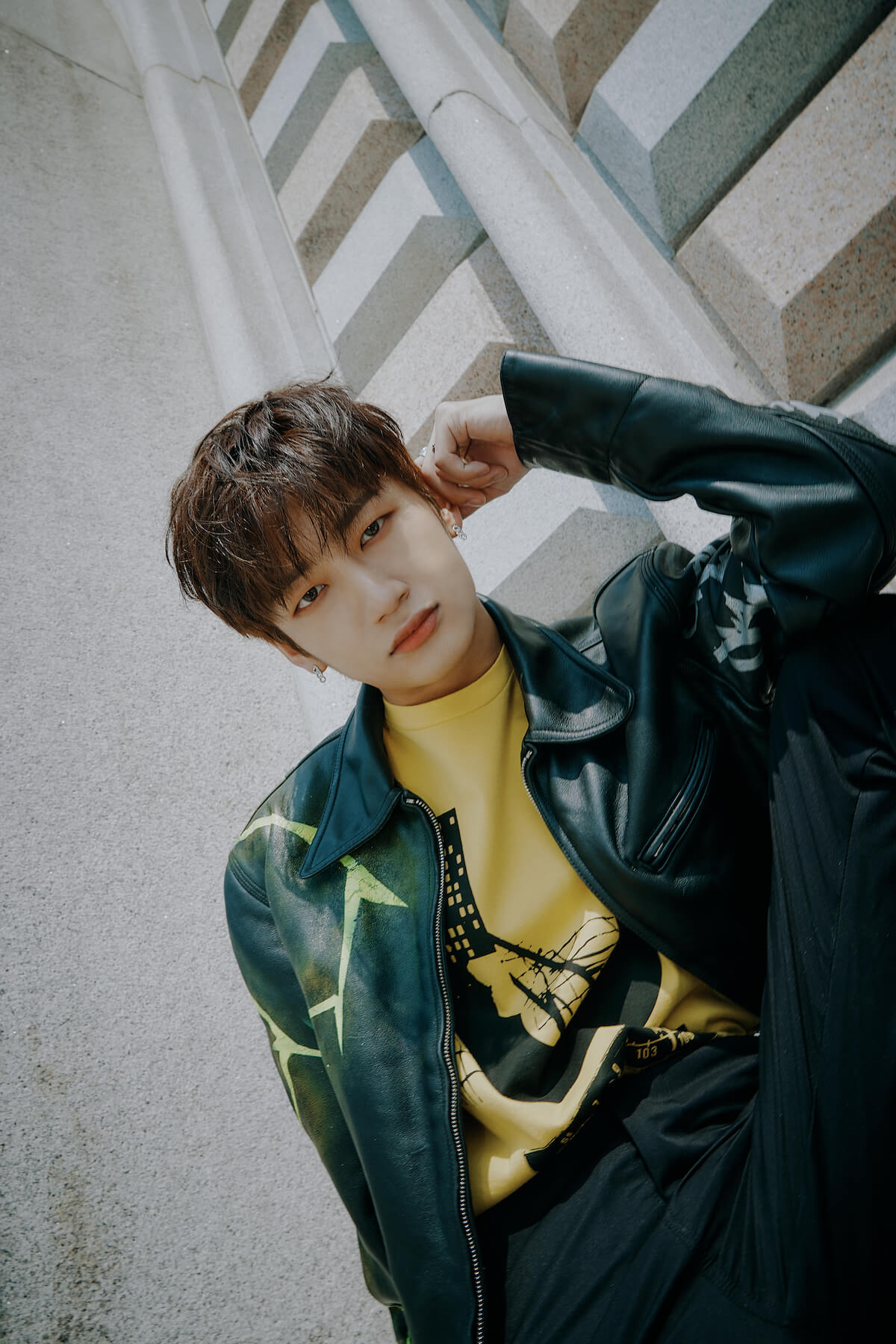 Xen: This album contains our thoughts, concerns and emotions that I'd like to share with the world.

Jehyun: This album is like a new beginning for us.

Kevin: This album is like stories written by combining our thoughts and music.

Junghoon: This is my first-ever studio album released into the world as a member of OMEGA X and also as a person. I was very deliberate in the process, and now it makes me very sentimental. This is the first big step that I take as a K-pop artist.

Hyuk: This album comfortably talks about the type of music that we want to pursue.

Yechan: This album delivers our thoughts to the listeners through music, so it is very honest and at the same time very meaningful. I'm really proud of ourselves. 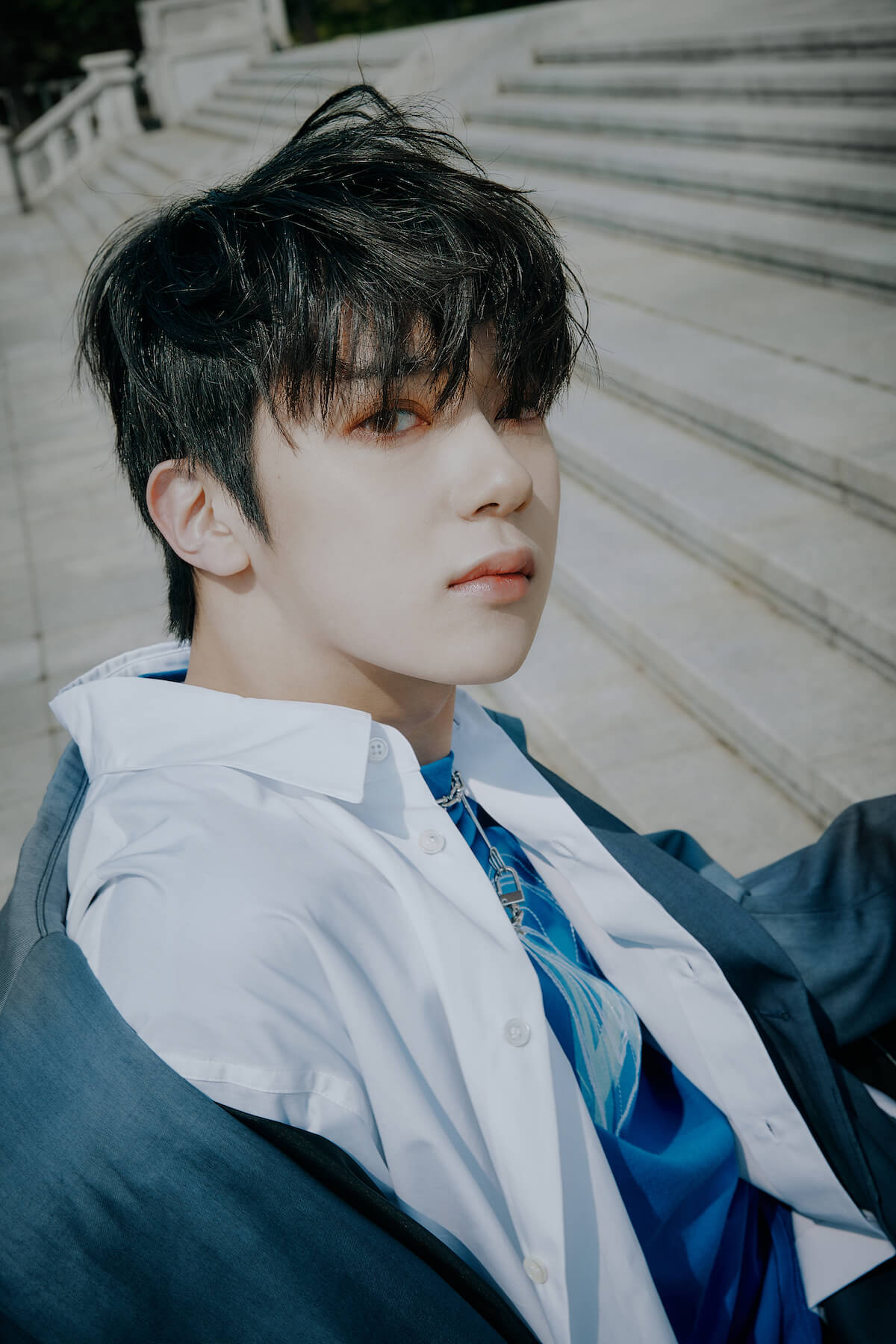 Also read about: AB6IX Shares Their Favorite Experiences With ABNEW

SH: What do you feel are the overarching themes of the album? What kind of vibe do you hope fans take away from it?

Hangyeom: I hope they take away a variety of vibes from our music— grandeur, refreshing, exciting, emotional and all others.

Xen: There are many different genres in the album, so I'd like the fans to enjoy the song according to its own vibe.

Hyuk: I hope they feel happy and bright! Though there are more upbeat songs in the album, there is also sad music as well, so do enjoy listening to them. 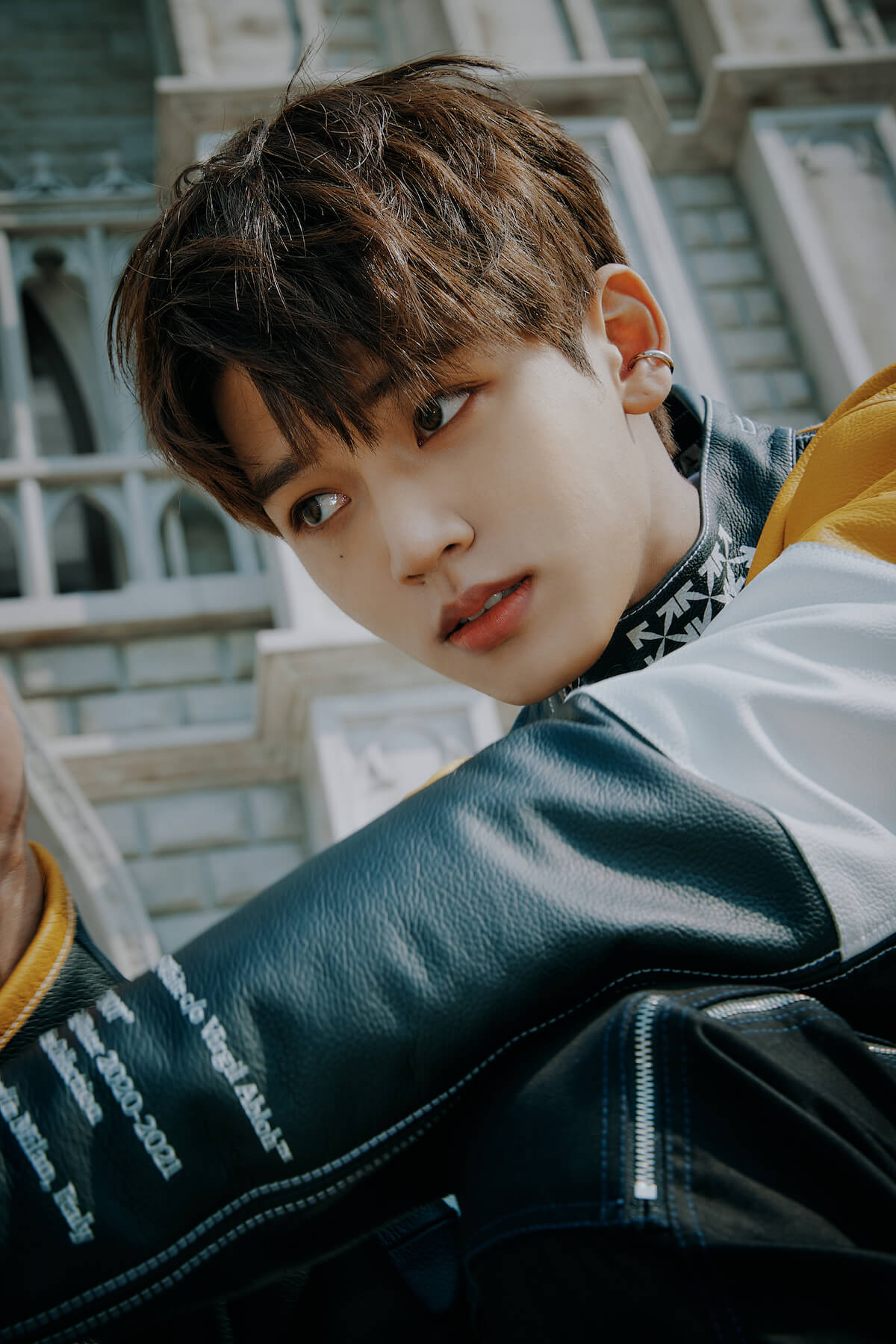 Yechan: There are such a variety of genres in the album, so the fans will have fun picking out which ones to listen to. The songs are in different styles—upbeat, exciting, balladic and hip-hop—all of which are produced with sincerity. For instance, "BINARY STAR" refers to us and the fans as a part of the binary star system, and "AIRPLANE" predicts what the future of OMEGA X will be like.

SH: How does "PLAY DUMB" fit into the story of 낙서(樂서): Story Written in Music?

Jaehan: As this album contains a very diverse spectrum of songs, we really wanted to show that we too can pull off a refreshing concept.

Hwichan: The song is about friends hanging out after school. 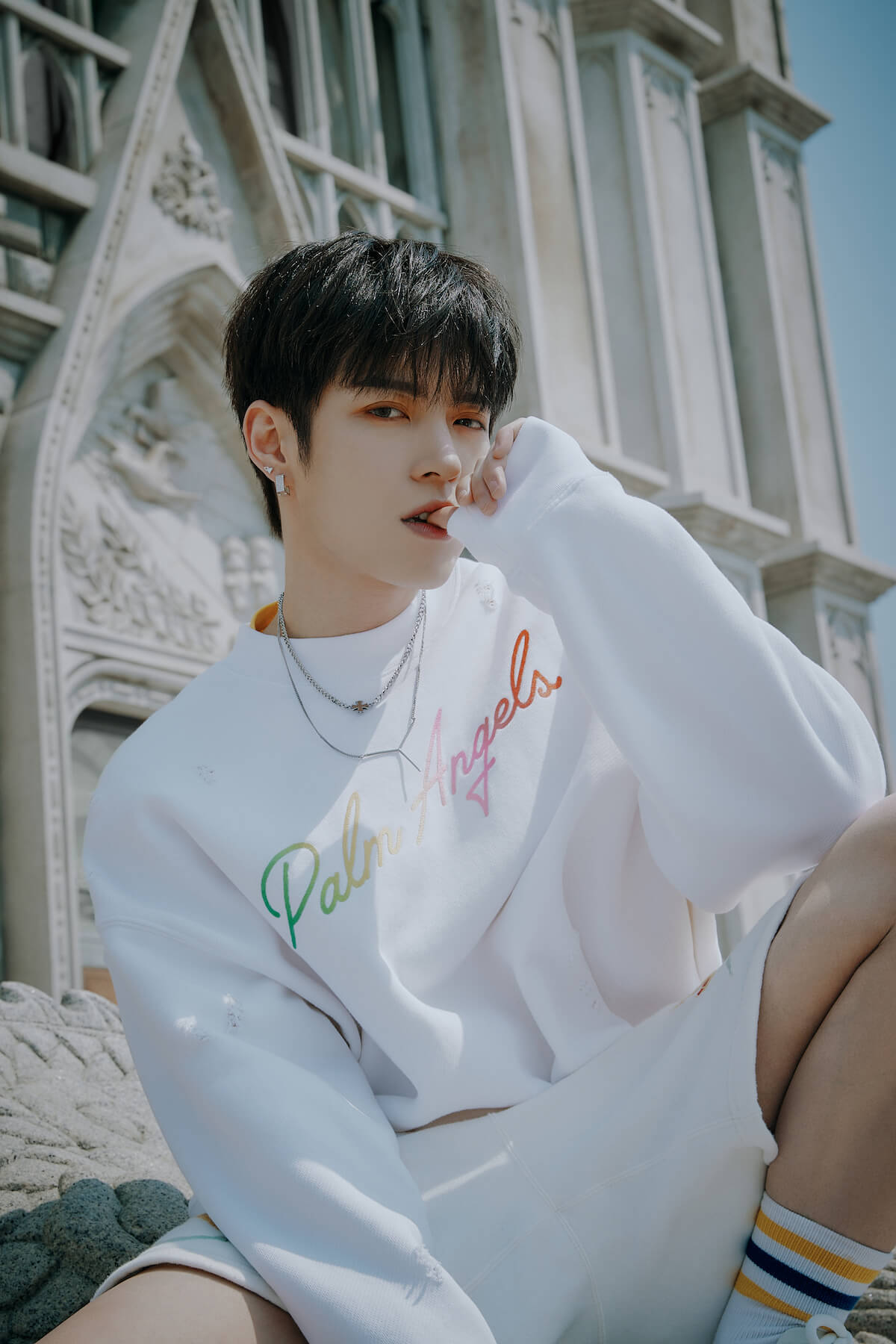 Kevin:I think any of the tracks would have gone well with the album, but a bright-themed song really does fit in with the concept of a story because a story makes me think of bright-colored images.

Junghoon The theme of this album is stories and each unique feature of the member is expressed into diverse genres and songs, so I think "PLAY DUMB" really does its job as the title of this album because it is a refreshing concept that we have never done before.

SH: Do you feel like this album tells your story as OMEGA X?

Sebin: Yes, I really do. I think we all grew a lot through this album.

Jehyun: I would love to continue telling our story not only through this album, but also through future albums to come. 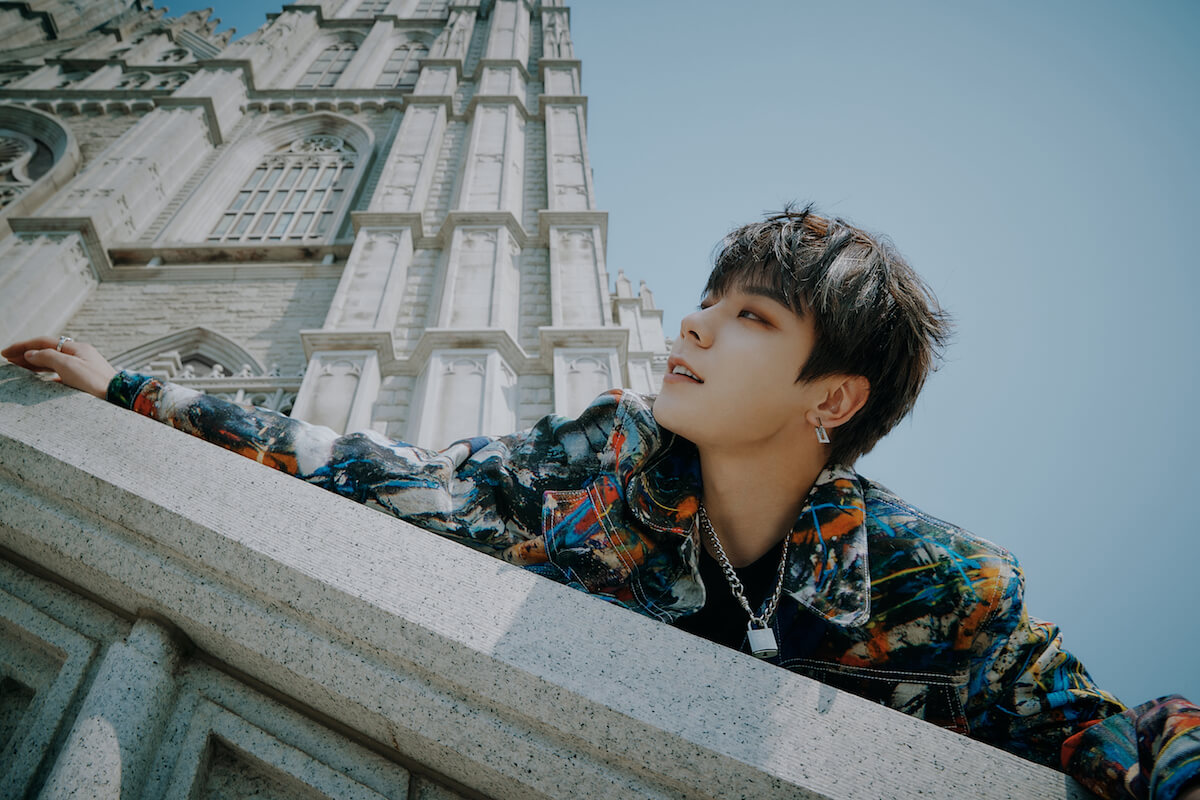 Taedong: Many of the members participated in composing and writing lyrics and we tried to be conscious of every word of the lyrics while recording the songs. So yes, I do think this album really tell our story as OMEGA X.

SH: What are each of your favorite songs on the album? Why?

Jaehan: It's "AIRPLANE," a song that Hangyeom, Yechan and I participated in the songwriting process for. I chose this song as my favorite because I really want to perform it on stage.

Sebin: My favorite is "DRYFLOWER" as my part in the song has been recorded very well. 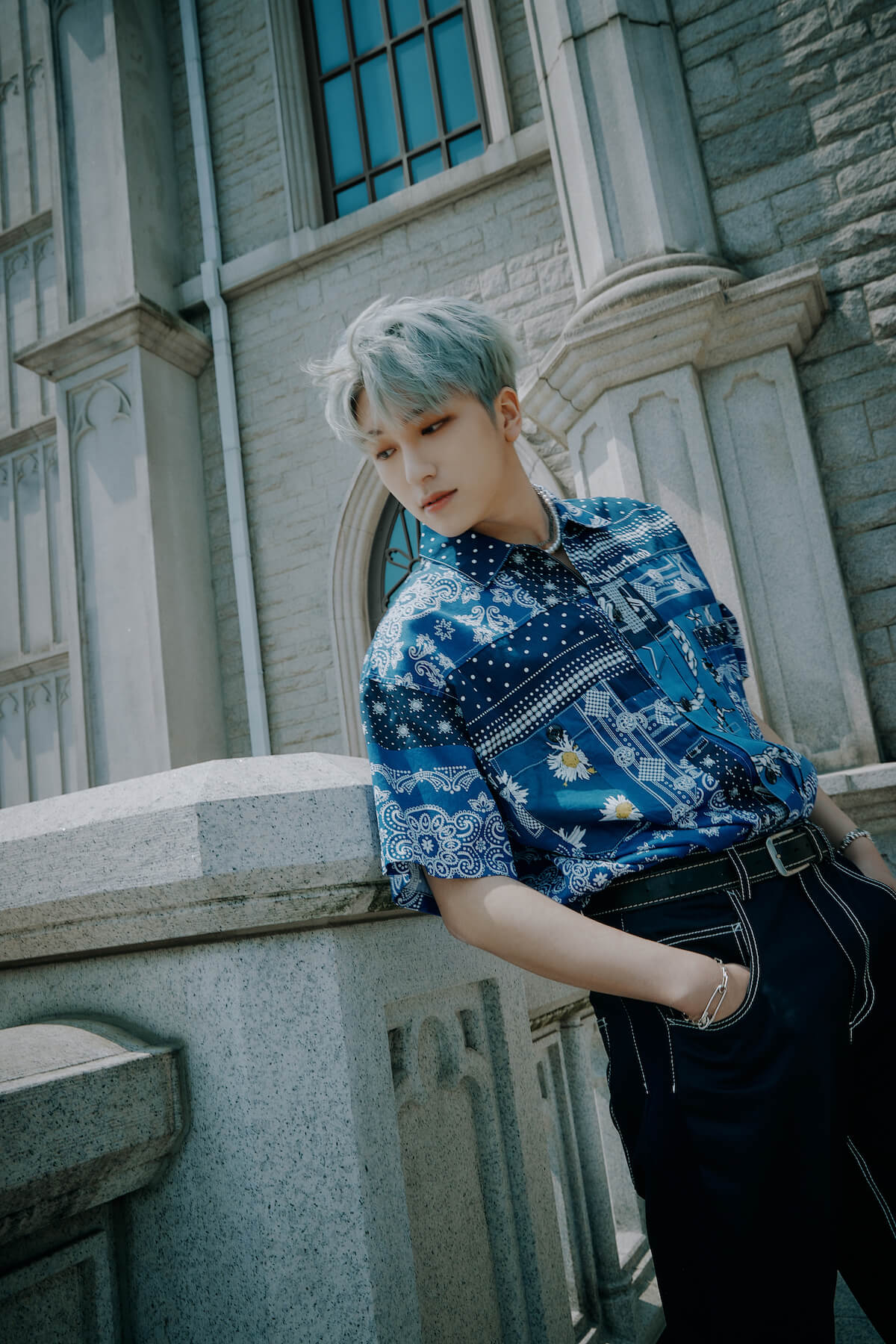 Hangyeom: It's "LOVE." The lyrics make it more touching, maybe because I wrote it.

Taedong: My favorite is "FOR BABY." The song is meaningful as the lyrics are written by our fans.

Xen: "CONTROL" is my favorite, because I wrote the song, and above all, the song expresses feelings about love. I hope you enjoy it!

Jehyun: My favorite song is "DON'T." It is the first song that I participated in writing lyrics.

Kevin: I love "PLAY DUMB" because the lyrics to the song gives me courage and hope to live through life.

Junghoon: "CONTROL" because it is a genre that I personally like, and I love its melody. 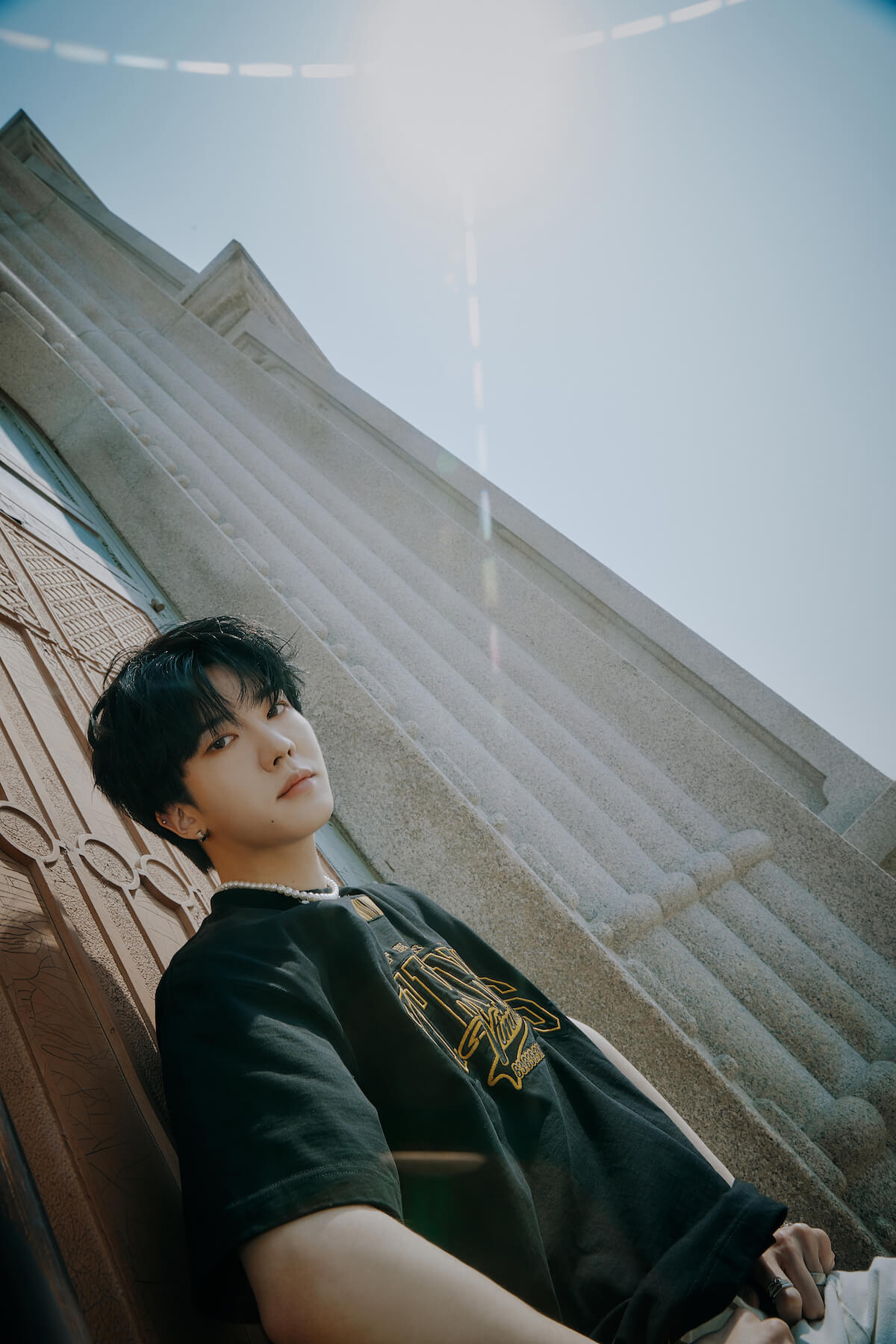 Hyuk: My favorite is "TAKE'EM ALL" because the song is very upbeat and cool!

Yechan: It's "AIRPLANE." The inspiration for the song came out of nowhere, and I wrote the verse and the bridge of the song instantly. It was a fascinating experience.

SH: How has it felt to finally release your very first album?

Jaehan: We put a lot of effort into it as this is our very first studio album, and I am really proud of its quality. I'd really like as many people to listen to what we have to say. 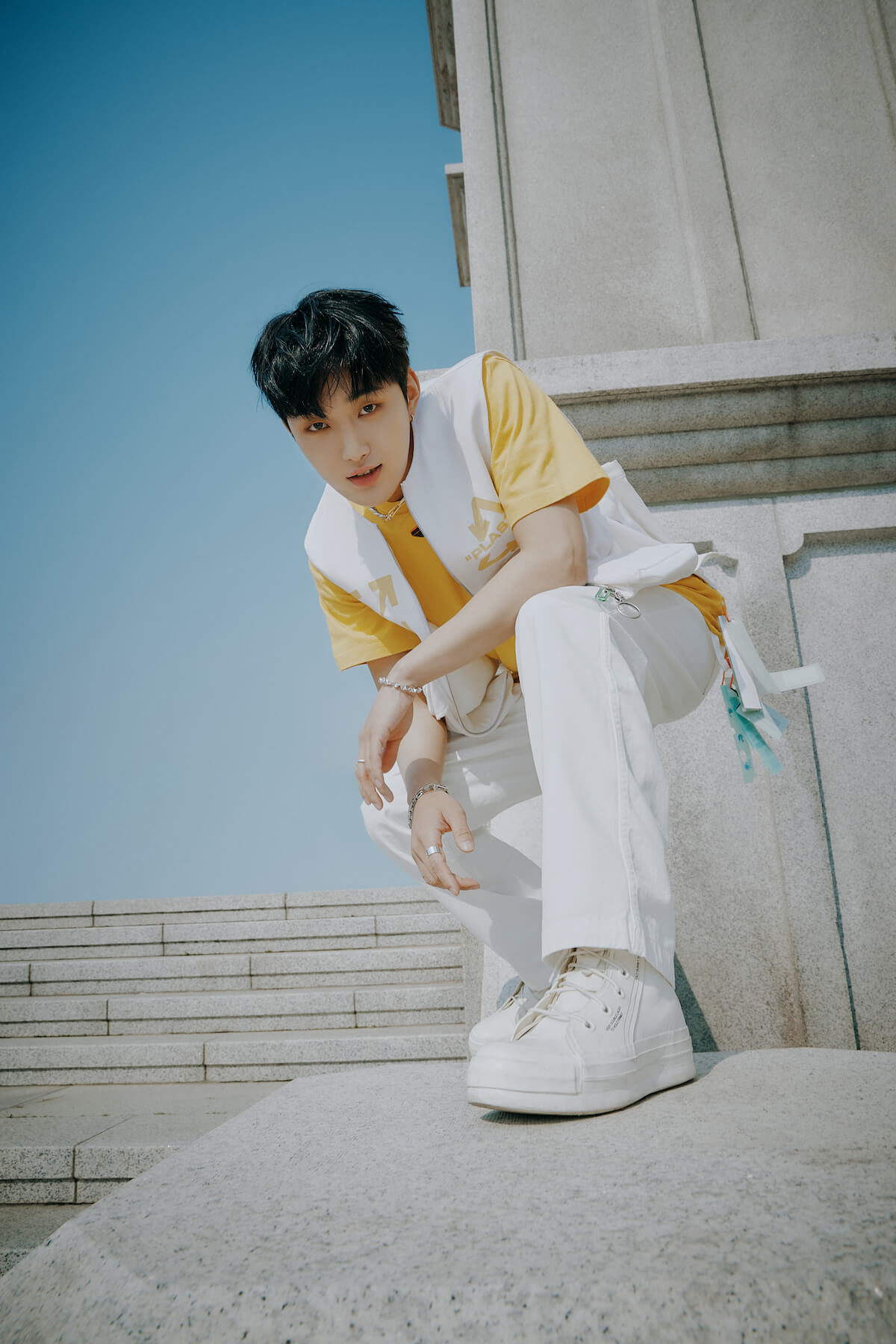 Hwichan: I can't believe it. I love it!

Sebin: The first album is the most important for all artists, and I think we've done a very good job at it!

Hangyeom: This was our first time recording for the studio album, and it seems like we all grew so much during the process. We will continue to give our best. 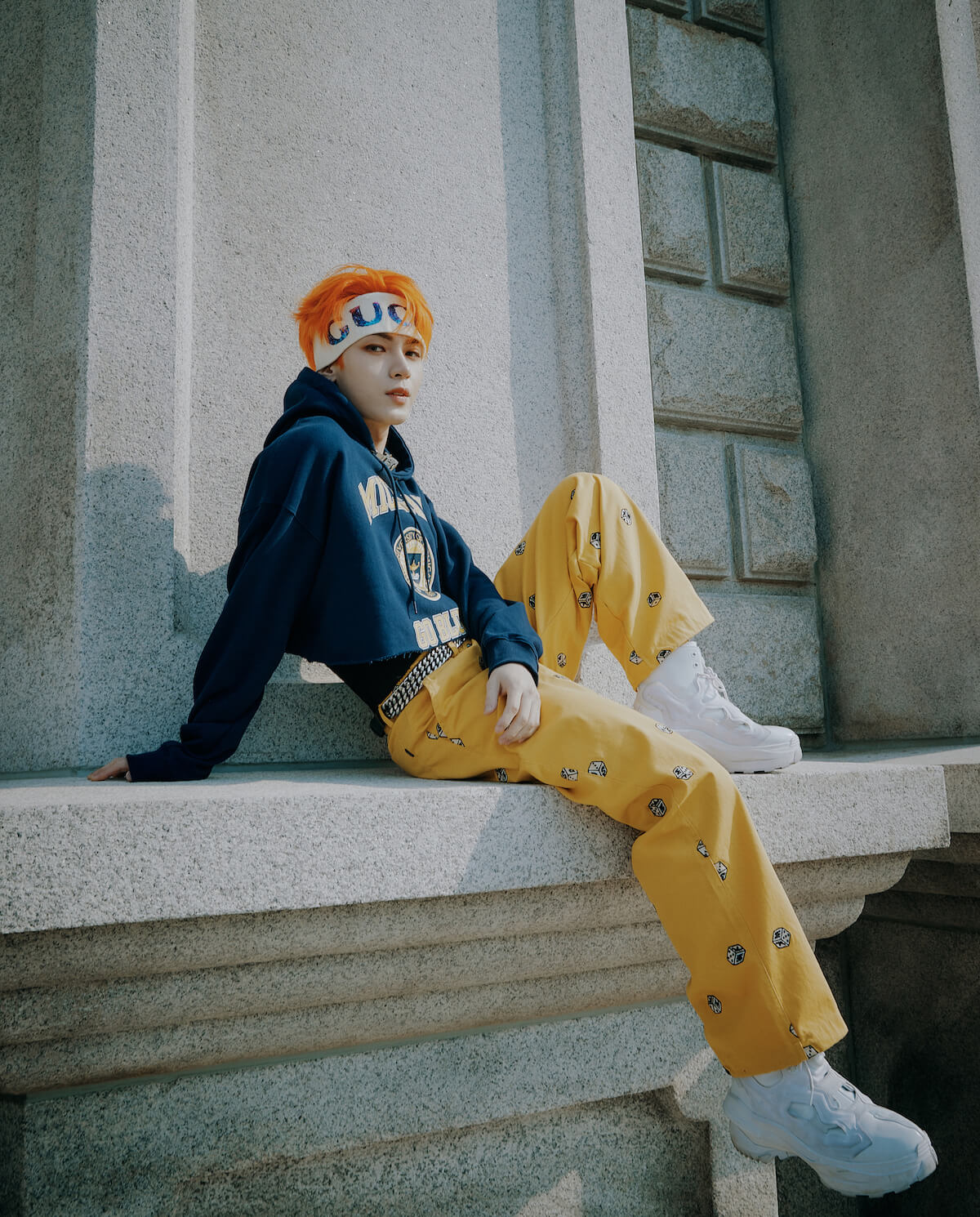 Taedong: I'm very excited for the release of this album, and I'm thrilled to share it with everyone.

Xen:  I'm delighted for the release of the album, but what makes me more excited is that we have a new goal to achieve, to make better music than what's in this first album.

Jehyun: It is significant that we are able to release a studio album within a year after our debut. I'm glad that we can show diverse aspects of the group.

Kevin: I didn't expect our first studio album to come out so soon. While I was burdened by it, at the same time I'm also very proud. It feels like we overcame a very big hurdle.

Junghoon: This is my first-ever studio album released into the world as a member of OMEGA X and also as a person. I was very deliberate in the process, and now it makes me very sentimental.

Hyuk: We have released several mini-albums within a year, and now a first studio album. I'm glad that we are able to fill the playlist of the fans with our new songs. This is only the beginning, and we will continue to work hard to bring out more music into the world.

Yechan: The production of the album was actually quite arduous, but it feels rewarding. I'd love to make many more songs in the future.

Jaehan: We will always make our fans happy. Thank you to all ForXs!

Hwichan: Please give us all your love and support.

Sebin: OMEGA X will always do our best. Thank you!

Hangyeom: To all our fans, thank you for letting me do what I love. I will continue to present you with the best music and the best performance. Thank you.

Taedong: OMEGA X is a hard-working group overflowing with many different charms. Give us your love and support, and you won't regret it! Also to all our ForXs—thank you for standing by us all this way, and stay with us until the end.

Xen: Our fans are so cute! 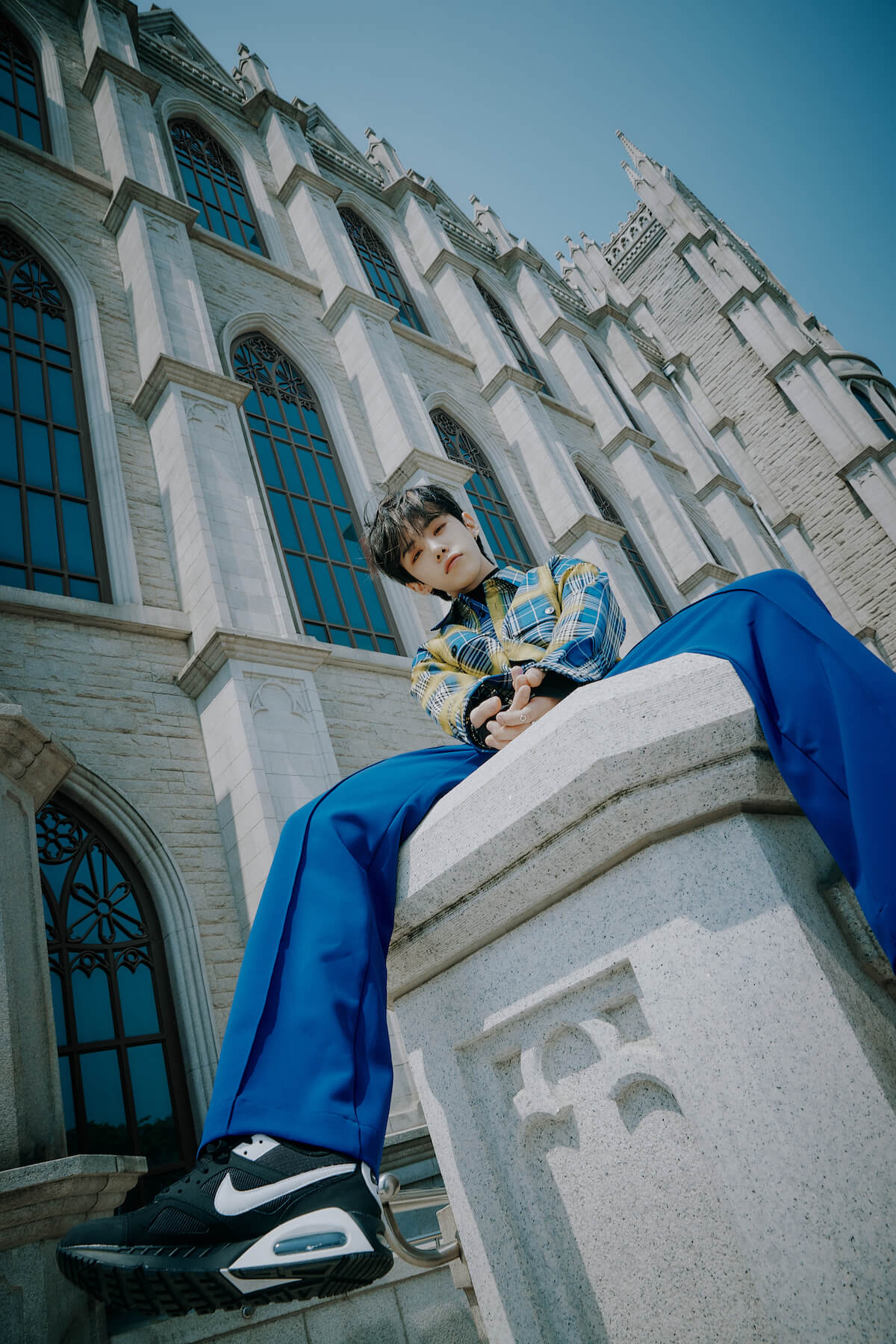 Kevin: Thank you for the interview. 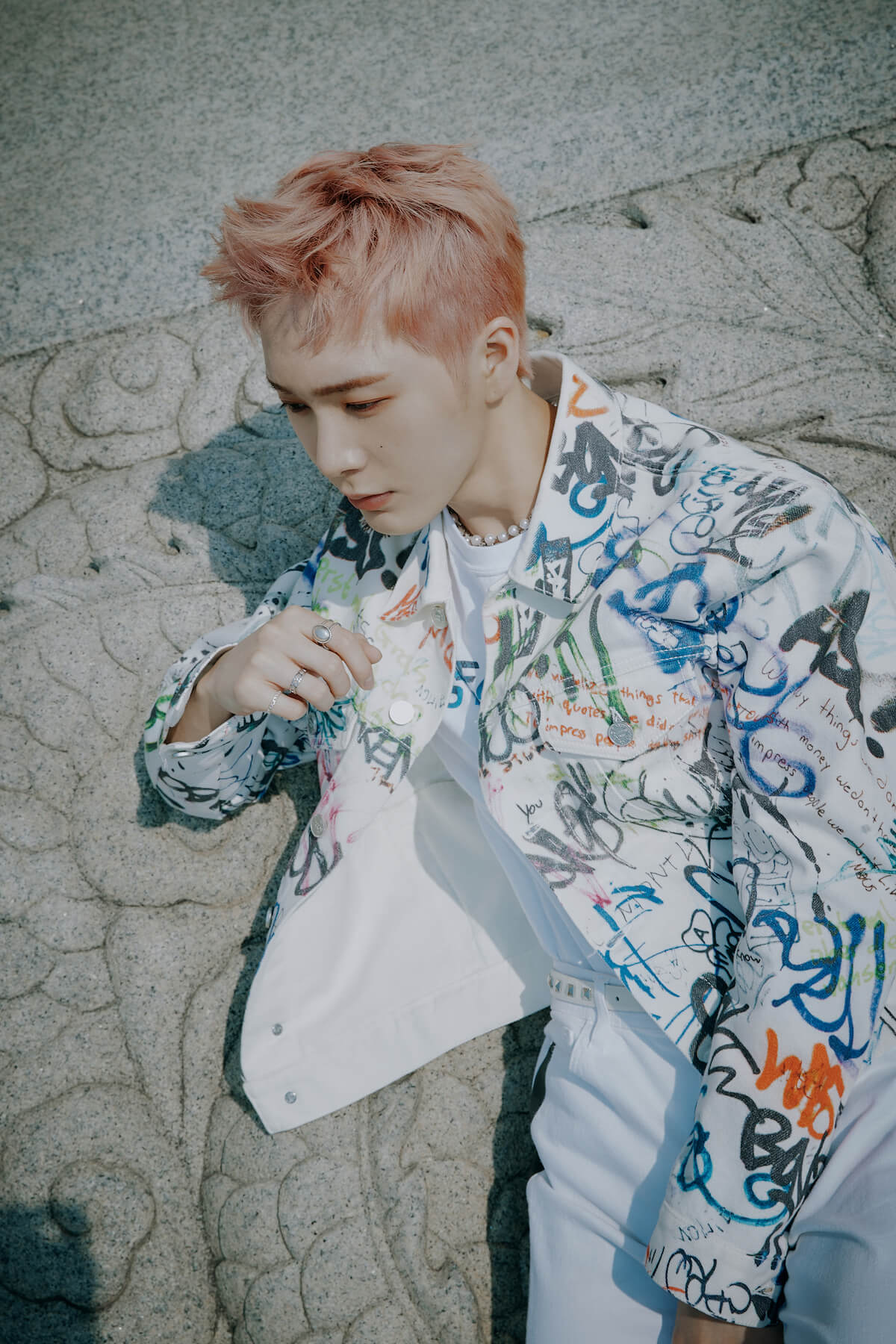 Junghoon: Just like this, always be our side. I love you ForXs ❤

Hyuk:  I really want to see all our fans right now, but just wait a little! 💕

Yechan: OMEGA X will be there for all the fans around the world to perform. I love you! 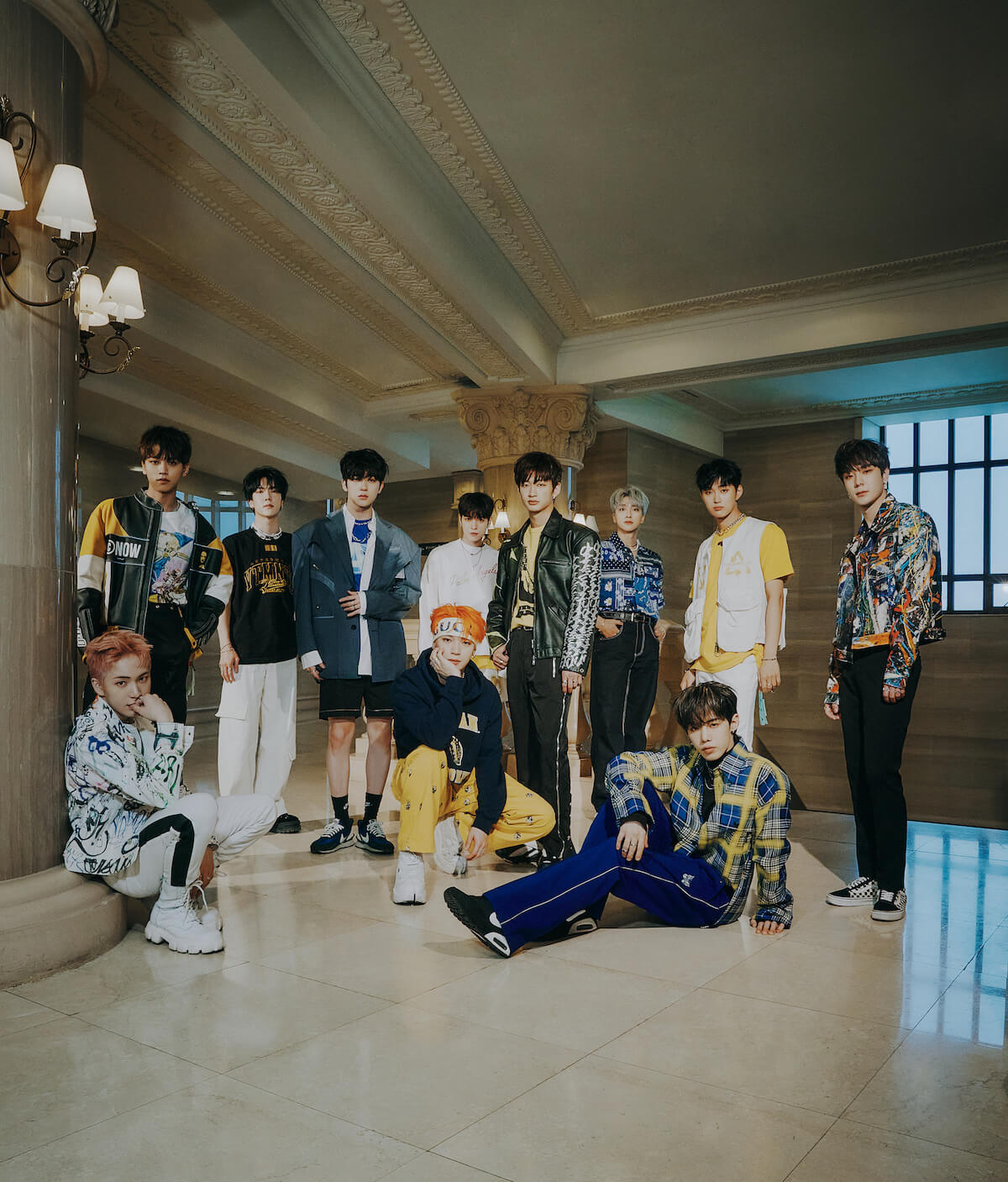 For more from the band, click HERE to read our interview with them on their Love Me Like EP.