Disney Princesses and Snapchat are not so surprisingly two of our fave things on this earth. But put them together, and hello✨magic✨! It may not actually be possible for a Disney Princess to send us a snap or a selfie, but hey, we totally have a pretty good idea of what their snaps would look like IF they could. 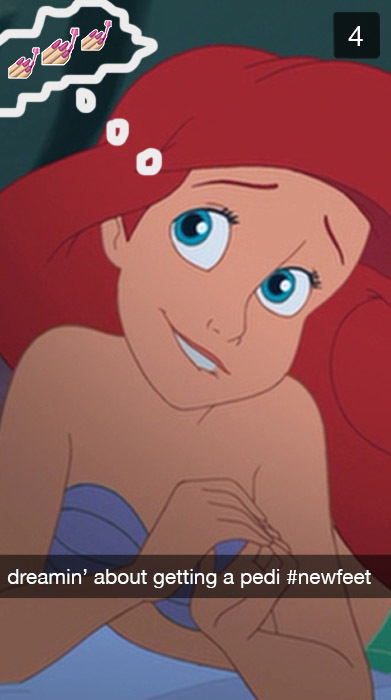 We're guessing that just about any snap from Ariel would be about her new feet. We'd be cool with that, especially if her new pedi showed off one of Kylie's new nail polish colors. Just sayin'. 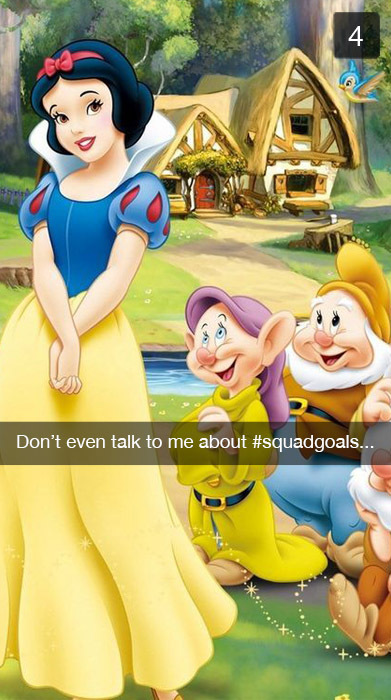 Snow White would pretty much only send pics of her and the Seven Dwarfs, and she would ALWAYS use her snaps as a subtle way to remind everyone that she was the original creator of #squadgoals. We're totally with you, Snow. 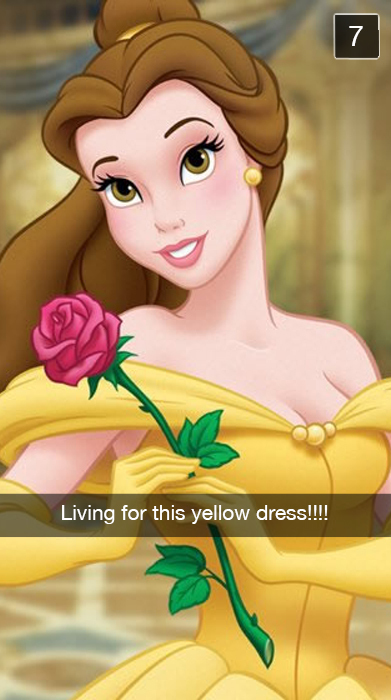 Belle would be sending us pictures of her beyond amazing closet and making us totally jealous of her wardrobe. 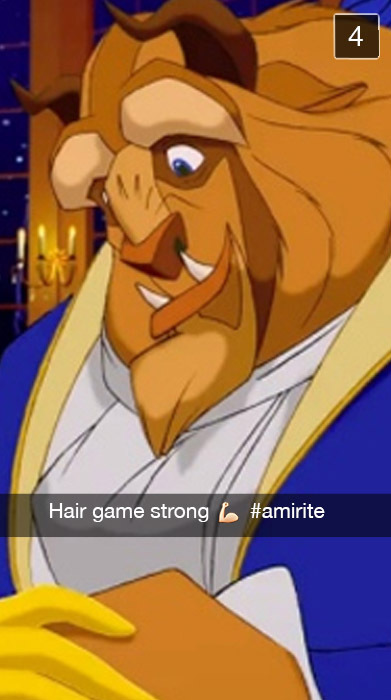 OR, she'd be snapping pictures of Beast on his particularly good hair days. Tbh, we wouldn't mind knowing all his hair secrets. 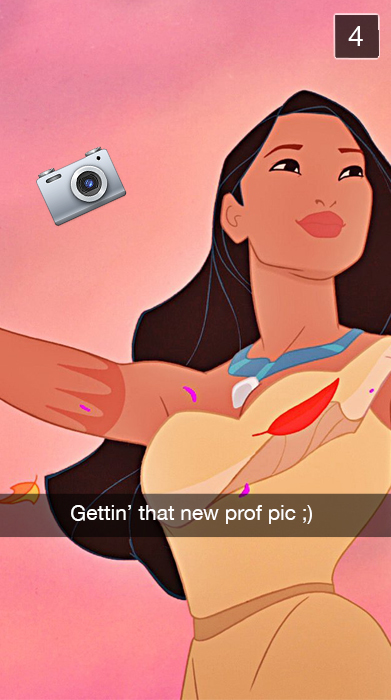 Pocahontas would constantly be posting nature pictures to her Snap Story that are totally candid and perfectly flawless. Let's be real here, the colors of the wind definitely work for her as a backdrop ?. 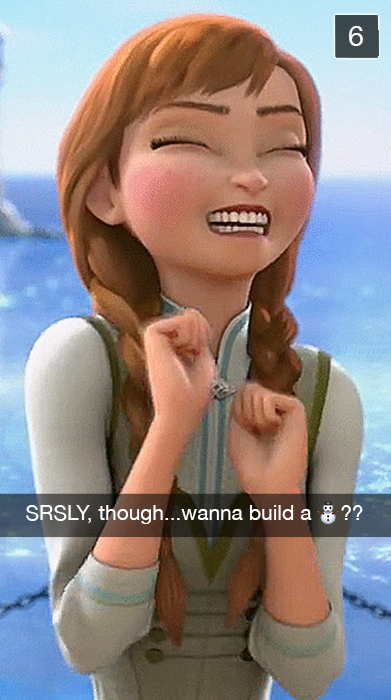 Anna would STILL be asking us if we want to build a snowman. We'd eventually give in. 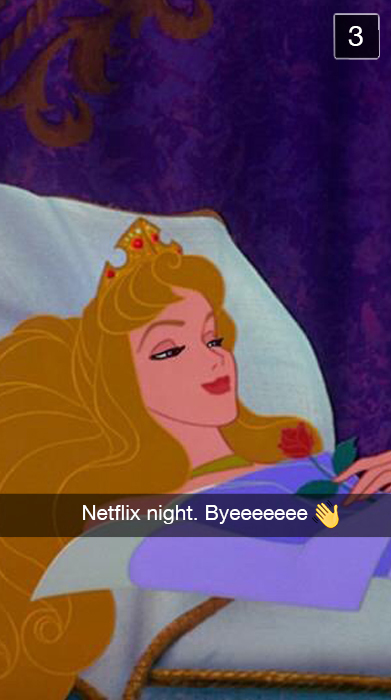 After a long day of picking berries in the forest, we would be sure to get a snap or two from Aurora cozying up in bed prepping for a Netflix sesh. Same, girl. 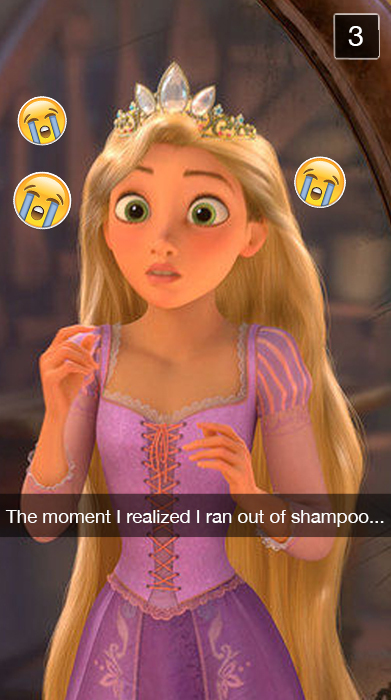 Rapunzel would send frequent snaps of her hair, reminding us just how perfect it is?. If we were lucky, she'd even post a Snap Story tutorial showing us how to make THE perfect fishtail braid. 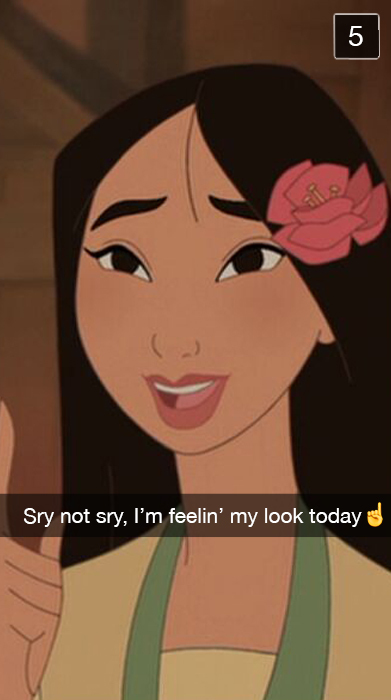 Mulan wouldn't snap a lot, but when she did, she'd make sure she only sent pictures of herself looking fierce. 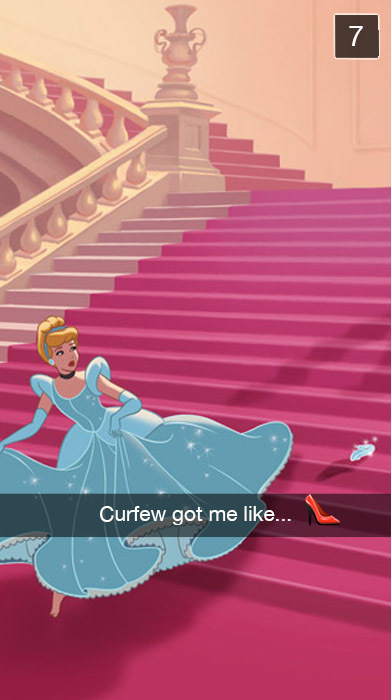 Cinderella would probs only send us pictures of her either A. Doing chores or B. Trying not to get grounded by her evil step mother. Makes sense. 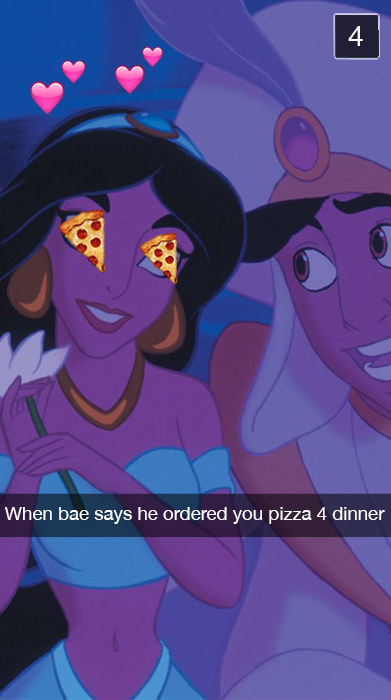 And Jasmine, well, she'd just be sending snaps that confirm Alladin is the best bae around. Cause, PIZZA?!

Sooo, maybe you won't be Snapchatting a Disney Princess anytime soon, but you could learn a thing or two from one of them about fashion. See what we mean HERE.