The Definitive Ranking of Every Core LaCroix Flavor

People either absolutely love it or passionately hate it. In defense of La Croix, it is a very light, refreshing drink—so long as you love the taste of sparkling water. It's all about that hint of fruity flavor, without the sugar and calories, and you truly can't expect La Croix to be anything but itself.

However, even the most dedicated La Croix fan will admit that some flavors just aren't worth sipping. Here is our ranking of every single core La Croix flavor. 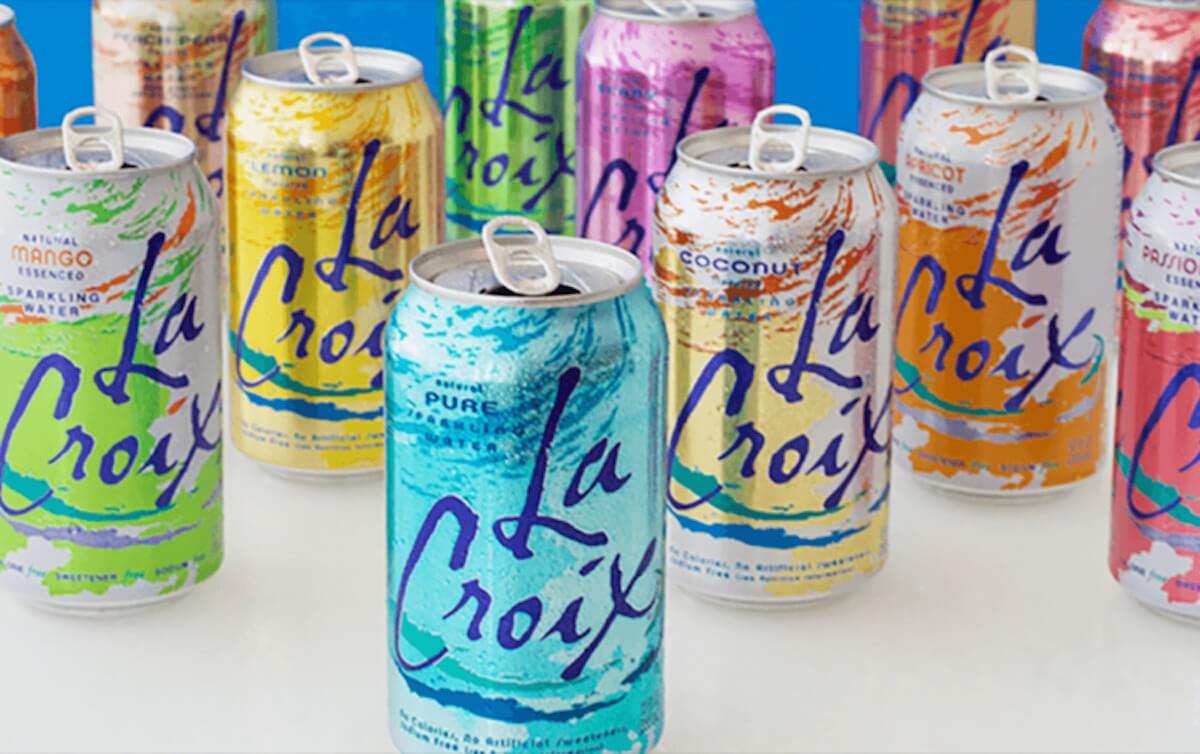 One word for this flavor—don't. 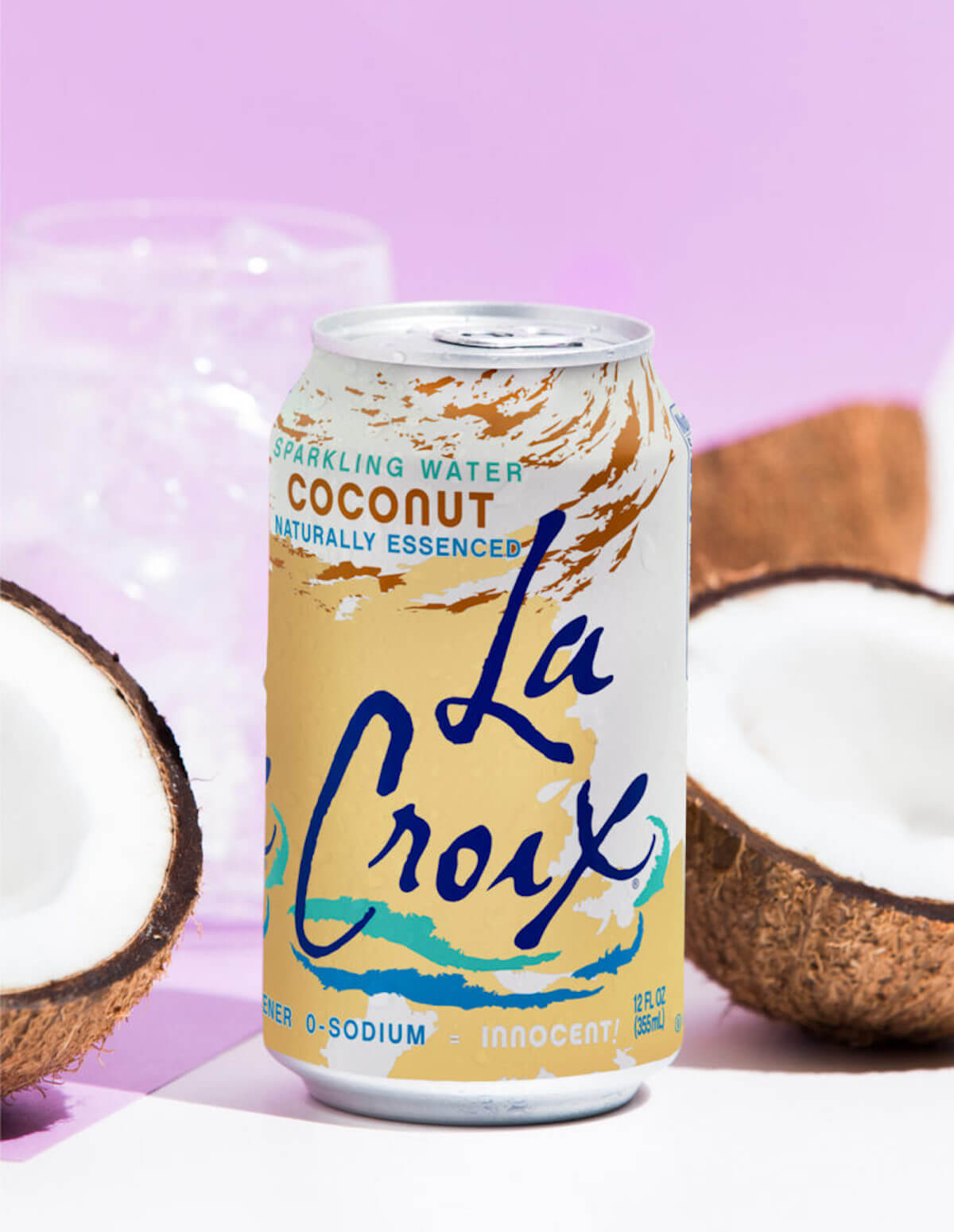 La Croix Berry has a very manufactured taste that ends up being more upsetting than refreshing. It doesn't have a specific berry flavor, so no single flavor stands out and there is such a bitter aftertaste that it's not worth the buy. 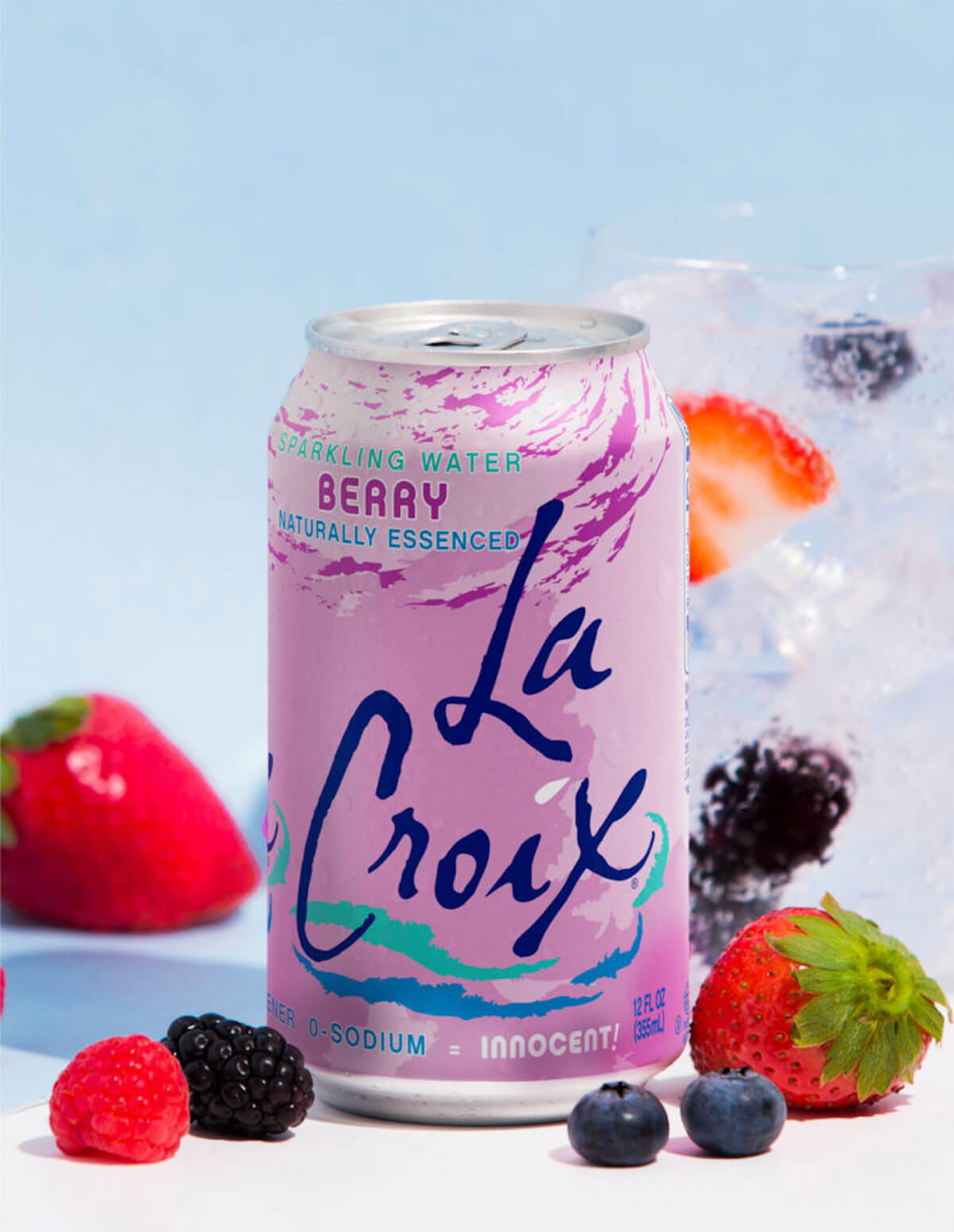 Peach-Pear may be the biggest disappointment on this list because the name sounds so good. Unfortunately, the peach flavor is very artificial and it ends up overpowering the pear. 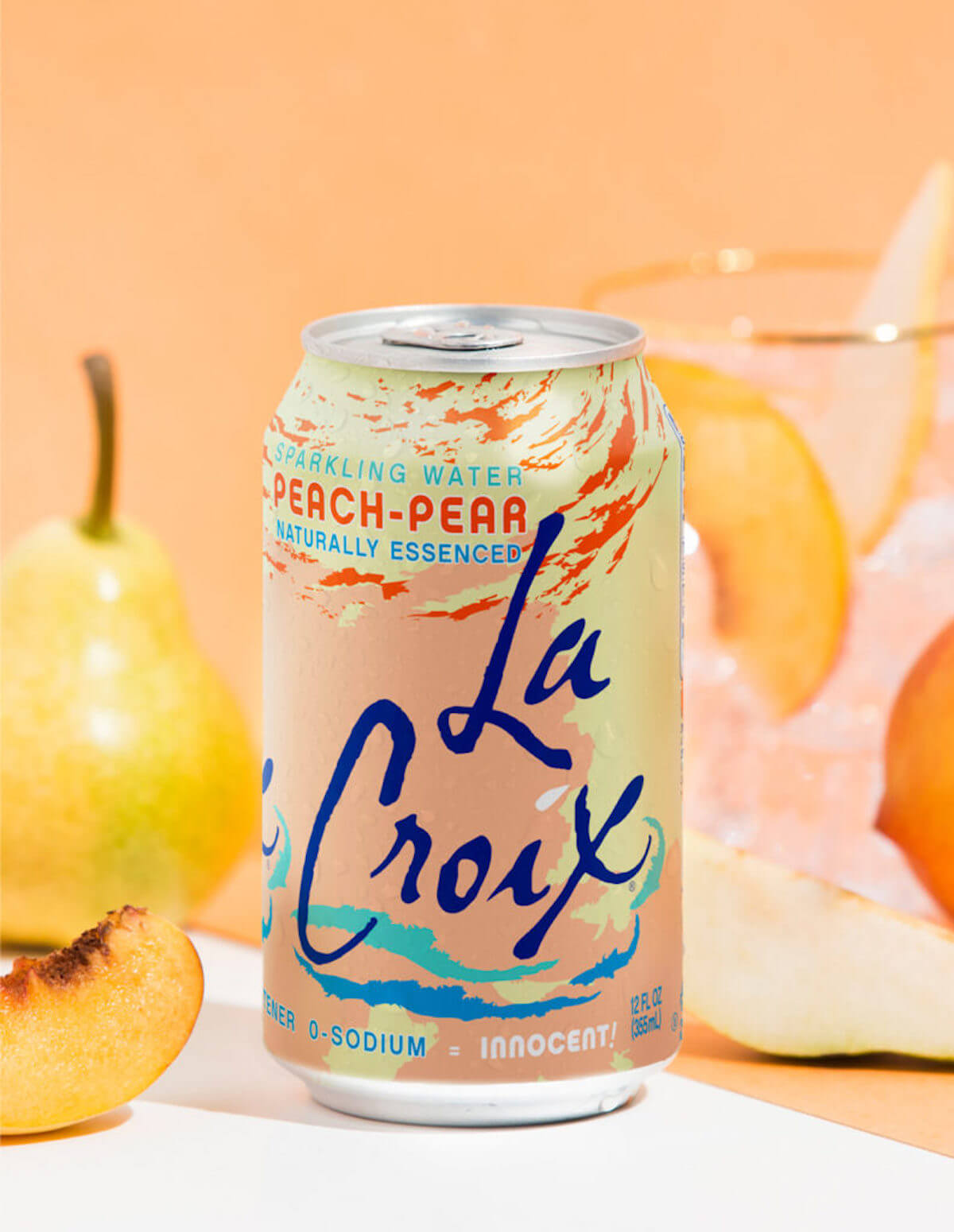 Orange isn't a bad flavor, but it's also not good. It depends on personal preference. Creating an orange-flavored drink is difficult because people usually crave a prominent orange taste, which isn't there. Still, some people love this flavor and there's nothing distinctly wrong with it. 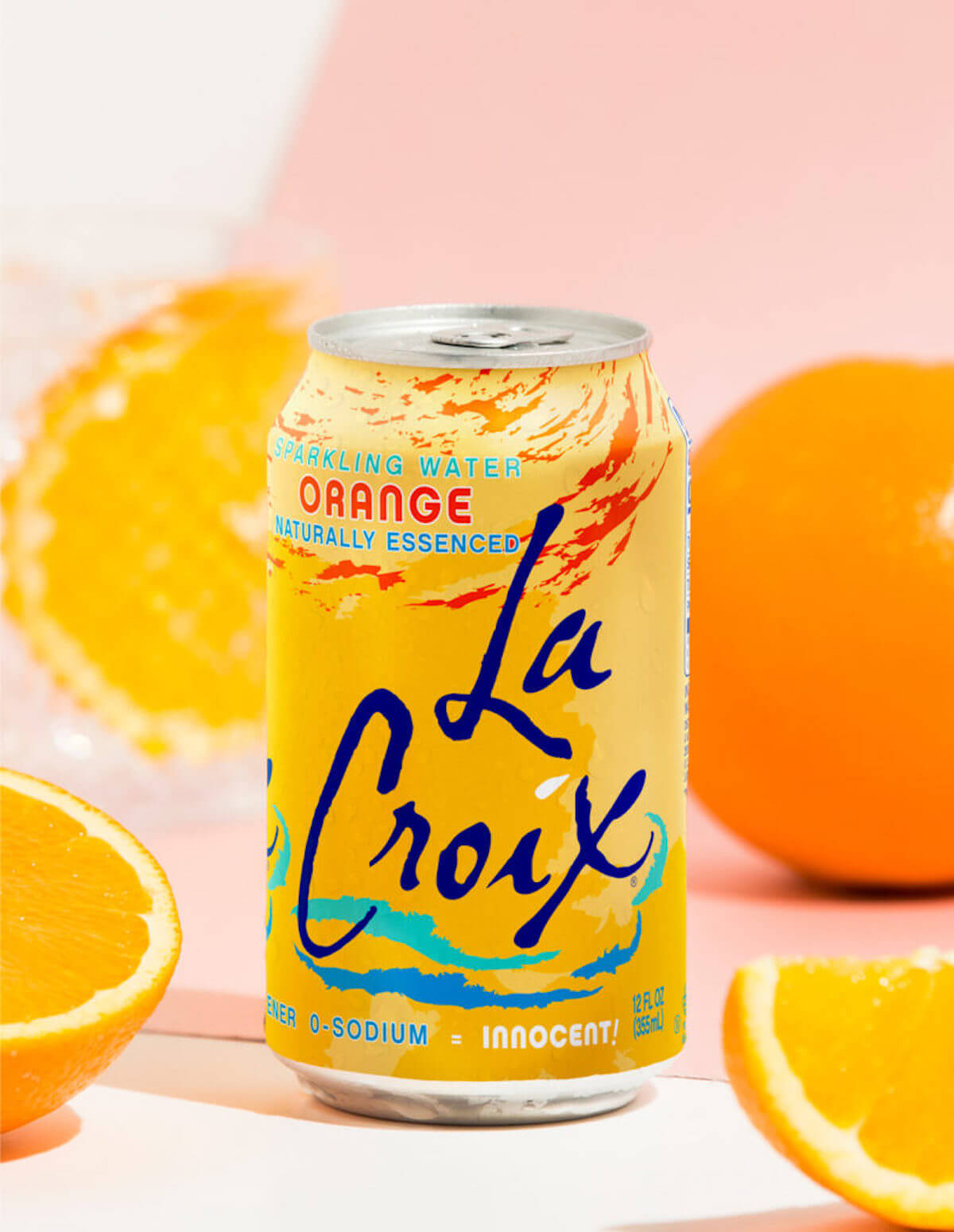 One of La Croix's newest additions to the lineup, Beach Plum, is also one of its biggest mysteries. It kind of tastes like a tropical adult beverage, with the flavor of a sweet, sweet plum mixed in. It's an odd flavor combination, to be sure, and while some might be drawn to it, it's a hard pass for us. 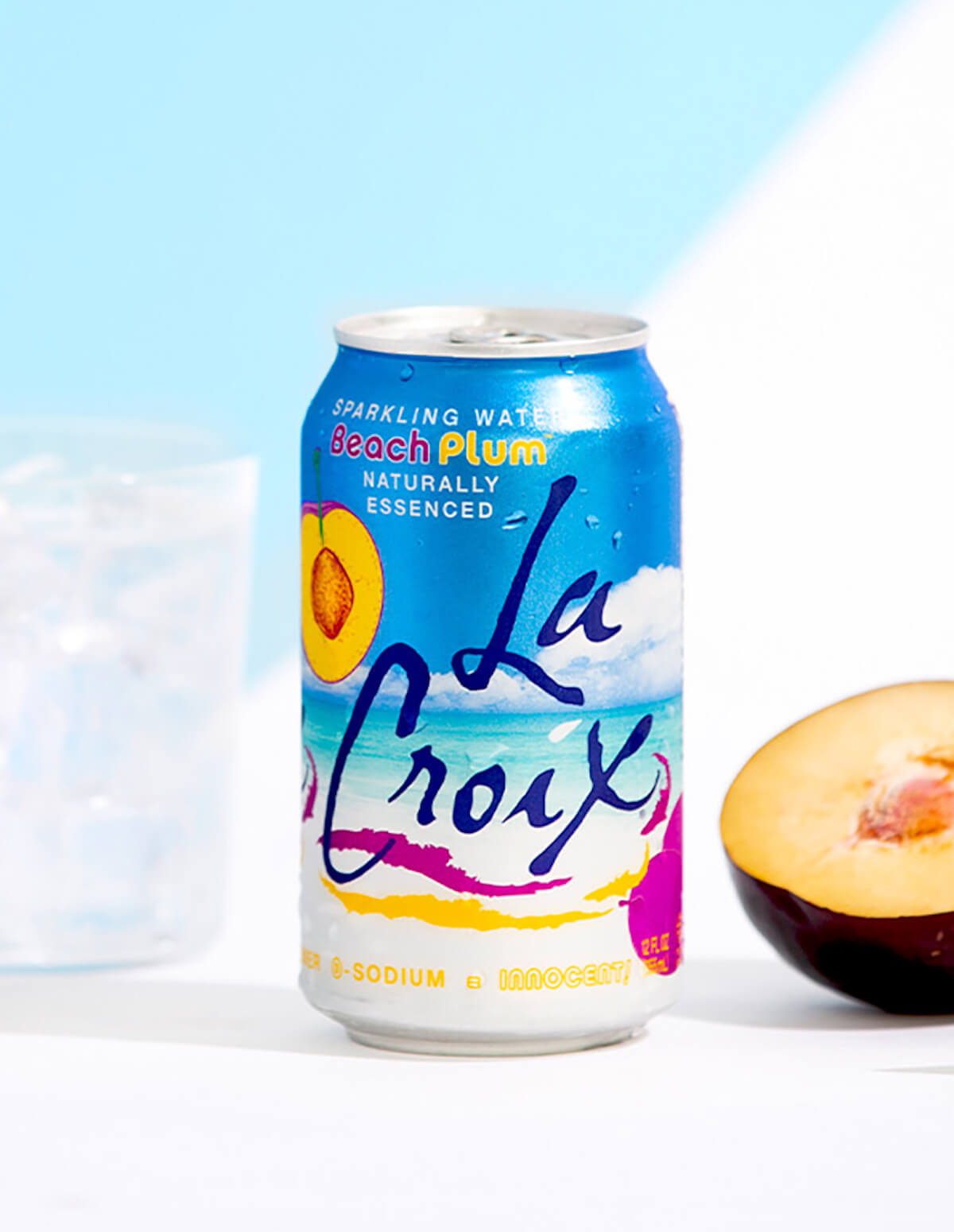 Pure La Croix is entirely neutral. It's nothing impressive because there is no flavor, but it's a nice sparkling drink if you don't want flavorings, or wish to add your own. 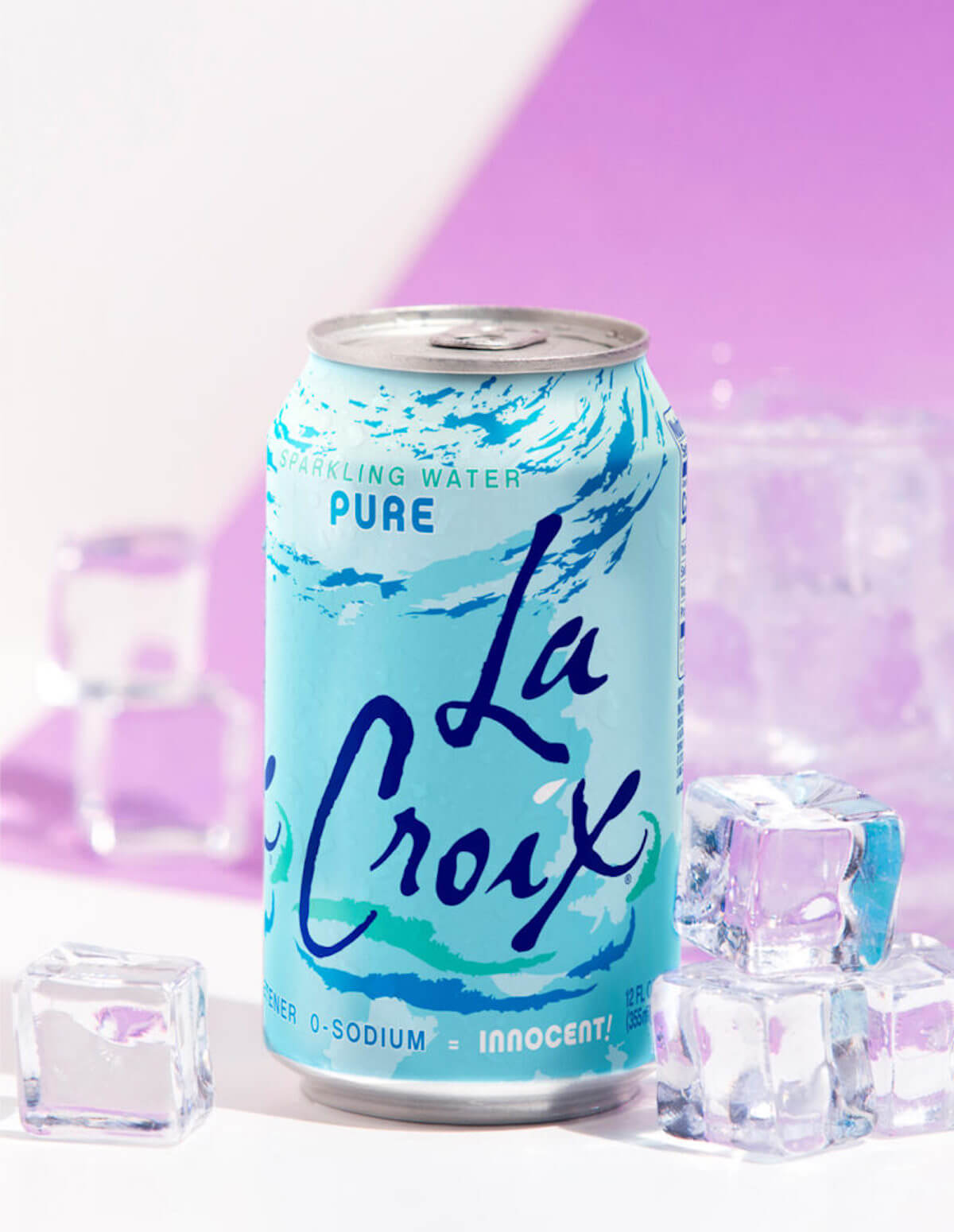 Also read about: A Definitive Ranking of EVERY Classic Flavor of Pop-Tarts

Floral sparkling drinks can be a bit weird but the brands don't completely nail them, and we think La Croix Cherry Blossom fits into that category. It's just a bit off, with a taste halfway between a cherry hard candy and a cherry cough drop. We think the botanical nature of the cherry blossom is what pushes the flavor in a weird direction—though we can also see why it might have its fans. 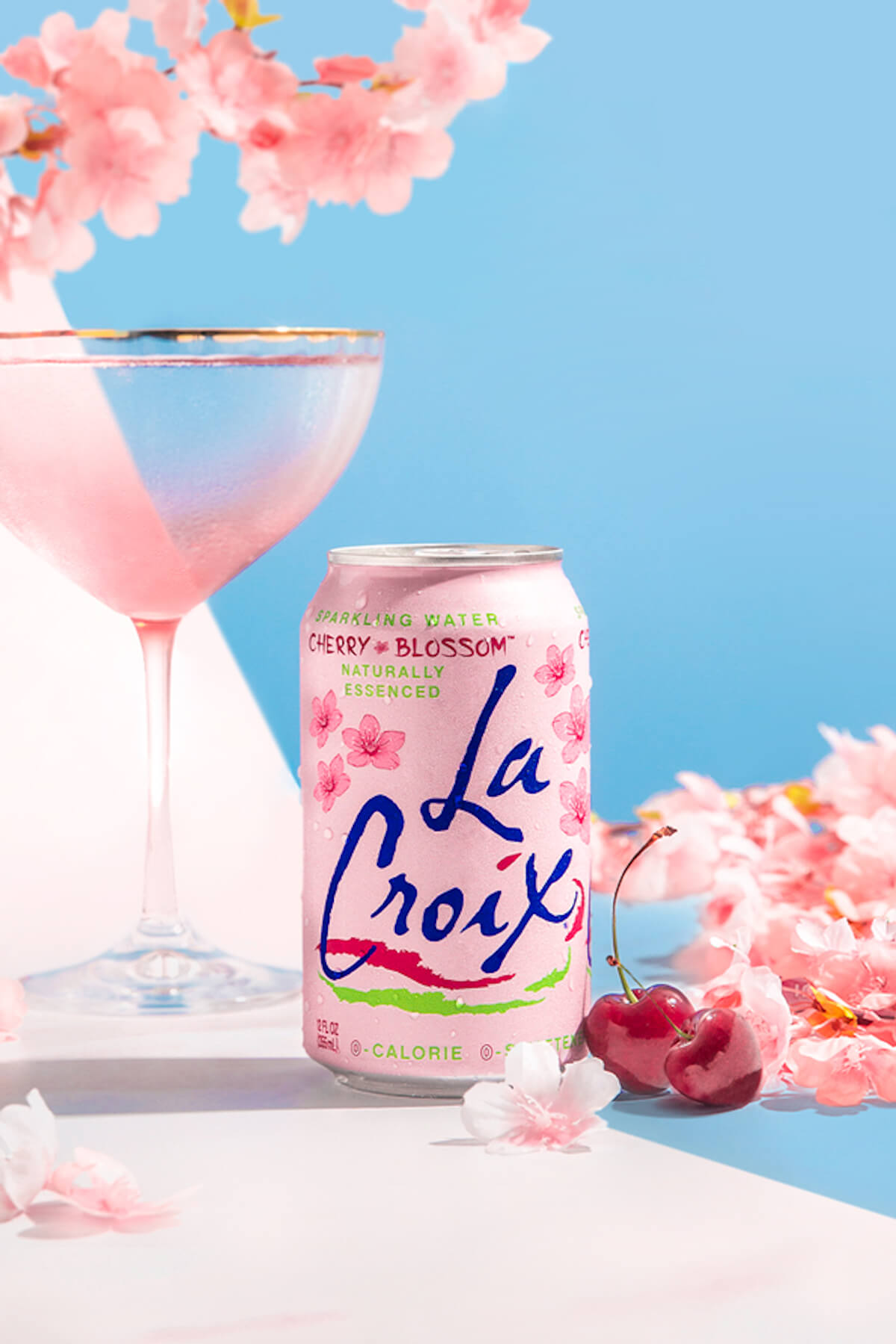 Copy and paste the orange flavor, but add a hint of sweetness. This one is better than orange because it doesn't try to be orange. It has just the right touch of citrus. It's a mellow drink that almost everyone will enjoy. 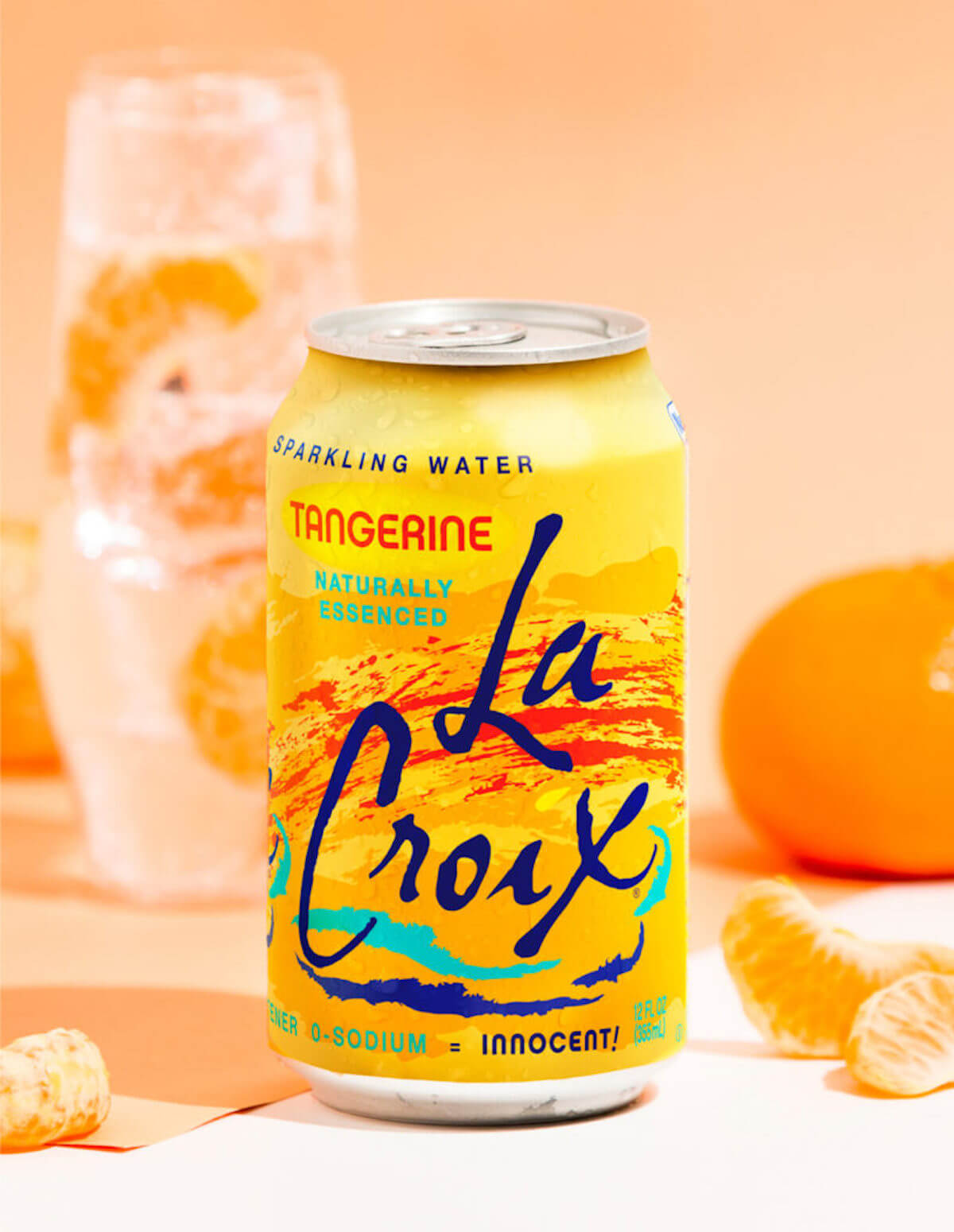 The apricot pops in this La Croix. It's present but not overpowering or artificial. It's perfect for summer nights or pairing with a green power salad. It tastes healthy, but in just the right way, so it's a definite yes from us. 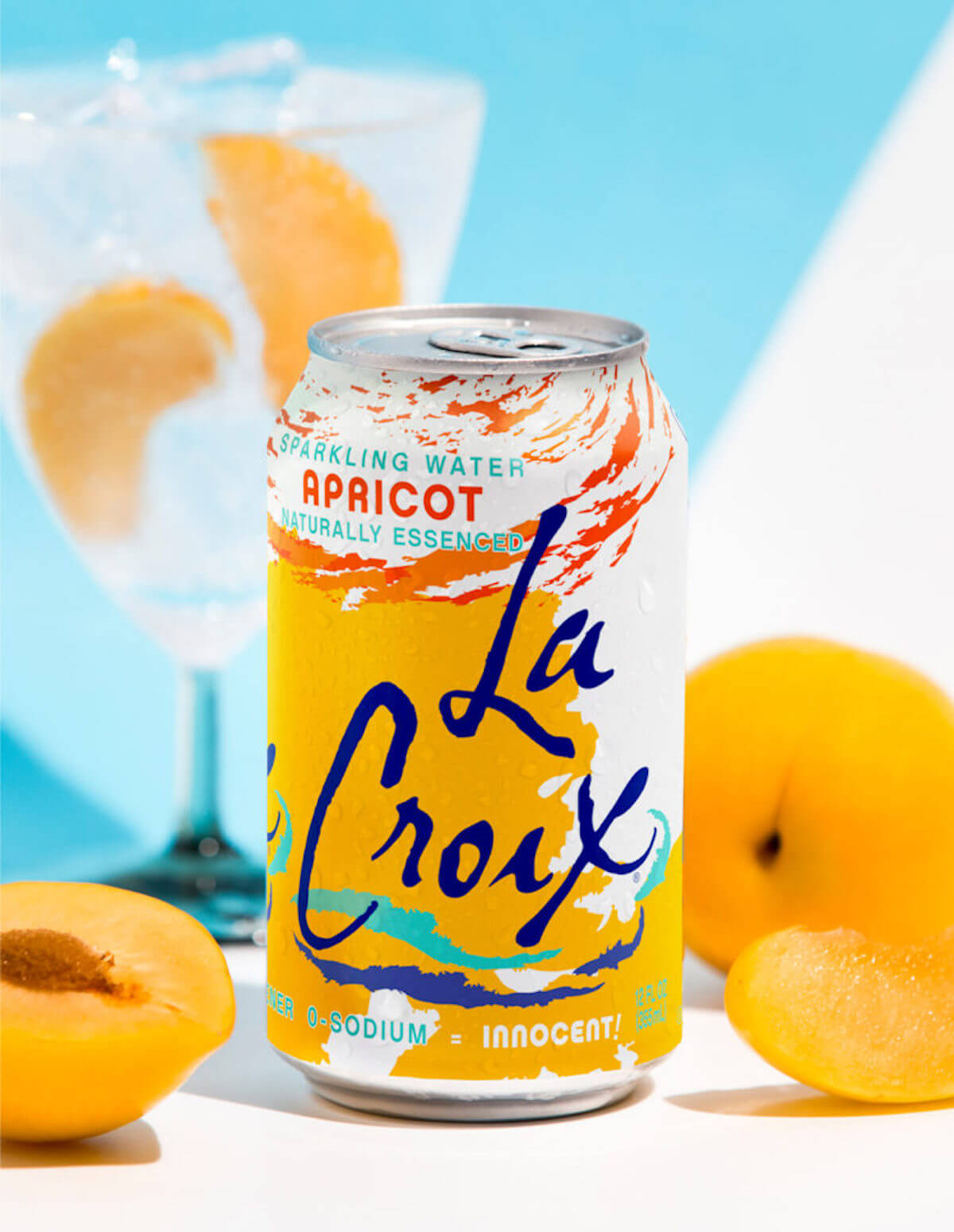 Razz-Cranberry is a unique and tasty flavor. The two berries perfectly complement each other. It's just sweet enough with a hint of bitterness from the cranberry to balance it out. It's also perfect for the holiday season. It's an excellent base for cranberry-themed festive drinks. 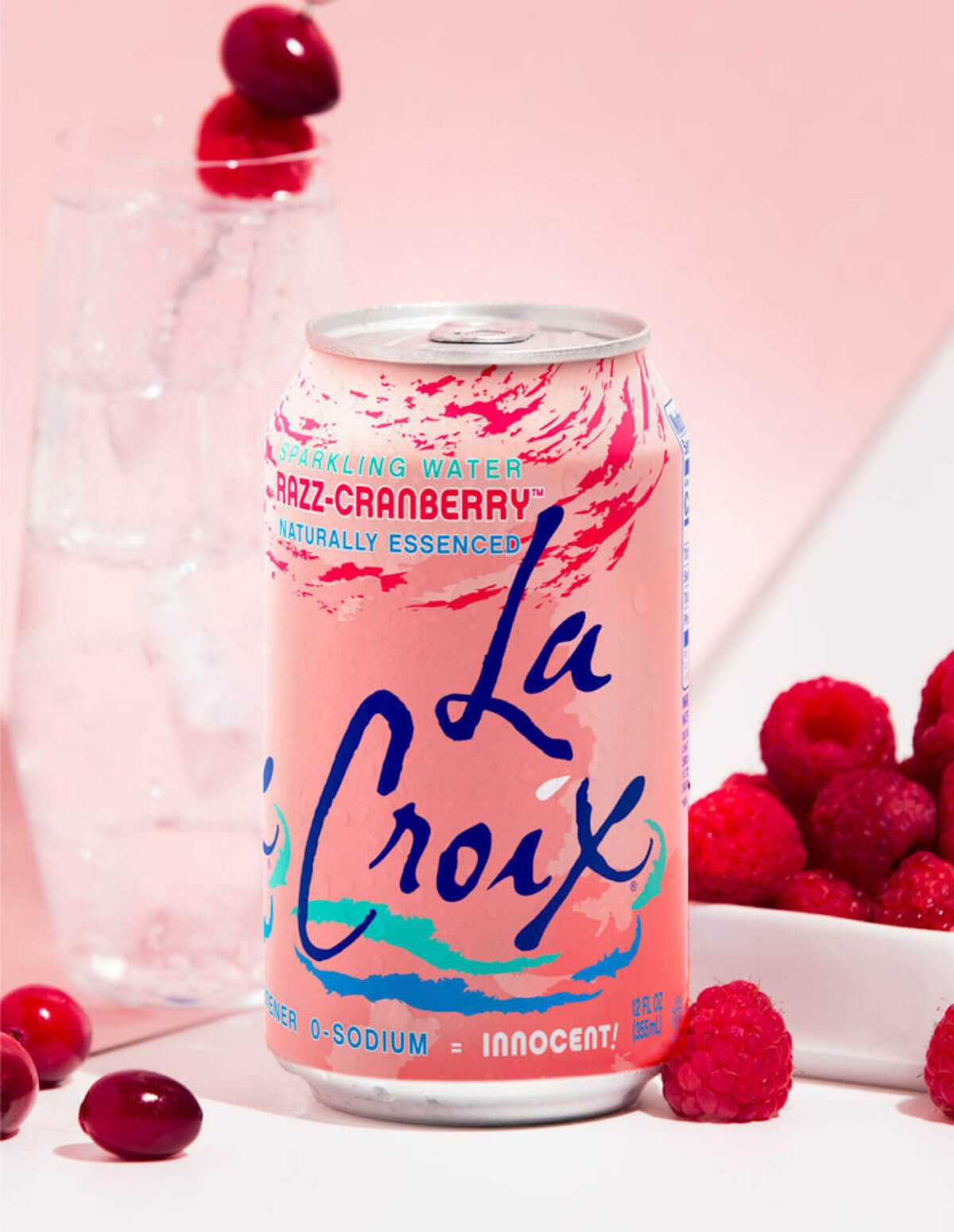 Hi-Biscus! is the most controversial flavor. Some people believe it's too flowery, while others claim it's delightfully delightful. We appreciate Hi-Biscus because it is so distinct from the other flavors and we think the floral tones work well in this bubbly drink. 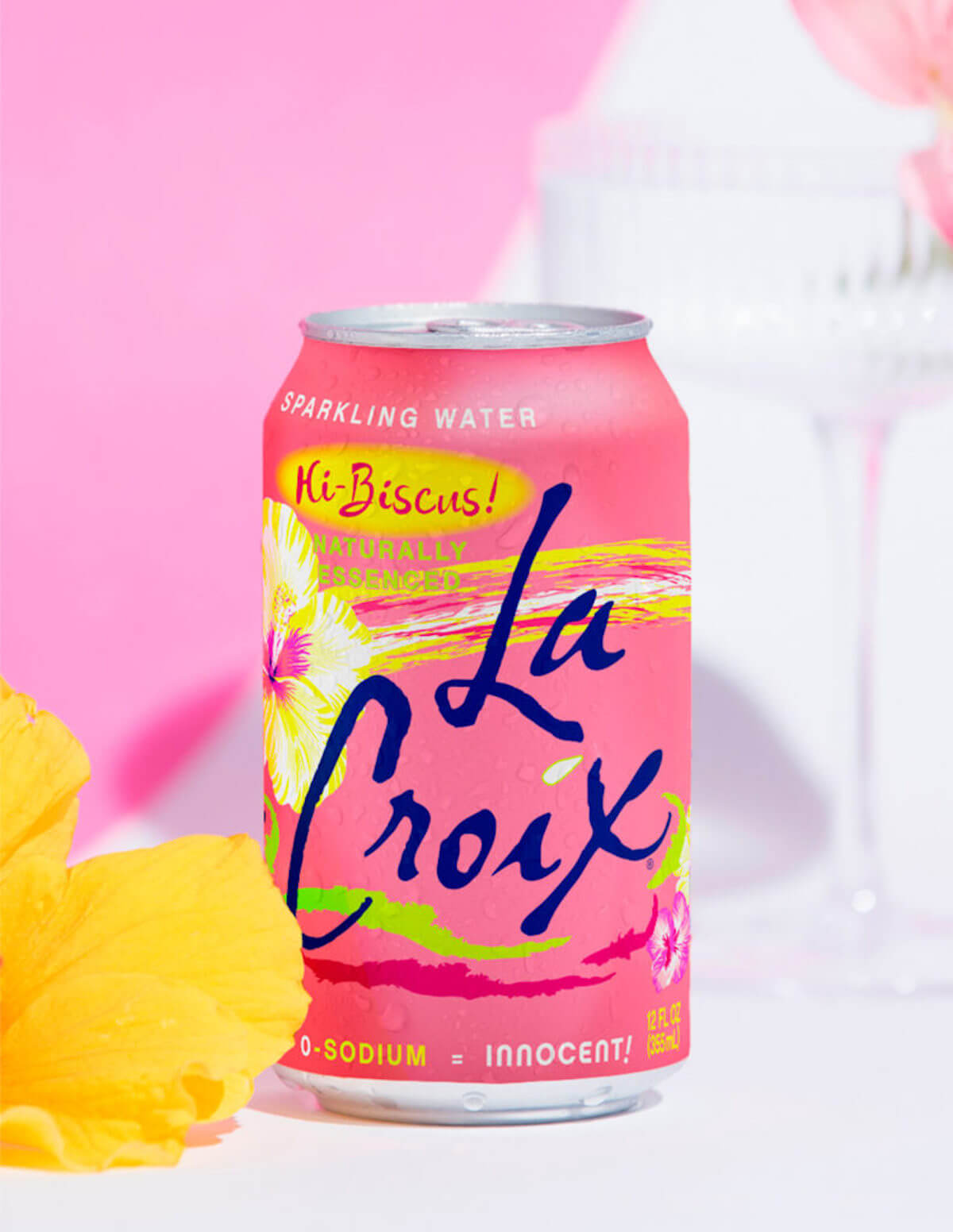 Also read about: A Definitive Ranking of BJ's Restaurant's Pizookies

We had high hopes for a guava-flavored La Croix, and while we like Guava Sao Paulo, it does fall a little flat. Guava is a fruit that evokes tropical destinations and bold fruitiness, and while the flavor is there, it's milder than we'd like. We just wish we could really taste that guava! 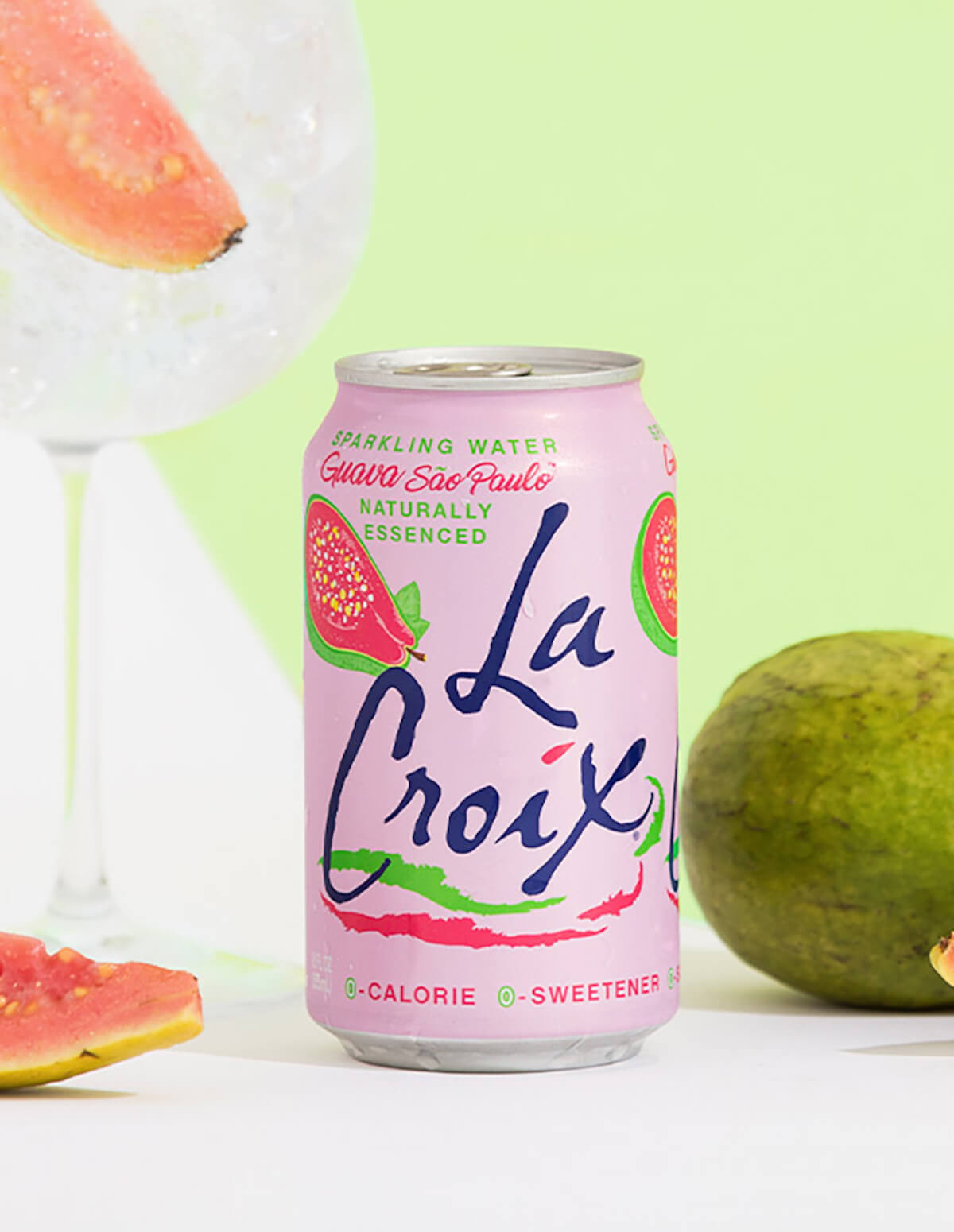 Passion Fruit has a sharp taste, but it's not bad. It's a more distinctive flavor than other sparkling waters like lemon, lime, orange and the like. It's a great drink, but it's an acquired taste and not for everybody. It would be best if you started with a single can before committing to an entire case. 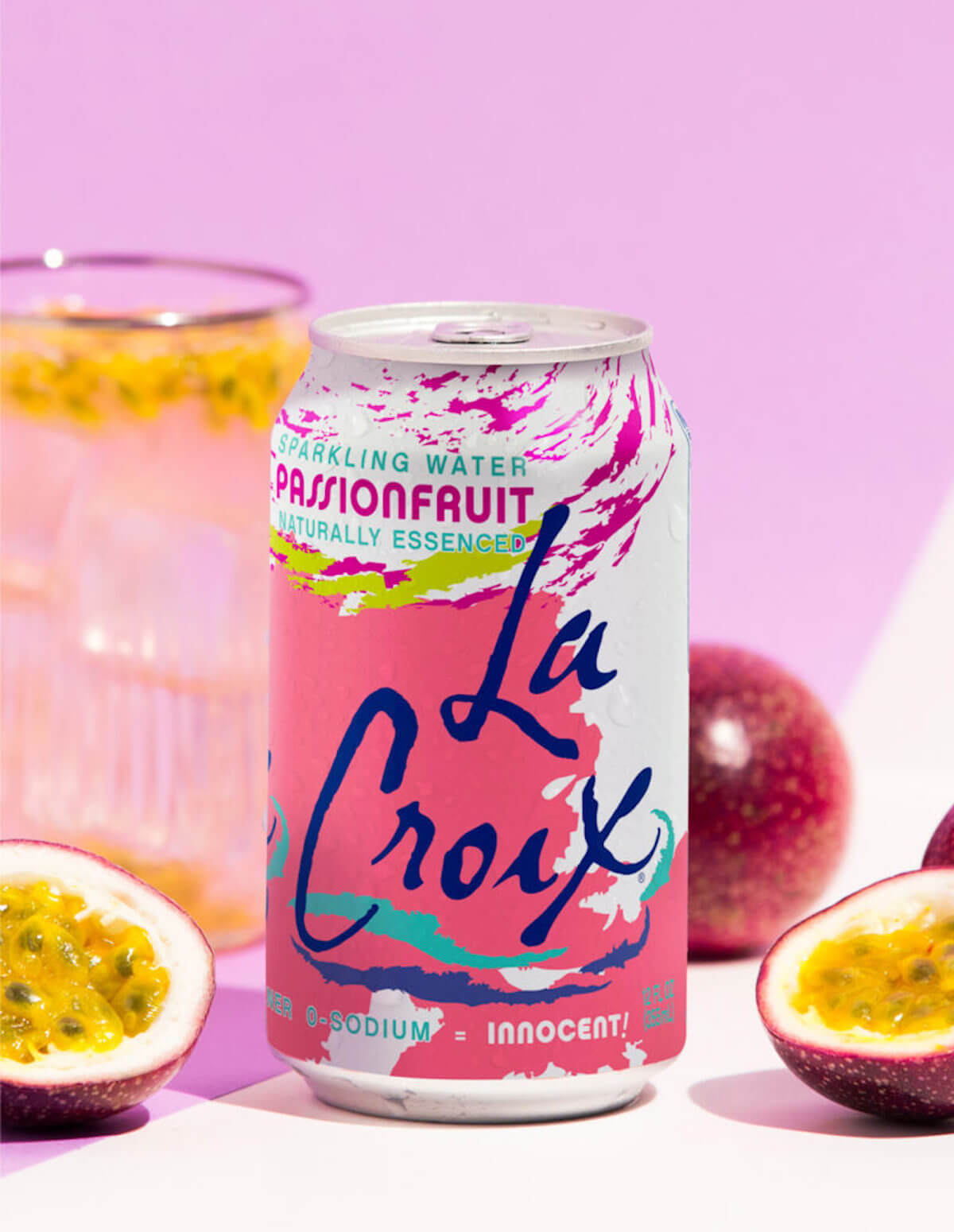 Pamplemousse, which is French for grapefruit, is an unlikely success. Grapefruit is a bitter fruit, but La Croix's take on it is very subtle and refreshing. There's a slight hint of citrus, but it isn't overpowering. Everyone should try this flavor because even people who can't stand grapefruit might be a surprise fan. 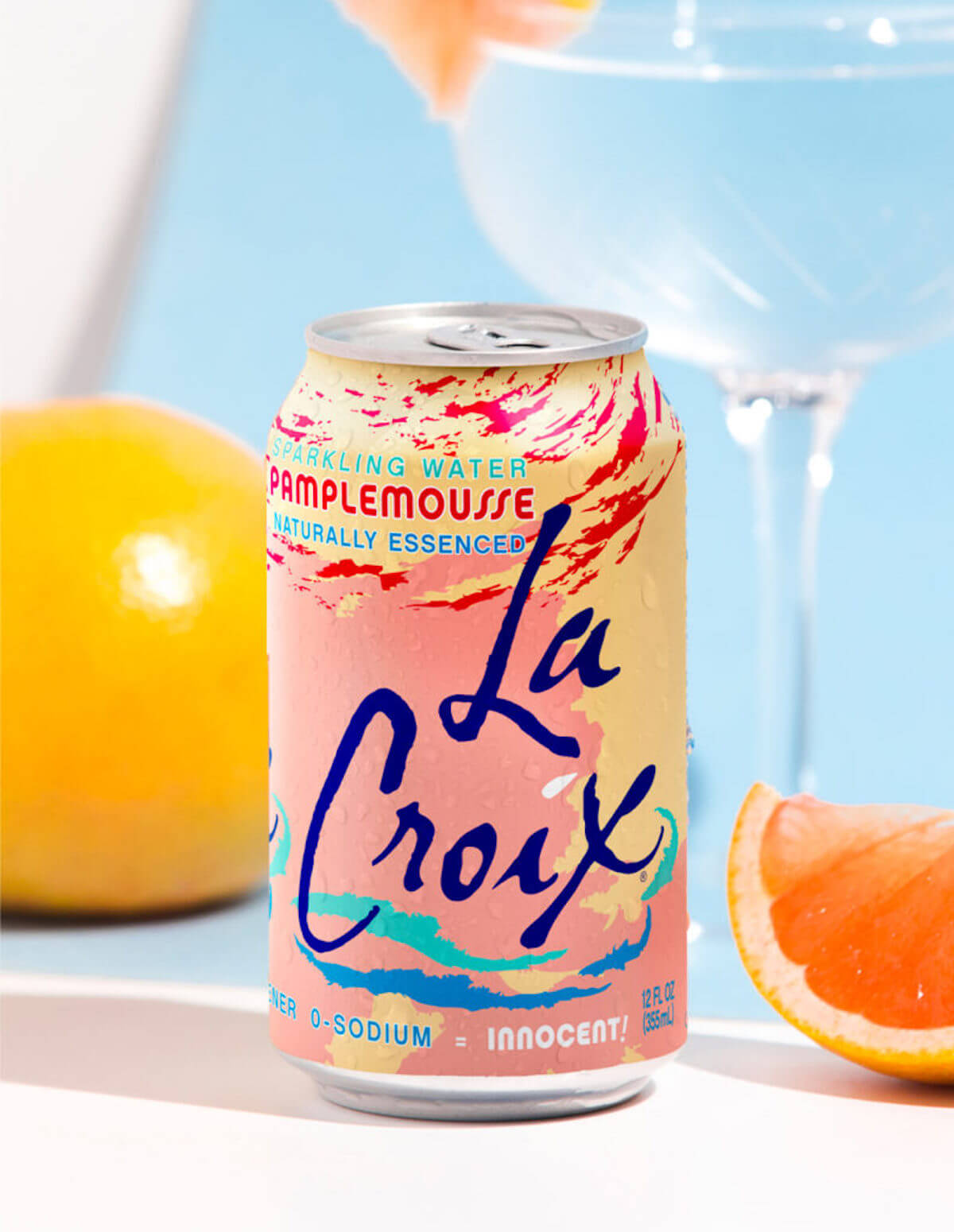 We have to admit we didn't expect too much from this newer Black Razzberry flavor, but when we finally tried it, we were shocked with how high it ranked for us. It's got a pretty bold berry flavor, blending raspberry and blackberry to create something crisp, refreshing and oh-so craveable. 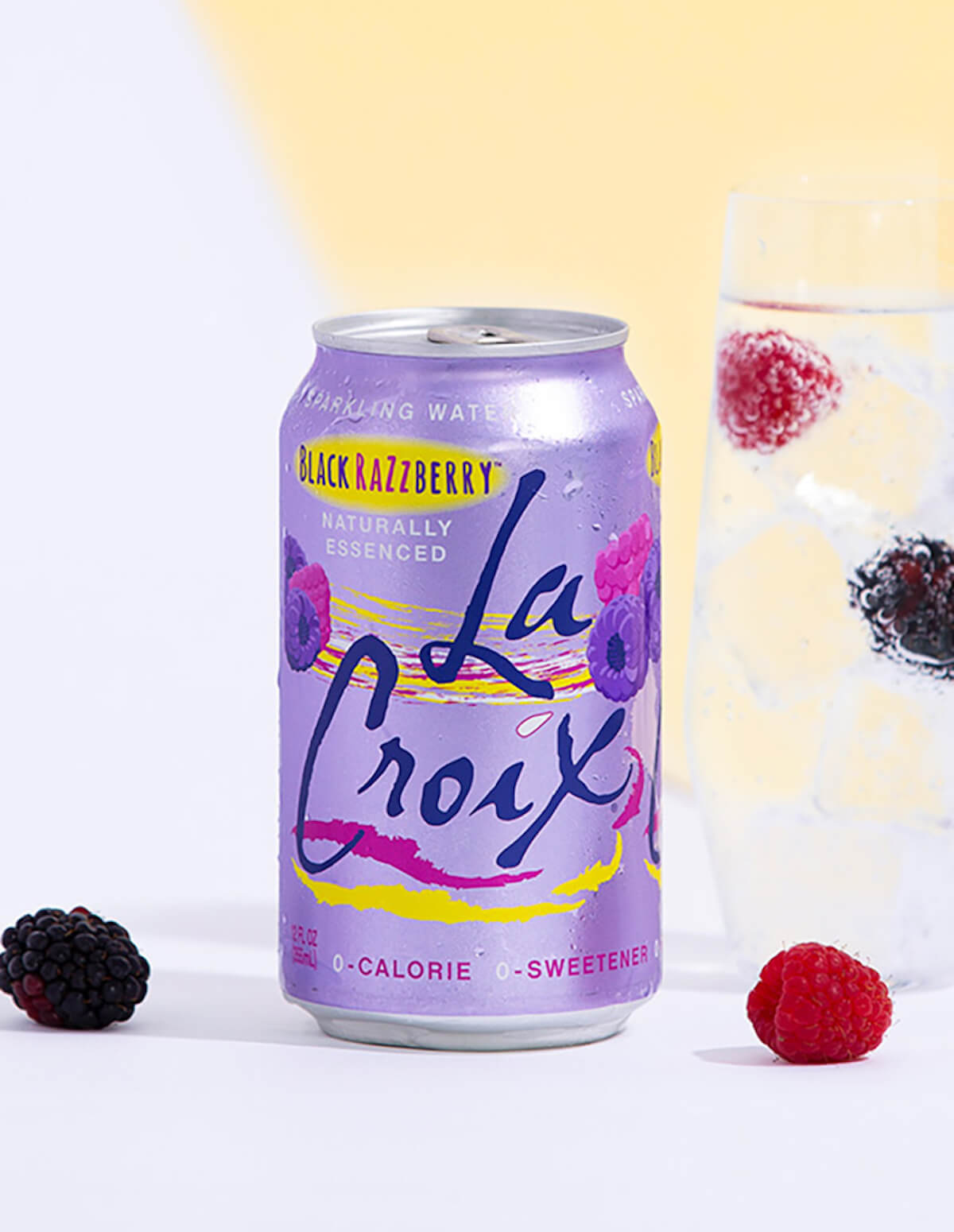 The plot twist with this flavor is that If you're a die-hard mango fan, this probably won't be your favorite La Croix. It doesn't have a real mango taste. However, it's still very delicious. It has a distinctly tropical flavor that is delightfully tasty. 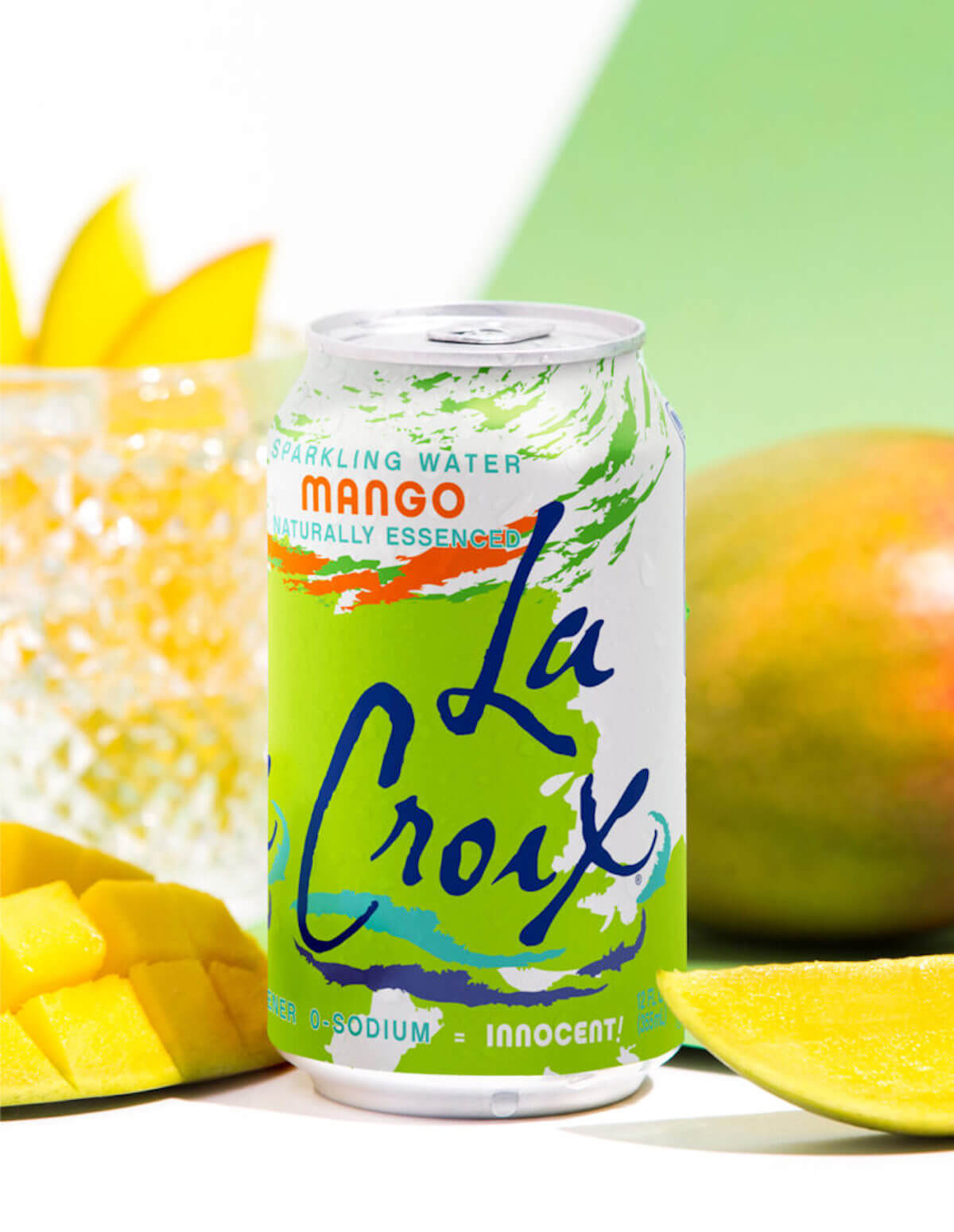 Pastèque is everything we hoped it would be and more. It's almost like drinking sparkling water infused with a watermelon Jolly Rancher. Watermelon can easily taste too sweet, but Pastèque strikes a nice balance. You really can't go wrong with this flavor. 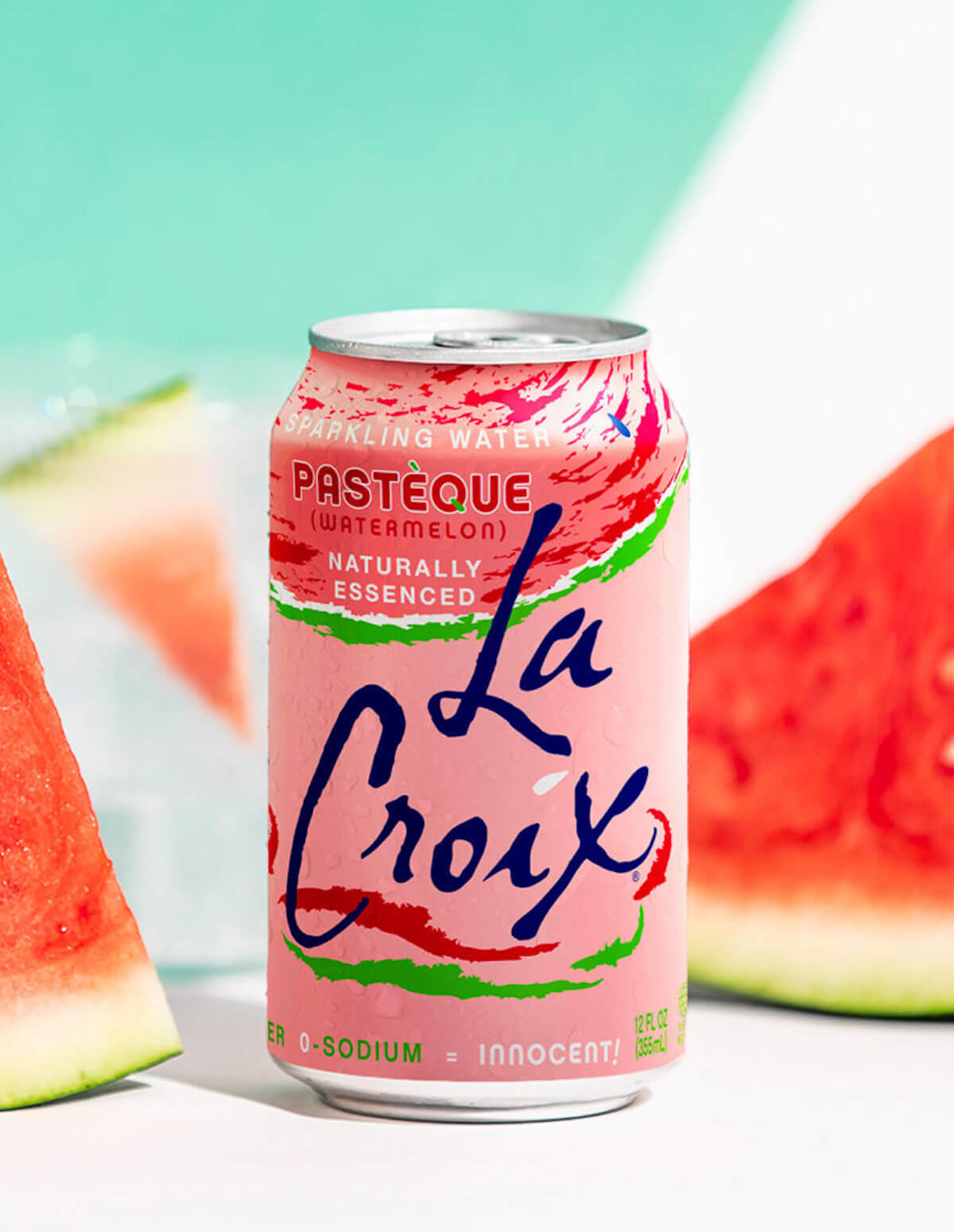 Lime is a fail-safe flavor. It's light and reminiscent of a summer's night. Similar to the next flavor, it's a classic taste that La Croix nailed perfectly. It tastes like sparkling water with fresh lime that you squeezed yourself. It's the ideal sparkling drink. 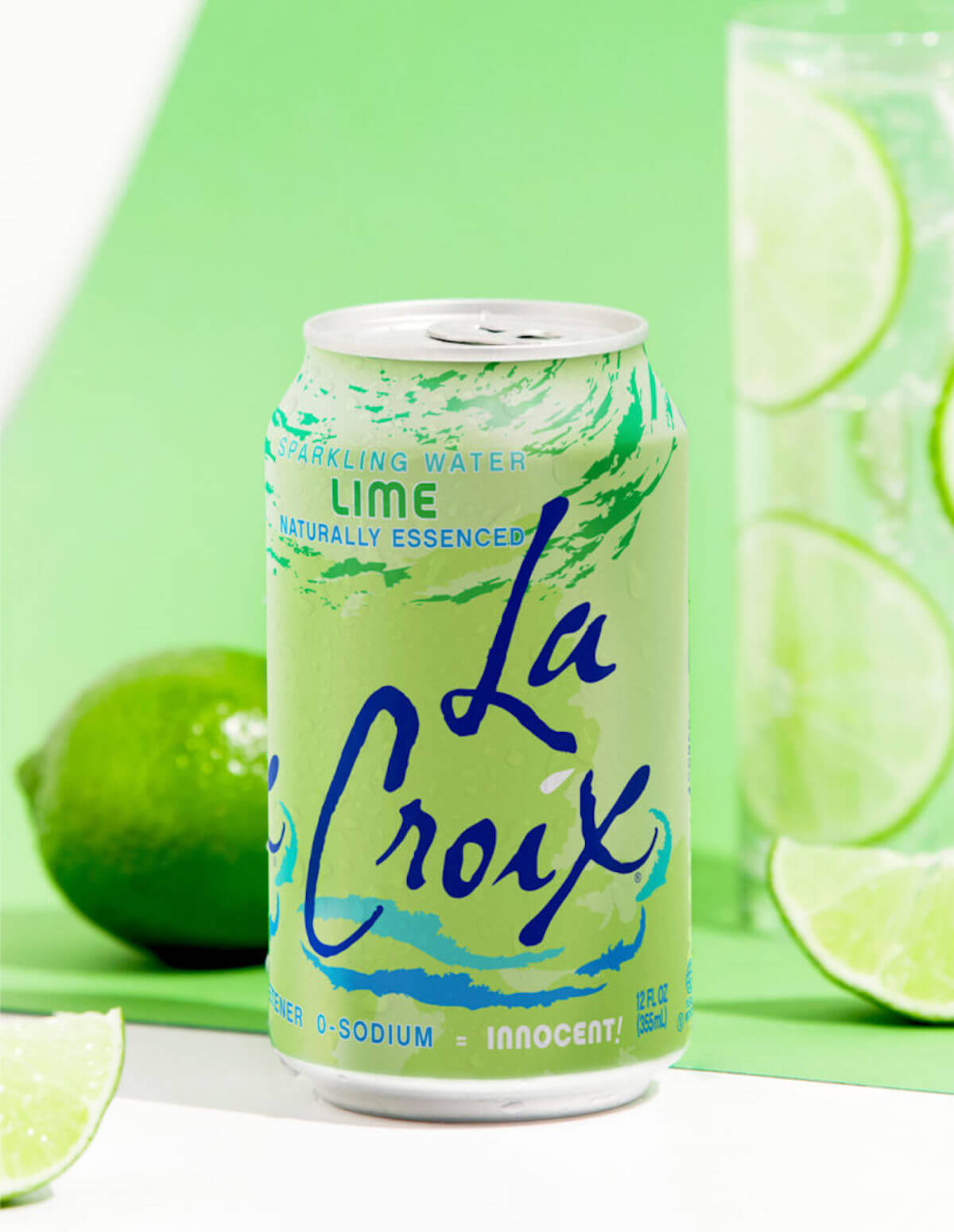 You can never go wrong with sparkling lemon water. La Croix hits the perfect balance of lemon flavor that makes it refreshing but not overpowering. It might seem like a bland flavor, but it's just so well-done it's an instant favorite. It's one of the best flavors to try if you haven't sampled La Croix before. 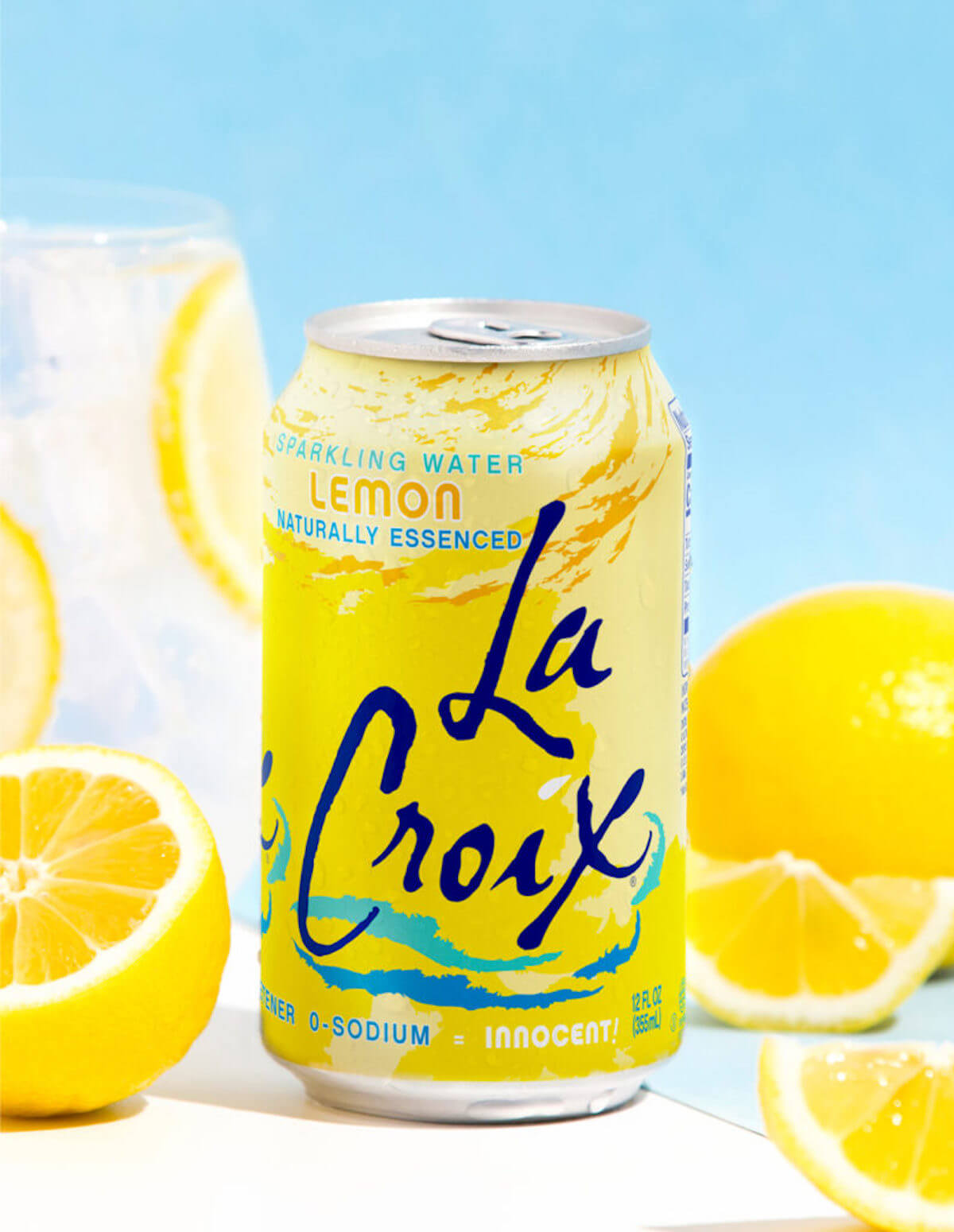 Imagine lemonade with a hint of vanilla. Sounds weird, right? Somehow those two flavors meld perfectly in La Croix's new Limoncello flavor. Limoncello is an Italian liqueur, but La Croix bottled its essence so we could all enjoy the unusual but fun taste. 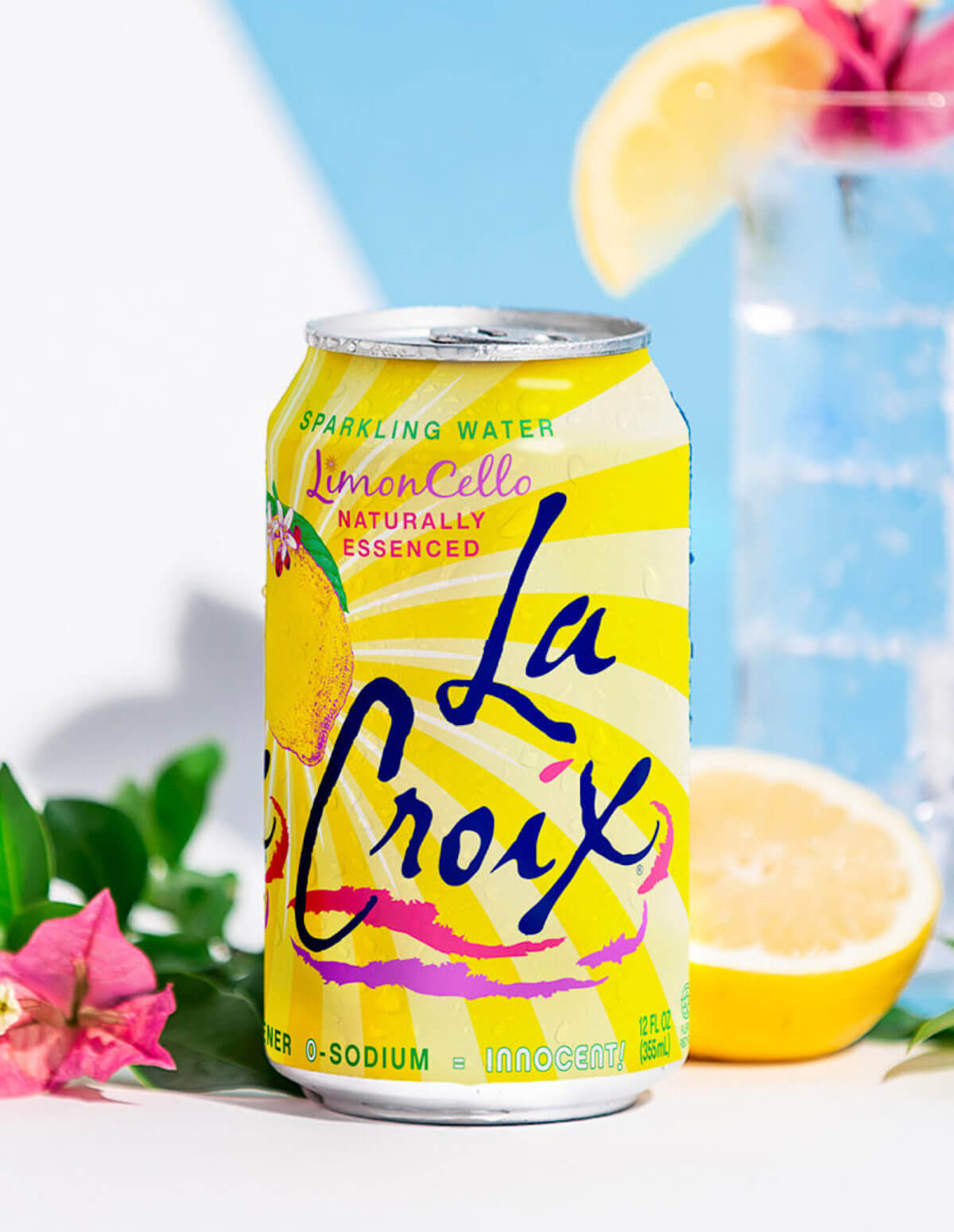 Key Lime is the reigning queen of all La Croix flavors. It has the most flavor, and it's the perfect mix of tart and sweet. It's reminiscent of cream soda with a strong taste that's satisfying and flavorful. Key lime, you have our hearts and our tastebuds. You can do no wrong. 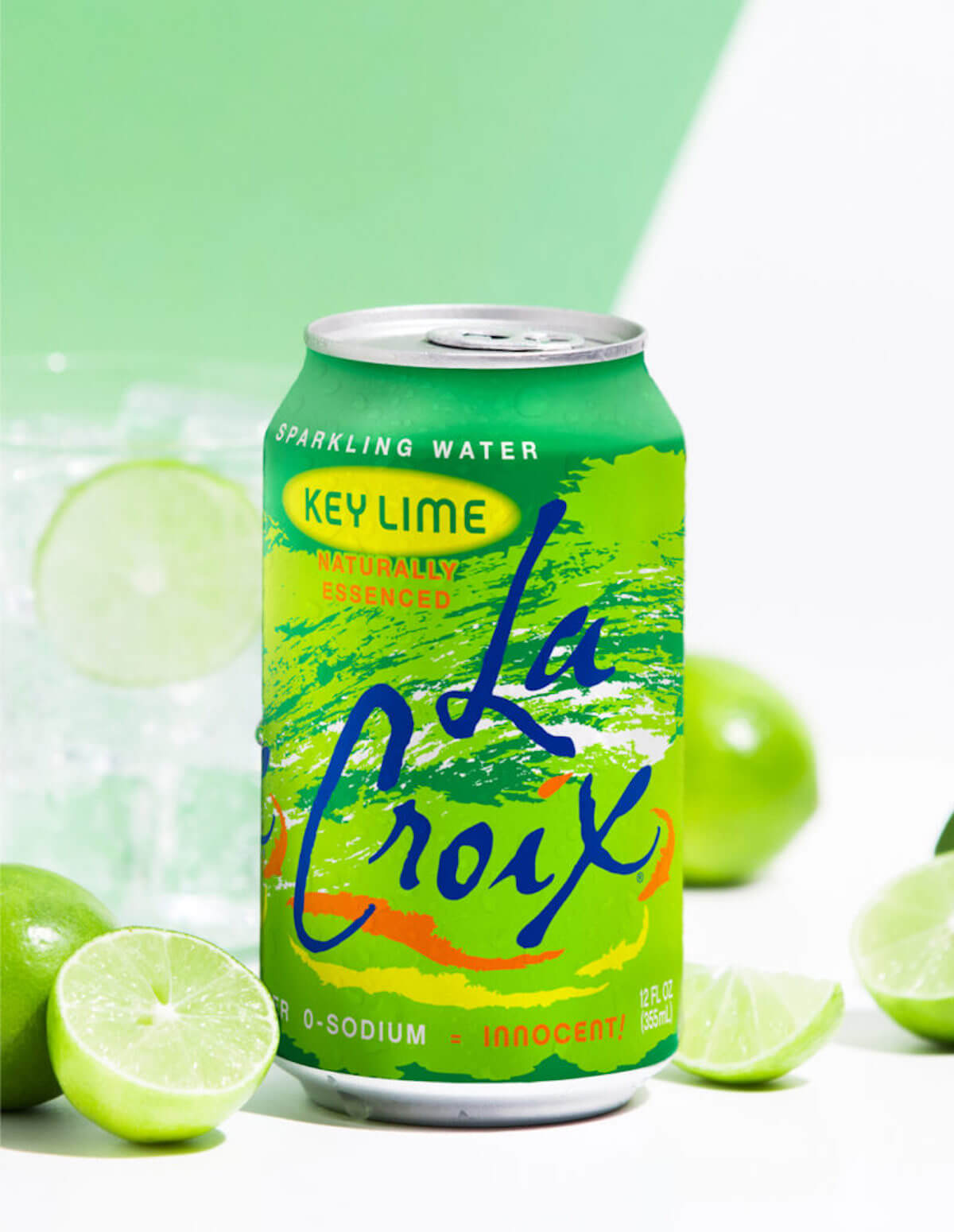 Are you a La Croix super-fan who's tried every flavor and wants more? Well, you're going to love United Sodas of America, which has a dozen unique pop flavors and are just 30 calories per can!